Popular UK Hairstylist Mary of Papachichi Style recently exchanged the marital vows with her best friend and shoe designer, Marlon, after dating for 8 years without sex!

Marlon and I met at the age of 17. He came to visit a mutual friend at my college and we exchanged a brief “hello” and that was it. After class my friend let me know he was interested in me but I just shrugged it off. Two months later Marlon and I met again at a party, he kept asking me to dance with him all night, but I declined – eventually he stopped asking. The next morning I got a text on my phone from an unknown number, he said “It’s Marlon“, I replied saying “I think you’ve got the wrong Mary and the wrong number”.

He quickly apologized for the “mix up” explaining how he had got my number from a friend, but was trying to get in touch with another Mary but magically got mine.At that point I realized who he was, the same guy from the club. After a few weeks he added me on MSN, we began messaging each other back and forth and it progressed from small talk  to all night phone conversations and meet ups. 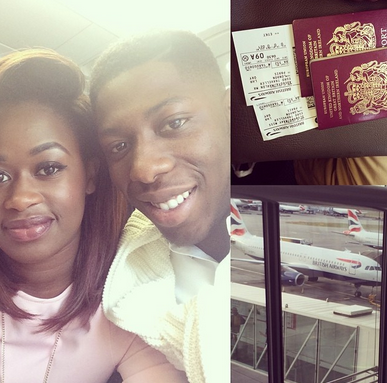 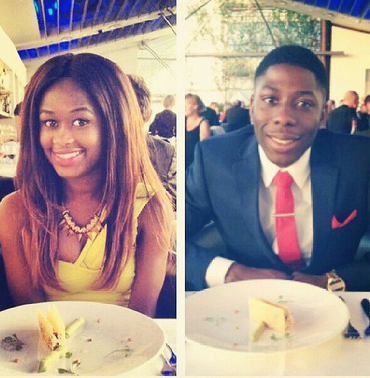 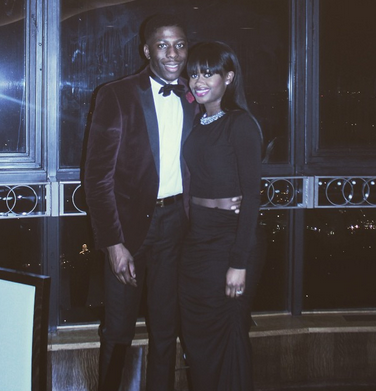 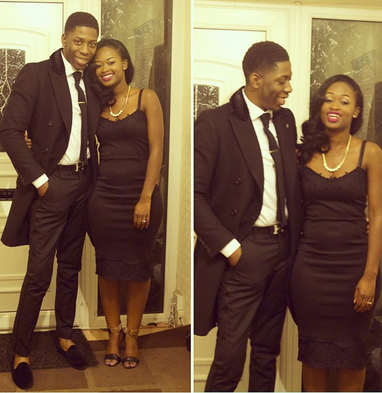 At the time, I felt like I had to let him know I wasn’t ready for a relationship, but we could be friends. He agreed to this but often asked me regularly if I was ready to become something more. I knew I really liked Marlon, but I was afraid to jump into a relationship. So, after a year or so of friendship it was time for us both to head off to university, I stayed in London and he was off to Kent.

He asked to make it official and I accepted on one condition, that we would wait till our wedding day before we would have sex. He told me straight up – “I can’t guarantee that, but you’re worth it so I will try”. 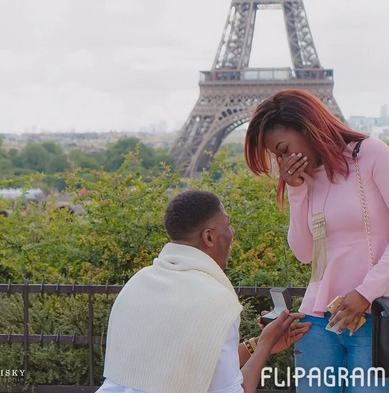 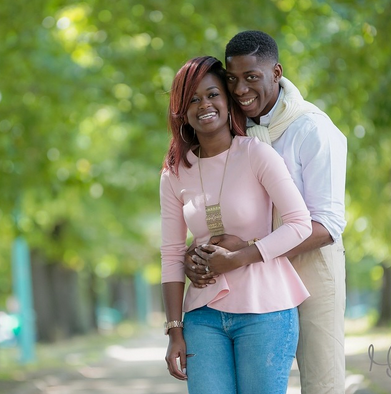 January 2014, Marlon told me I’m going to propose to you this year, I was so annoyed, I told him “it’s meant to be a surprise you’re not meant to tell me” and he replied smartly “there’s 12 months in the year, so keep guessing”.

Our anniversary was in September, so from July I started preparing myself and he kept dropping hints which made me think he was definitely going to propose in September. For me, it was a great distraction because by nature I am known to ask a million questions, making me very hard to surprise.One random day in August, Marlon asked me to fly to Paris with him. Now, being a Pastor’s daughter I knew it was almost impossible for me to go – he said it was only for a day and we’ll be back by evening, but I really didn’t even know how to ask my parents but I did and surprisingly they agreed.

The only problem was on the day we were meant to fly out, I had clients booked in that I didn’t want to cancel, so I mentioned this to him and he assured me that I shouldn’t worry we should just book the flight.All of a sudden my clients emailed to reschedule – I’d forgotten he built my website , so he just emailed my clients telling them to reschedule, of course I didn’t know this at the time. The day before we fly out we drive to my brother’s house who lives 10mins away from the airport. I ask Marlon should I dress fancy, go do my hair, my nails? – If he said yes- I would have known he was going to propose, so he said no.

We arrived at Paris and he told me we were going to see a show hence why we were rushing. I could tell he was anxious but I just thought it was because we were running late. We got to the Eiffle Tower and he says we need to go up to the bridge, so we stopped to buy some keyrings, a woman with a camera walks up the steps with us – But I didn’t suspect a thing.

Marlon walks ahead of me and eventually I’m side by side with the woman, we smile and start talking, she told me what she does and on the front of her business card was a picture of a bride and groom. So I asked her does she cover weddings – still clueless,  she says yes and I tell her jokingly, I’m going to fly you out to London to cover my wedding, she asked me if  I was engaged and I answered “not yet lol, but I will be next month”.

By this time we’ve reached the top of the steps and are on this beautiful bridge which showcases the whole of Paris. Its so stunning I immediately pull out my phone and start taking pictures. There a lots of tourists around taking pictures. Marlon creeps up behind me and asks me what I think I replied and turned finding him on one knee. I was so shocked, immediately I started crying I didn’t expect it.

He gives me my beautiful ring and I accept. Everyone starts clapping cheering and taking pictures. 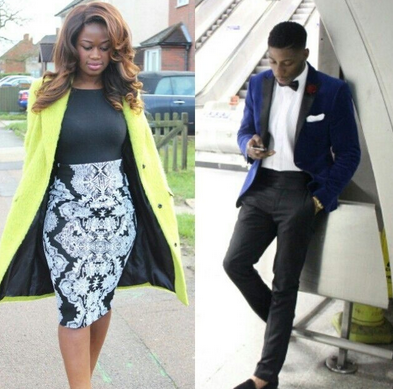 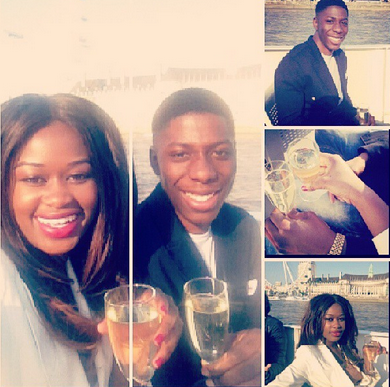 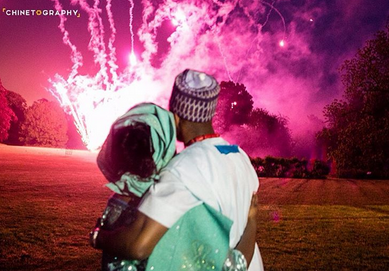 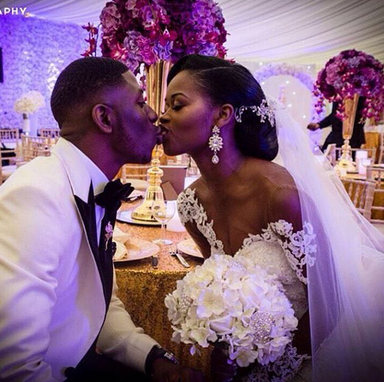 That’s when I noticed Maria and then I realized she’s actually our photographer and Marlon had booked her to capture the whole thing – It was amazing posing our way through Paris.We flew back to London that evening even though our flight was badly delayed.

We arrived and headed back to my brothers house. My phone battery had died, so I wasn’t able to let anyone know I was engaged. No one was home, so Marlon told me to go to my brother’s room to check on the dog. I opened the door to a candle lit room, rose petals on the bed. I walked in and  he had bought me an evening dress, heels and a watch. I couldn’t believe how much effort he went to, I thought I wasn’t an emotional person but realized that day I was.

We got to the Shard London Bridge, he asked me to go in whilst he parked the car. I went in and headed to the top floor. When I got out a man asked my name and told me to follow him, as soon as we got into the restaurant all my friends and family are gathered shouting “surprise!” The shock was unbelievable, all the though and effort he had gone into the planning this for me and I hadn’t suspected a thing.

A few more photos from the wedding! 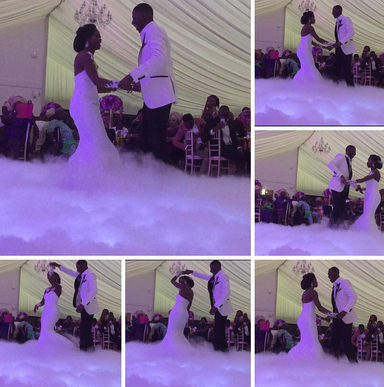 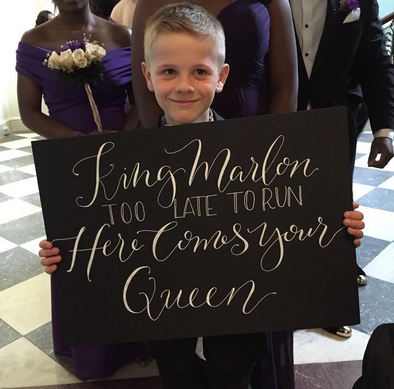 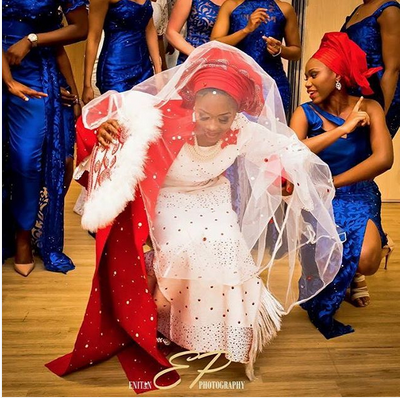 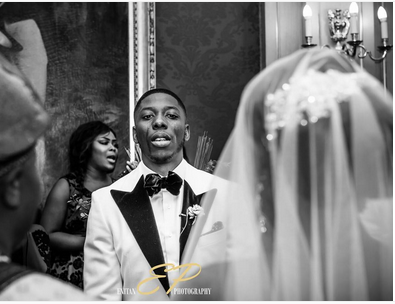 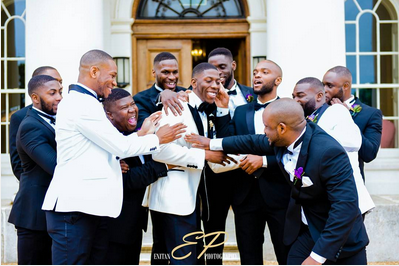 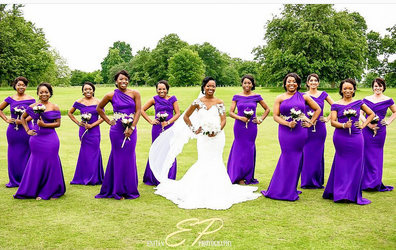