The inaugural edition of the Africa Magic Viewers’ Choice Awards kicked off in 2013 and so did its fabulous red carpet.

Three years down the line, the stars have evolved in their style and on the red carpet and have even gone beyond to give us much more risqué looks, adding more drama to it.

Now in its 4th season, we at TSS cannot wait for the looks that would be gracing the carpet as we predict the competition will be stiff and it is definitely going to be tough to pick the best dressed (we hope).

We expect celebrities will sample some collections from fashion brands off the Lagos Design and Fashion week 2015 runway as well as more risqué and dramatic ensembles.

For now, here are style stars whose have slayed right from the first season and who we expect will not disappoint this season. 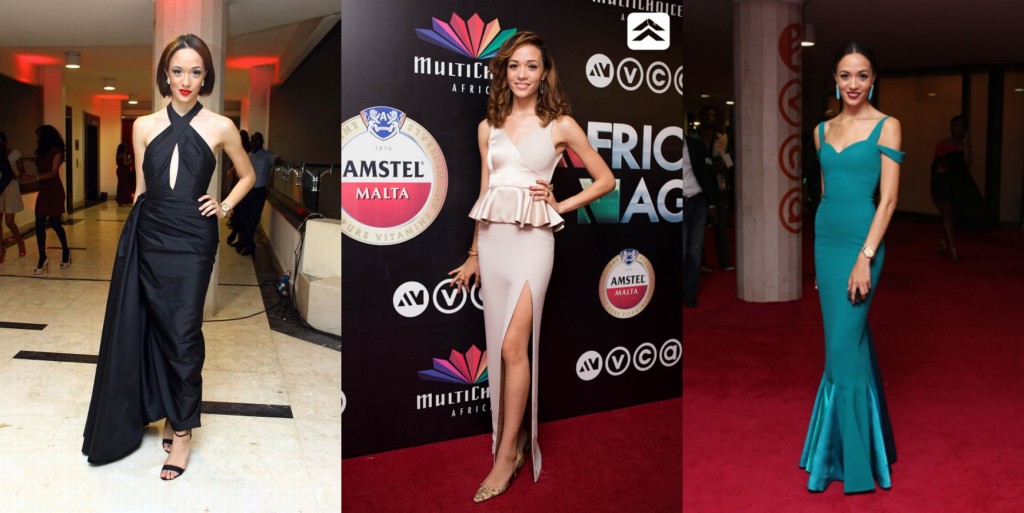 Edewor looked so fabulous, she stuck to the creators of her glam red carpet styles. In the show’s second season, for her first look of the night, she wore a champagne sleeveless peplum top and matching skirt with a thigh high slit from Clan.

Later on that night, she cheated but for a good reason when she donned on a grey lace dress with fringe shoulder detailing by Lanre Da Silva-Ajayi. 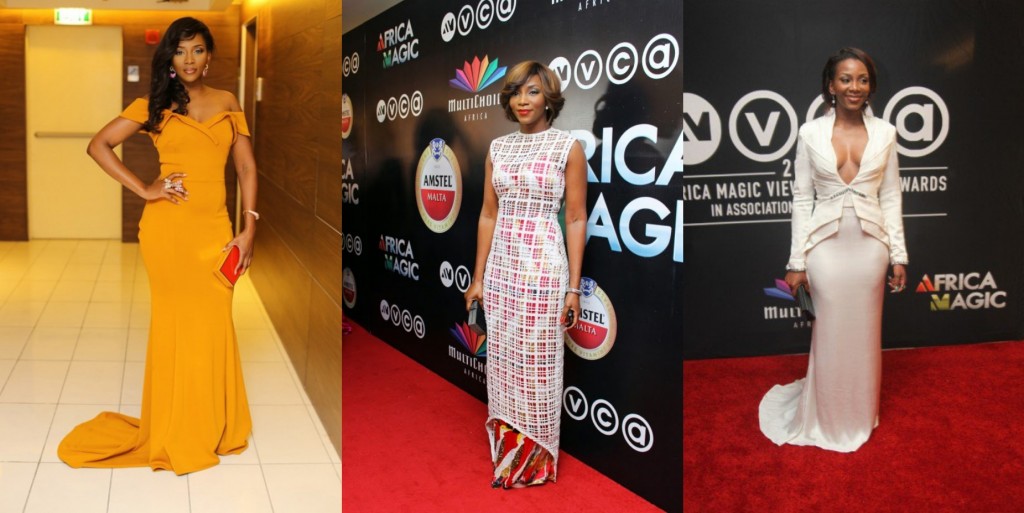 This star is a cheater of her Nigerian designs in every right and is being held in contempt for slaying in every one of them.

Best Actress nominee for 2013, Genevieve Nanji started the night by arriving in an April by Kunbi floor length dress with a bold hue. Sooner enough she graced the red carpet in a white dress by Bridget Awosika.

In 2014, Genevieve Nnaji looked simple and chic in a Jewel by Lisa custom outfit.

The Nollywood screen goddess took it all the way up at the 2015 AMVCA arriving in a mustard floor-length custom dress by Elvira Jude. 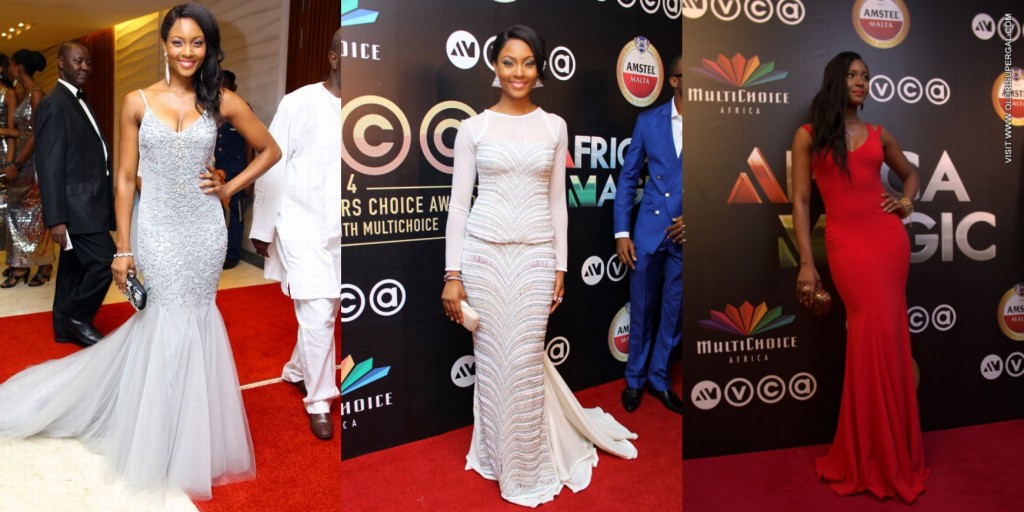 For the 2014 edition, Osas Ighodaro became a candidate of runway to red carpet when she donned on a stunning outfit from Iconic Invanity‘s Spring 2014 collection.

To be the opening act for the night, you have to look glam and so did this gorgeousness when she rocked an equally gorgeous rich red dress from Badgley Mischka. 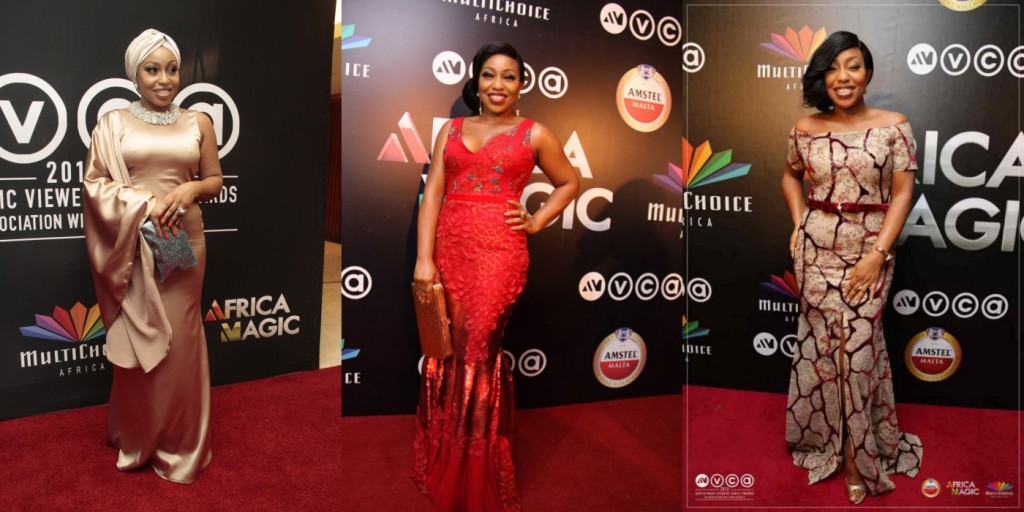 For the first season of AMVCA, Nollywood actress Rita Dominic channeled her inner Gatsby in a fancy old Hollywood glamour as she arrived in a champagne coloured custom satin dress by Loofa matching it with a  champagne turban, pearl earrings, a beautiful neck piece and an embellished clutch.

In 2014, the actress dazzled in Lanre Da Silva-Ajayi as the designer created a sequined and embellished red dress to suit her in everyday including her figure.

Then in 2015, the gorgeous Nollywood diva loved her previous dress so much and the swooning attention it got that she rocked another one of the designer’s (LDA) masterpiece 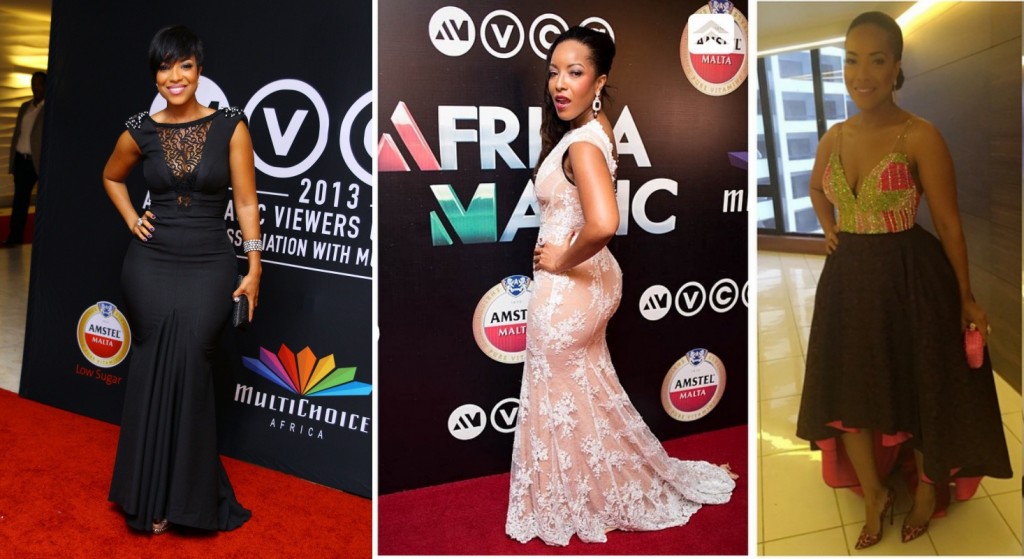 Ghanaian actress Joselyn Dumas brought her first season appearance at the red carpet of the AMVCA to life when she arrived in a black backless dress by Bena which also featured a lace bodice.

The beautiful actress continued on her red carpet winning streak when she scored for the second time during the second season in a white lace dress with an open back by same Ghanaian design label She by Bena.

In 2015, Joselyn Dumas looked gorgeous on the red carpet in her custom made dress from fashion brand Pistis paired with a gorgeous pair of leopard print Casadei pumps.

Nollywood actor Chidi Mokeme was definitely one of the best dressed men at the awards ceremony in 2015 and we do hope he remains that way this season. The actor took to the red carpet in a white tuxedo with a shawl lapel, a white dress shirt, a black polka dot bow tie, navy pocket square, black trousers, and a striking pair of white-and-black shoes all put together by his fashion retail company GQ Wearhouse.

Nollywood legend Richard Mofe-Damijo has always been a delight to see on the red carpet and he has made us happy twice in a row since 2013. He always looked quite dapper in his three-piece suit with a bow tie on both occasions. Hopefully we would see him rocking a Nigerian piece this season.

Blossom Chukwujekwu is definitely one style star to watch out for. A two-time winner on both the AMVCAs and the red carpet, the actor rocked a black floral jacket and black pants designed by Bosi and Charles in 2015.

Rising actor Adeyemi Okanlawon always stayed dapper on any red carpet, so we always knew what to expect when he arrives on AMVCA red carpet. The actor did well in a black double-button tuxedo styled with a white shirt, a black velvet bow tie and black shoes in 2014.

The Controversial styles of 2015 season 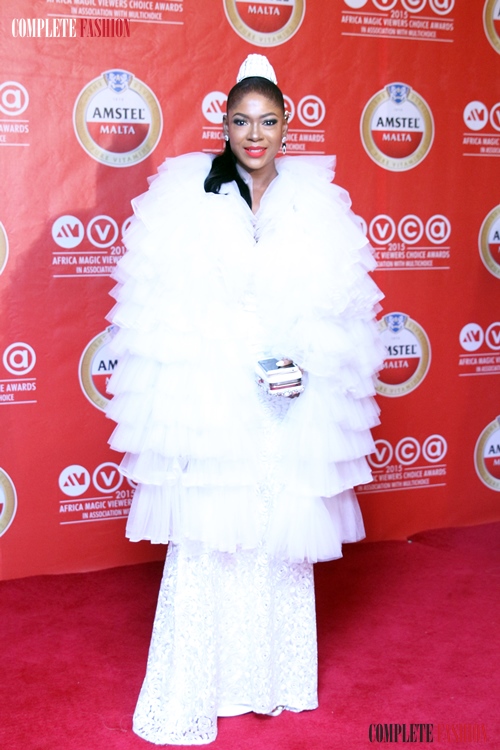 Nollywood actress Susan Peters gave us a major shocker when she arrived at the AMVCA 2015 in a creation by Toyin Lawani of Tiannahstyling. We instantly gave her an A for being Daring.

In what seemed liked a continues mould of ruffled white cape she wore on a with lacy dress complete with a tiara, you couldn’t help but imagine getting sucked up in a pile of white sheets.

But like red carpet drama queens of the west such as Lady Gaga who remained consistent with hers, we do hope to see another dramatic outfit from the actress.

Another from the stables of Tiannah Styling came this gold net dress donned on by media personality Denrele Edun with a pair of leather pants and a pair of gold boots.

He instantly became the most talked about person on the red carpet that night. Good thing he wore that mask later.

Hopefully we’d see an upgrade of this drama as well this season.

We all remember this moment.

That moment when Ini Edo thought she could pull off a Lupita Wyong’o red carpet masterpiece at the 2014 Golden Globes but failed at it. In her defense, the actress who was styled by Fruition factory, took one look at the Ralph Lauren dress and said she had to have it. 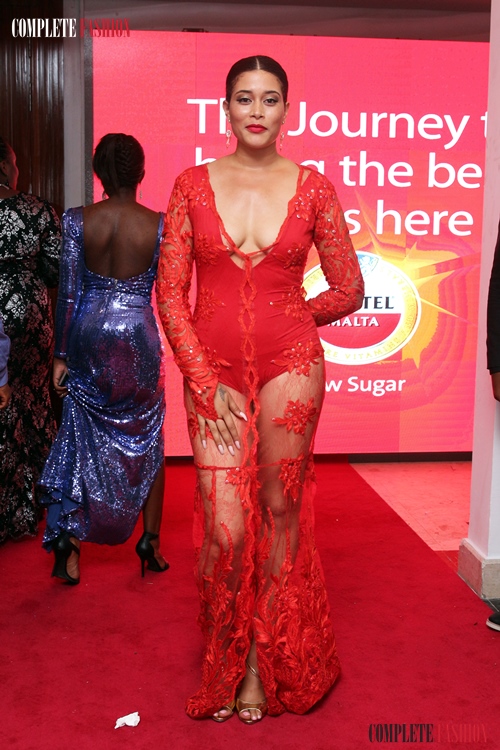 And for the third time, from the stables of Toyin Lawani of Tiannahstyling, came Adunni Ade in her red floor-length risqué number that showed off her legs and an ample amount of cleavage complete with a red bodysuit. Another A for being Daring. 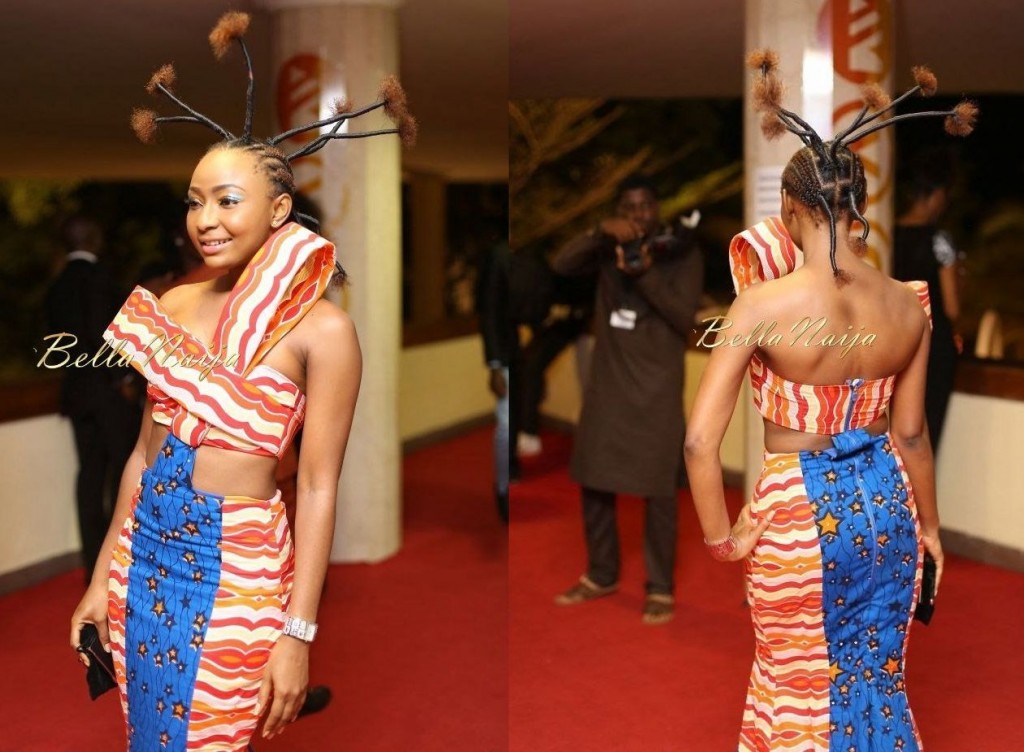 We weren’t really certain as to what Actress Belinda Effah was thinking when she came in with a rather different hairdo at the 2015 AMVCAs.

She however was confident rocking it as she said on her Instagram page later with quite a number of hashtags saying ‘#IAmNotAfraidToBeAfrican #IDontHaveIdentityCrisis#BlackAndStrongAfricanWoman #WillRockThisHairAnytime’.

Maison Mimi's 'Resort' 2016 is too little too fast

The CEO, his Ajoke and their son | Read how this beautiful love story started from Instagram