The AMVCA red carpet is a sartorial assault course that can either help or take you off your newly found style path.

From Ibinabo’s confusing ensemble to Susan Peter’s movie inspired outfit, there have been plenty of red carpet style slip-ups this season.

Here, we present our pick of the worst outfits to ever darken the door of the 4th Africa Magic Viewers Choice Awards. 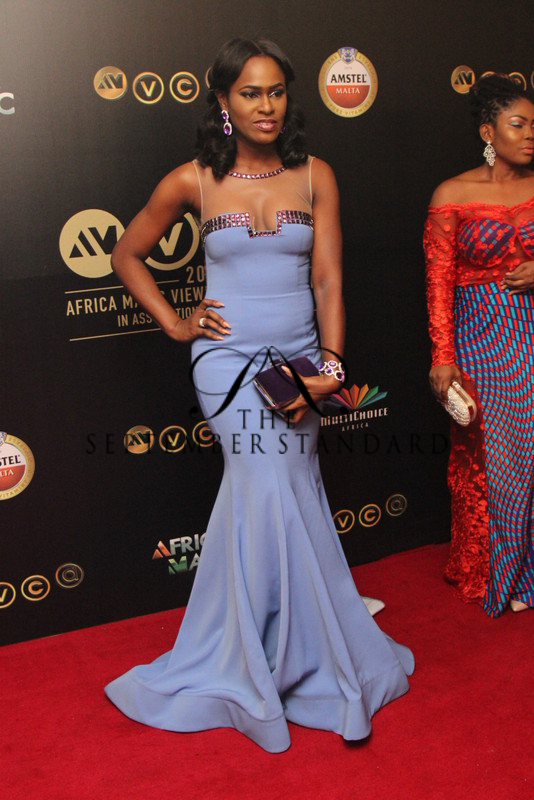 Yvonne Vixen Ekwere has had quite some pretty great red carpet styles but sadly we can’t say thats a number that would be sufficient enough for her to be tagged great on the red carpet. This lilac number reminds us of this and like every other time she donned on an outfit, we wondered what was going on here. Her breasts were looking like their lives solely depended on snuggling into the little fabric reserved for them up there and nothing about the sheer is flattering. 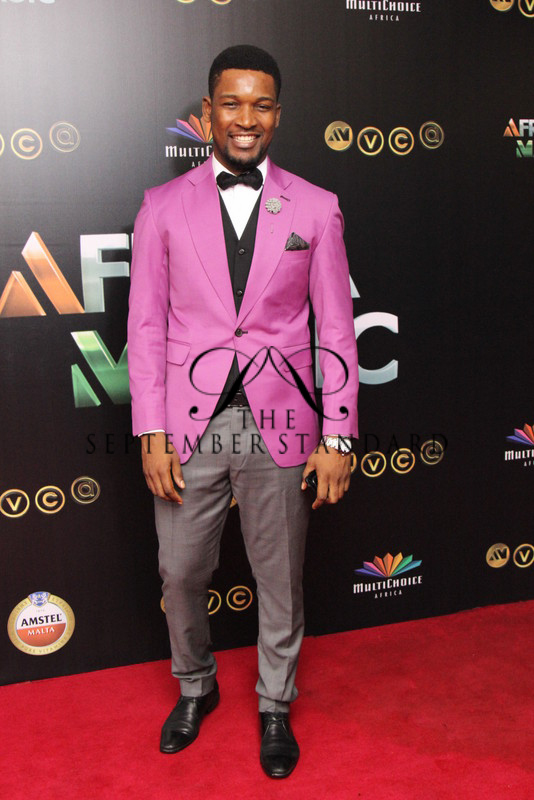 Actor Wole Ojo arrived on the red carpet and left us all confused and curious as to why he would throw a pink jacket on that already-going-perfect ensemble? 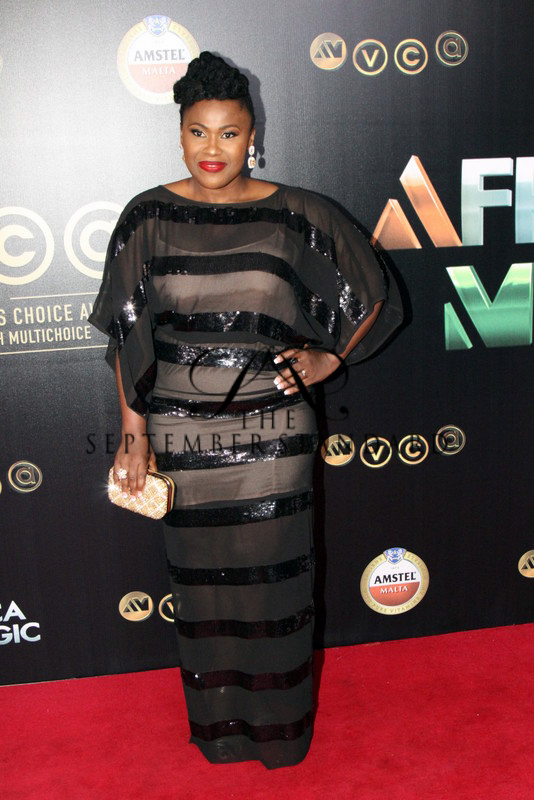 For a sheer outfit, actress and new mom Uche Jumbo should have opted for a black underwear and a longer one too. It is completely unflattering seeing her legs through the dress and the white at the same time. How much can one take at a go? 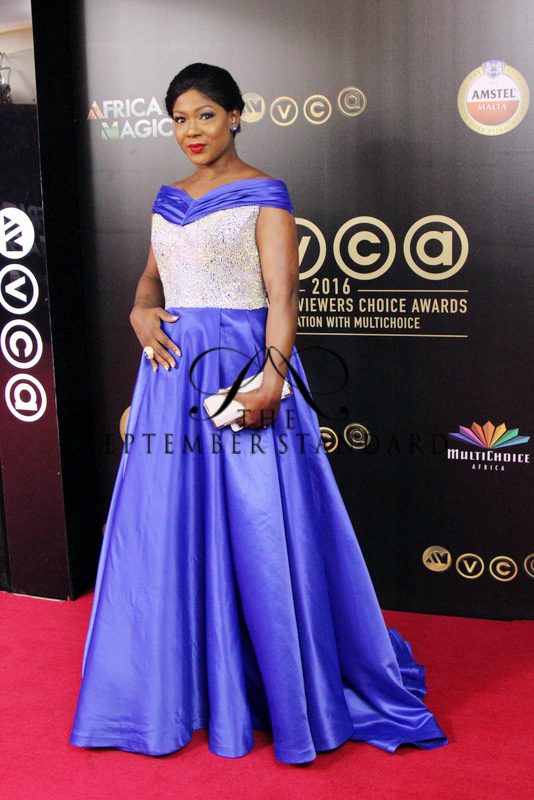 When Actress Susan Peters arrived on the red carpet, we were honestly waiting for a remake of her 2015 outfit and so in anticipation, we included her on our controversial outfit list to look out for this year. Did she disappoint? Maybe she did, maybe she didn’t. All we know is her choice of outfit at this year’s AMVCA reminded us of the princess in the popular Frozen movie. 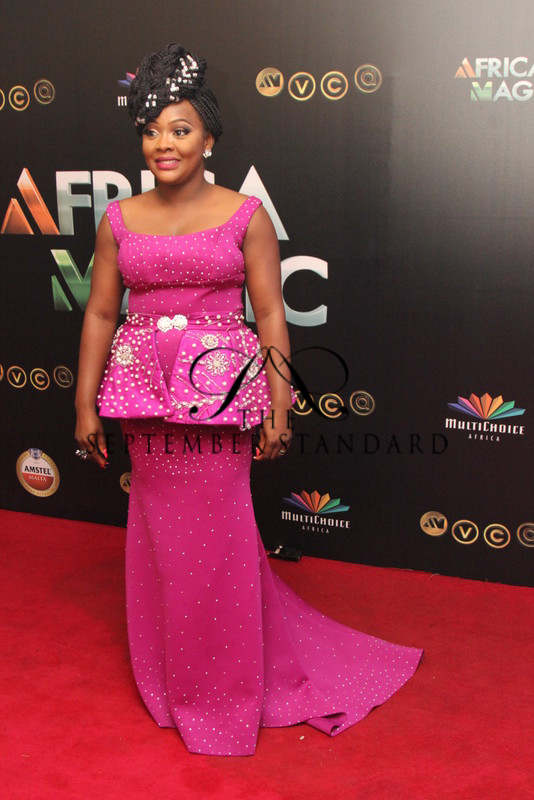 From the hairdo to the outfit, JARA co-host and comedienne, Helen Paul was a red carpet host on the night of AMVCA and somehow we feel if her appearance was to make the other celebrities look even better beside her regardless of their ensemble, she pulled it off. 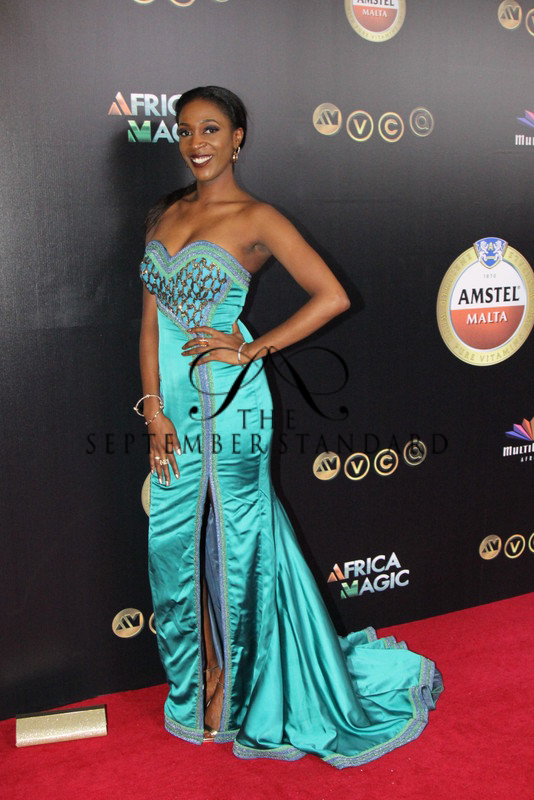 We cannot for our dear lives tell what is going on here with socialite Hauwa Mukan. The fabric was already too shiny for a bedazzle. Also, the thigh high slit looked so misplaced on the dress, which doesn’t in any way suit her figure, enough to make it a statement. 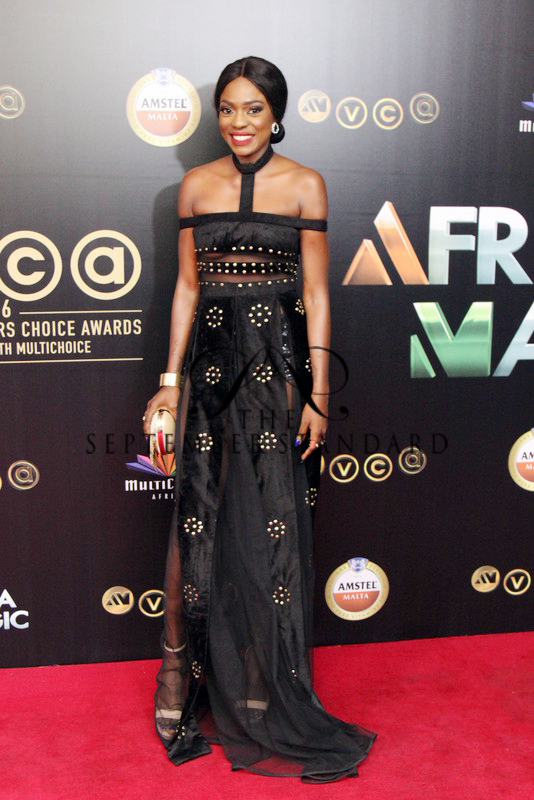 Another celebrity who bags the award for constantly appearing in the worst dressed list is video vixen, Beverly Osu. For her outfit on the 2016 Red Carpet of the AMVCA, her black outfit looked similar to a chokehold. 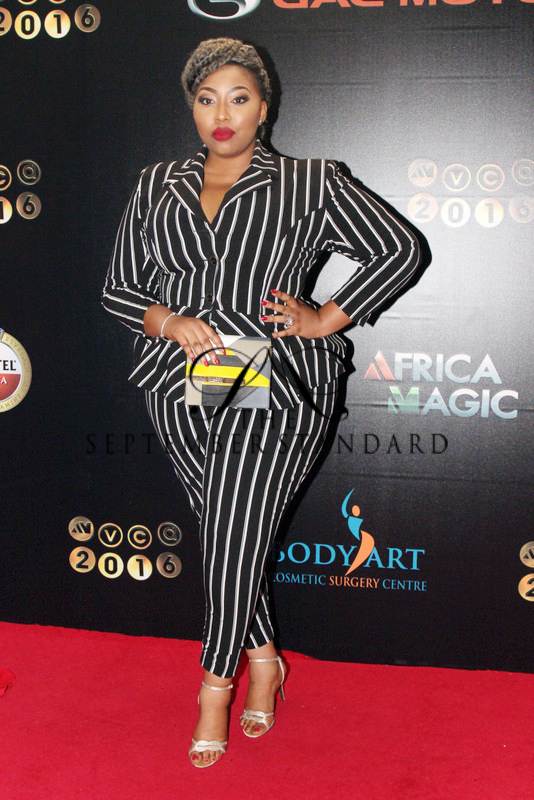 We love stylist and fashion editor Latasha Ngwuibe but this stripped number just isn’t working for us. Together with the hair, we do not know which to pay attention to. It seems like they both are in competition of which is more stripped. 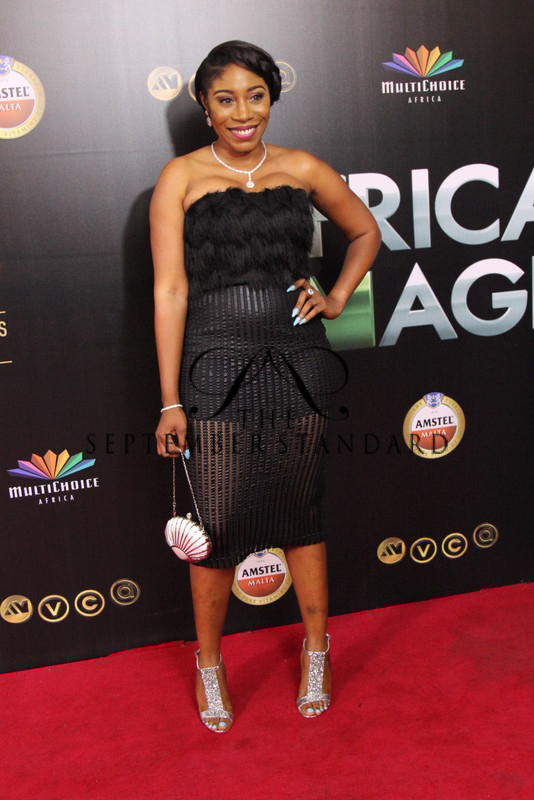 Another slayer sinning on the red carpet this season of the AMVCA is CoolFm host of the radio runway show, Kaylah Oniwo. The fringes on the boob crop top and the sheer beneath coupled with the overbearing cleavage leaves one lost. But then her gorgeous smile…sigh. 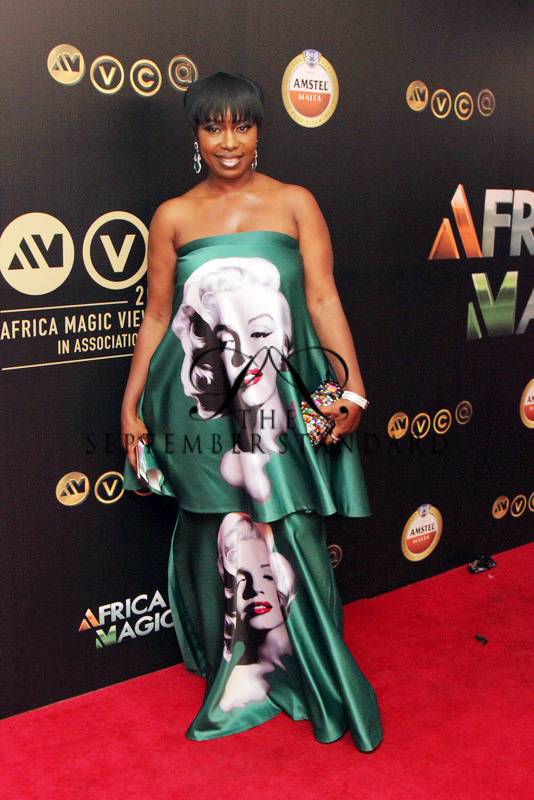 Journalist and entertainment correspondent at ThisDay Newspapers, Azuka Oguijuba payed a very dear tribute to controversial star Marilyn Monroe when she appeared on the red carpet on the 2016 AMVCA in a two-step dress with a bold face of the star on it.

When the 2016 AMVCA nominee and actress Ini Edo arrived on the red carpet giving us major bridal inspiration. Maybe there is a secret wedding we do not know about. Two birds, one stone…get it? 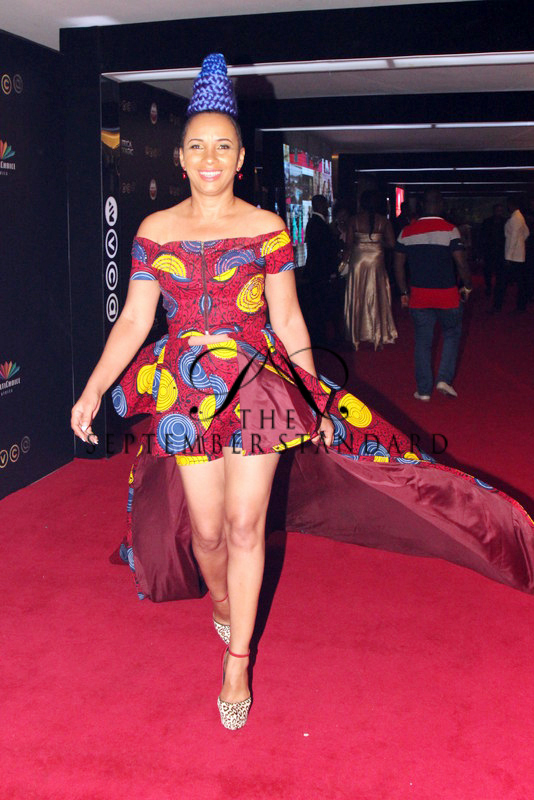 AGN president and actress, Ibinabo Fibresima by far takes the biggest award for the worst dress on the red carpet of the 2016 AMVCA. From the blue hair she packed in a bun and siting like a tiara, to the outrageous outfit that had her looking like the human version of a peacock. 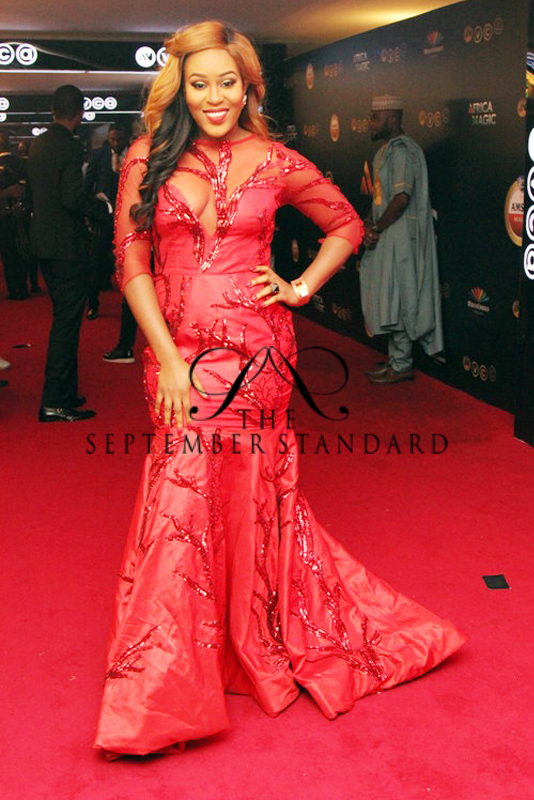 There is enough worst dressed award to go out this season of AMVCA so singer Emma Nyra shouldn’t fret about getting none. She arrived on the red carpet in a red outfit that left us as confused as her hair color was. 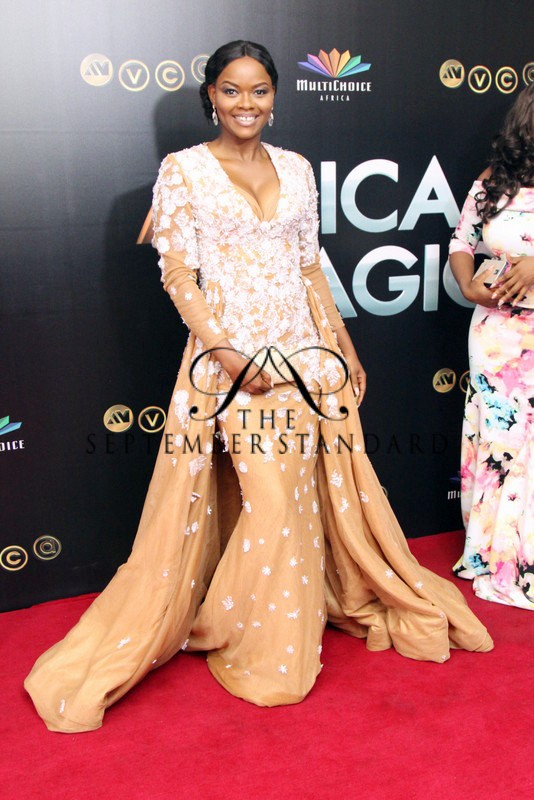 There is just too much going on on AMVCA nominee and actress Kehinde Bankole’s outfit choice for the night. One minute you want to see it as a nice long long sleeve bailey colored dress with a lot of white sparkles but then that extra fabric behind her just makes it impossible. 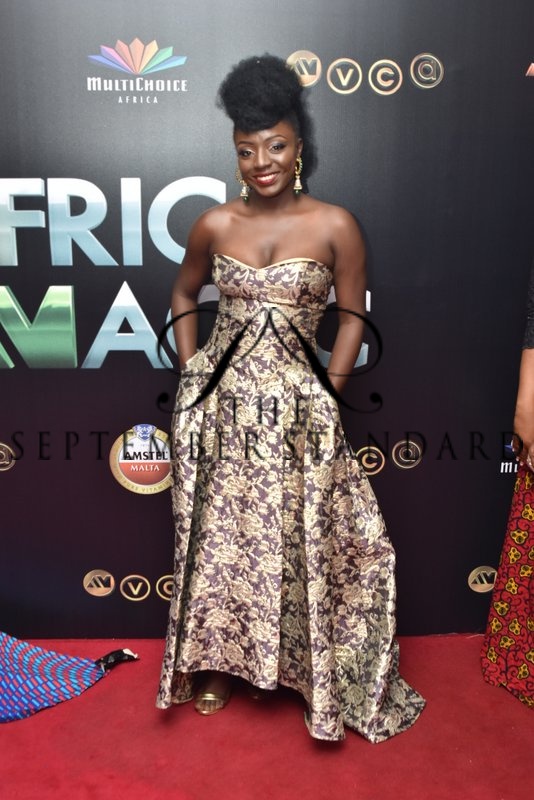 Former BBA contestant and Presenter. Malvina Lepot didn’t know that to channel a Janelle Monae hairdo on the red carpet, you must definitely slay in it and this includes the dress. If not you just look like an Elite’s well looked after horse with a brocade material saddle. 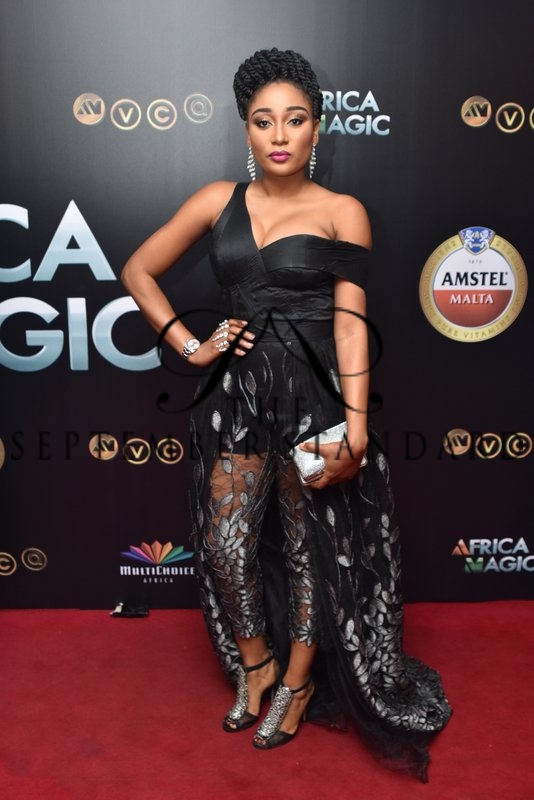 For actress and producer, Mbong Attah, this is what happens when you are confused on what to wear for AMVCA’s red carpet. Should you go sleeveless or off-shoulder or should you rock a gown or cool lace pants. Why not mash them all? And how about throw in shoes to match. 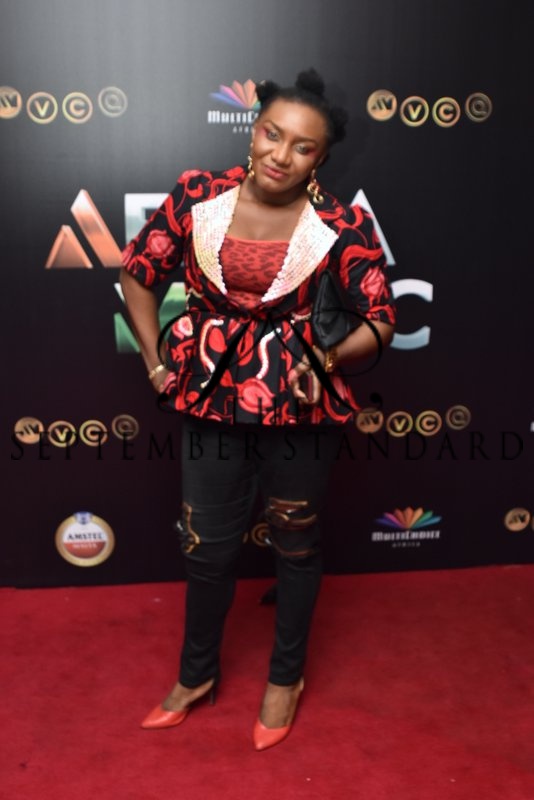 From the expression on Ann Njemanze’s face, she probably didn’t want to be on the red carpet and should have allowed to pass by in peace. 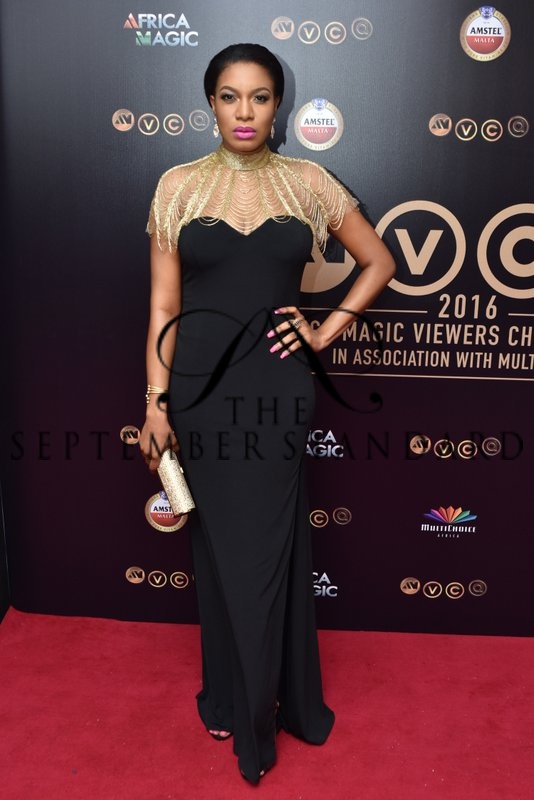 This outfit donned on by actress Chika Ike, could have gone on better without the golden cape. Just looks like she is wearing the award or colors to match. 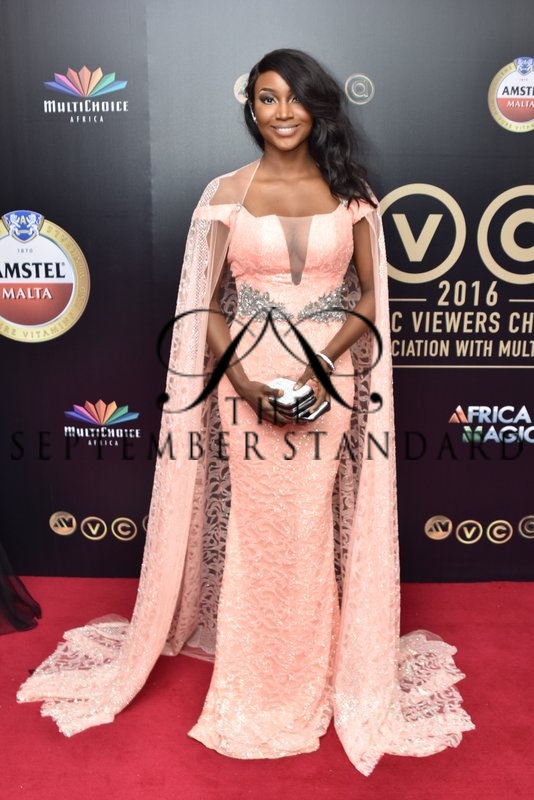 Another major bridal inspiration on the red carpet. 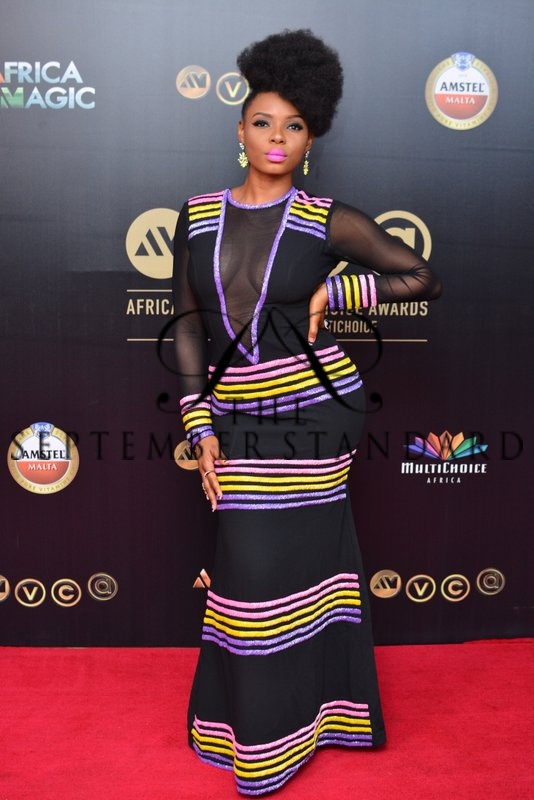 So many contrasting colors going on on award winning singer and AMVCA 2016 performer, Yemi Alade’s outfit complete with a black backdrop to somewhat project it further. 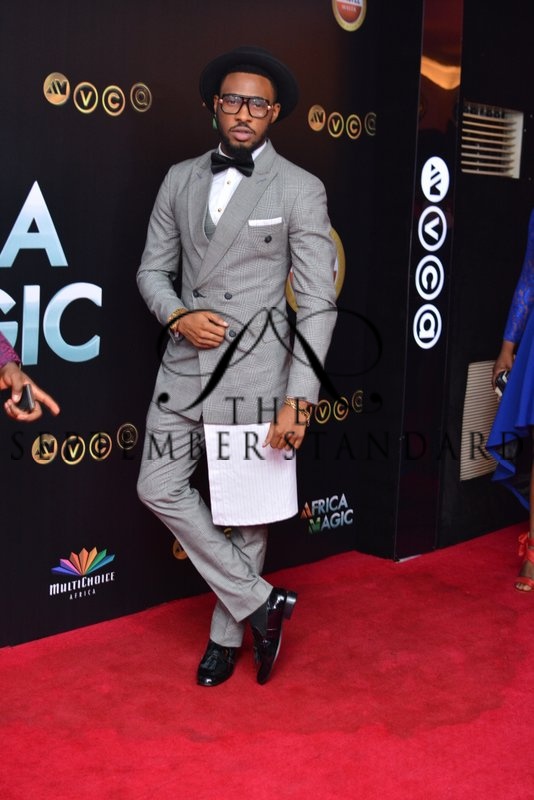 Actor Chris Okpara seemed like he had his mind made up on what to wear and look dapper in it, but then his indecisiveness kicked in again and then he didn’t know if he wanted to wear his suit long or short. Oh well, why not just do both?