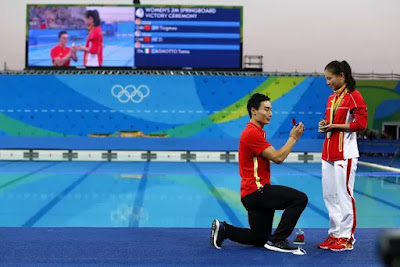 After receiving a silver medal for the women’s three-metre springboard at the Rio Olympics on Sunday, August 14, Chinese diver He Zi ended up with another prize when her boyfriend Qin Kai, in front of a global TV audience, went down on one knee.

Qin Kai rushed up with a diamond ring during the medal ceremony of the women’s 3 metre springboard event, marking the second marriage proposal of the Olympics. 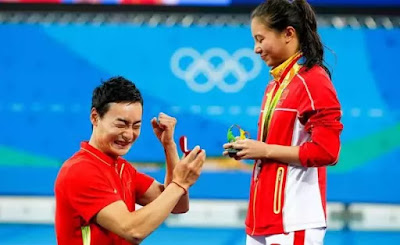 Speaking on her proposal, she said, “I didn’t know he would propose today and I didn’t expect myself to marry myself out so early,” said He, who tearfully accepted the proposal with a big hug. 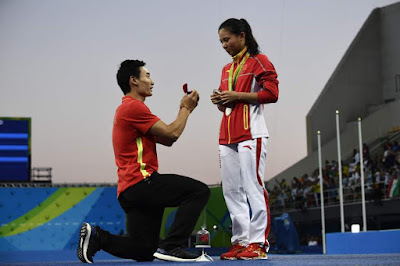 “I saw him during the afternoon and he seemed to be memorising something, so I asked him ‘what are you doing?’ and he said he was singing,” she told reporters. 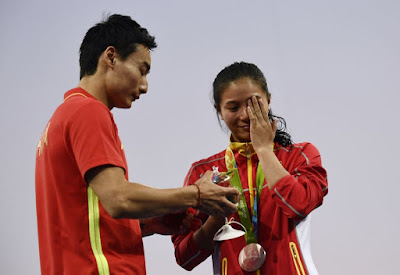 “I’ve forgotten most of what he’s said (during the proposal), but it’s largely what you can expect like promises, but what touched me the most is that he said he was willing to be bullied by me for life.”. 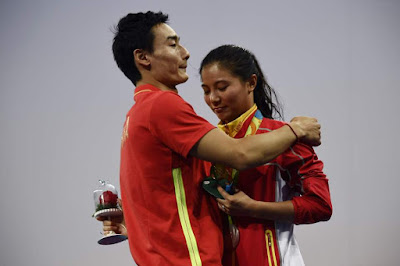 The 25-year-old has been dating the 30-year-old Qin for the past six years, she added. 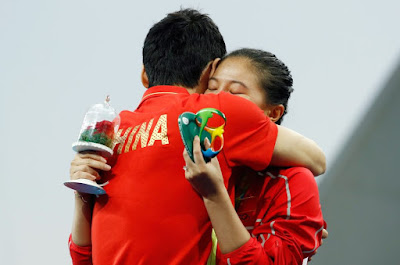 This professional bridesmaid hates weddings yet earns £744 a day (Photos)