It’s safe to say no one wants their favourite brands associating with the 21-year-old model.

Sports brand, Adidas announced Kendall Jenner as its brand ambassador with a video it shared on Instagram and from the comments that have followed the announcement, its clear people are yet to get over the Pepsi ad controversy.

Dressed in a crop top, bikini pants and sneakers, Jenner is seen lying in a hibernation chamber as she voices the words, “I did what I had to do. I faced it all, and I stood tall. I did it my way”. The ad finishes off with the tagline: “Original is never finished”.

Fans have threatened to boycott purchase of the brand’s products since it has chosen a model who “doesn’t have an inspiring story”, whose “family isn’t synonymous with originality” and who is “fake and empty”.

Recall how in April 2017, Kendall Jenner was featured in a Pepsi ad that trivialised the Black Lives Matter movement and the protest culture in general and how it garnered a much-needed fuss on social media that led the brand to apologise and pull the ad. 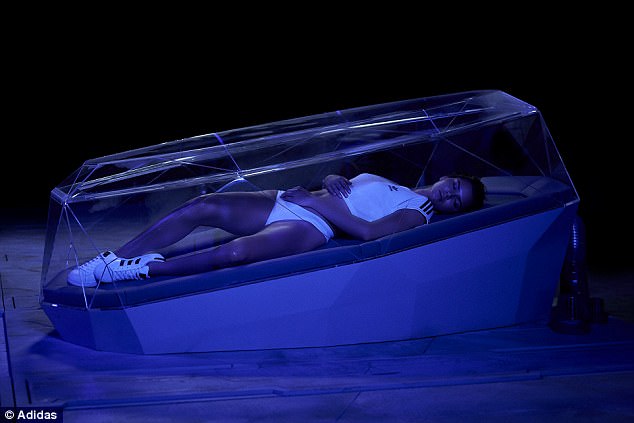 In a related circumstance, Jenner was recruited as cover girl for Vogue India’s 10th anniversary issue in May and she caught the right measure of flak along with the publishers. Critics were super pissed about how white-girl Jenner was picked above Indian superstars and models, Priyanka Chopra or Aishwarya Rai to represent an Indian brand.

See some of the brutal comments: 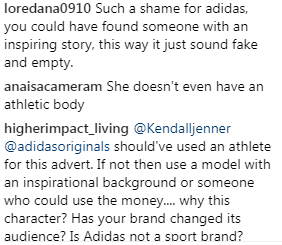 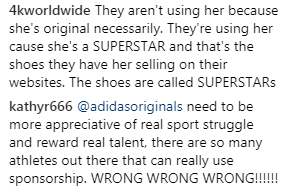 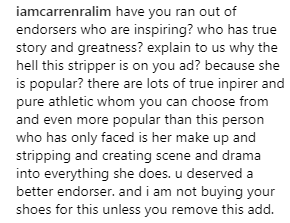 Adidas is yet to officially respond to this and there are no signs it will be pulling the ad. What the brand should be concerned about now is the loyal fans it may lose and a possible drop in sales that it might face.

#SOMykonos17: All the photos from Stephanie Coker's fairytale wedding to Olumide Aderinokun

What red bottoms? | Cardi B partners with Steve Madden for shoe collection