Ramat and Lateef, have got such an interesting love and proposal story that will make you giggle.

The newly wed sweethearts who got married a few weeks ago in Lagos are just too cute.

Let’s tell you how fate brought them together:

Sometime in 2014, the bride, Ramat was going through a terrible period.

She was heart broken and had made up her mind to give herself some space before paying attention to any other man when Cupid’s arrow surprisingly hit her.

The happy bride narrated it thus

“One of my friends just learnt make up and she decided to use me for practice. After the make up, I looked really nice. I was feeling like a fine girl so I took pictures and uploaded one of the pictures as my BBM Display Picture. The love and positive reactions from my BBM contacts was just so overwhelming, all of them just started using me as their Display Picture.

Hours later, one of my friends who used me as her DP pix, called me and said Rahmat I have found a boyfriend for you oooo, and I was like boyfriend ko, boyfriend ni, abeg lemme.

Some days later she pinged me again and said she was serious and I was like you know I just got out of a bad relationship and I am still trying to get over guys…but when she didn’t stop bugging me, I decided to satisfy her by letting her give the boyfriend she had found for me, my contact details but I insisted that I wanted nothing more than a Platonic relationship.”

That’s how Lateef got my phone number and we got talking. We soon found out that we both worked around the same area in V.I so he came to visit me one noon. The day he visited, I was having one serious stomach pain but he was just so kind and nice and sweet and it took away the pain.

Then we became friends.

After that, he kept asking me out and telling me how much he wanted me to be his woman, how he couldn’t sleep or think straight because of me, how I was his dream come true and how he couldn’t live without me, how my thoughts were always driving him crazy…but I was sha playing hard to get until I gave him an answer months later.

My pride told me it’s impossible, my last experience told me it was risky, but my heart pushed me into giving him a try.

I accepted to be his woman on his birthday that year and I said it through a cake that I sent him…I was trying to do like one romantic person.

So that was our beautiful relationship began.

We became each other’s number one gist partner, we would gist over everything no matter how minute, we would make each other laugh and just the thought of him brought me joy!

We were not perfect cos we’re human and we’re flawed, but we were perfect together and that’s all that matters.“

He proposed months later, October 2015 to be precise.

He did in a romantic way by showing up at her place of work.

“That day I was craving for yam porridge. So in my playful way, I let everyone know that I wanted Porridge…I was still craving for the porridge when he showed up behind me.

He tapped me and when I saw him, I was like ‘dude you didn’t tell you were coming nah. He smiled and said I got you something…my mouth started watering already cos I was so sure that the something he said got me was porridge. In my mind, I was like this boy just always knows how to surprise me…he wasn’t carrying anything so I expected him to say “let’s go and get the something from the car”..but nah.

Lo and behold, that is how he brought out a small red box and asked me to marry him.

Oh not porridge, I muttered.

Fortunately for me, my colleagues were out at that period so there was no commotion or all those paparazzi…I let him finish his speech and when he did, I accepted the ring.

I didn’t scream, run away, fall on the ground, faint or laugh or burst into tears when he slipped the ring into my finger like some ladies will, I just acted normal.

I started flaunting the ring and showing everyone that I was engaged.

I was super glad.

So, that’s how the wedding plans started. We had our family introduction, court wedding, Nikhai/Engagement and wedding reception!!!”

Selected photos from their wedding ceremony: 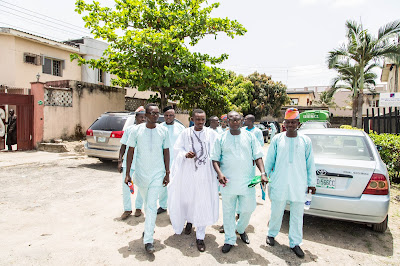 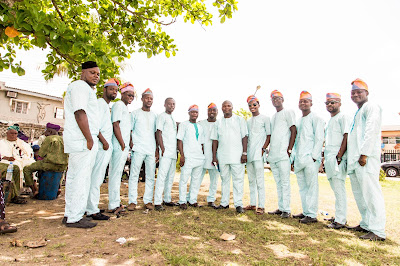 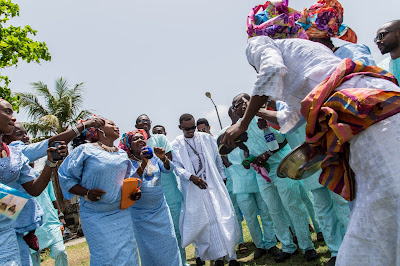 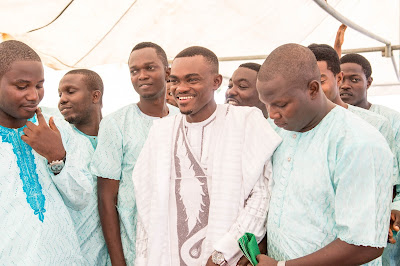 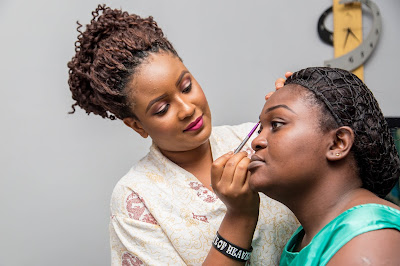 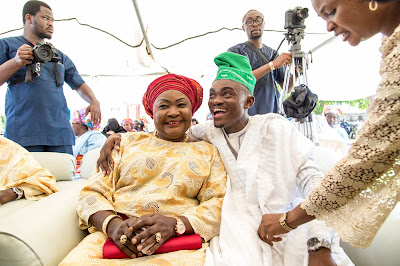 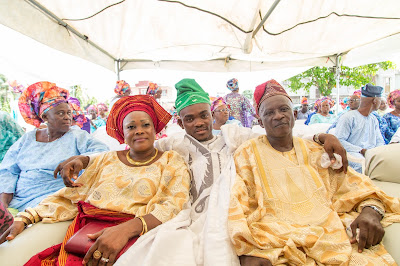 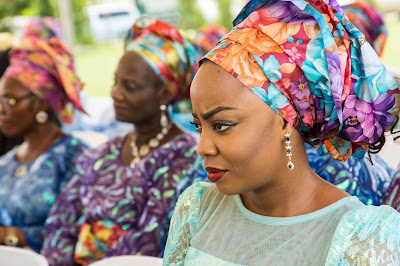 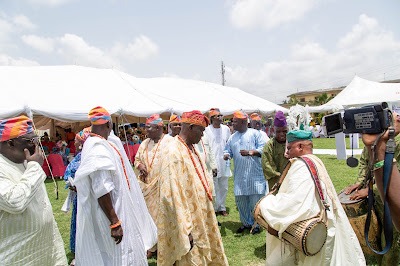 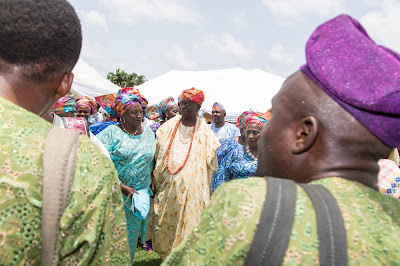 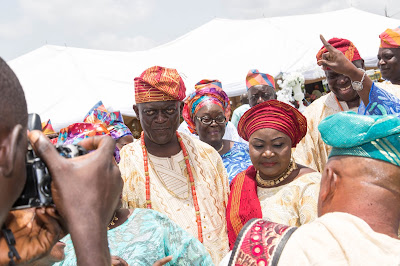 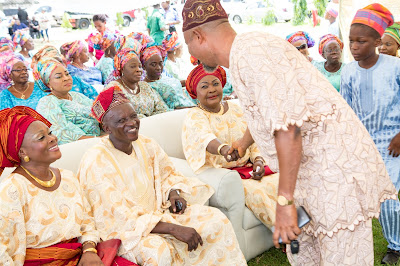 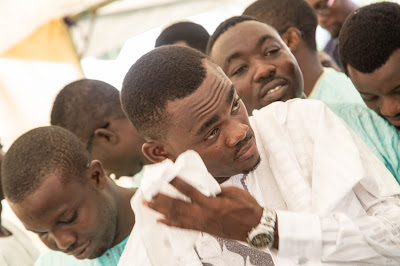 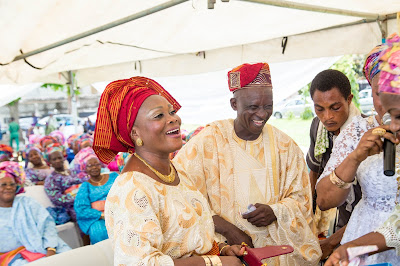 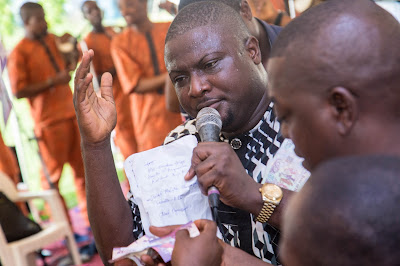 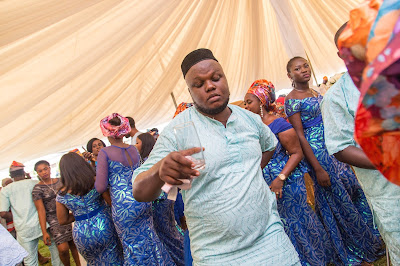 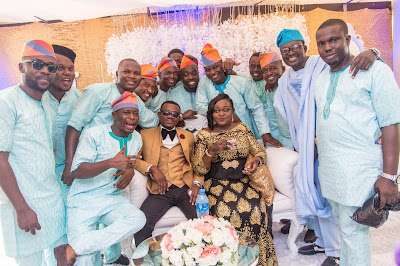 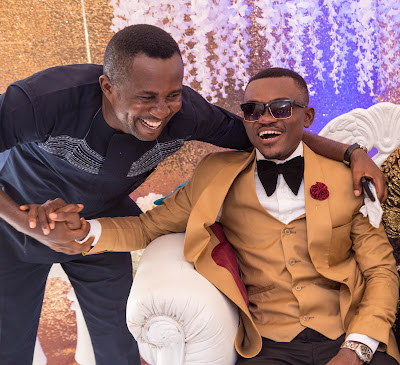 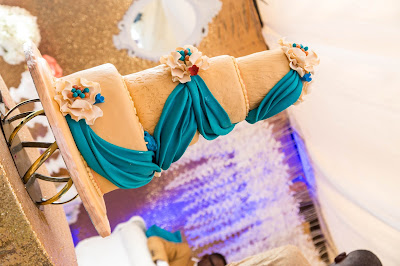 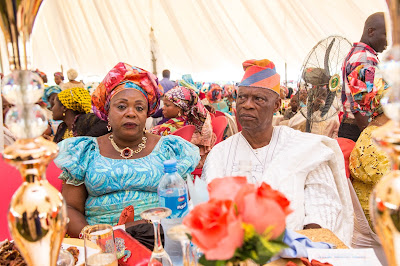 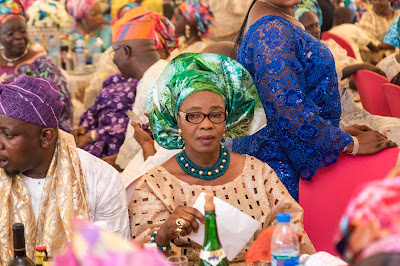 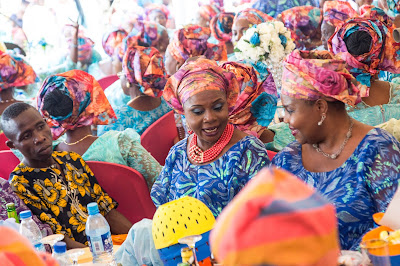 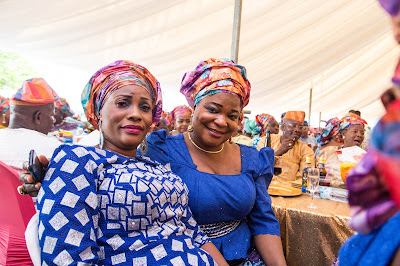 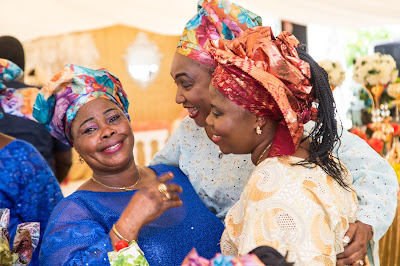 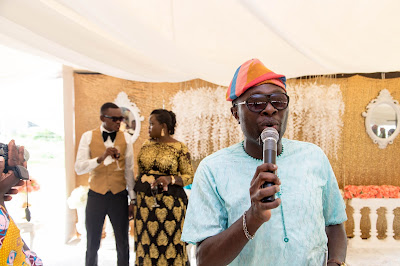 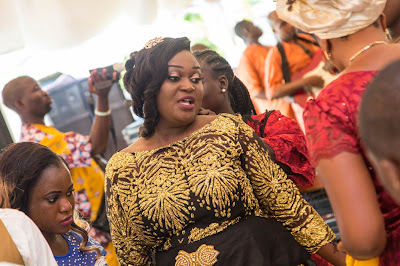 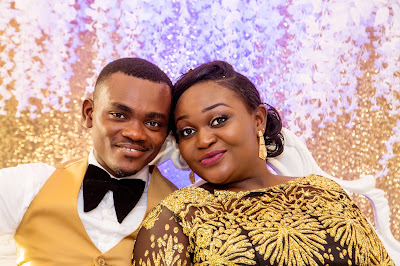 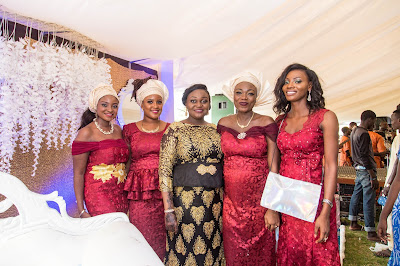 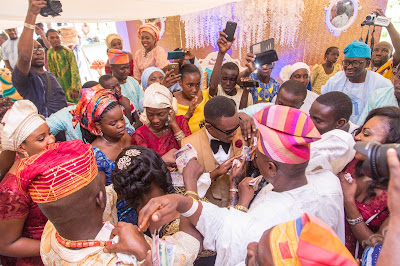 #tosweddings #weddinginnigeria Lol, Ramat made everyone laugh while trying to dress the cap on hubby Lateef”s head….”babe, don’t worry it is fine, just don’t shake your head…” Awww… #winvideo #yorubaweddings
A video posted by TOSWeddings (@tosweddings) on Apr 17, 2016 at 4:18pm PDT

Here is one excuse to stock up on more red wine