We, like the rest of the world, cannot get enough of all the style that Melania Trump served in Riyadh during the just concluded Riyadh summit where King Abdulaziz hosted the United States first family – Donald Trump, Melania Trump, his wife and his daughter and her husband, Ivanka Trump and Jared Kushner.

The star of the trip so far, no doubt, has been Melania who stunned in her black Stella McCartney jumpsuit that a Saudi lady immediately tweeted looks like her own Abaya, complete with the wide gold Saint Laurent belt (although, the lady’s was a rose gold one). She also made statements in her millennial pink cape-sleeved dress and that white structured suit paired with the barely-noticeably sheer black top. Let’s just say Melania stole the show. And for that, we are proud of her.

However, we cannot turn a blind eye to Ivanka’s similarly stunning Kingdom style which in many ways mimicked her stepmother’s.

We’ll let the photos do the talking:

Ivanka Trump left America wearing this floral sheath form-fitting dress. Not too far off from Melania who left town in this form-fitting white Max Mara and red Herve Pierre pair:

Stepping off the Air Force One in the King Fahd Airport, Saudi, the two Trump women had switched into more traditional-looking attires in terms of silhouette and tones: 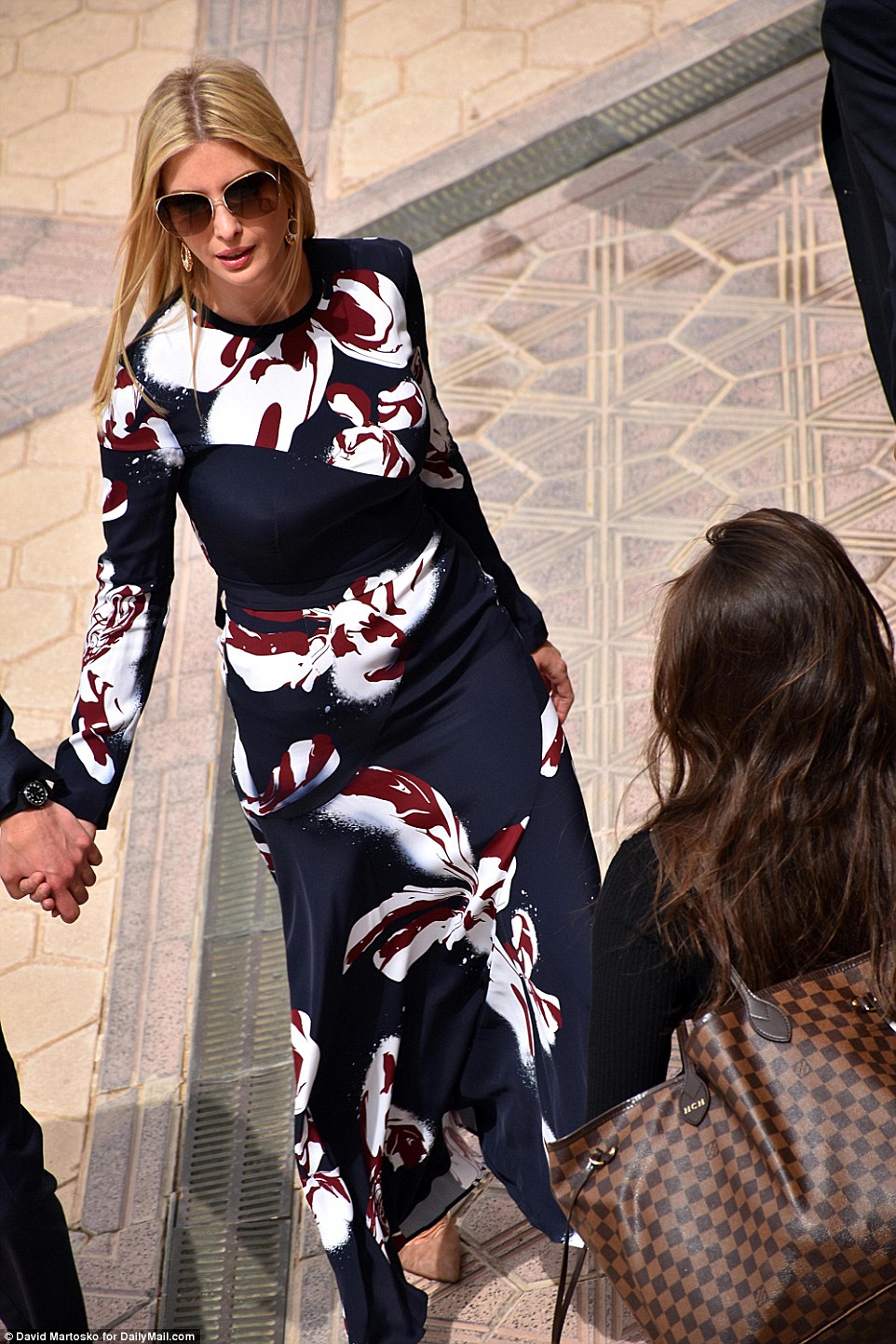 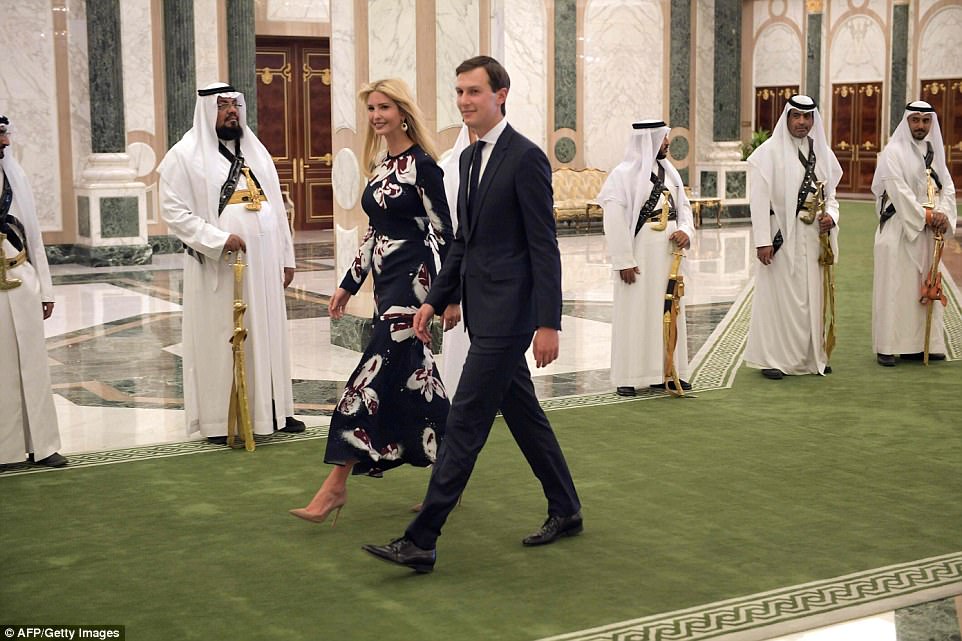 Hand-in-hand with her Mahram, Jared Kushner. It appears she chose to stick with her Gianvitto Rossi nude pumps all through the trip as you’ll see in other looks. 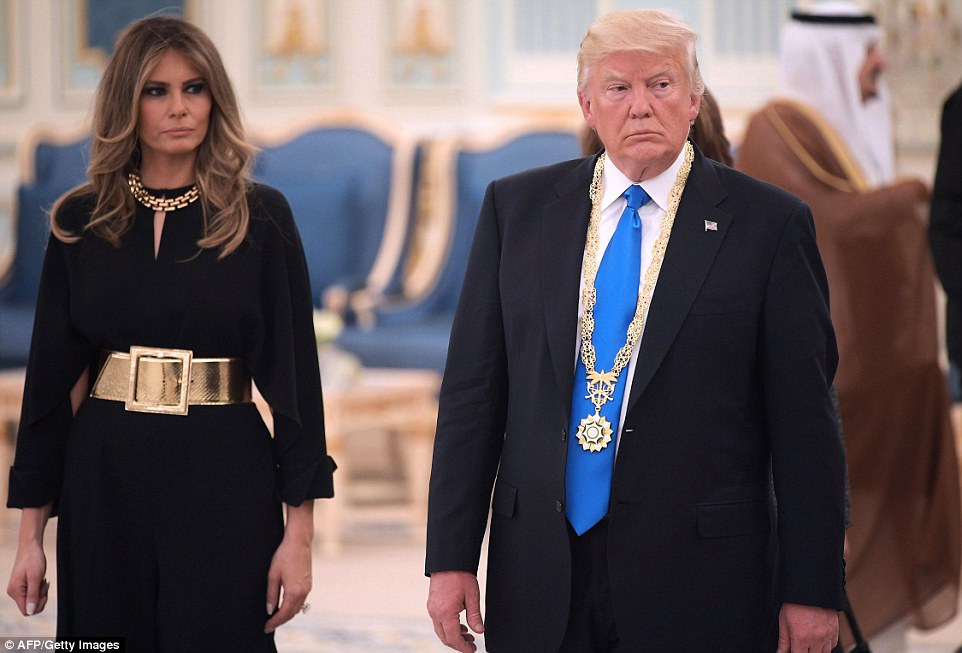 Melania on the other hand famously wore her black Stella McCartney jumpsuit with the wide Saint Laurent belt.

Meeting with the women in Saudi

Both Melania and Ivanka opted for structured looks when they were to hold meetings on the sidelines of the Summit. 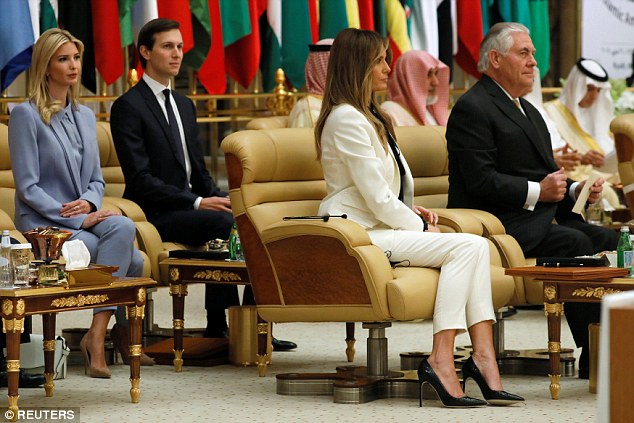 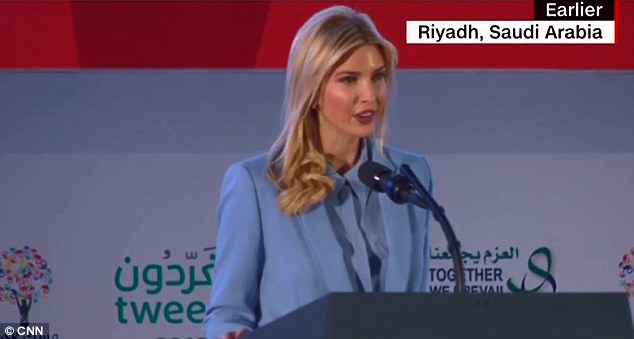 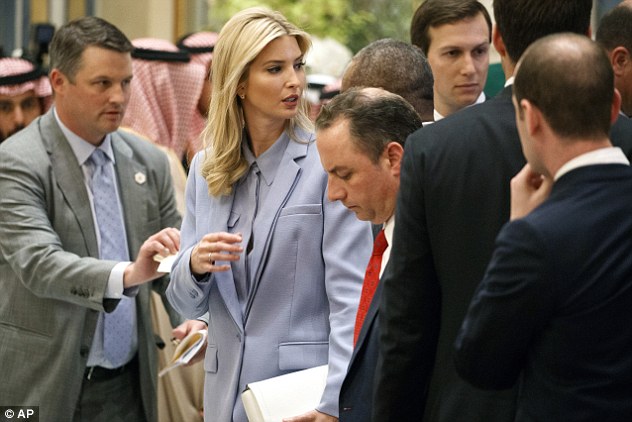 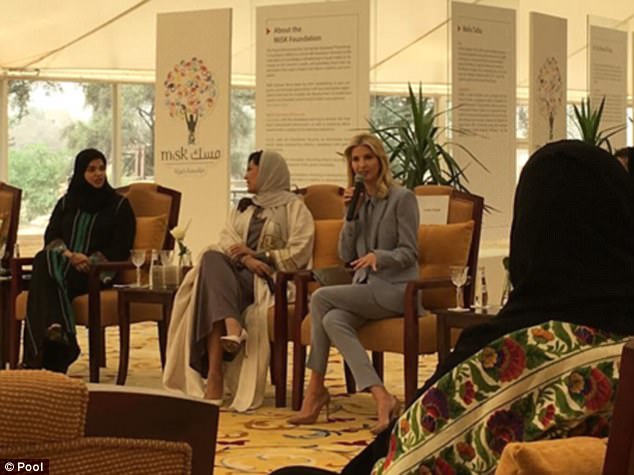 Button-down with pocket detailing shirt and a structured yet loose suit and the slim-fitted pants – Get the complete look from ESCADA Ivanka Trump. Well, complete except for the same nude Gianvito Rossi pumps she still stuck with for this look.

It’s a shame no one quite captured Ivanka in her stand-out shimmery evening dress with the back slit which she wore at the Murraba Palace while her stepmother rocked her pink cape-sleeved dress. 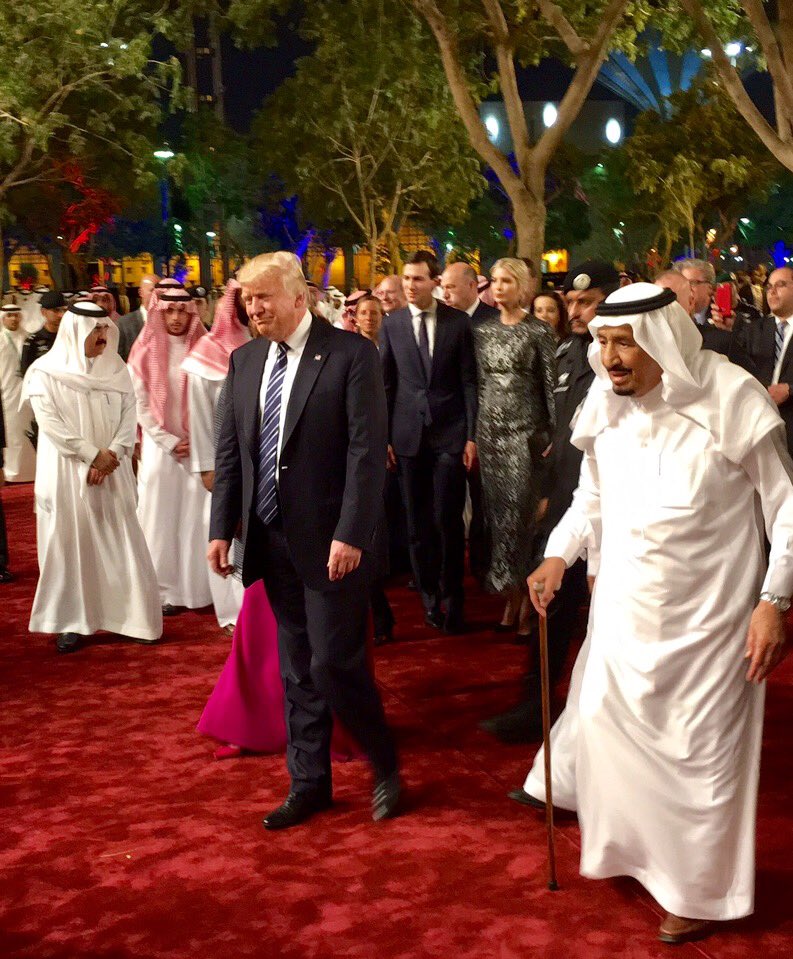 And a video too (that’s where you notice the slit):

Mad about plaid: 8 ways to wear the classic pattern this holiday season

From Italy to Saudi Arabia, here’s how Melania Trump took the world by storm with her fashion