These fashion handbags are made from used tyres and its the work of Reabetswe Ngwane from South Africa. She recycles tyre tubes for a living and has been able to turn waste to wealth.

Reabetswe Ngwane was raised in Mogwase, she later moved to the city in Rustenburg where she collaborated with a friend. Together they recycled plastic bags, turning them into school bags with solar lanterns for poor school kids.

“Then we parted ways respectively in business and generally. That’s when I started the tyre business with my sister [Katlego],” says Ngwane.

As the business started picking up, the Recycling and Economic Development Initiative, REDISA, in South Africa got on board to handle their Rustenburg tyre depot.

Ngwane educated herself about all the elements that went into the tyre business even learning from low-income trolley pushers and those recycling scraps.

“They work extensively at the minefields; in a nutshell, they are industry experts. We went to them, consulted with them. [About an] alternative to plastic, because that’s all I knew. I asked them ‘what else I could use as a resource to make up products’ and they advised on the tyre tubes and it became a business,” she says.

From then Ngwane focused on recycling tyre tubes to make fashionable bags. She sells them in a store, Mememe, in Cape Town in the Western Cape, and another in South African capital Pretoria, called In Bloom. She also takes orders online. Her bags range from R500 ($43) to R1,400 ($120).

According to Forbes; “Ngwane is the first to break into this kind of market.

With her sister Katlego, their company, KreamFields, has been in operation for the last two years, and their fortune is growing.

Their work also has social significance as recycling waste means helping the environment rid itself of rubber scrap.” 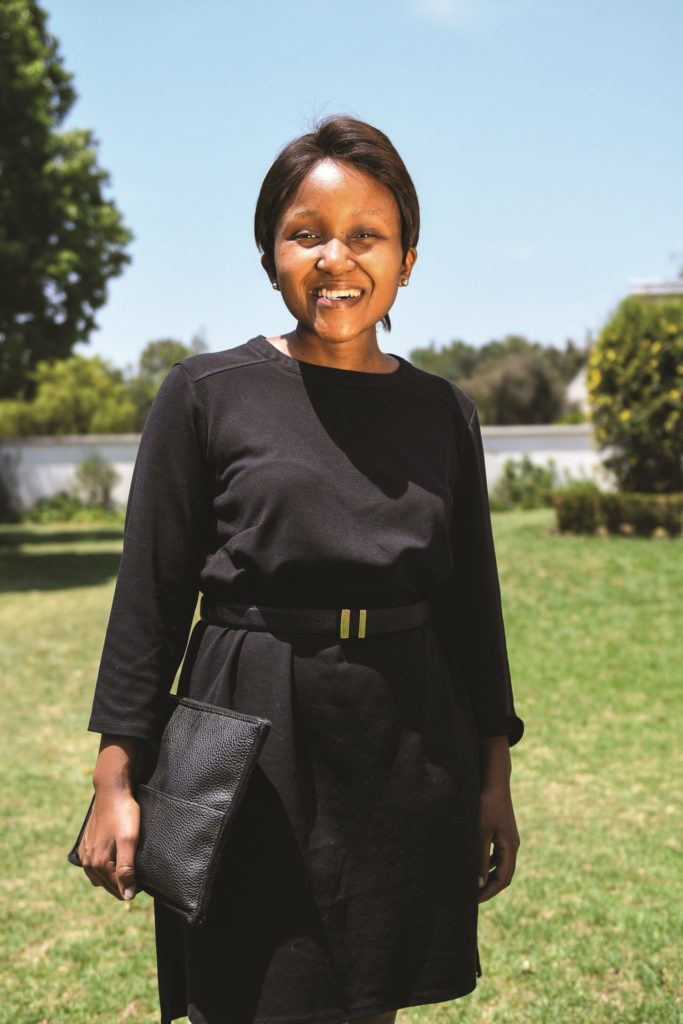