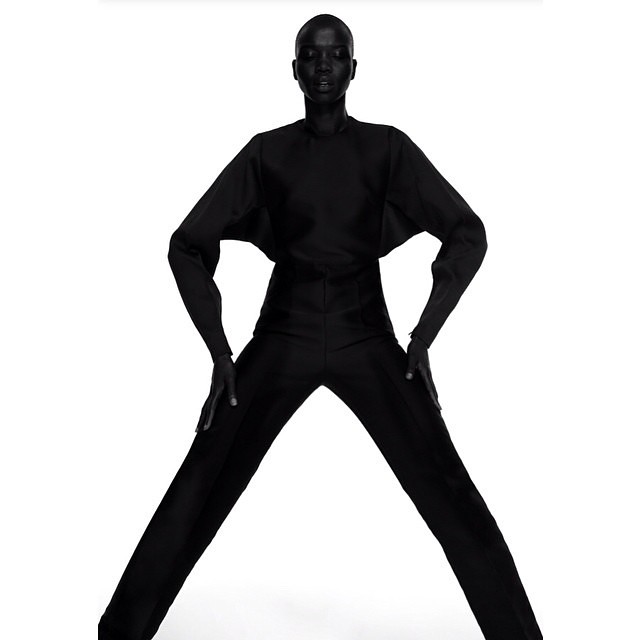 Recently, I have been attending model casting here in Lagos, Nigeria and my observations based on how they treat models with black or dark skin color are a thing of concern. There is a lot of segregation even in selecting black models in Africa.

Nykhor, a black model from Sudan captioned earlier on instagram that, ‘The blacker the Berry the sweeter the juice, I love my black skin. They use to tell me that my black face made people feel uncomfortable, that they don’t know what to do with me. It would have been the best for me to bleach my skin and become lighter skin in order to accommodate those who claimed to be afraid of my darkness. So many black women have done just that to conformed to a system that have no space for blue black girl. We are beautiful as we are, we are not a recessive gene, we are the original beings. Can you handle my blackness?”

The question ‘Is Your melanin on Fleek?‘ is based on the fact that, blacks should be celebrated as humans and not an inferior being.

The black skin is not a badge of shame but rather a glorious symbol of national greatness, we should see ourselves as an essential existing being. 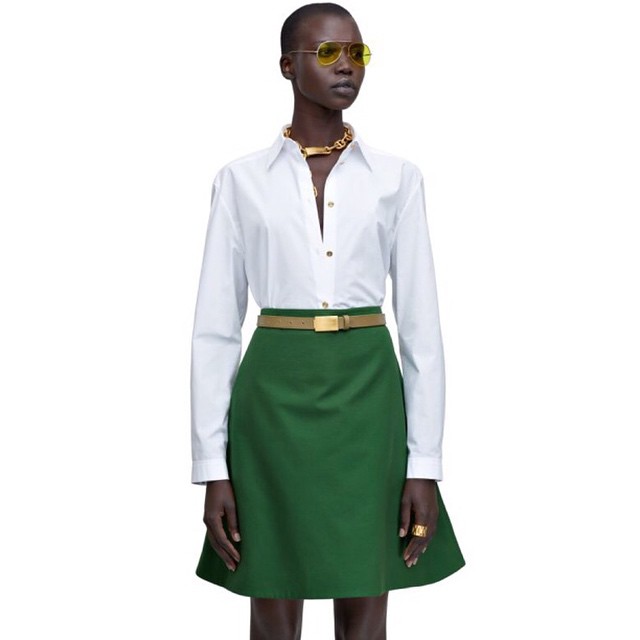 The melanin theorist Carol Barnes wrote in his book, Melanin: The chemical key to black greatness, that, “Melanin is responsible for the existence of civilization, philosophy, religion, truth, justice, and righteousness. Individuals (whites) containing low levels of Melanin will behave in a barbaric manner”.

Many blacks don’t know the importance of our melanin, hence, some black people are out there bleaching their skin to get rid of the ‘curse of melanin’ which could result to Health hazards such as skin cancer, leprosy amongst others.

In my own opinion, the adventure of wanting to change ones natural endowment (skin color) is nothing but a mental and psychotic problem which defies any reasonable sense of judgement.

In other words, it’s a sickness of the mind. In view of this, Africans should be made to know that a white man would not for any reason conceive the idea of wanting to be black, why then should we not cherish what is our own?

Again, Pan-African leaders, freedom fighters, intellectuals and other persons of impeccable reputation and profound erudition have a role to play. This is with a view to sensitizing the ignorant and the downtrodden people in the society. For instance people, out of ignorance and delusion adopt whatever is done by persons of timber and calibre hook, line and sinker.

A case in point is the magical displays of the late hip-hop icon, Michael Jackson who could change his skin color, nose shape and other physical features of himself indiscriminately. This is a Great menace which persons of black skin ought to be reoriented about.

It is important to note that this post isn’t to discuss who is superior or inferior, people get lost in that. I’m writing to acknowledge the gifts that blacks have when they are in control of their mind, body and spirit.

These gifts built great civilization that influenced the rest of the world. Melanin is power. It is a secret intelligence that allows Africans to do extraordinary things.

Your are using your facial masks all wrong

Beauty and the budget: Honey might be all you need for your skin care routine