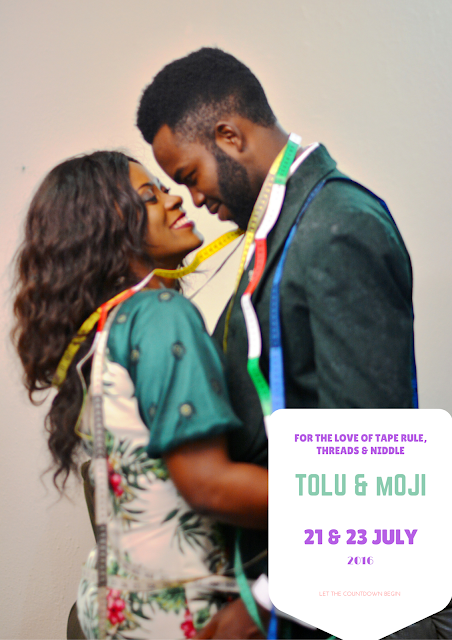 When you meet the one who changes the way your heart beats,dance with them to that rhythm for as long as the Song Lasts, Just shut the world out and Dance to the Music……

Last year, CEO of Tsignature clothing, Tolu Akinola proposed to his woman, Mojisola Bankole in Church in the most incredible way and we featured the amazing proposal.

The love birds are now set to walk to walk down the aisle and have released their beautiful e-session photos ahead of their big day!

So, how did we start….well we attend the same church and we casually share pleasantries until our pastor formally introduced us. At the time she was just starting her fashion career so our conversations were basically around that.” 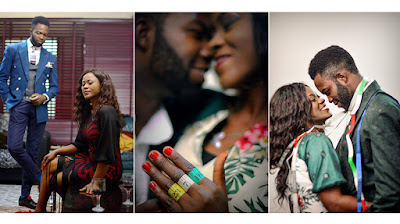 Time passed and we got closer, we became good friends and not for once did i think of dating her cos i needed to be alone at the time. But one day her uncle invited me cos he needed a tailored suit and she told him about me. On getting to her house, as she walked towards me at the gate it was as if a veil fell off my face and i realised how much of my heart she already occupied.

It was my first time seeing her outside church, and i witness another homely side of her and i was like guy you have been sleeping oh….lol. so from there on i moved closer with intention and as they say the rest is history.

Here we are taking the bold step together in few hours to begin and build our home and kingdom. Its been an amazing journey and i must confess my Mojisola is a Queen.

It was after the church service and he had arranged with their church Pastor to have her announce to the Church that there’s a video for everyone to see!

Poor Moji.
She made the announcement as instructed but she didn’t know that the video clip that was about to be played was about her.
The video started with slides of poem and a game of words such as Beautiful.
It wasn’t until her face was revealed at the end of the video clip that she got a wind of the situation.
And then her prince charming showed up with a ring and popped the ‘Will you marry me’ question.
Of course, she said Yes but not after some little drama of rolling on the floor in utmost disbelief…she never  expected it!

Tolu’s poem to his woman!
I met you a Queen, God simply favoured me by letting you into my world.
I thought I’d seen beauty
I thought I’d witnessed grace
I thought I’d known love
Till I gazed upon your face

My Queen, the world is ours for the taking. And with you by my side we will conquer continents.
I LOVE YOU, Lets advance.