To get through this piece appropriately, it would be instructive to define a few terminologies:

Slut: a woman who has many casual sexual partners. Synonyms: whore, prostitute, hooker.

Nothing new up there right? No words you haven’t heard, seen or even been associated with before. But this may come across as strange:

Slutwalk: a transnational movement of protest marches calling for an end to rape culture, including victim blaming and slut shaming of sexual assault victims (Wikipedia).

The history of the Slutwalk is embedded in a 2011 incident where a Toronto police officer in a statement at a safety forum after a female student had been sexually assaulted on the Osgoode Hall Law School premises said, “I’m not supposed to say this but to prevent sexual assault, avoid dressing like sluts”.

At the time in 2011, conversations around victim-blaming were not as ubiquitous as they are now. Although the police officer subsequently apologised admitting that “assaulted women are not victims by choice”, his demoralising speech spun something that would turn out a greater cause than his female audience could control.

In April of the same year, the first Slutwalk march held in Toronto, Canada with an unexpected, staggering turnout of over 3,000. The two ladies who founded the movement, Heather Jarvis and Sonya Barnett, aimed to alter the rape culture that believes in blaming the behaviour of the victim rather than the perpetrator.

Huffington Post wrote at the time that the thousands who showed up for Slutwalk Toronto did “wearing jeans and a T-shirt; others in outfits more appropriate for a Victoria’s Secret fashion show: thigh-highs, lingerie, stilettos“.

But all that was in 2011 and in fact, the Slutwalk Toronto website was last updated in 2014.

This is 2017 and Slutwalk in America and other parts now has a new face: Amber Rose. Her intentions for the movement are similar to those of the original founders but her tactics may be somewhat contradictory.

As she has recounted numerous times and most recently in this viral interview with Complex, Rose had been slut-shamed since she was teenager and at a time when she was still a virgin. After her famed relationship with rapper, Kanye West ended, Rose was verbally victimised for a lengthy period. He was once said of her in an interview after he began dating reality TV star, Kim Kardashian, “It’s very hard for a woman to want to be with someone that’s with Amber Rose… I had to take 30 showers before I got with Kim” and all this is the most concise summary of Rose’ past struggles.

When Amber Rose released a photo to promote Slutwalk in June 2017, she sent a fraction of the world further into the spiral of confusion. She was dressed in a spread out black fur coat, a bikini top, sunglasses and her bare crotch. The photo was simply captioned #AmberRoseslutwalk and a link to its website. It didn’t take long for Instagram to take down the photo but that move came late as it had already gone viral. Even Rose shamed the app, “When IG deletes ur fire ass feminist post but you really don’t give a fuck because everyone picked it up already“. 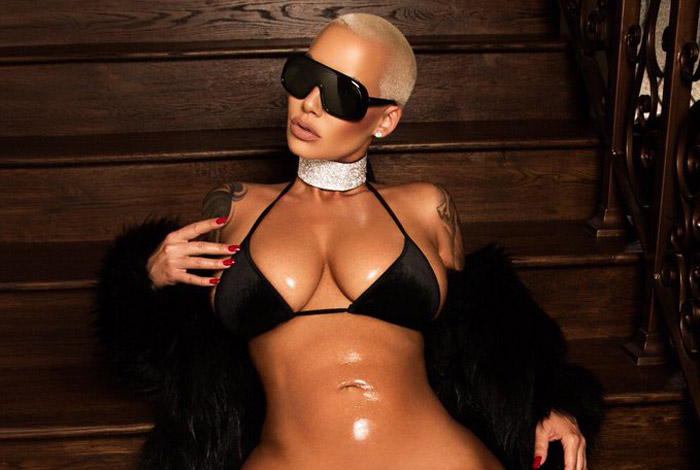 In her interview with Complex, she explained that the essence of the photo was to promote how important it is for women to keep their pubic hair as shaving it opens them more to infections. But the point of it all was misplaced, the message got lost in the conversation that followed the image. This equally applies to the campaign against the rape and victim-shaming culture.

The Slutwalk is a great cause that should garner worldwide attention but a personality like Amber Rose has made it extra difficult for a large number of women and parents to relate with it. How do you explain to your daughter that the half naked woman on social media is fighting a cause that she can identify with? All we think Amber Rose needs to do is draw the line.

Reintroducing Idia Aisien: Here are 5 things you didn't know about the model and actress

The 24 snapbacks relaunch: My Culture, My Heritage, Me

Are you female in Nigeria, these style tips will help you avoid rape