As the New York Fashion Week draws to a close, Kanye West returned to the fashion week on Wednesday with his Yeezy season 5 showing.

Following a rough year and his memory loss after his hospitalization, Kanye West gave a splendid show that has gotten very good reviews, compared to last season’s outing and its numerous glitches.

Here are five major highlights from the show:

Kanye listened to critics: The show which was billed to start at 3pm started 25 minutes late and in the world of fashion shows, that’s very permissible. It held in a dark studio at Pier 59 that allowed 300 guests.

In the middle of the room was a dark column that turned out to be a video screen where the looks were projected as the models rotated giving the fashion audience a 360 degree view. In past seasons, there had been complaints that the designs could not be seen up close.

The catwalk debut of Halima Aden: She made headlines first in November 2016 when she competed in the Miss Minnesota beauty pageant wearing a hijab throughout and a burkini during the swimsuit competition.

The 19 year-old Somali-American walked the Yeezy runway in her hijab and a long fur coat. Her feature in the Yeezy5 show spelled a win for diversity and Kanye’s controversial character.

The Yeezy x Adidas runners reveal: Kanye had made an unofficial debut of the running sneakers on his Valentine Day’s date with wife, Kim Kardashian. The sneakers were then revealed on the runway by all the male models and Halima Aden, who wore them in black and burgundy.

Kim Kardashian’s smashing frontrow presence: Mrs Yeezy showed up at this season’s show in head to toe Yeezy ensemble in burgundy. With high-waisted trousers tucked in strappy boots, Kim sealed off the look with a sheer blouse and no bra. 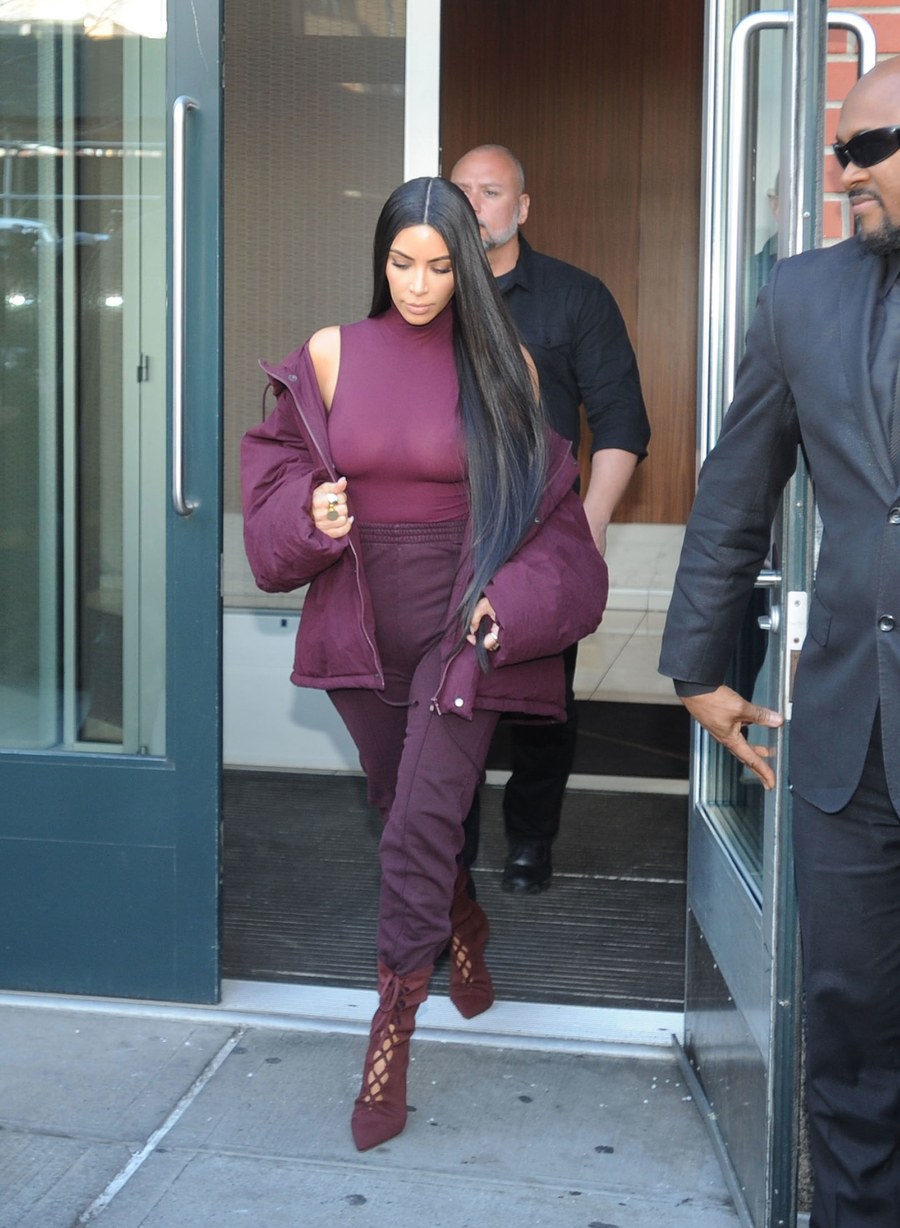 She was later seen kissing Kanye backstage after the show had ended.

Kanye did not appear to take a bow: Or isn’t this how designers sign off at the end of their shows? But Kanye decided to remain backstage leaving the audience wondering if the show had come to an end or…

Although this was rather un-Kanye, an applause still followed because ultimately, it was a good show.