Have you ever noticed how legendary cartoon figures more often than not, have a specific food they’re crazy about? Hellofood.com.ng absolutely inseparable from their favourite foods and put together some facts you don’t know about them. 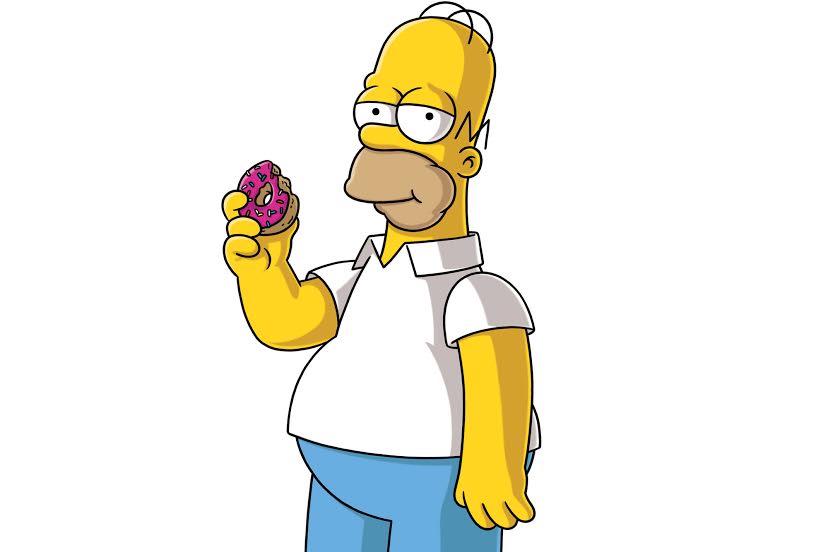 Homer Simpson, the hungriest of them all, has to be on the top of this list. He loves to eat, but his food trademark is without a doubt donuts, with his catchphrase “mmm…donuts” said at least once in every episode. In the 10th season’s episode “They Saved Lisa’s Brain”, his donut mania goes to the next level with guest star Stephen Hawking telling Homer: “Your theory of a donut-shaped universe is intriguing… I may have to steal it.”

Homer’s idea isn’t too far-fetched, actually. Certain hot and cold spots seen in the Cosmic Microwave Background radiation—the afterglow of the Big Bang—have led some scientists to hypothesize that the cosmos might be a three-dimensional torus, or basically, a donut.

Our favourite one eyed-sailor has shaped and settled the connection between spinach and strength. Sorry to say this, but spinach doesn’t make your muscles big. In fact, Popeye’s love of the food was due to a misplaced decimal point. Here’s the story behind it:

In 1870 German chemist Erich von Wolf correctly ascertained the amount of iron in spinach, but while transcribing his notes, he accidentally misplaced a decimal point: instead of recording that spinach had 3.5 milligrams of iron per 100-gram serving (as is the case), he wrote that it had 35 milligrams. This is a huge amount. As Samuel Arbesman notes, if that calculation were actually correct, “a 100-gram serving would be like eating a small piece of a paper clip.” Nonetheless, Popeye helped increase American consumption of spinach by a third!

He is cynical, sarcastic and loves destroying things. Born in an Italian restaurant, he is obsessed with lasagna, which he has described as “nature’s most perfect food”. Whether you are a dog or a cat person, you certainly love the Monday-hating Garfield. One of his best lasagna moves was when he made a pizza-lasagna-pizza-sandwich. 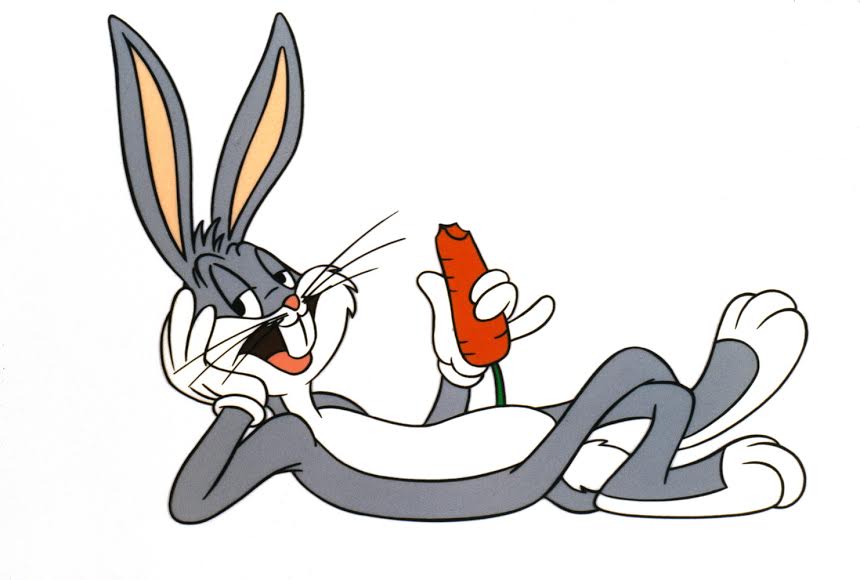 Bugs has two trademarks: the carrot and his line “What’s up, Doc?” But where do these come from? No one’s sure, but experts have suggested they might have been inspired by a couple of popular films: In Frank Capra’s 1934 Oscar-winning comedy, It Happened One Night, Clark Gable nervously munches on carrots. Moreover, in the classic 1939 screwball comedy My Man Godfrey, William Powell uses the line, “What’s up, Doc?” repeatedly.

Eating and talking isn’t generally advised. But someone had to do it. The carrot-chomping rabbit was a tough act for Blanc who did his voice: Recording the “What’s up, Doc?” line was incomplete without the sound of the rabbit nibbling on the carrot, which presented problems. “First of all, I don’t especially like carrots, at least not raw”, as he once shared in an interview. 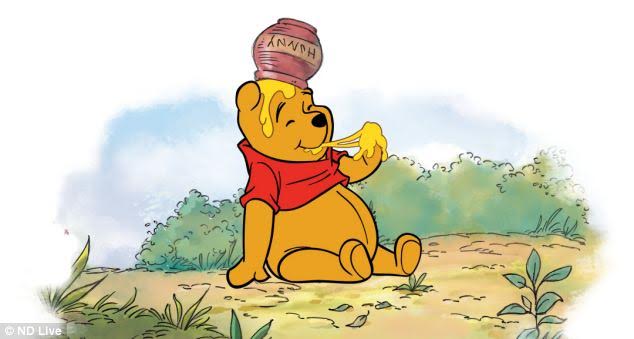 Known for his love of honey (or “hunny” as he spells it), Winnie the Pooh wakes up in the mornings and first thing he says is “what’s for breakfast”. Similarly, the rest of the day is all about going on adventures with Christopher Robin or Piglet, visiting friends who he thinks have “hunny” and looking for “Hunny to Fill the Rumblee in his Tumblee”.

But why does Pooh have this fascination with honey? The story is somehow reminiscent of the one of Obelix. It begun one summer day when the whole group of friends went to Tigger’s vacation house in Honopolis. It was a rainy day so everyone stayed at home. Winnie the Pooh decided to explore the house and ended up in a dark room. Before realising what was around him, he slipped and fell right into a pot of honey. Later that day Tigger found Pooh at the bottom of the pot, having eaten the whole thing. From then on honey was Pooh’s favourite food.

Songs about his love of honey such as “Hunny in Every Pot” and “A Good 5-Cent Candy Cigar actually won a Grammy in 1975 for the Best Album for Children. 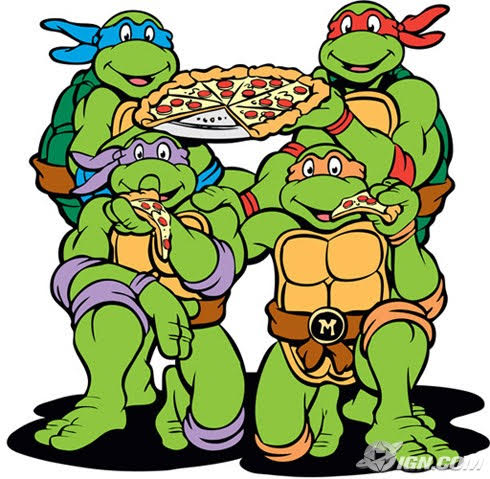 These four Renaissance-artist-named superheroes operating from the sewers of New York City are undeniably related to pizza, which has been an integral part of the TMNT franchise from inception (creators, Kevin Eastman and Peter Laird often ate pizza while working on the cartoon). Indeed, the only thing the Teenage Mutant Ninja Turtles loved more than fighting crime was a hot, fresh pizza.

Whenever Leonardo, Donatello, Michelangelo and Raphael decided to take a rest it was always for a pizza and always with unorthodox ingredients like clams, peanut butter and chocolate sprinkles.

Even Shredder was aware that pizzas are the Turtles’ kryptonite and for this reason he used it in many of his plans to destroy them.

hellofood is the leading online food ordering and delivery platform in Africa. The company enables restaurants to become visible in the online and mobile world and provides them with constantly evolving online technology. For consumers, hellofood offers the convenience of ordering food online from a huge range of restaurants, from which they can choose their favorite meal on the web or via the app. hellofood operates in Nigeria, Morocco, Kenya, Ghana, Senegal, Ivory Coast, Rwanda, Tanzania, Uganda and Algeria.

﻿Aww! This bride and her bridesmaids perform "Woju" on her wedding day (WATCH)

Did You Know? The Food You Eat Says A Lot About Your Mood

10 Incredible Breakfast Meals Around The World