Author, Chimamanda Ngozi-Adichie has been listed as one of New York Times Style Magazine’s The Greats.

Adichie’s profile written by Dave Eggars touches briefly on her formative years, her success as an author who has now become a public intellectual and of course, life as a feminism icon. 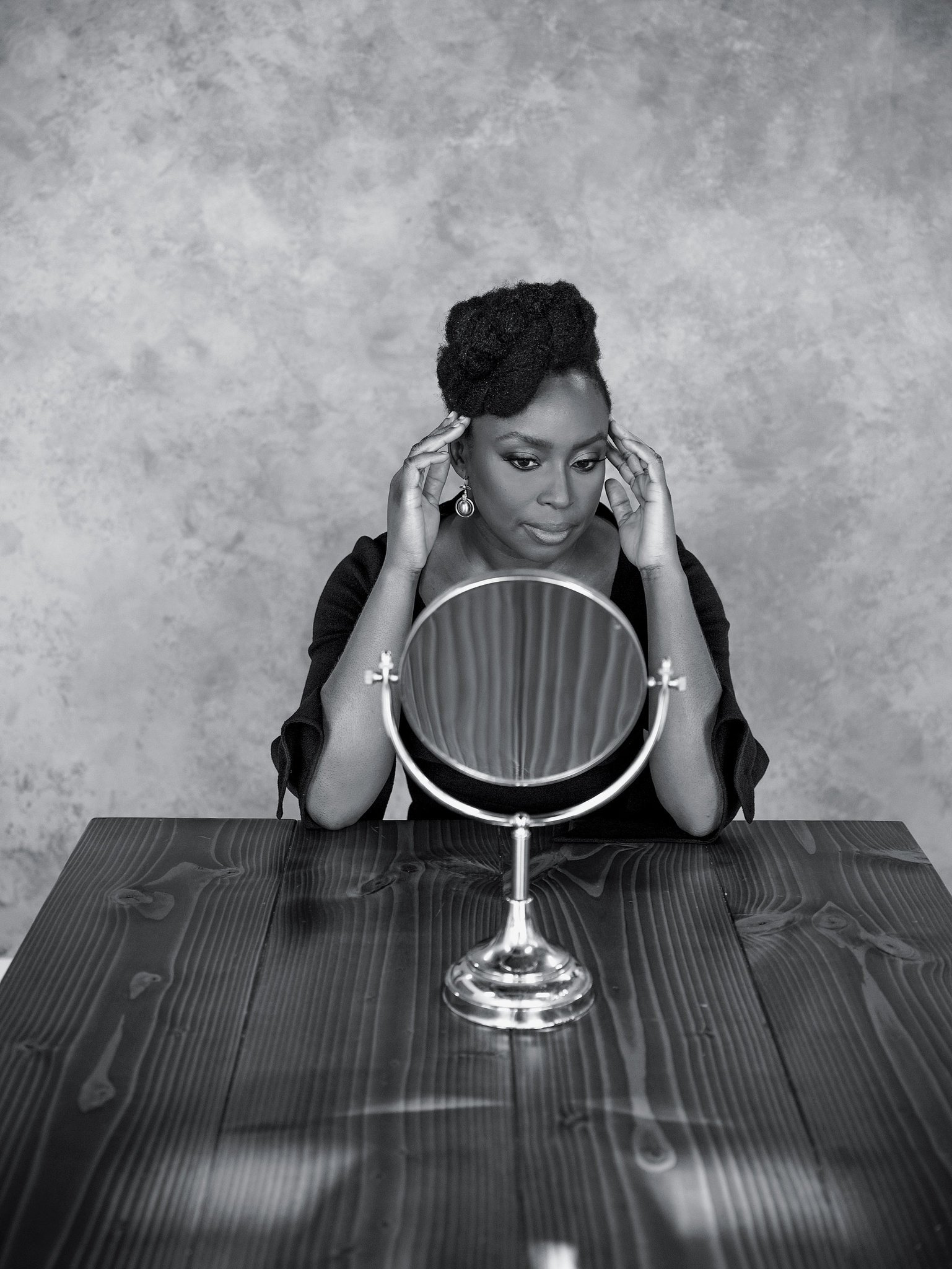 Eggars spent time with interviewing Adichie, viewing life from her perspective and listening first hand to her strong opinion on the issues she’s passionate about.

He wrote, “Chimamanda Ngozi Adichie stood in front of a small class of literature students at Cardozo high school in Washington, D.C. While introducing her, Dr. Frazier O’Leary, the class’s soft-spoken teacher, mentioned that Adichie had visited at the school a few years before, and that between that visit and this one, Adichie had had a daughter, now 23 months old. Then he ceded the floor to Adichie. She stood before the 20-odd students, her fingertips on the podium, and swept her almond eyes around the room.”

“Adichie was wearing a T-shirt that read, in glittering letters, “We Should All Be Feminists,” and she carried a Christian Dior bag that bore the same message, both inspired by her 2012 TEDx Talk, which has been viewed over four million times. The students had been assigned to read Adichie’s essay based on the talk, and thus it was dispiriting when the first question came from a young man, originally from Ghana, who very politely asked how Adichie was balancing her work with the responsibilities of motherhood.”

“She looked down and smiled. She took her time, and then, with her chin still lowered, she raised her eyes to look kindly at the student.

“I’m going to answer your question,” she said, “but you have to promise me that the next time you meet a new father, you ask him how he’s balancing his work and the responsibilities of fatherhood.”