Events
23 July 2015
by Olivia
0
Live Theatre on Sunday in partnership with TerraKulture present the Command Performances and Finale shows of Dapo Adelugba’s That Scoundrel Suberu, Adelarin Awotedu’s What Men Want and Wole Soyinka’s King Baabu this Saturday, July 25,2015 at Terra Kulture, 1376 Tiamiyu Savage Street, Victoria Island, Lagos at 3pm, 5pm and 7pm respectively. The tickets are 1,000 for Children, N2000 for adult and N5000 for Premium Seats. Tickets are available at TerraKulture, www.livetheatreonsunday.info and www.naijaticketshop.com and you could win a return ticket to London courtesy of Virgin Atlantic. 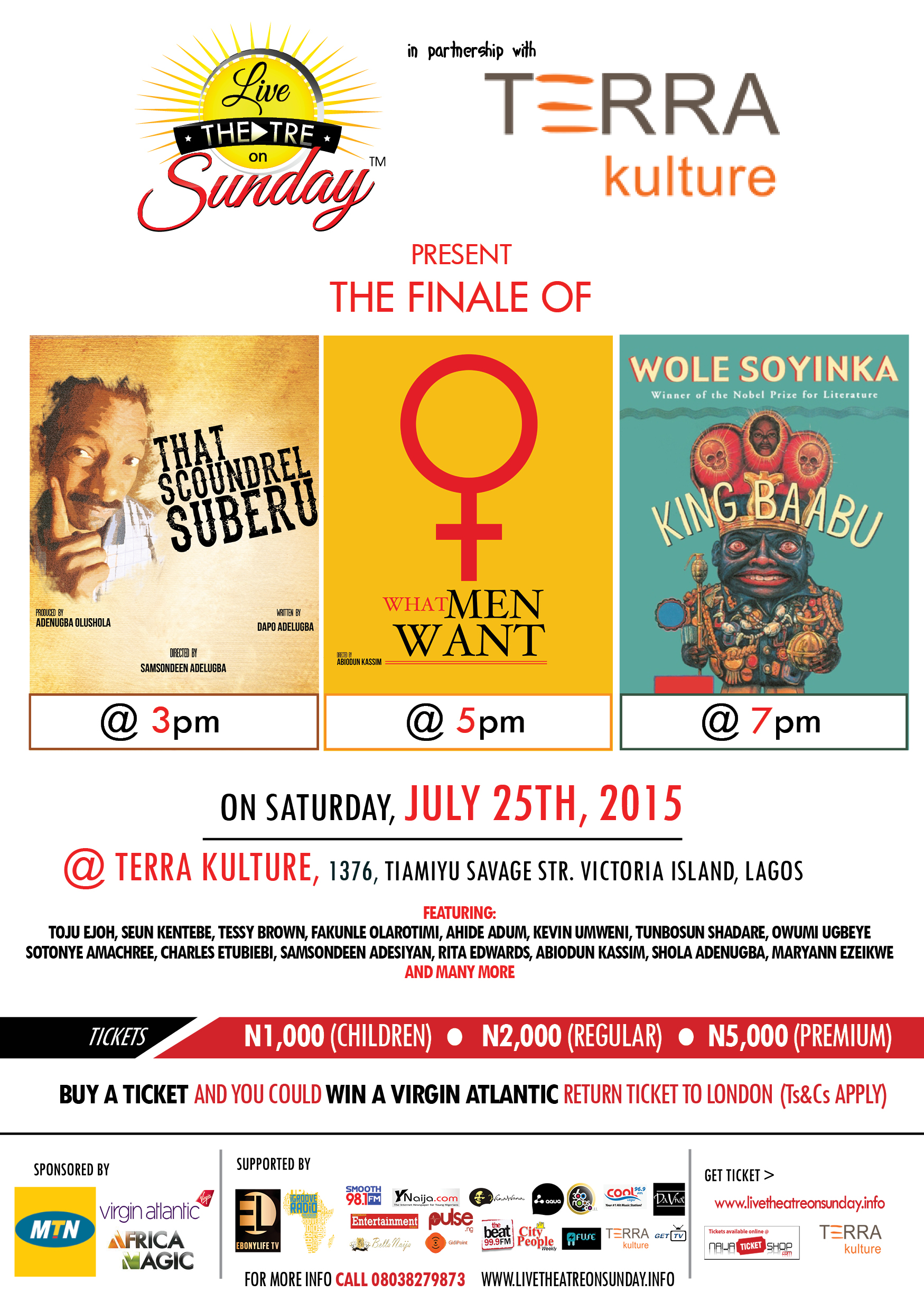 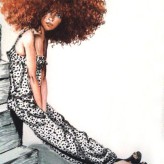 How To Wrap Your Box-Braids In 5 Simple Steps