Of all our senses, smell is our most primal, but also the most complex. Similarly, taste is also more complicated than the rest of the senses. And although each has its own receptor organ, these two are intimately entwined. Haven’t you ever wondered why food loses its flavour when you have a cold and your nose is blocked? In fact, taste buds allow us to perceive only sweet, salty, sour, bitter, or umami taste (umami is Japanese for ‘savoury’). It’s the smell of food that gives us most of the taste sensation. Ultimately, the experience of flavour is actually a combination of taste and smell.

One of the most pleasing things about food is the way it smells. Its odours reach us first and stimulate our appetite. But not all food creates that happy feeling; on the contrary, there are some that can make our stomachs turn regardless of their -surprisingly- good taste.

Food delivery app Hellofood.com.ng selected the 10 most outrageously smelly edible items from around the world. No, we’re not going to mention the beans and fish -office-mistake people –shockingly- often do. This selection would probably get you fired if you brought it in for lunch. 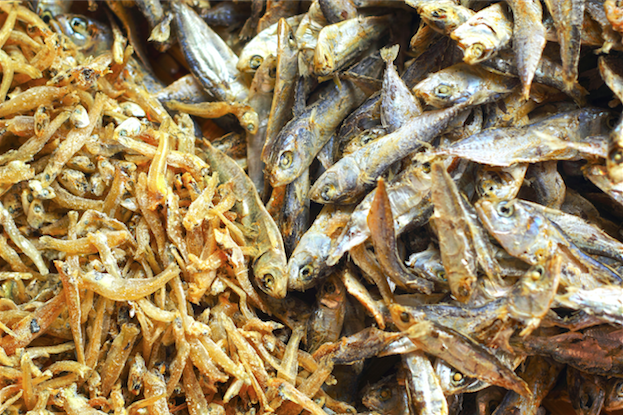 The most conventional food on this list is dried fish, which is eaten as a snack in Korea, China, and other Asian countries. Its truly revolting smell is instantly recognised by travelers and ex-pats who have spent some time in Asia. However, it’s difficult not to gag when you first encounter it; it’s as if the fish has been rotting away in a closed room for far, far too long… Definitely not the snack of choice over a relaxed movie night. 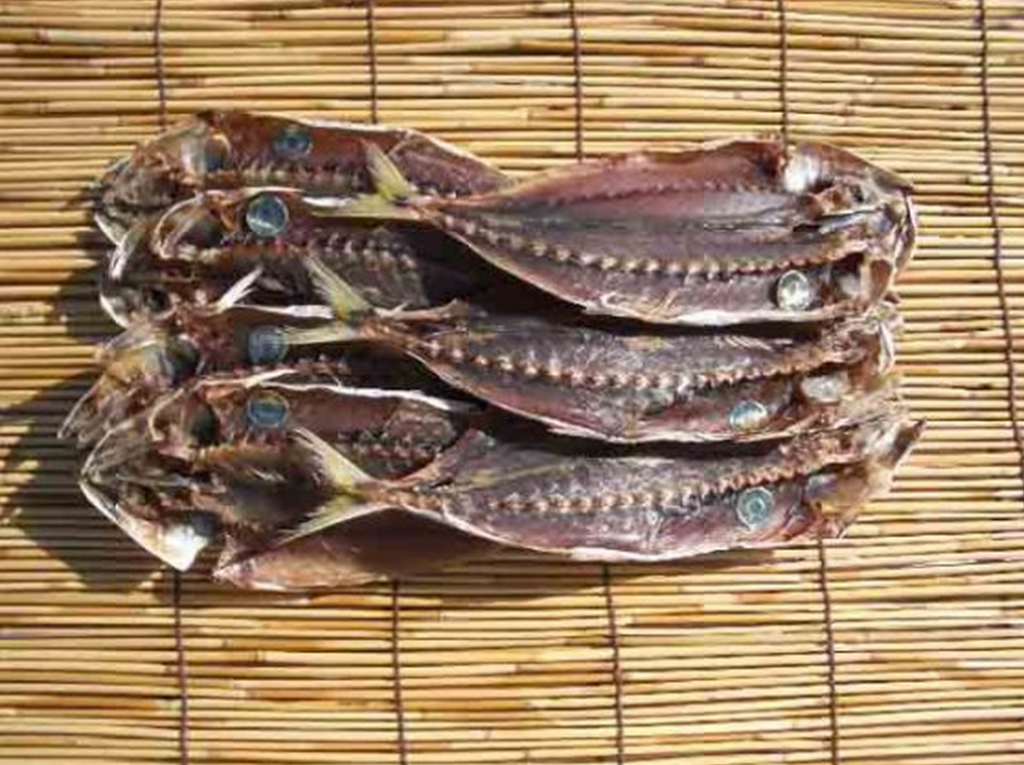 The next smelly fish comes from Japan and is soaked in salted brine (salty fish juice), then dried in the sun. The catch is that the same brine is used again and again and again and again, and the best kusaya comes from brine that has been in use for hundreds of years. Keep in mind that this brine is not refrigerated and has basically been fermenting in a container for centuries. It’s not a surprise then that its name translates to the first word that comes to mind when you get anywhere near this stuff: ‘that stinks’. 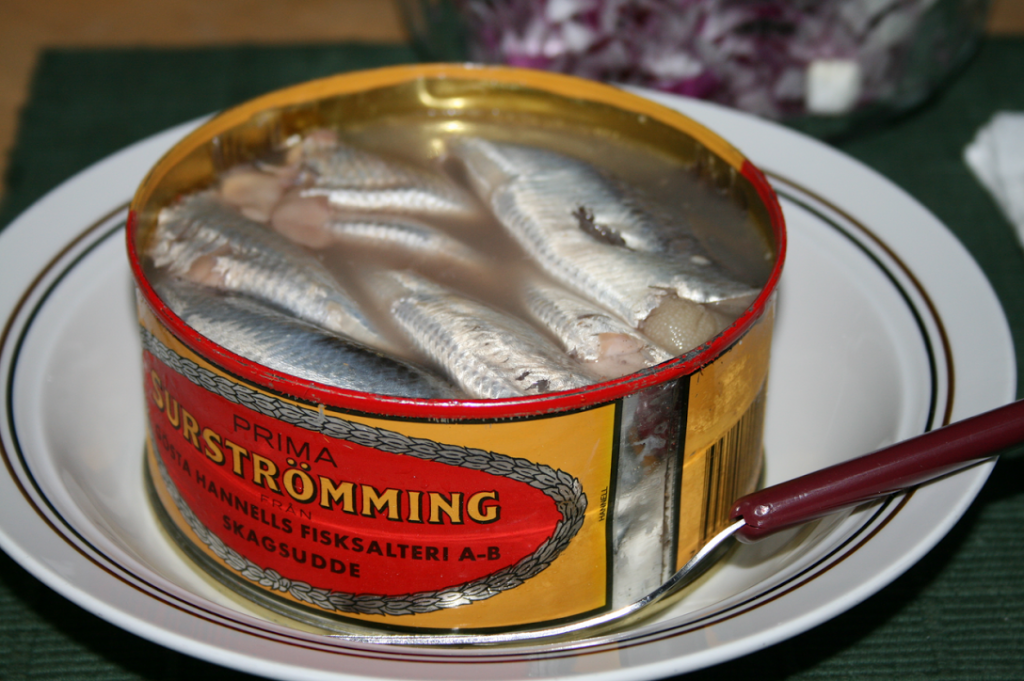 Moving on to the next fish, this sour, fermented Swedish herring is so noxious that even Sweden’s official government website refers to it as having a “pungent smell of rotting fish”. The site also recommends that you wash the herring before serving it, and warns that “the tin should be opened outdoors but its contents are best eaten indoors as the smell attracts flies”. 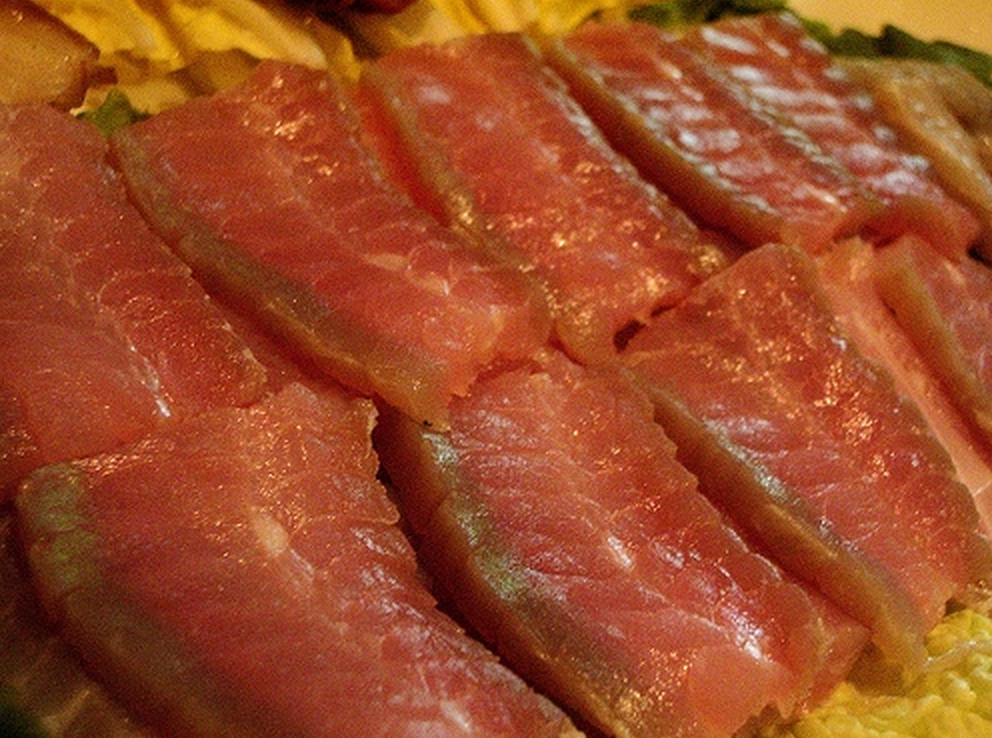 The foulest fish though comes from Korea. Hongeo hoe, or hongeo sashimi, is a rotten raw skate fish where the uric acid (pee) stored in the fish’s flesh turns to ammonia. As a matter of fact, ammonia can set off a natural gag reflex when humans smell it and it is quite the same when you put fish soaking in it in your mouth. Served raw and rotten, this Korean delicacy is definitely a challenge. 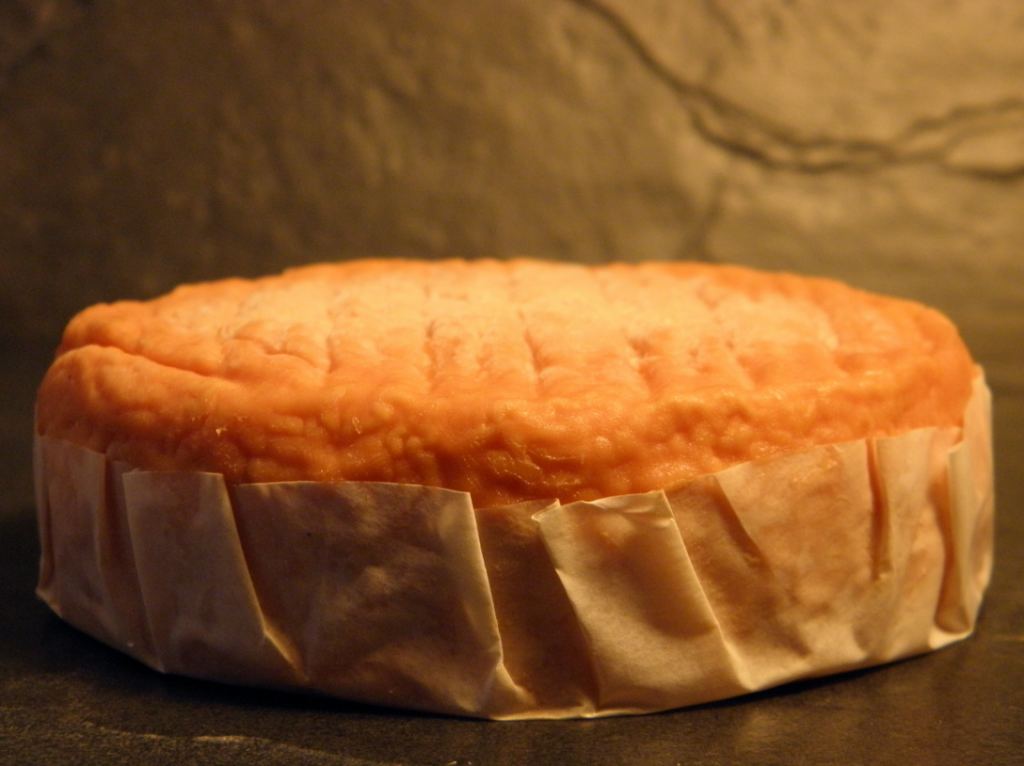 Following fish, the next distinctive stinky scents undeniably come from cheeses. One of Napolean’s favorites, Époisses de Bourgogne was called “the king of all cheeses” by famous gastronome Jean Anthelme Brillat-Savarin. This cheese is so smelly that it has been banned on public transportation in France according to the BBC. 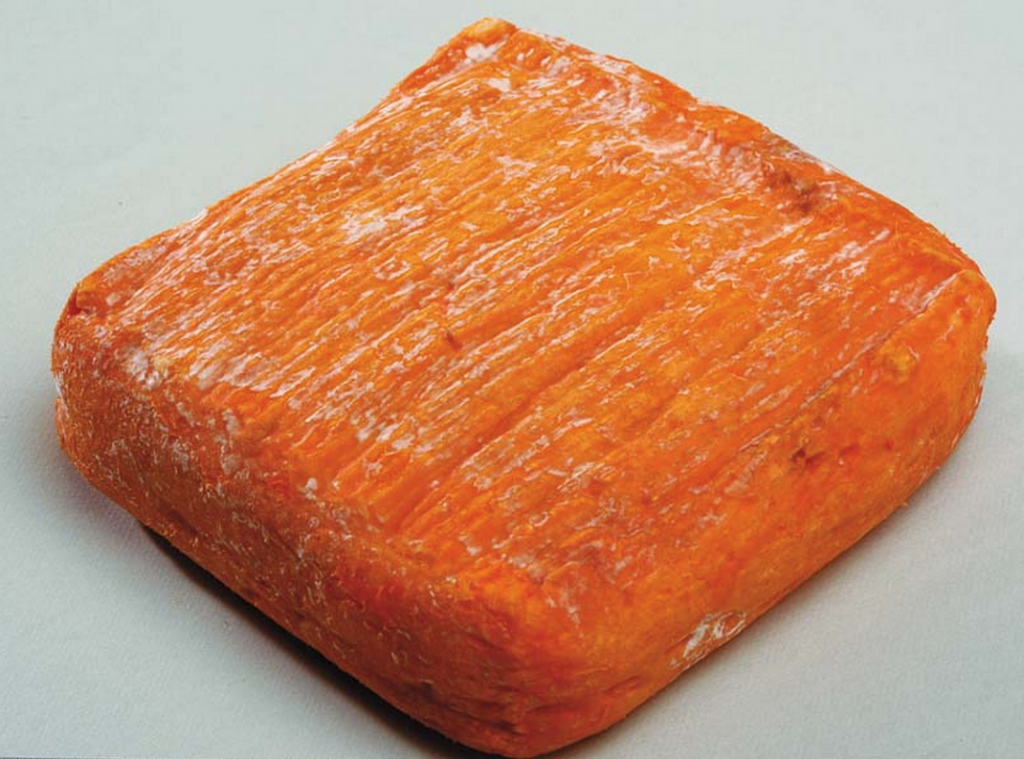 A cheese delicacy from Northern France, Vieux-Boulogne, also known as Sablé du Boulonnais, is an unpasteurized, unpressed cow’s milk cheese and its aroma is often compared to rot or dung. It officially gets the first place in its field: In 2004, a panel of expert researchers at Cranfield University in Bedfordshire, UK, deemed this soft, creamy cheese the smelliest of 15 French and British cheeses they tested. Additionally, in 2007, a follow-up test done by the same institution using ‘electronic nose’ sensors in 2007 reaffirmed Vieux-Boulogne’s status as the world’s smelliest cheese. 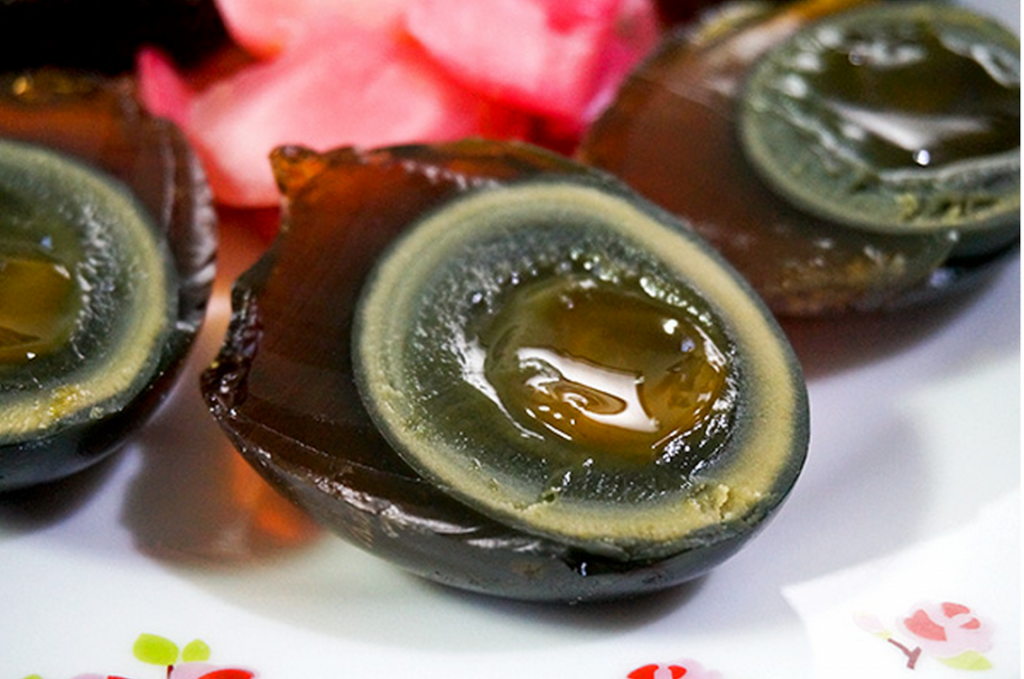 Another infamous smelly food is the egg. Some people can’t stand its smell, but probably no one can handle this particular one. Although it is not literally a century-old egg, its aroma might actually be quite the same. To make it, a chicken, duck or quail egg cell is covered in a paste of clay and salt (sometimes with the addition of lime, ash and tea water) before getting soaked in rice hulls and packed away for three years. When they’re cracked back open, they’re blackish-green in colour, somewhere between creamy and gelatinous in texture and release an odour along the lines of cat urine. Yum? 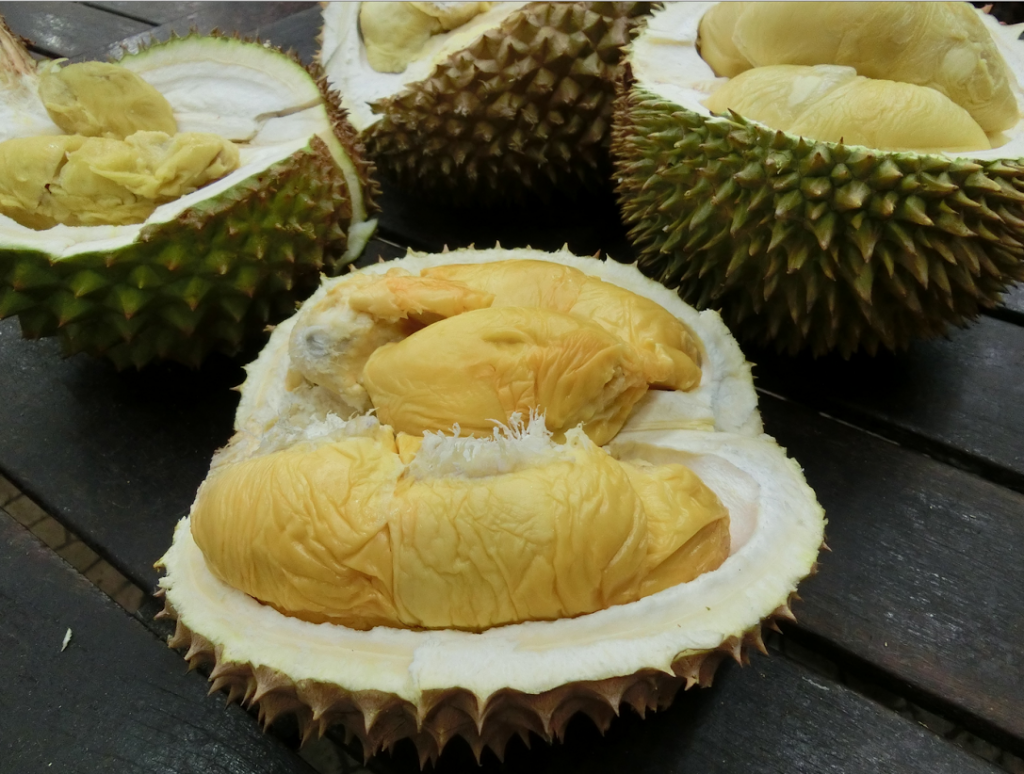 The most surprising member of this club is a fruit. A natural product, and the only food in this list that has not been fermented, stored, unpasteurized or soaked in something strange. Durian, a southeast Asian fruit, is often used in smoothies or as the stuffing in sweet buns, and revered by some for its ripe, nutty, pungent flavour. For others, however, the fruit is hated for an odour that Andrew Zimmern, Travel Channel’s Bizzare Foods host, compared the smell to “completely rotten mushy onions”. American celebrity chef Anthony Bourdain added “it leaves your breath smelling like you’ve been frenching your dead grandma”, and famous food critic, Richard Sterling, described it as “pig-shit, turpentine and onions, garnished with a gym sock.” It’s actually illegal to carry it on public transportation in a number of countries across Southeast Asia, including taxis in Thailand and trains in Singapore. Like many stinky foods, people often love it or hate it. 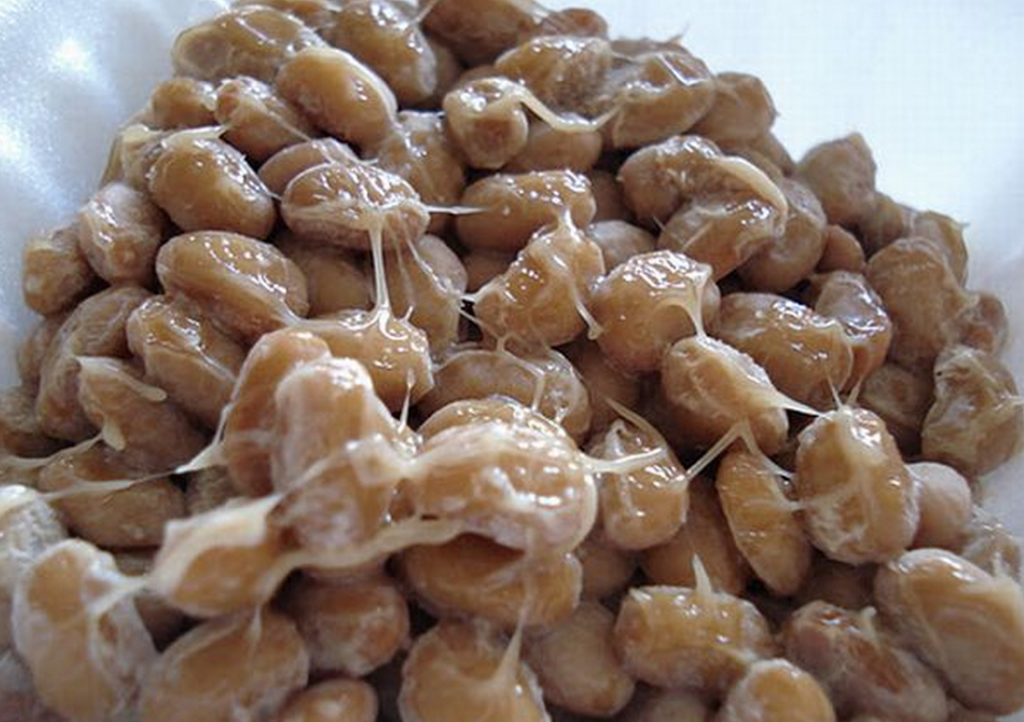 Moving on to the vegan arena, the smelliest food is Natto, a Japanese dish of slimy, fermented soybeans. It is often eaten for breakfast with or on top of rice, in sushi or added to a bowl of noodles. A little soy-based sauce and Chinese mustard is added before the beans are mixed up in a circular motion with chopsticks, which creates lots of bubbles and gooey strings of, well, slimy fermented beans. Besides its gooey, rather repellent appearance, Natto also bears a striking scent similarity to dirty, sweaty gym socks. However, someone managed to whip up an odour-free version. Kind takes the fun out of it, right? 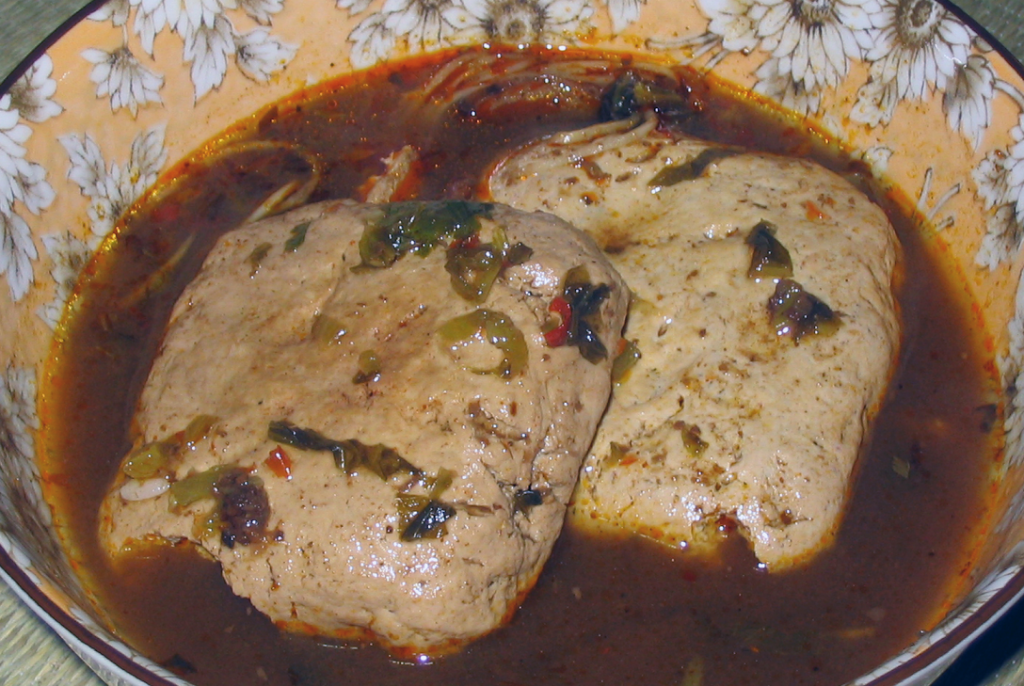 There’s no sugarcoating it with this one; stinky tofu’s name speaks for itself. It’s a fresh tofu bathed in a brine of fermented milk, meat, vegetables and, on occasion, seafood for such an extended period of time that maggots take hold. It has been playfully called the “blue cheese of tofu,” and is popular in China, where it is both a street food snack and a stadium snack, and even has a cult following in Taiwan. In fact, stinky tofu is so stinky that it is famous for being the only food Andrew Zimmern, the globetrotting gastronome behind Travel Channel’s Bizarre Foods, can’t eat. In his words, that’s “the only food that beat him”.

TwentySix x McBell Collaborate For Some Of These Awesomeness