Born in Los Angeles to her doctor dad from Senegal and her teacher mom from Louisiana, actress Issa Rae knew at an early age that she is “the shit.”

She had a bit of a reawakening in middle school where she discovered, ‘Oh, I’m not attractive to other people. The guys I go after don’t see me that way.’ “You learn that a very specific type is appreciated,” she said in her interview with Angelica Nwandu for Glamour Magazine TV Issue. “For me, it was like, ‘If I want to pursue acting, I know that I am going to always have to be the best friend.’

The 33-year-old Insecure cocreator decided to change that narrative when in 2011, she created a YouTube series titled The Misadventures of Awkward Black Girl and put herself in a lead role.

“The friend that I wanted wasn’t available,” says Issa Rae. “I was like, Fuck it. I know how to act this part. The embarrassment came from making a YouTube series while all of my friends were being doctors, lawyers, diplomats, all of those different things. Those postcollege questions—did I have to go to college to do this? Did I have to pay hundreds of thousands of dollars to make YouTube videos?—that was embarrassing for me.”

Her career took off, was successful and peaked. Goodbye self-doubt!

“There was no blueprint to do this. There was no one I could look to and be like, ‘Oh, so-and-so made some videos and then had a television show, and then did movies,’” she says. “You kind of just do it.”

~Rae confesses she had a major high moment when she learnt Michelle Obama was a fan. ‘Yes. Sasha and Malia put me on to it,” Mrs Obama had told Rae when they met in 2017. “She had just finished watching the finale, and she was like, ‘That fakeout—how could you do that? I thought you and Lawrence were going to live happily ever after,” Rae recounts. “I was like, ‘You really watch it?’ It was like talking to my auntie. It bums me out that I will never have that feeling again of the First Family fucking with us so hard and getting us. If Melania [Trump] said that to me, I would be like, ‘Well, I guess it’s cancelled. We’re not making this show. It’s not ours anymore.’ ”

“I’m doing what I love, and that is never lost on me. Even when I’m in my most frustrated moments, I’m like, ‘There’s always a silver lining.’ My general vibe is grateful, happy,” she says.

“You almost feel guilty, though. Not to discredit depression—you know I applaud people for being able to come out and be like, ‘I am sad, I am depressed’—but part of me feels guilty for being happy and OK.”

I am always striving to get better. I am always thinking, OK, how can I top this? Or, how can I learn from this? I just never want to be complacent.”

Season three of Insecure is on HBO now. Angelica Nwandu is the founder of The Shade Room. 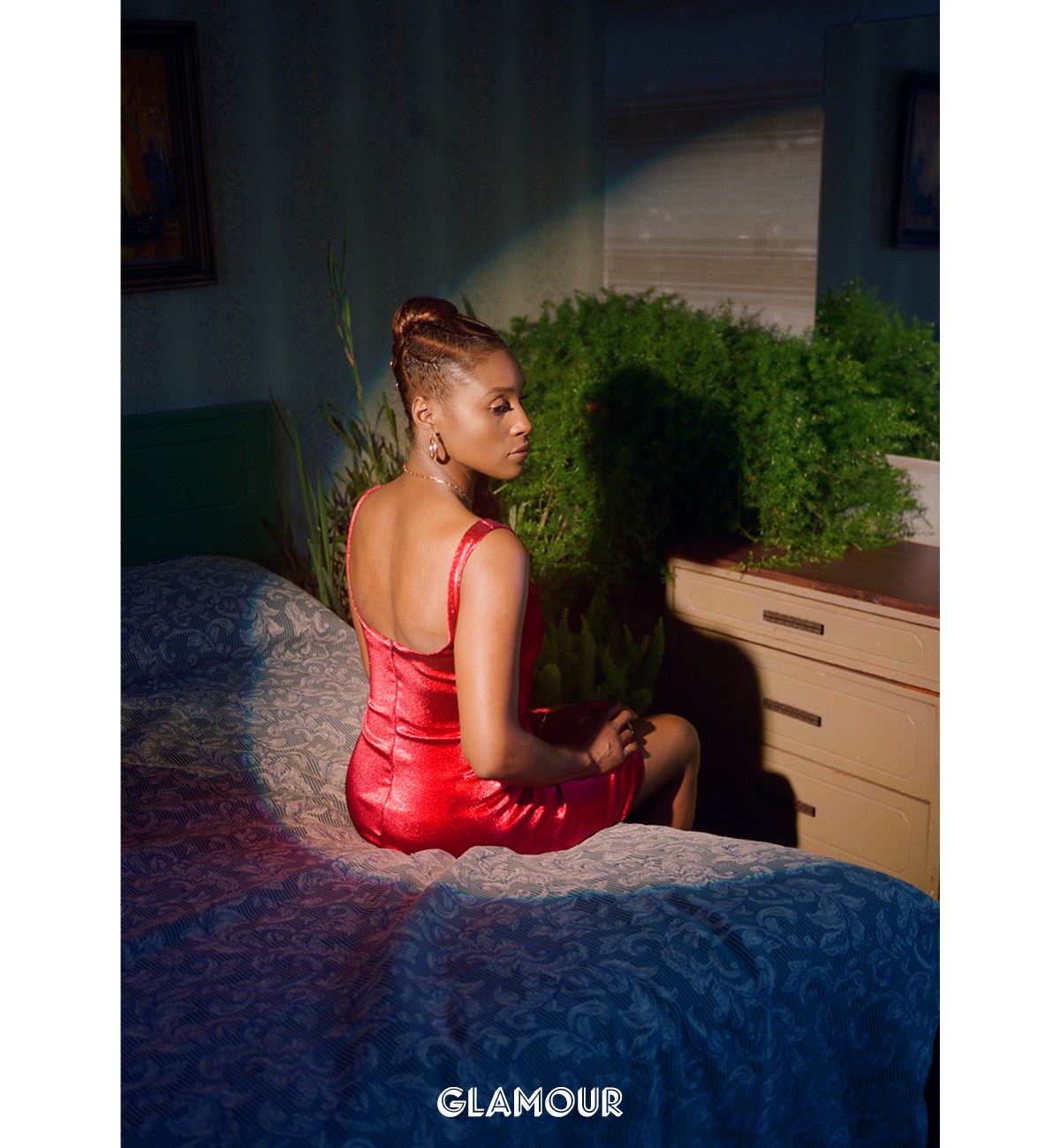 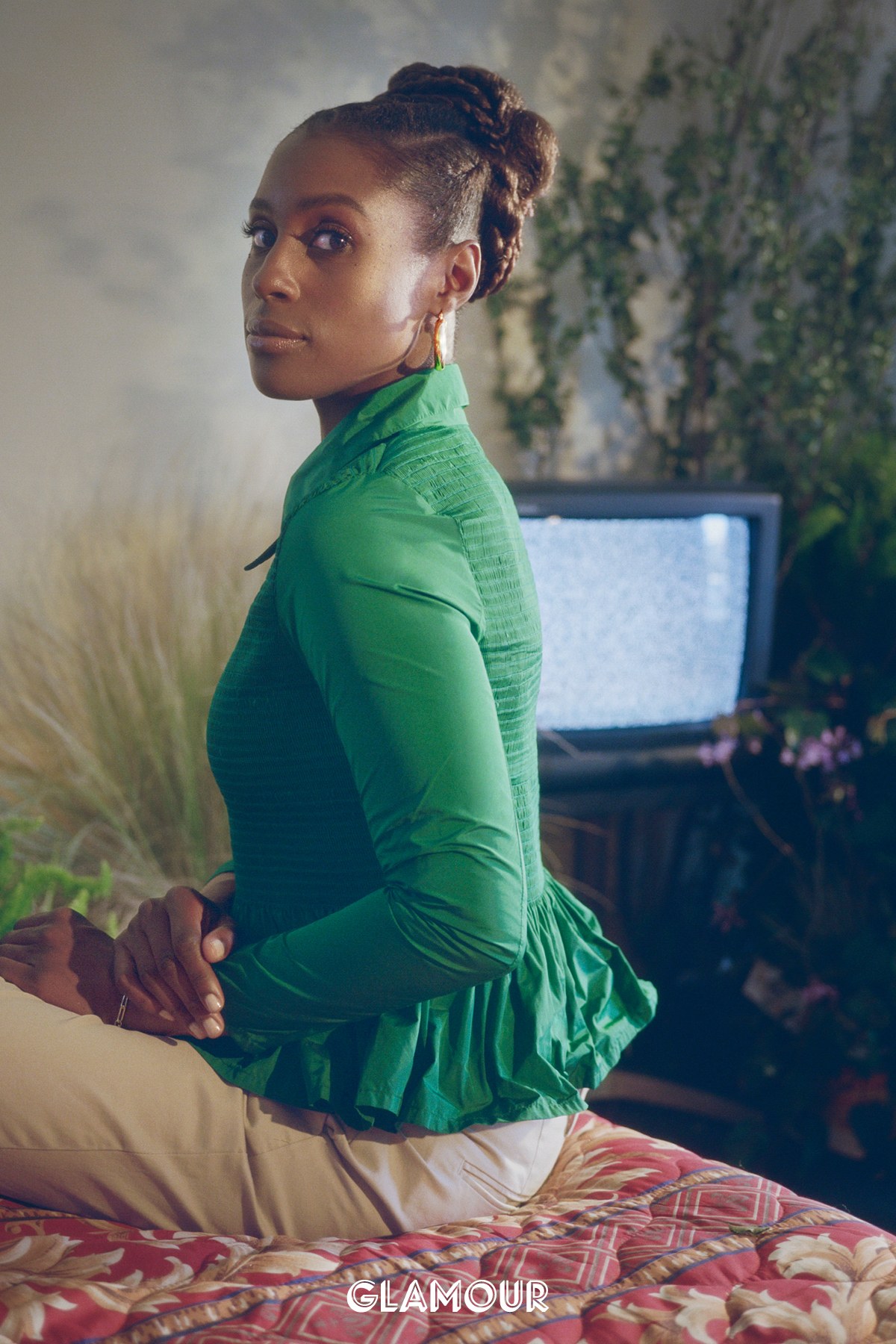 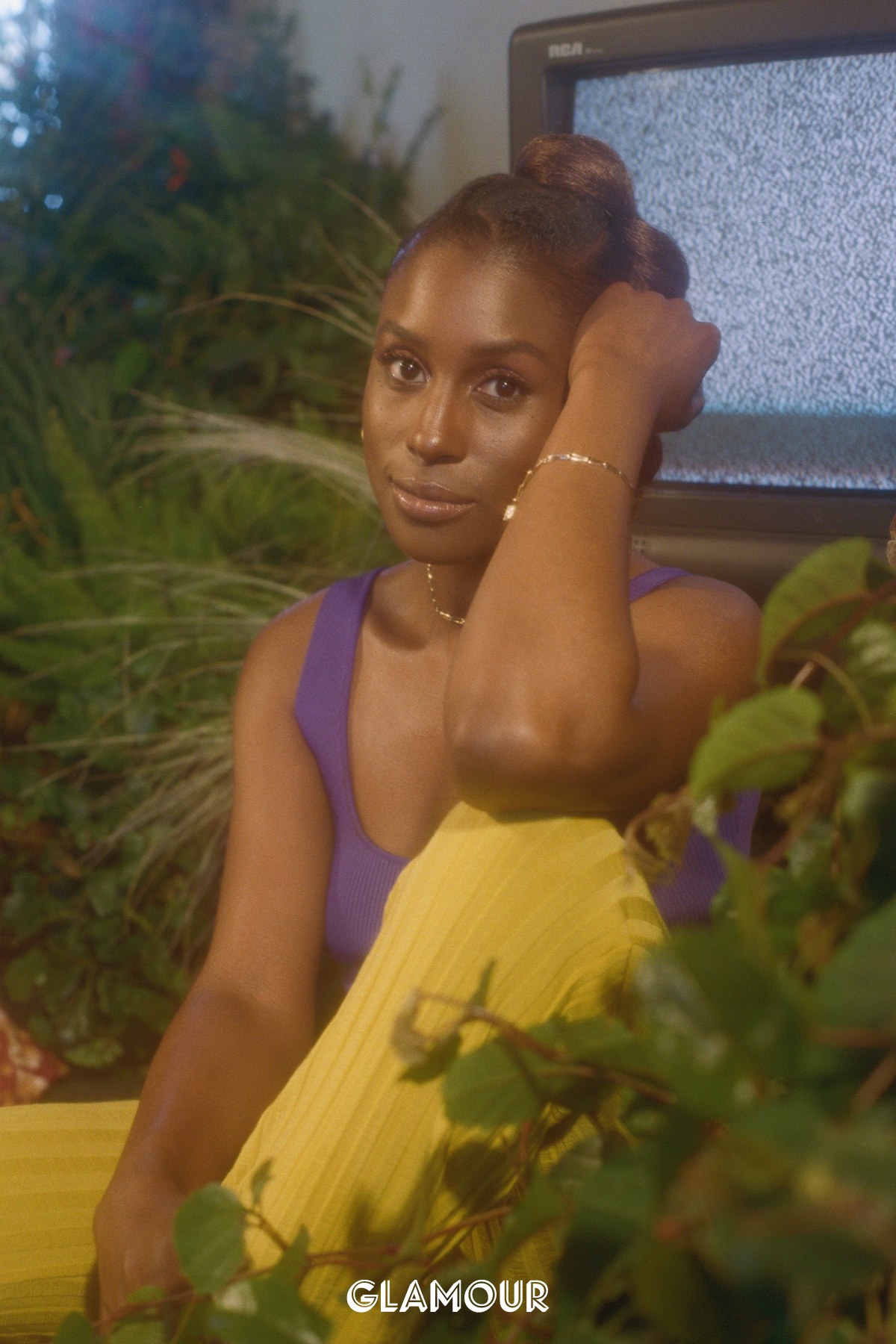 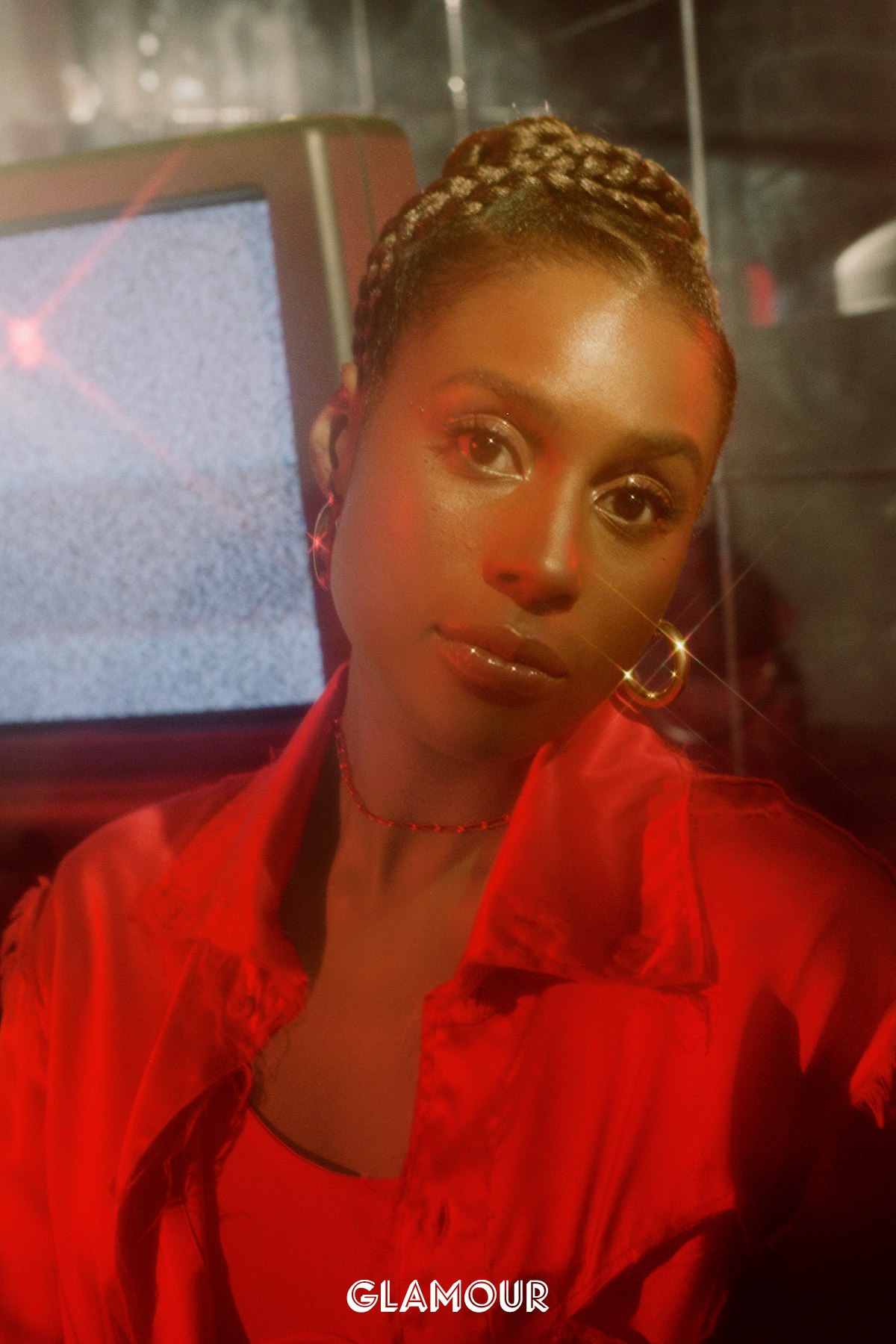