Everyone is going wild about the 2017 Victoria’s Secret Fashion Show and rightly so – it’s the world’s biggest and most-talked out runway show.

The world of fashion is reeling with excitement about the Fantasy Bra worn this year by Lais Ribeiro, Karlie Kloss’ return to the VS runway after a 2-year hiatus, Harry Styles and Miguel’s performances and of course, the jaw-dropping wings that complete the models’ appearances.

For us on this side, we’re grinning from ear to ear about the models who embraced and rocked their natural hair unapologetically on that runway. It’s such a big deal for us because long, shiny, WAVY hair is Victoria’s Secret Fashion Show standard but thanks to these models, the narratives are changing.

In 2015, Angolan model, Maria Borges was the first to walk the runway in her natural afro. In 2016, two other models, Jourdana Phillips and Herieth Paul joined the movement and passed a statement that Victoria’s Secret was empowering its models to embrace their natural beauty. 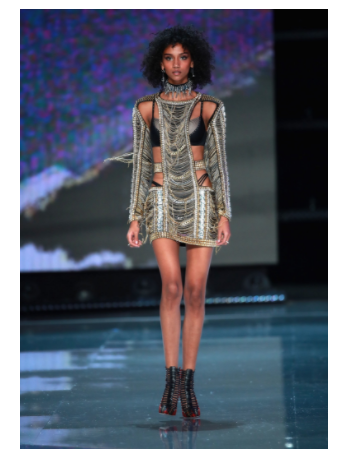