Oh wow, we bet some Nigerian couples will imbibe this soon!

This is the sort of first dance wedding lovers would remember for a lifetime.

At their wedding in Los Angeles last week, Magician Justin Willman and his comedian bride Jillian Sipkins performed a trick. They made sure they pulled out all the stops to please their guests at their California wedding.

They pulled it off when she lowered him back and he appeared to levitate.

The couple spent hours practicing the trick and managed to pull it off in spectacular style.

Jill lowered Justin back and he appeared to ‘levitate’ on the rug in the middle of the dance floor.

The couple had already gone viral last week by creating their own parody of Comedy Central’s Drunk History on Justin’s YouTube channel.

But they made the most of their internet fame with their memorial routine to Jay Hawkins’ song ‘I Put a Spell on You’.

The stunned guests applauded the couple’s routine which included a few tricks for the bride as well. 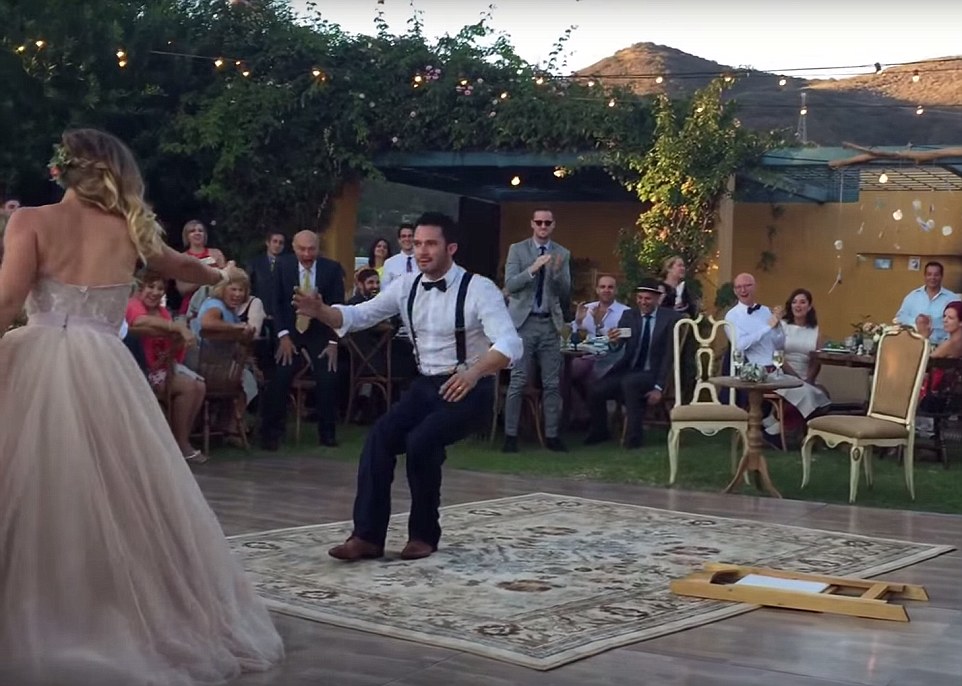 #FitFam With Michelle: Abdominal Fat And What To Do About It