The world woke up Monday morning to a bathrobe-wearing celebrity on the MTV EMA red carpet and we can’t seem to wrap our heads around it – literally.

No need trying to figure out what went wrong, British singer, Rita Ora didn’t forget to wear her real outfit for the MTV EMAs, she actually set out to wear a bath robe. And that’s exactly why they’re the in-thing now.

When pyjamas transitioned from sleepwear to daywear and became one of 2017’s biggest trends, we were nearly certain that would be the only bedroom breakout of the year. But Rita Ora is here to prove us wrong. 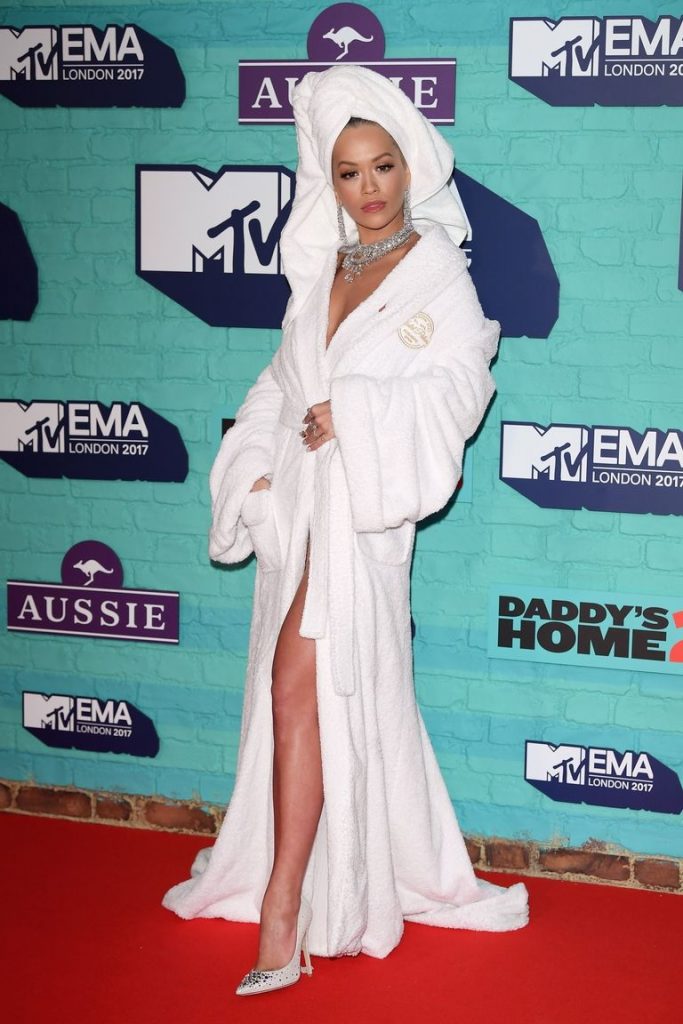 Picking from androgynous menswear line, Palomo Spain’s SS18 collection, Ora brought the bathrobe to the EMAs with dual force. First, she appeared on the red carpet in a flowing white robe with a head wrap that sat still to match. She paired the look with a pair of white heels and Lorraine Schwartz diamonds that have been estimated at $7.8 million.

Ora went on to host the show in another bathrobe, this time a short one just in case you all were not convinced. And she toned it down with a pair of white snickers. 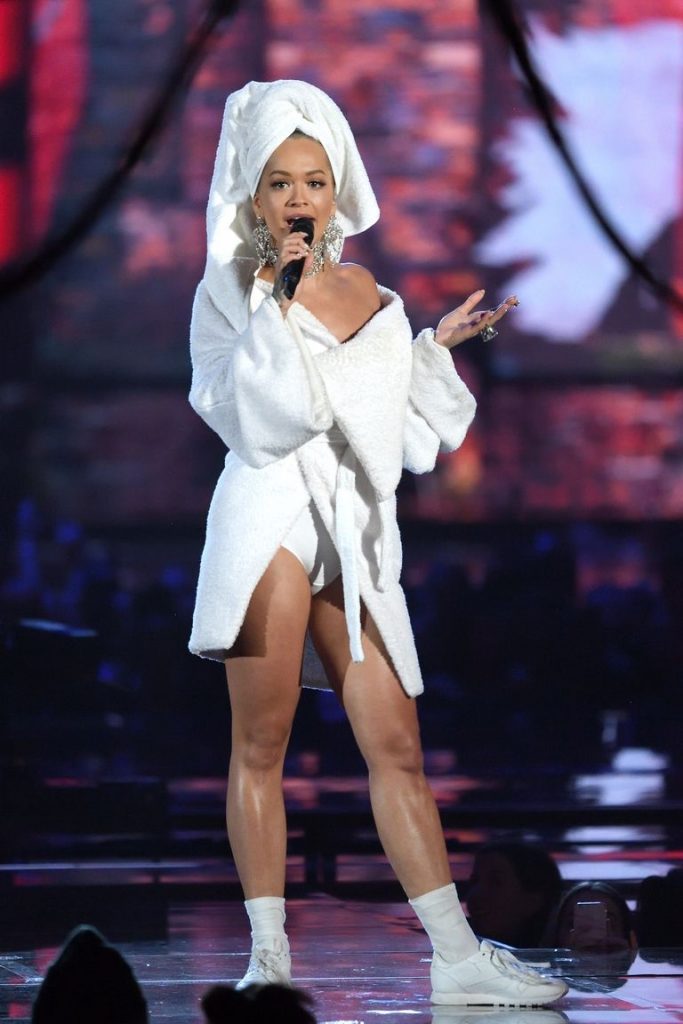 Let’s be honest. Bathrobes may really turn out to be the comfiest piece of clothing in your wardrobe but would you be bold enough to rock it?

Sound off in the comments. Bathrobes in or out?