Taofeek Abijako, 19, is the youngest designer to present a full collection at New York Fashion Week: Men’s. He presented his collection titled “Genesis” from his brand Head of State+ on the runway, July 11 2018.

Fresh out of school, Abijako created his fashion line two years ago.  “I’m interested in the way the natives adopted European styles and made them their own — I can say, natives, because I’m African,” he once told the The New York Times.

Hs previous work titled “Brotherhood” was inspired by West African creativity and culture also showed at NYFW. “Brotherhood” is a balance of my culture and my assimilation of American culture. I think design plays such a huge part in the idea of a utopian society. There’s a reason for everything in design — the way the New York City subway system is run, how water pipes work. That’s one of the biggest things I’ve learned moving to America. I ask myself: How do I design with intent? How do I make something make sense with reason and emotion?” he told  i-D magazine

According to the CFDA website, he moved to Albany, New York from Lagos Nigeria where he was born. “It was an extreme culture shock. Back in Nigeria, seven of us lived in one room. At night, when everyone wanted to go to bed, we lifted the table and laid a mat on the floor where we all slept. Imagine going from that to having your own bedroom, 24/7 electricity, and water. It made me appreciate things more,” he was once quoted as saying.

Moving abroad to stay with his dad who is also a designer, he was able to build his menswear label.

Now showing at the New York Men’s Fashion Week, Abijako says he approaches his label as less of a brand and more of a case study.

“It’s me digging into my cultural upbringing while trying to have a firm grasp and understanding of it. My belief is furthering a philosophy of thoughtful, inconspicuous, and honest design across the board,” he further explained.

Genesis is made up of “minimalist streetwear” – clothes that possess a social and political commentary.

The Spring/Summer 2019 collection Genesis portrays, “the vibrancy of West African youth culture in the ’70s and Fela Kuti.” 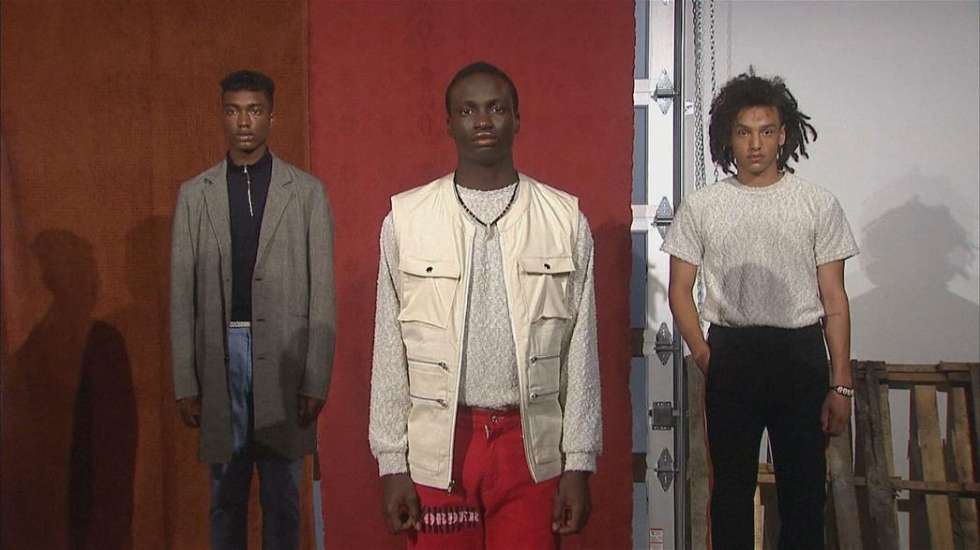 Jackie Aina in the latest installment of #GoToBedWithMe

10 Things To Know About Designer Motunrayo Agusto Of The Fashion Brand, MO AGUSTO