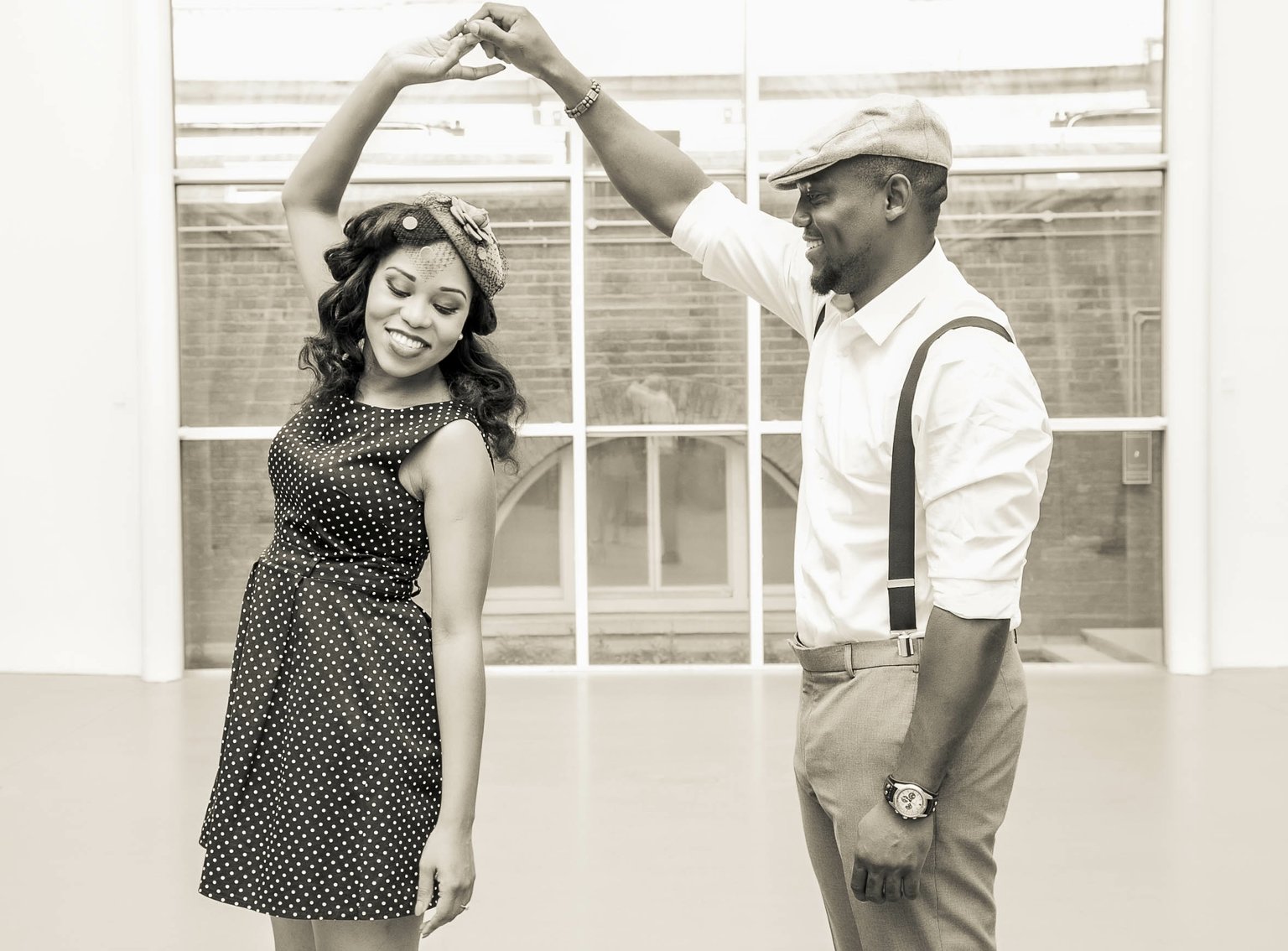 If this is not a true love story, then we don’t know what is!

Nata Selo-Ojeme and Kelly Akhigbe found love in the most incredible way.

Read their beautiful love story below: 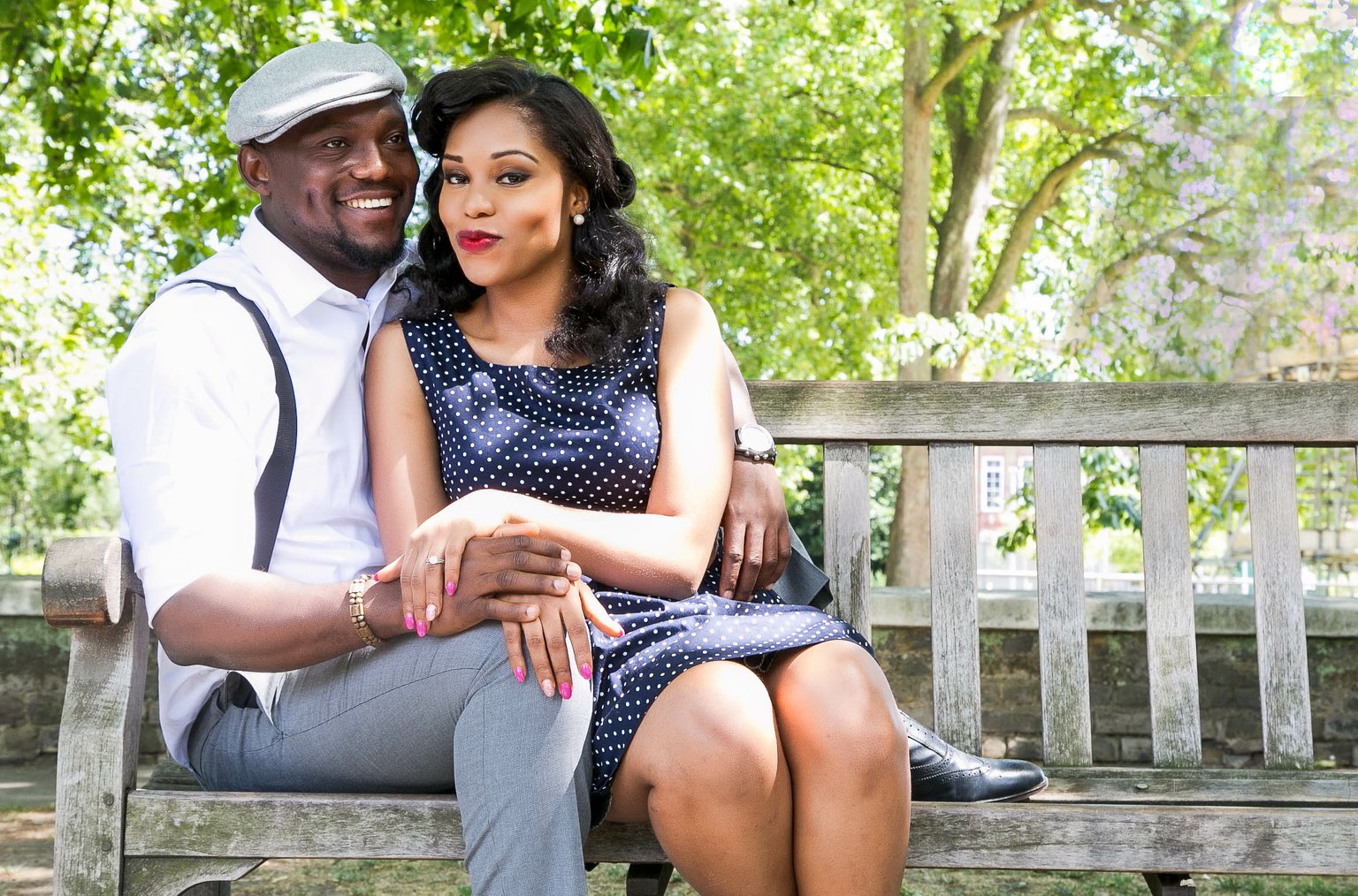 As Narrated by Nata

It’s funny how my life changed after only half a serious conversation at a party!

I was at a party late in 2013 and ran into a friend who was there with her family. I was introduced to her newly born cute baby twins and she called them Odion and Akhere, which are Esan (Ishan) tribe names for twins in Edo State.
I asked if she was from Edo State and she responded “no, my husband is Ishan. 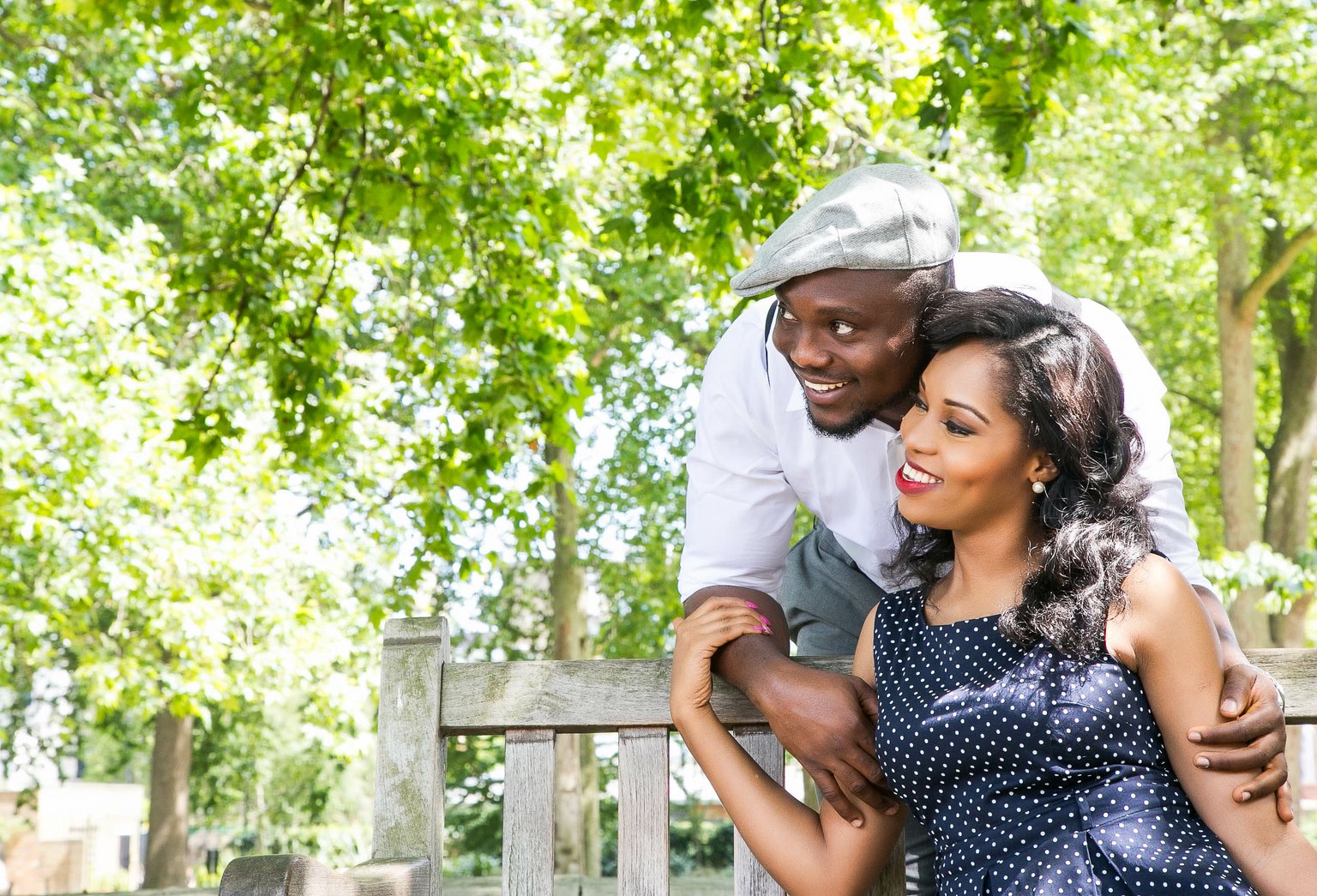 In shock I laughed and said no way, I don’t know any Ishan men! (I’m also Ishan). Jokingly I said: “does he have any tall, dark, handsome Ishan friend?’ Laughing, as we both walked away. 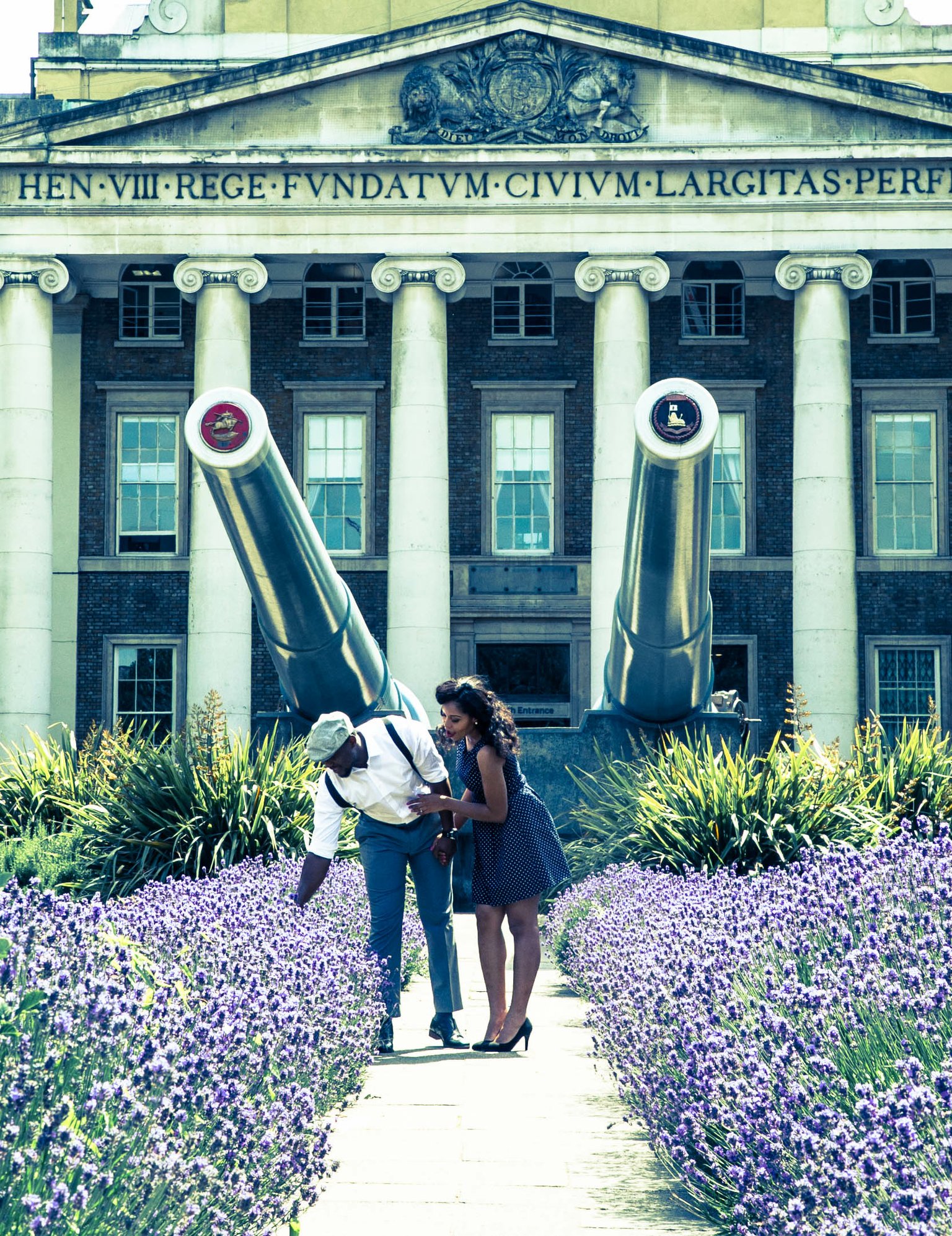 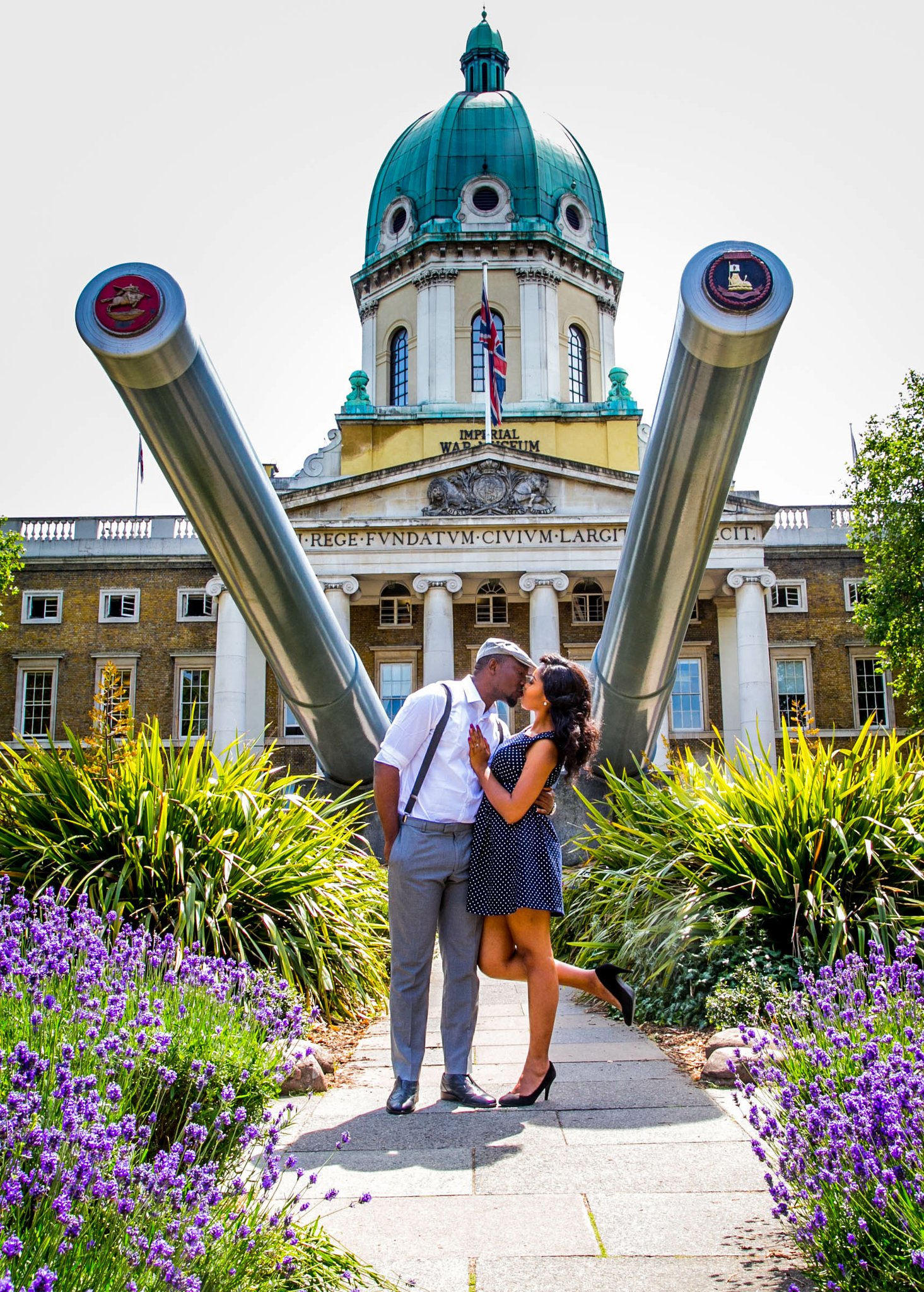 I wondered away and spoke to a few other friends. Few minutes later I ran into her again, this time she was with her husband. “I hear you’re looking for an Ishan man” he said after a short introduction. “I’ve got a friend I can introduce you to. Do you want me to give him your number?” 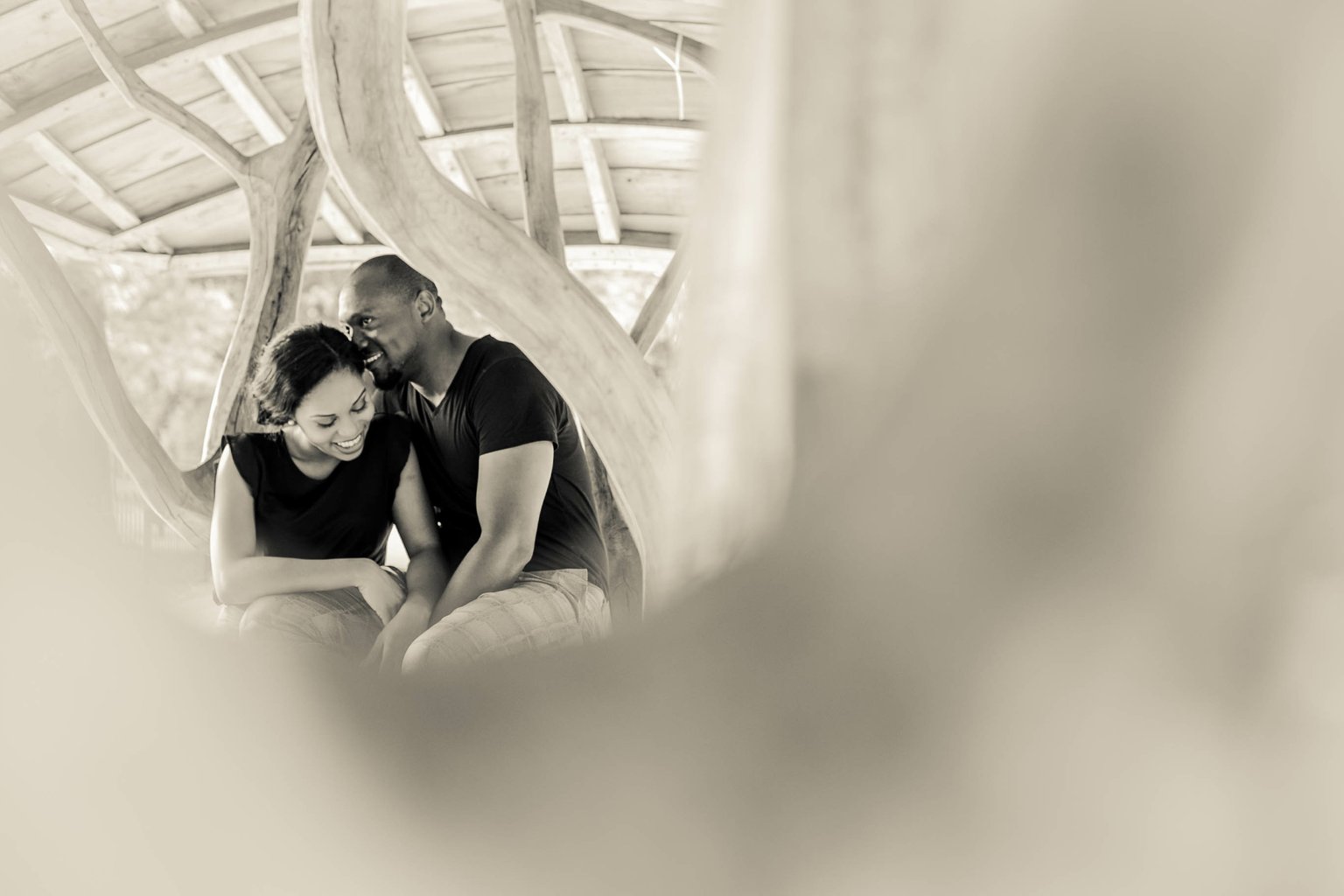 “Err… Sure!” I said, just to end the conversation as I was deeply embarrassed that a joke had gone so far. But also half interested, I mean why not! 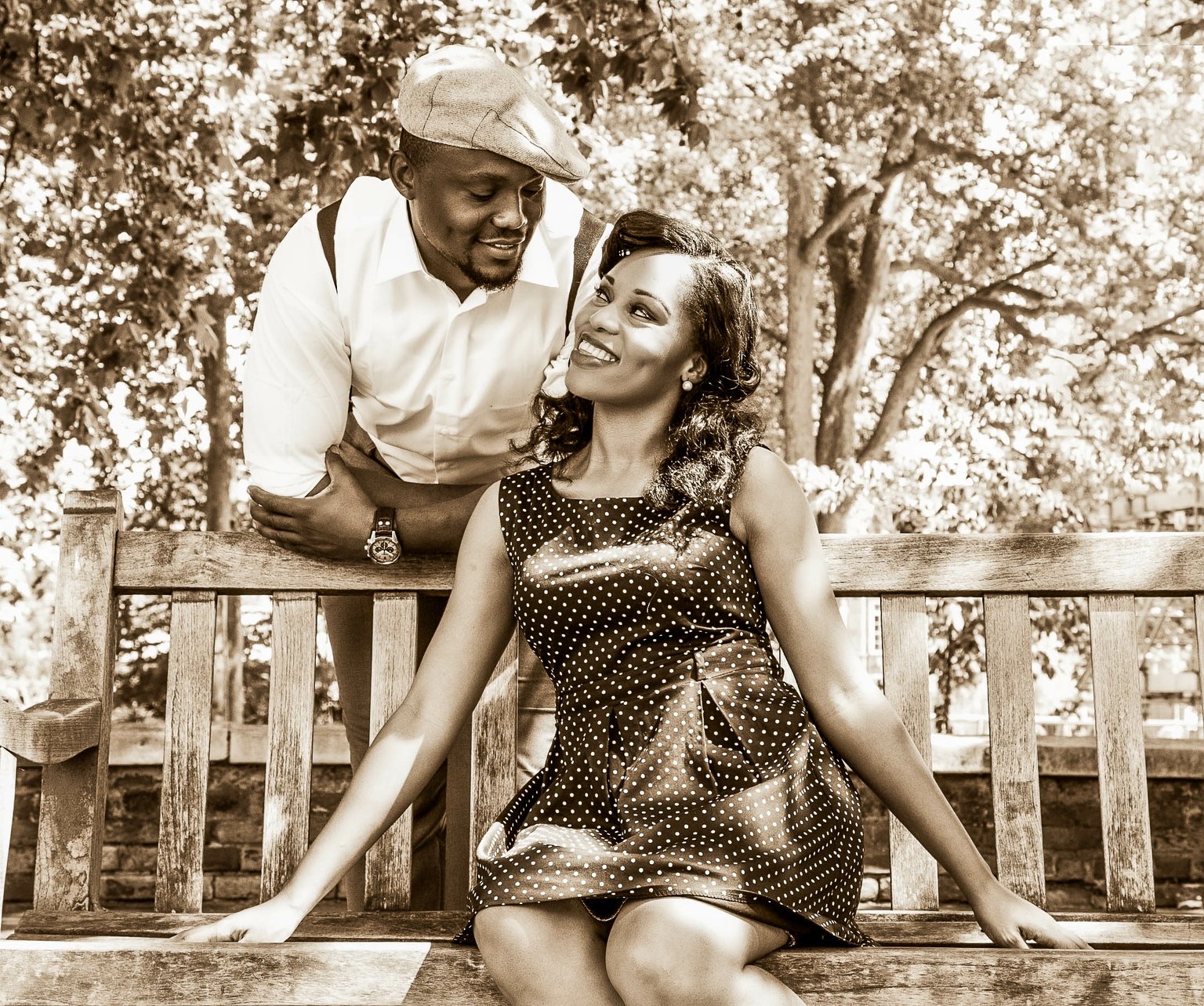 Fast forward a few hours… 6am the next morning my phone rings. Oh yea, 6AM! It was him. I remember thinking ‘This guy is keen’! He did mention something about going offshore for two weeks, that’s why he called so early …. But till today, I secretly know he just wanted to speak to me. 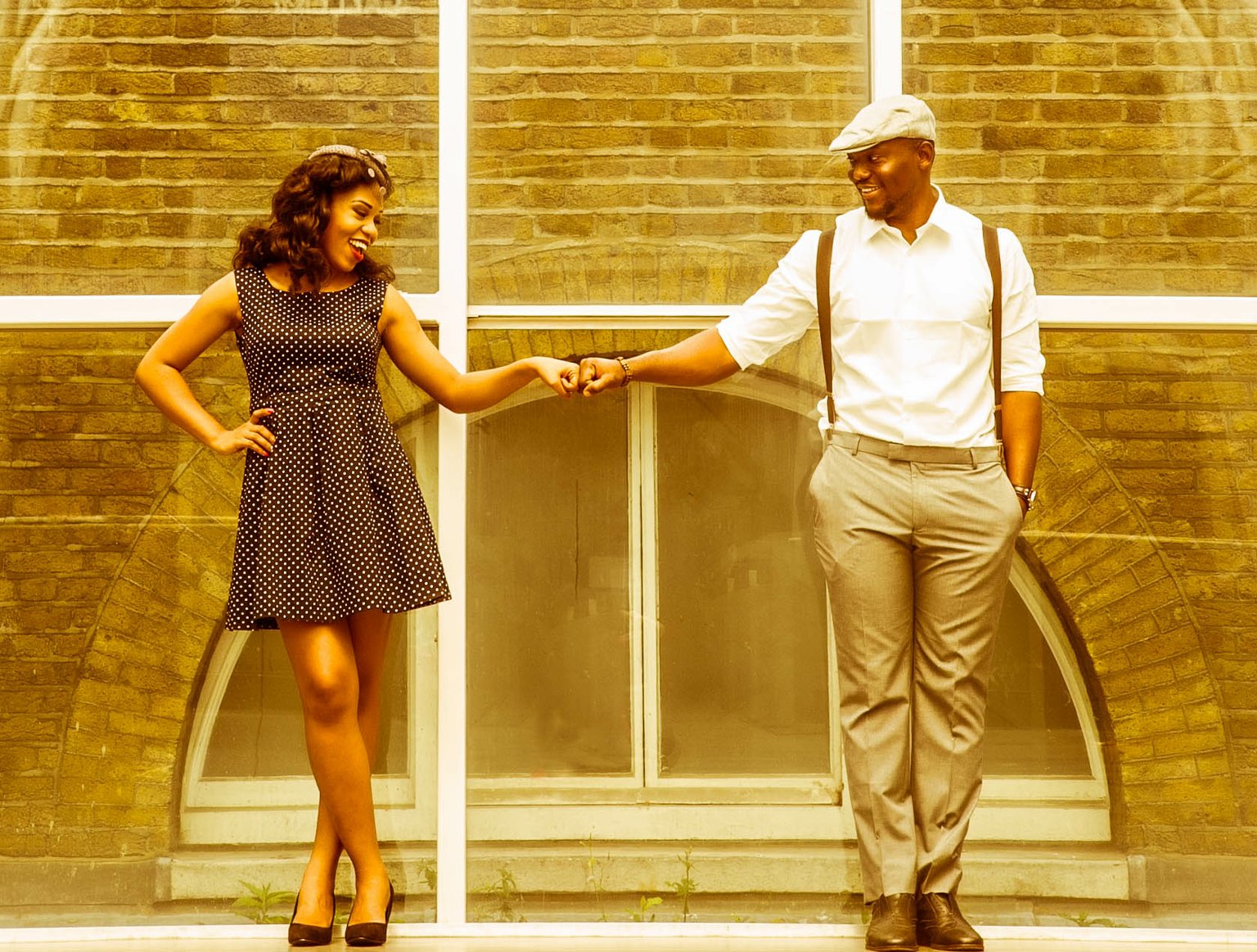 We had phone conversations (from the oil rig – which was kinda cool) and BB messages back and forth during those two weeks (not at 6am in the mornings luckily)! 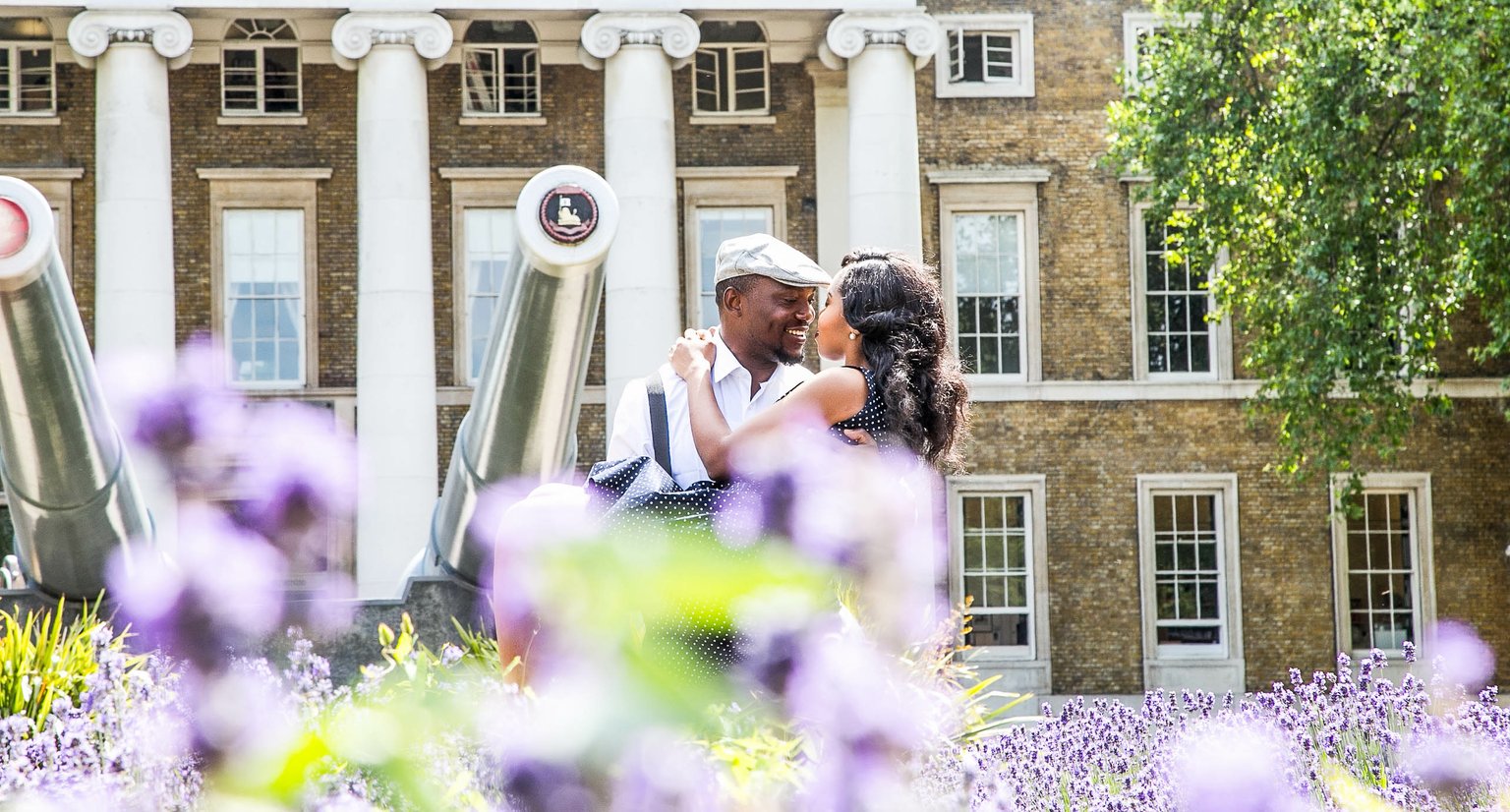 At the end of the two weeks, he rings to say he is outside my house. He came all the way from Lagos to Abuja without telling me and literally shows up. 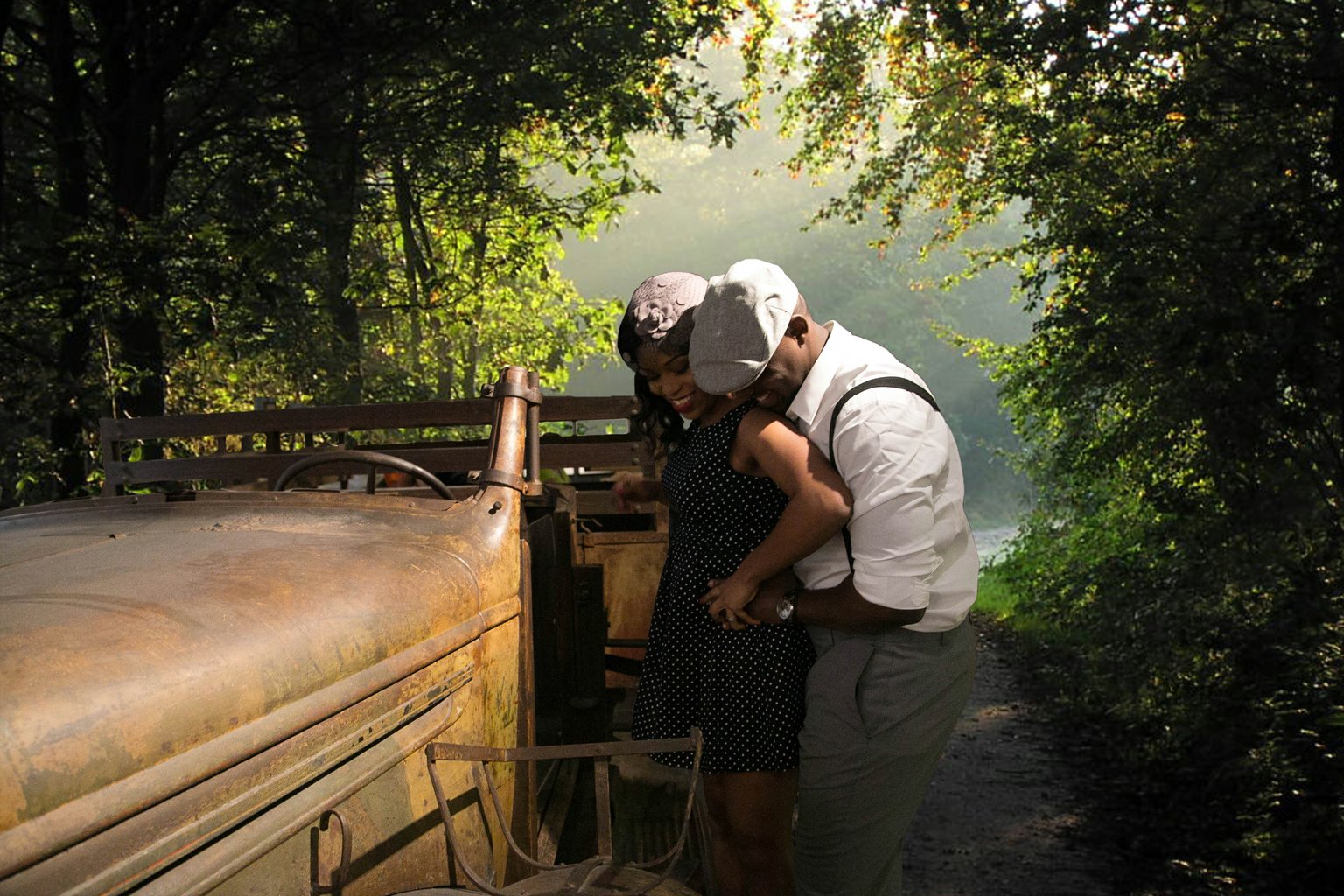 We’d joked about it, but I didn’t think he’d seriously hop on a plane the first chance he got… well we ended up going to a friend’s party together which I had already planned to attend. It was pretty great; he was indeed tall, dark and handsome and he could dance (ish)! Bonus!

And so it began; a true love story that can’t be described in words. I was pretty reserved at the start, but he was persistent. Over the Christmas holidays I was at home with my family in England and he was still persistent; which was so sweet. He called every day and kept us in constant communication. 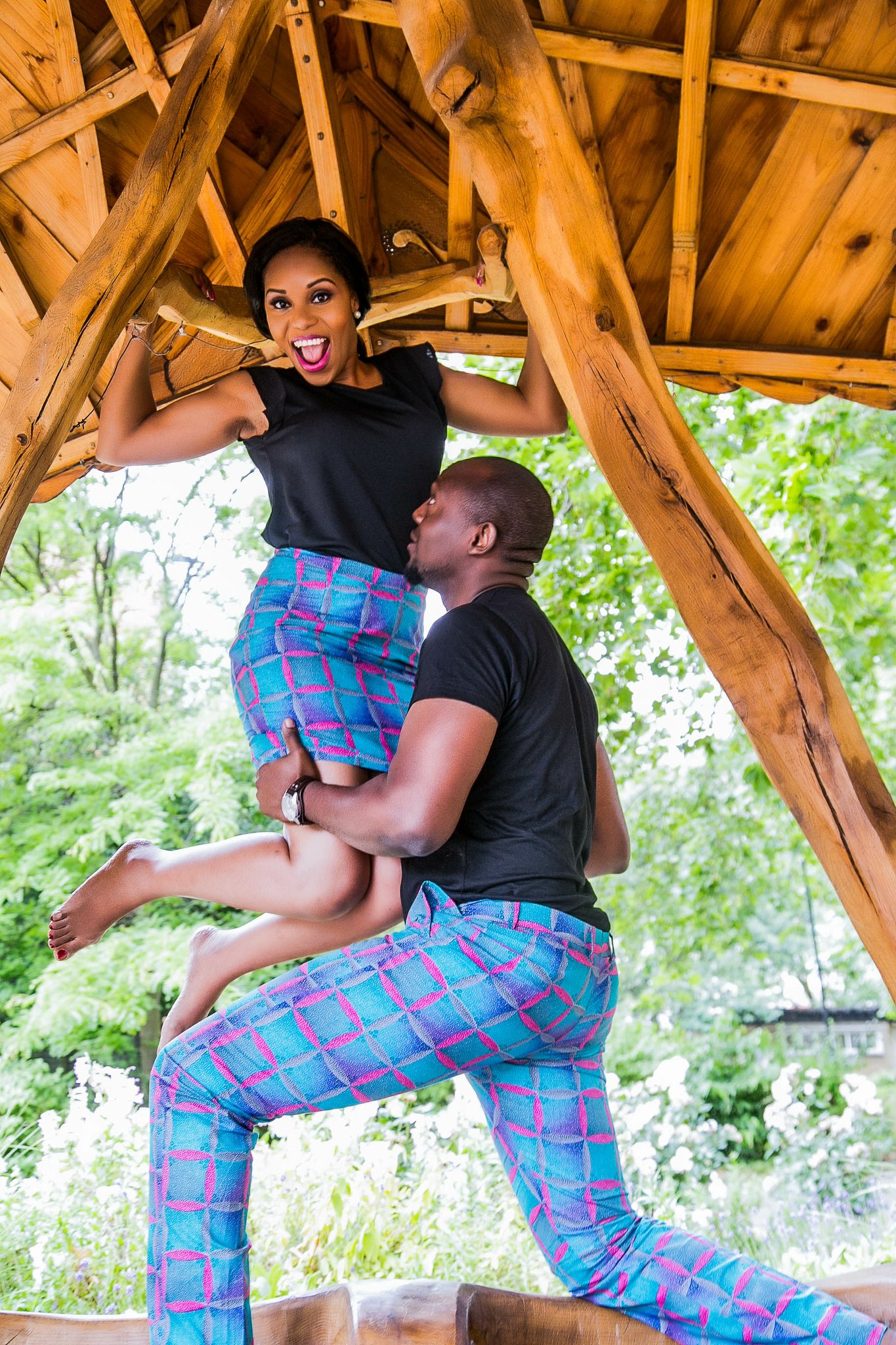 When I returned, I visited him in Lagos and I was smitten. By April he met my family. He already knew I was ‘THE’ one but gave us time to grow in our relationship. 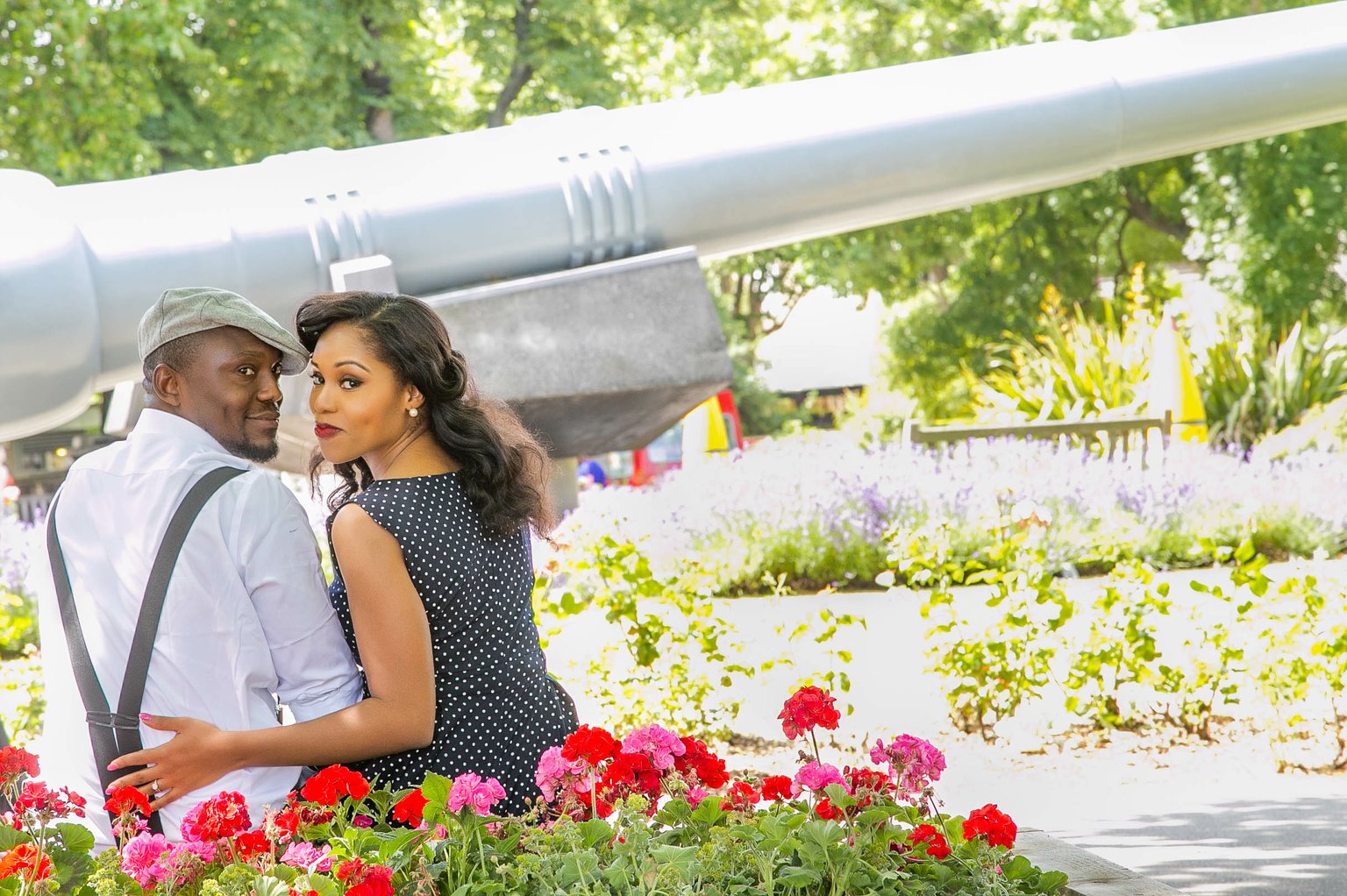 Over the following months we went through what most relationship go through, but he was so genuine and full of love. (Also patient with me – poor bloke). He is such a good man and we just clicked together. I felt that ‘where have you been all my life’ feeling and months later, when he proposed….. It was pretty obvious that it really was just meant to be. I found him…. !

As Narrated by Kelly

I always enjoy playing cupid: watching friendship turn to love, and watching that love blossom into marriages. Never in my wildest dream did I think the same fate would befall me. 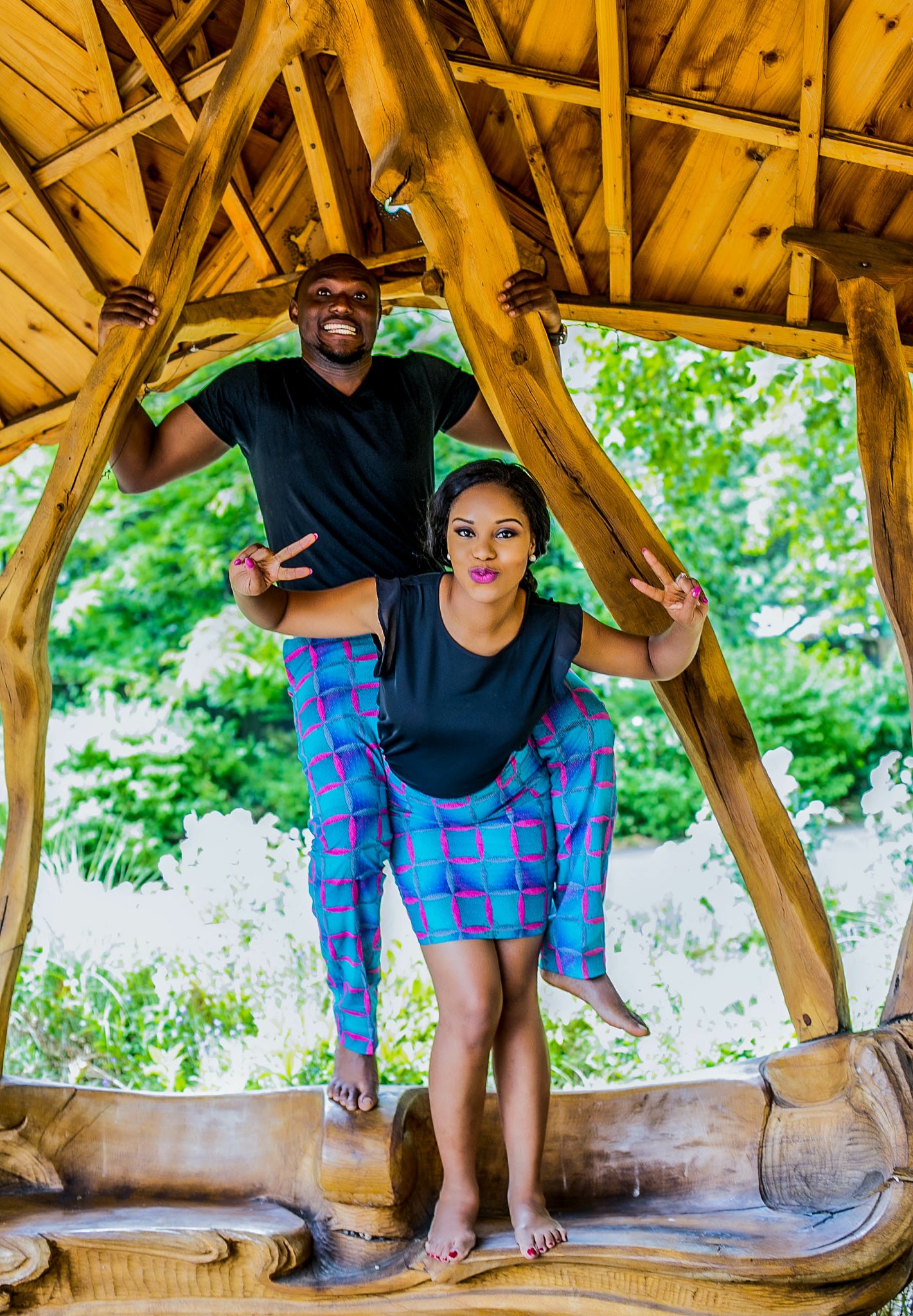 About 7.45 pm on a beautiful sunday in December 2013, I sat at a hotel lounge sipping a drink and feeling particularly pleased with myself because Chelsea FC had just defeated Southampton in an English Premier League fixture. My phone rings and it was a close buddy from Abuja. 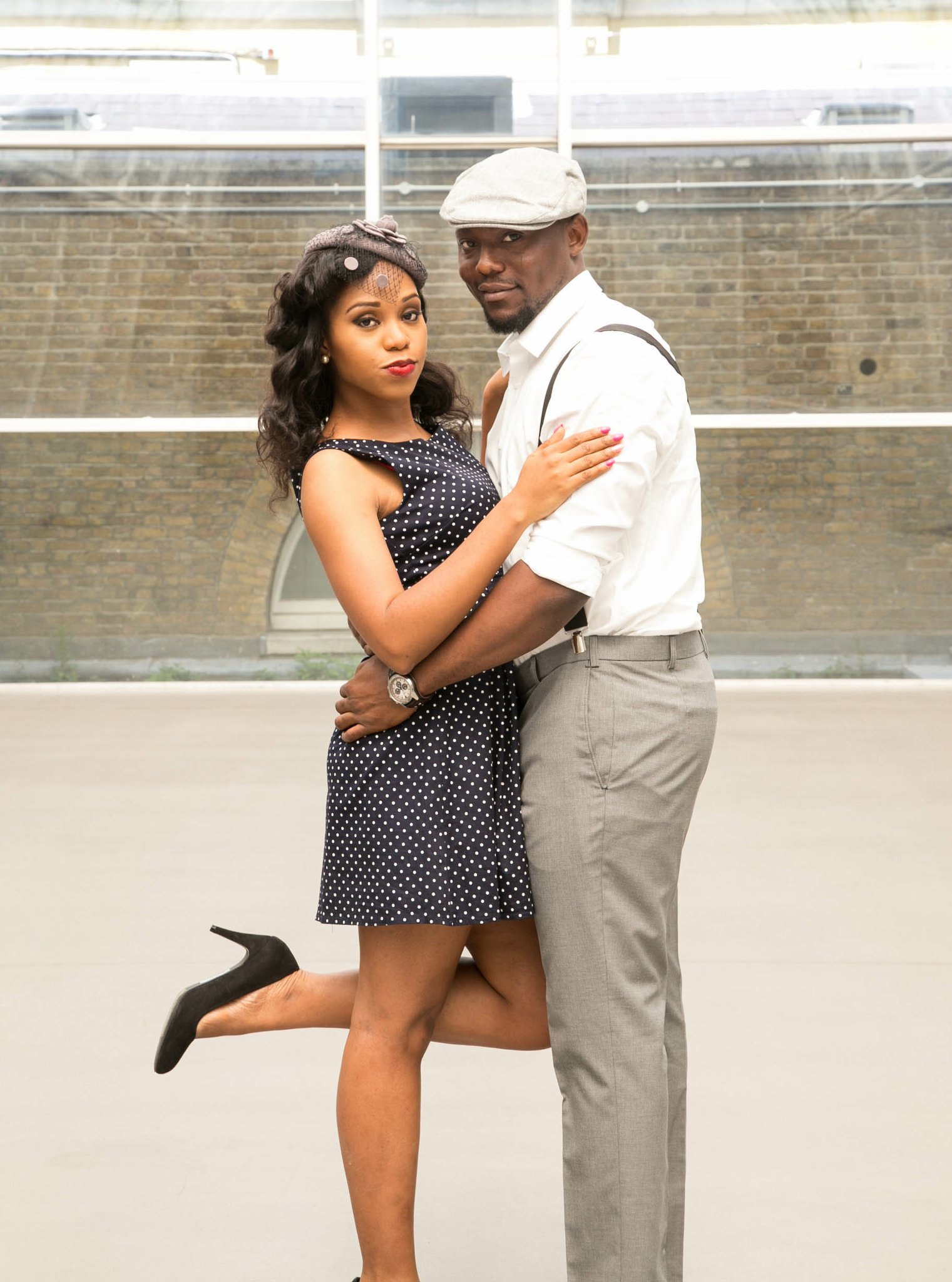 After pleasantries, he said he had a certain girl he wanted me to ‘hook up’ with. As the norm, I asked what she was like and said: “You know how I feel about Abuja babes O”. He laughed and said nooo she’s not like that, she is a very good, pretty and nice girl (like he had known her all his life). So I said: “Ok then, let’s see if what you say is true”. The number came as promised but I was hesitant to call that evening. 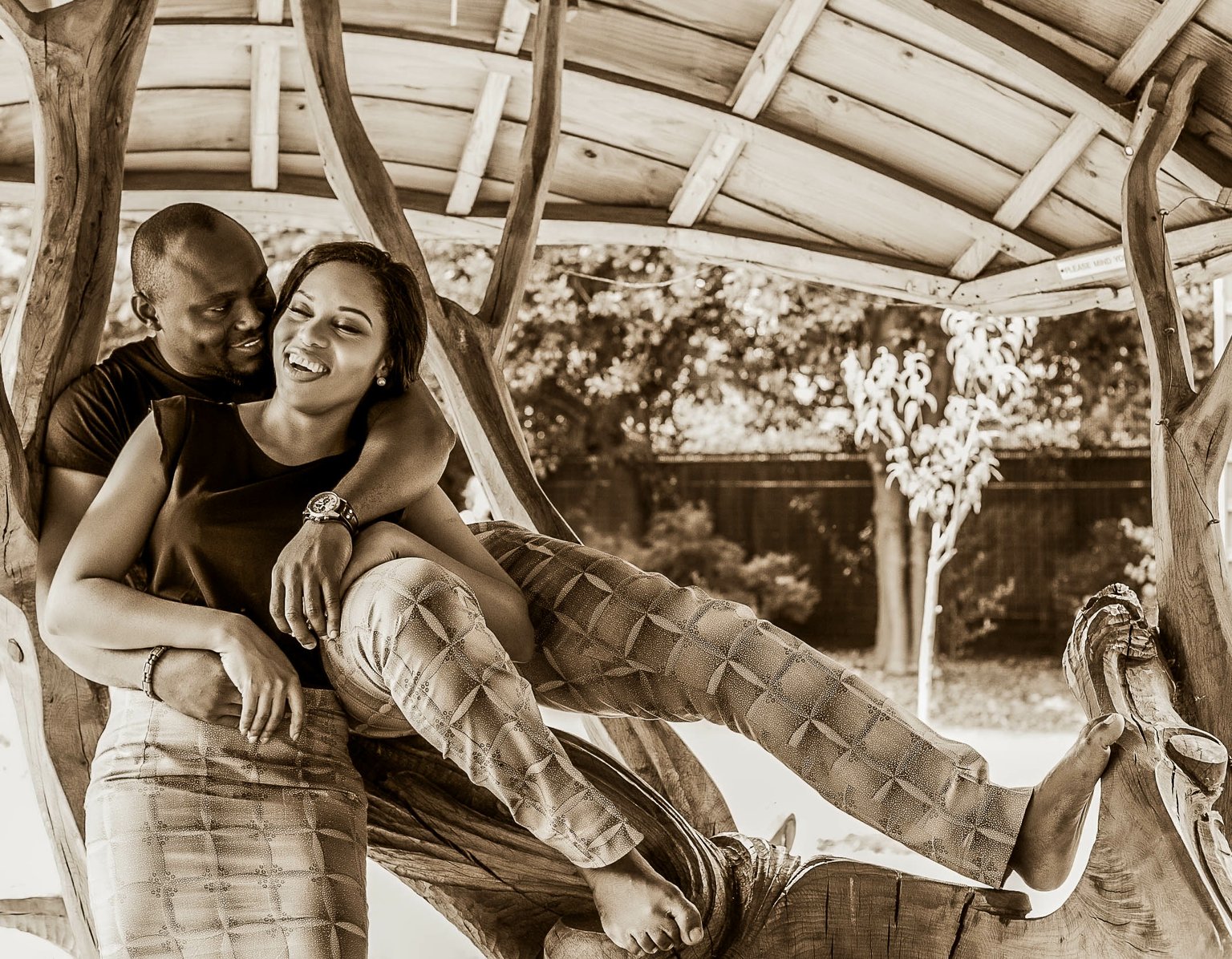 Next morning, 6AM, ready to go offshore, the gentleman in me urged me to call as my number won’t be reachable for two weeks and it won’t be nice keeping a lady waiting seeing as I really didn’t know what transpired in Abuja the previous day. So I called, she picked after second ring (not that I was counting). 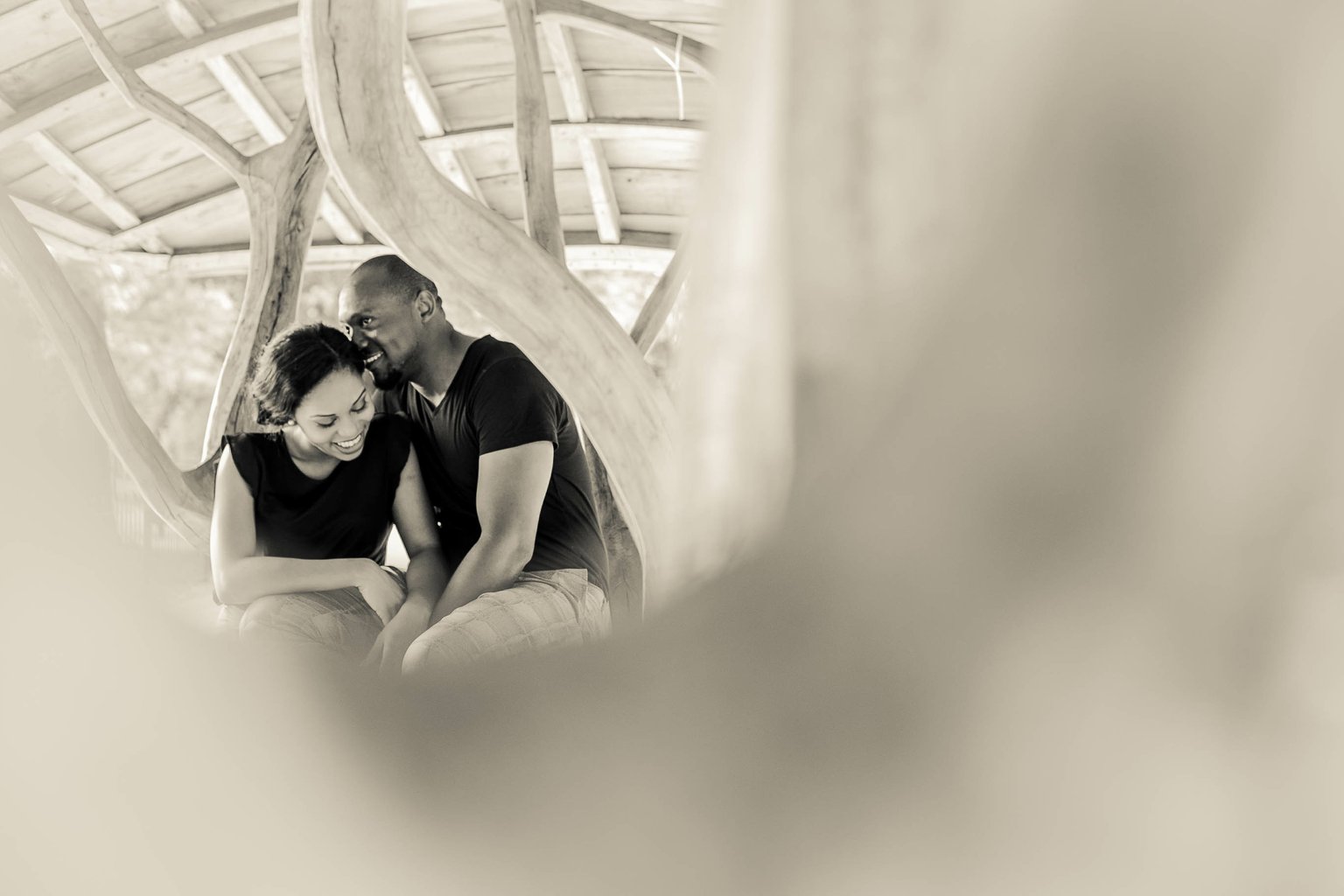 As soon as I introduced myself, she reminded me how early it was to be calling (shakara), I told her I wanted her to have my number so we could chat over whatsapp as I’d be away for a while (till today she still teases me that I was desperate). 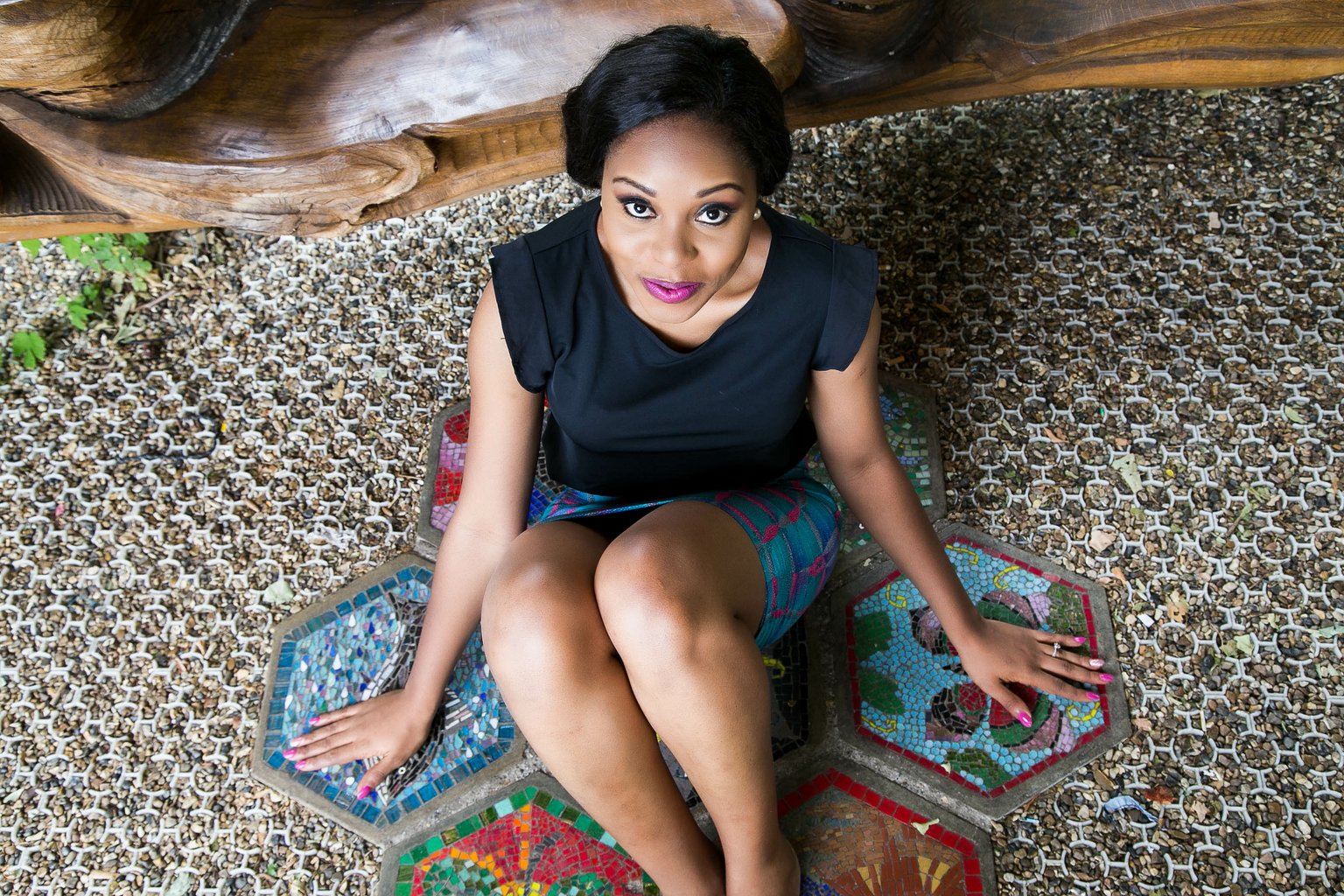 For two weeks, I called when I could and we had conversations via BBM and whatsapp. She sounded intelligent, cool and I wanted to put a face to my new chat buddy but she wouldn’t oblige me(more shakara). After much push, she sent a not recent pic of three girls and asked me to figure out who she was. Being Sherlock Holmes, I pointed her out easily much to her amusement (sharp guy).

When I got back to town, we were talking and she was like “Sad I won’t get to see you before I leave for Christmas tomorrow”. 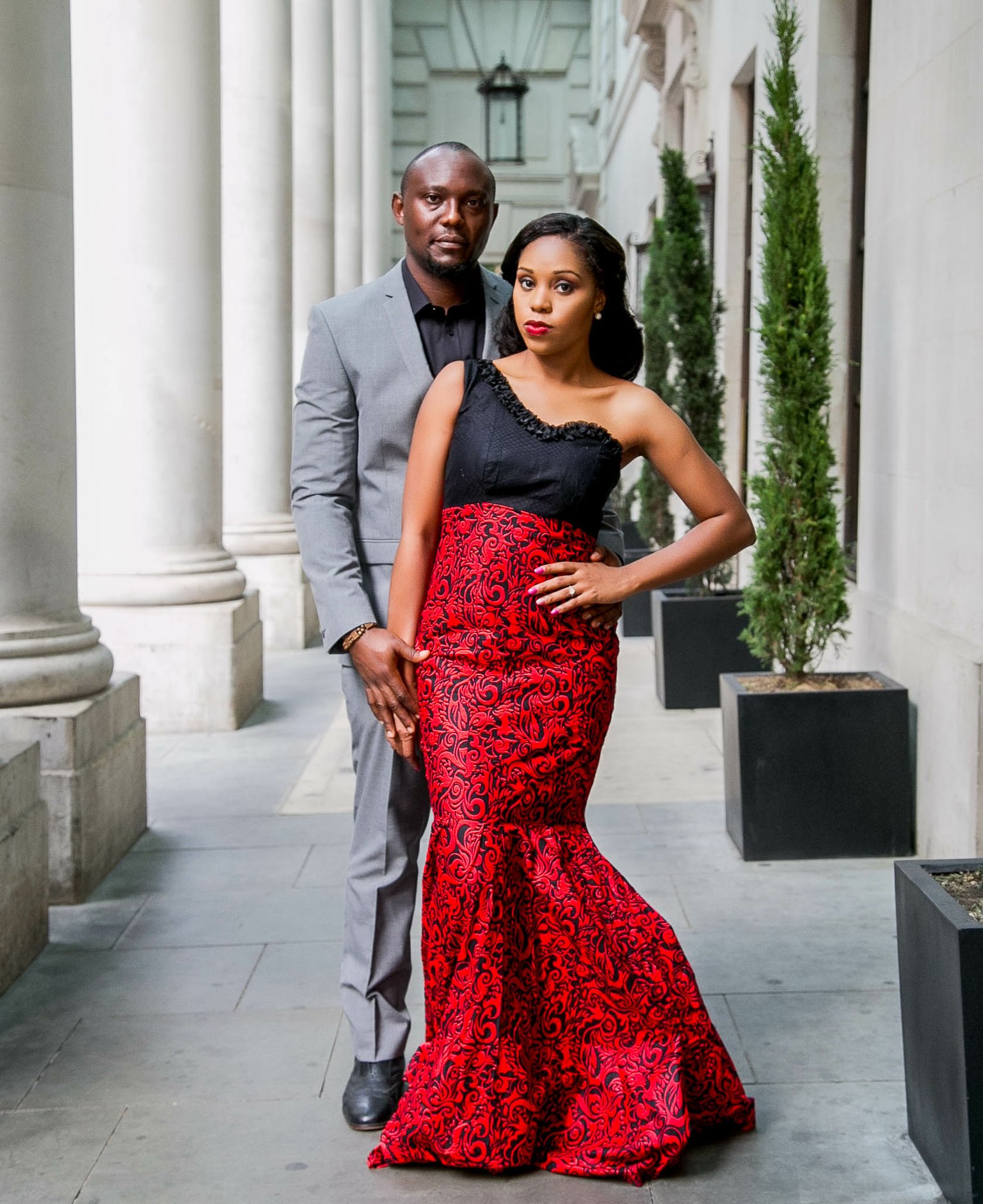 Then I asked if she really, really wanted to see me, she said yes… Next thing I’m on a flight to Abuja. Few hours after, we both arrive outside her gate same time, she from work and I from the airport. 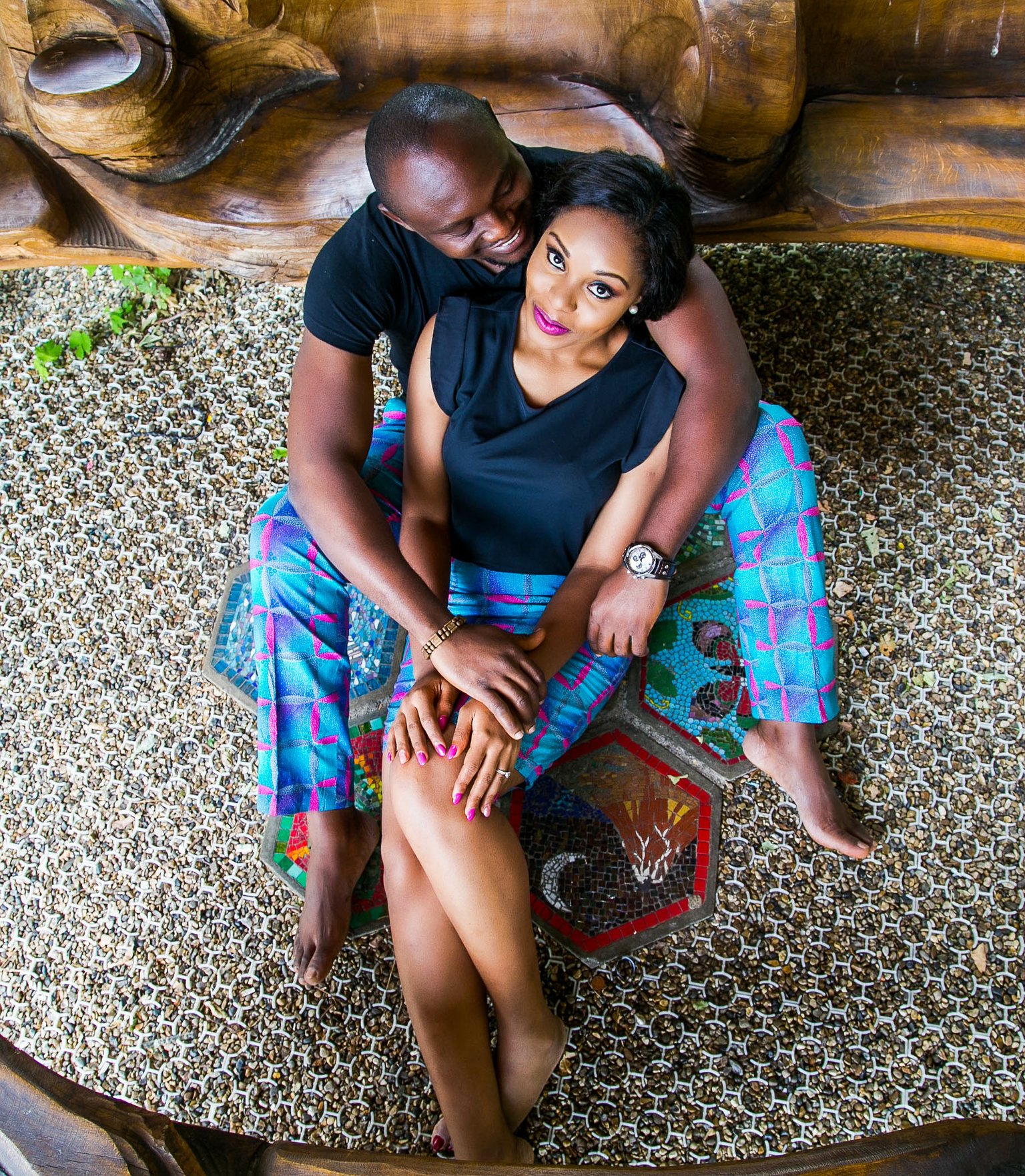 True to talk, she was really preeettty. Soon after she pulled me to a friend’s party and we (danced and fell in love on a slow jam – I wish..lol) chatted some more and had a few drinks. Next day, we separated but kept in touch, early the next year we were already an item. Months later I was meeting the parents, and… 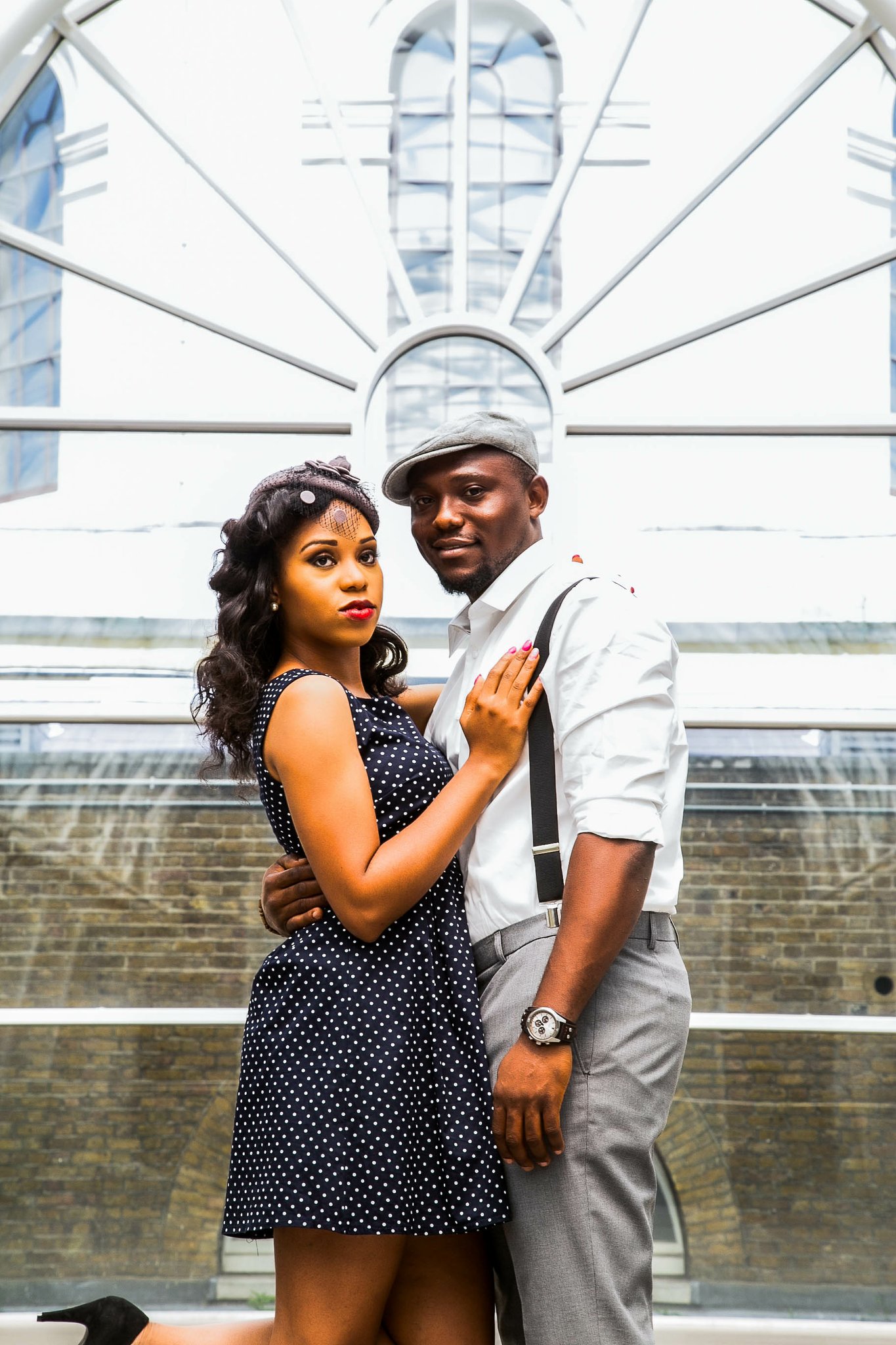 Proposal story as told by Kelly

Many dating months passed. One weekend, she comes for a visit and I invited her to dinner by the seaside but she really didn’t want to so I had to convince her – well, twist her arm really… When we got there she ordered snacks just to humour me.

As we settled in, she was about to tell me a story about some ordeal in the restaurant when the sight of the waiter coming with our order interrupted her. 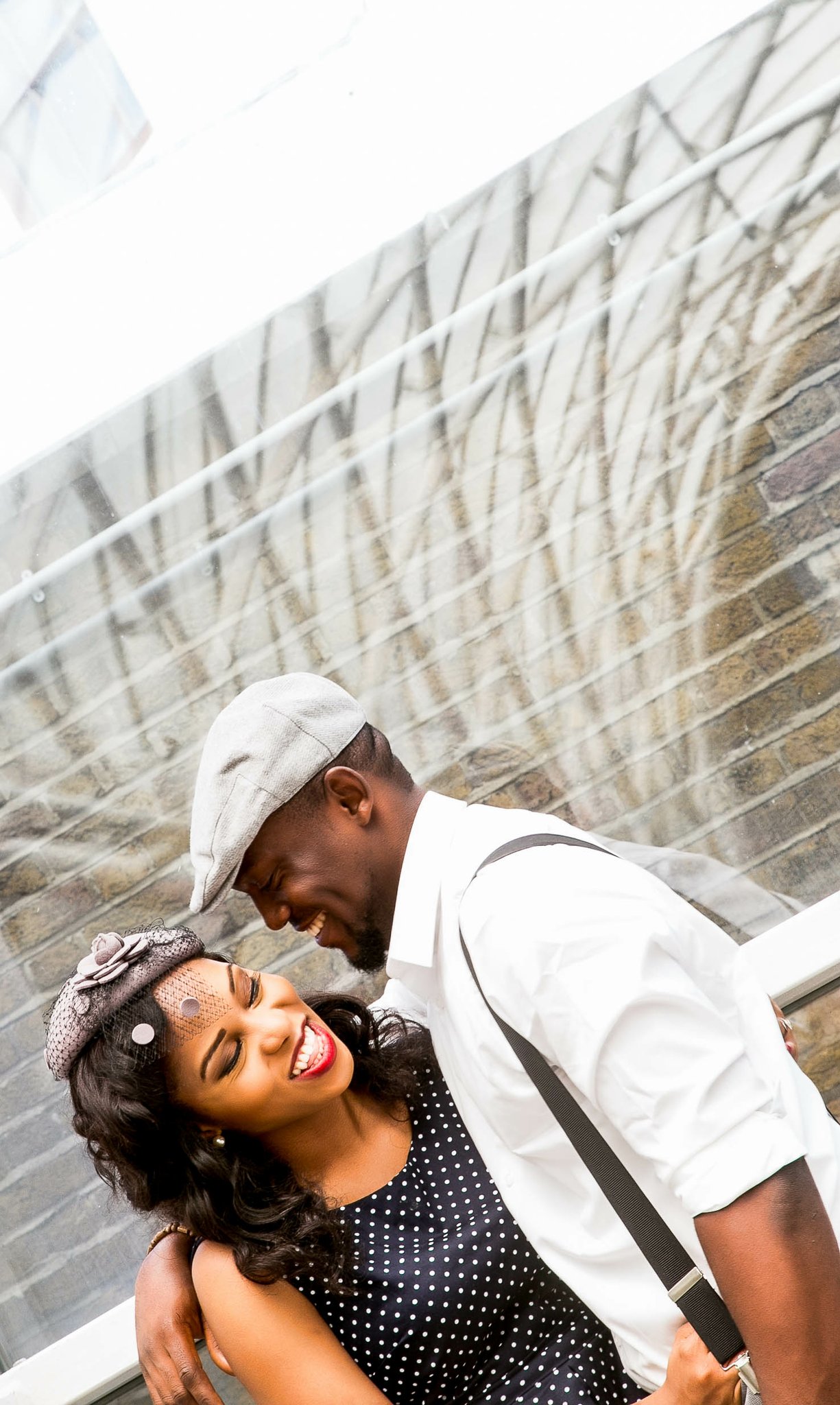 Jokingly, she said “Look they are bringing more than we ordered.” 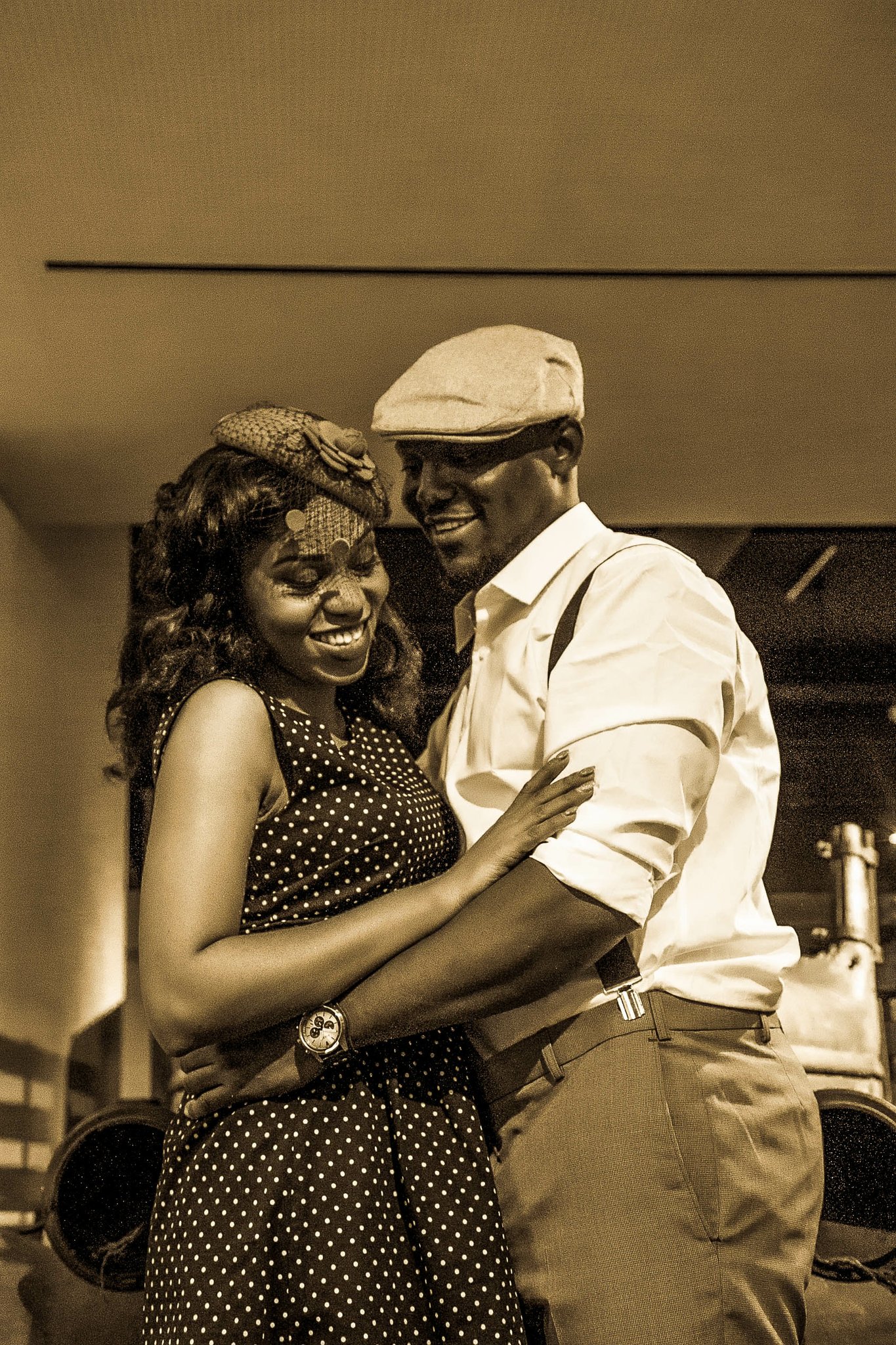 She opened up the plate, and when she looked up, I was down on one knee and she lit up like a Christmas tree. I would never forget that look; I thoroughly enjoyed the moment. Especially when she screamed a million Yessss in a second just as I said: “Will you marry me?” 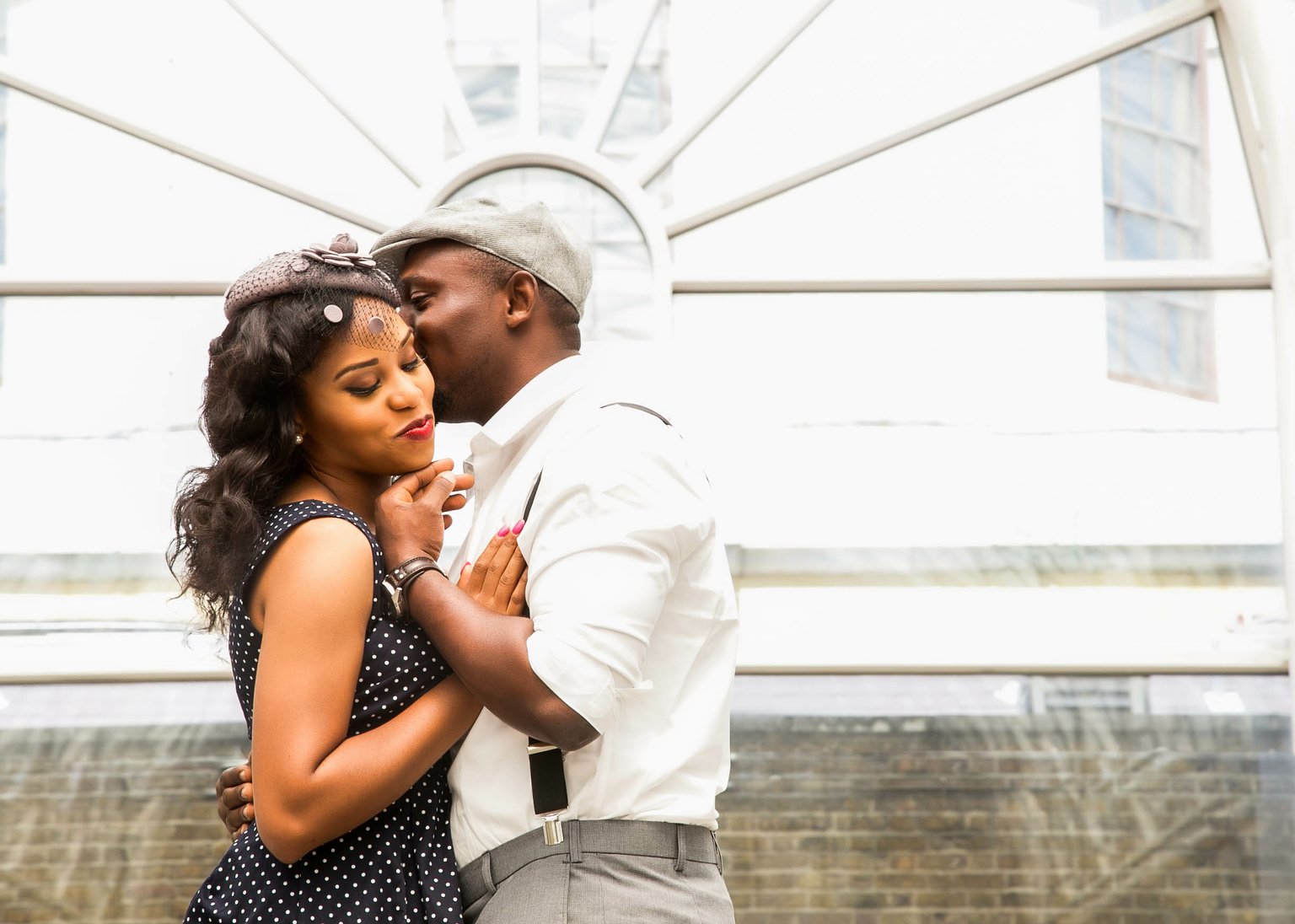 And just like that, she made me the happiest man in the world!

Nata and Kelly will be getting married on the 26th of September, whoop!

What is for you will always be for you! We broke up several times, he left me to propose to another woman but here we are! – Paris & Dominic’s story