I woke up at 3am and for some reason I started to stare at one of my sons. I changed my angle a little and in the dark, it seemed his face had morphed into that of little Ba’aye, the first girl I photographed at one of the camps.

I don’t know if it’s because I’ve found it difficult to get good sleep since I started making these images or simply because they both have rounded foreheads but It’s amazing how children look alike .

But then it came to me. 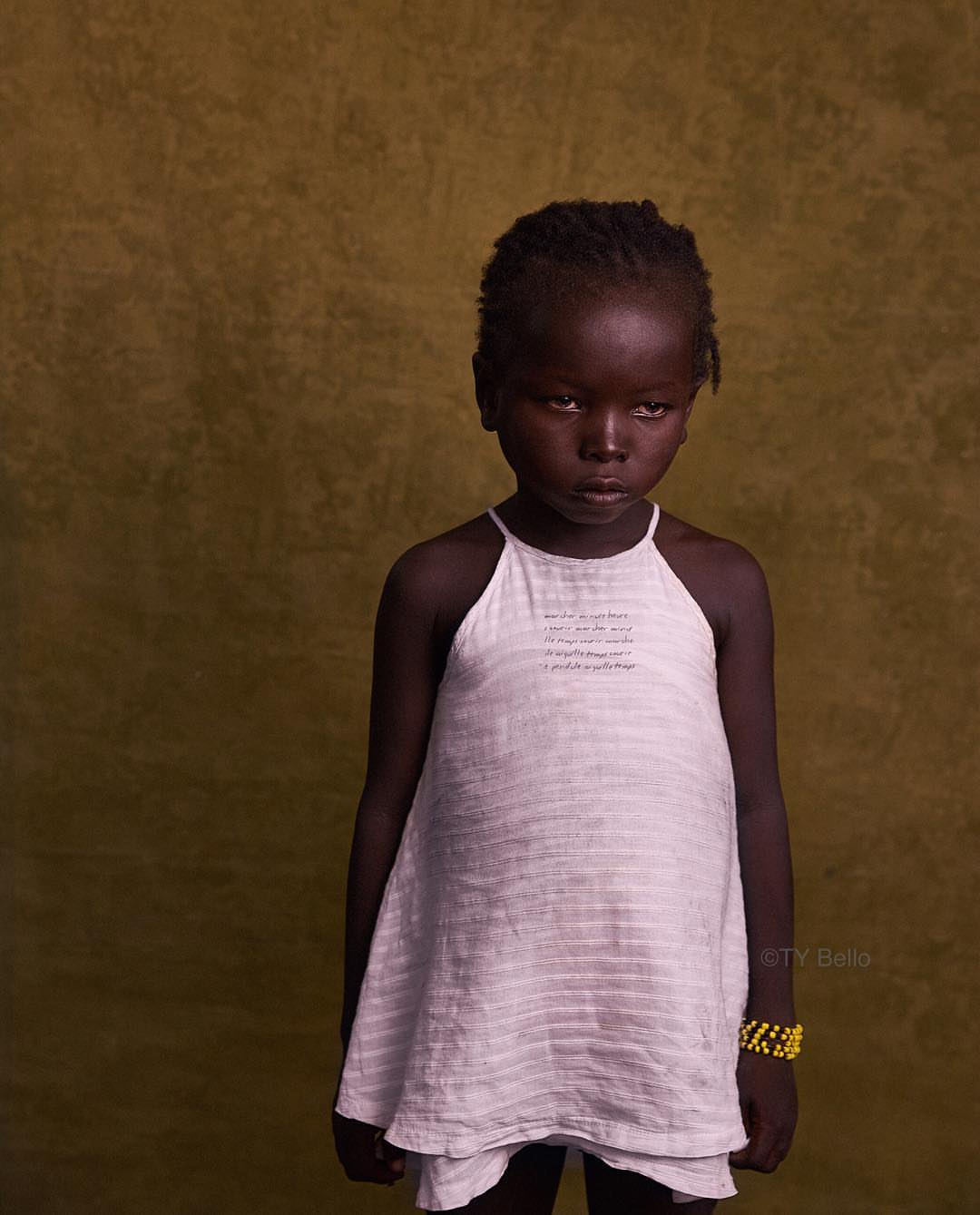 That look on her face… I’d never seen on anyone her age. This little girl had seen things she shouldn’t have! Visions of her kept me awake. She just stared harder and harder at that corner .

When asked if she remembered anything about how she left her home in Bama she strongly affirmed, “I don’t want to go back home.”

When asked why, she replied, “It’s not a good place.” No matter how different children’s personalities are, they really are just big babies. The two to four-year-olds living through this crisis are not blessed with ‘special’ powers to ‘handle it’.

I tried to put my sons in the context of everything that has happened in Borno and it became even clearer to me how broken and terrified she and countless others must be.

Children are children and War is Wrong. What’s more wrong is having a narrative about the situation that leaves them out. We must remember the children. They need us to . 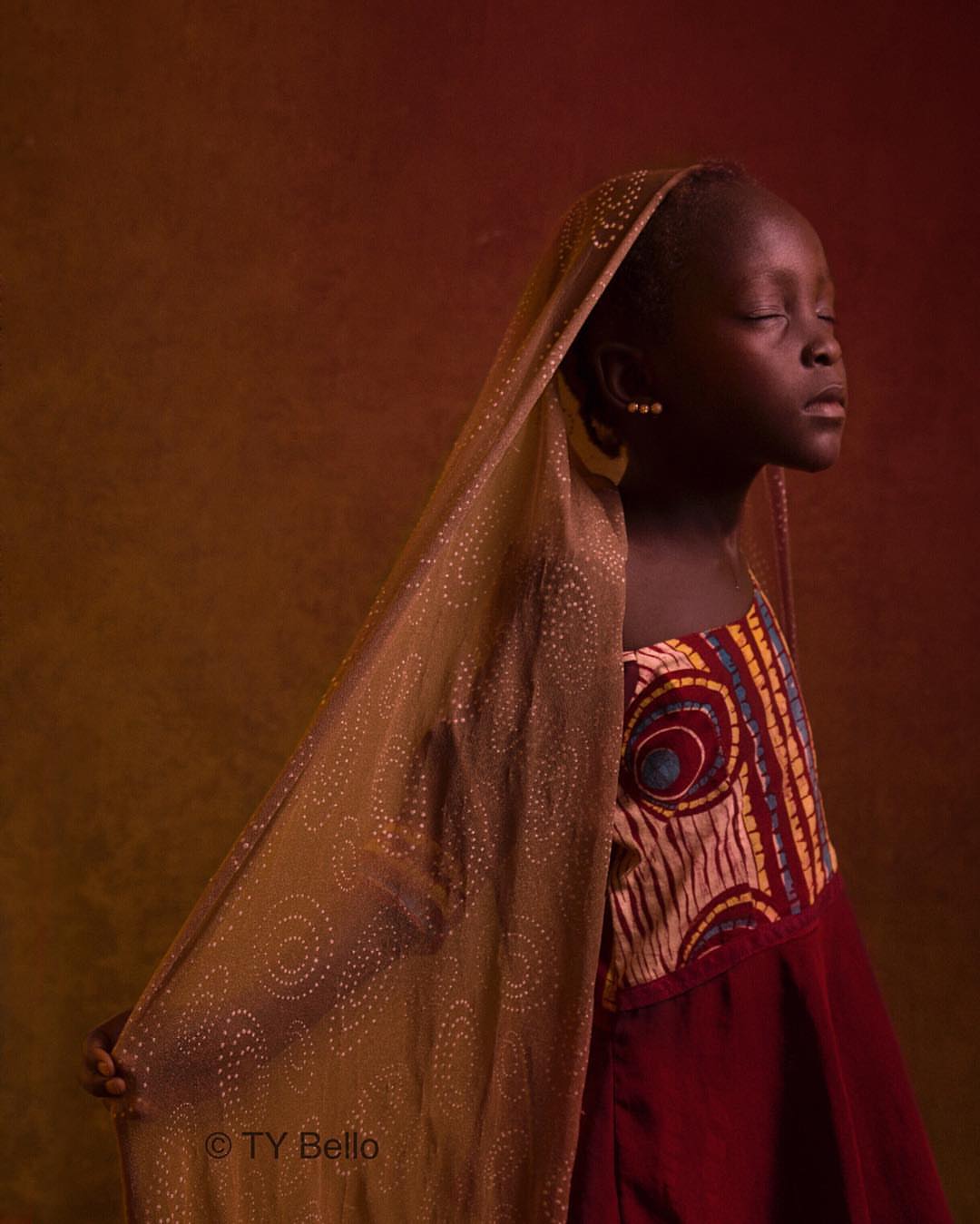 “My name is Hafsat Mohammed. Boko Haram Terrorists came to our town. They killed my brothers and sisters. I now live here at the camp and go to school. I am in primary 2. When I close my eyes I imagine a tomorrow where I’m a doctor and I’m helping other people.” 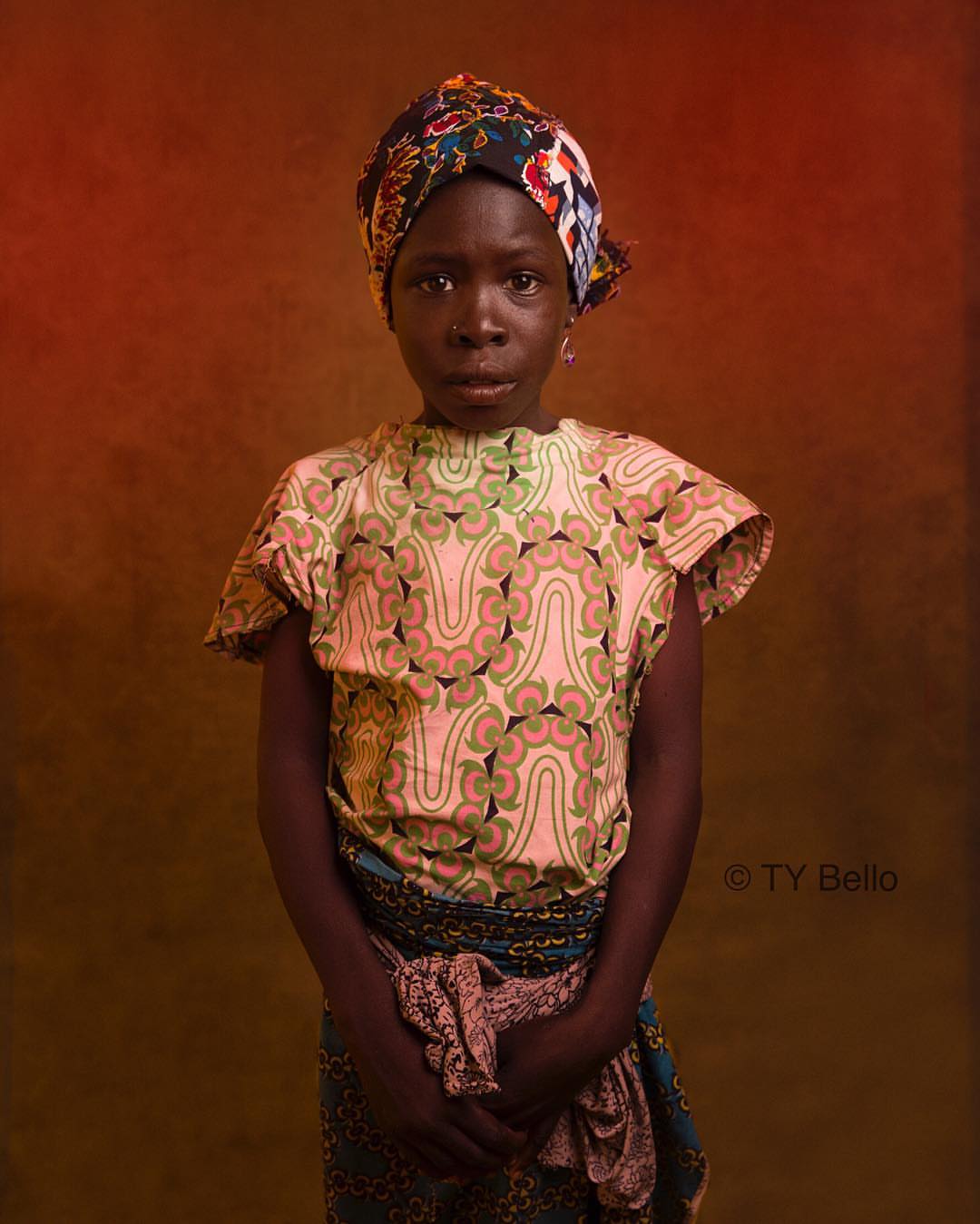 “My name is Magama. I’m still a little confused. I was asleep when Boko Haram came to our town, so I still don’t understand why I’m at the camp. ” 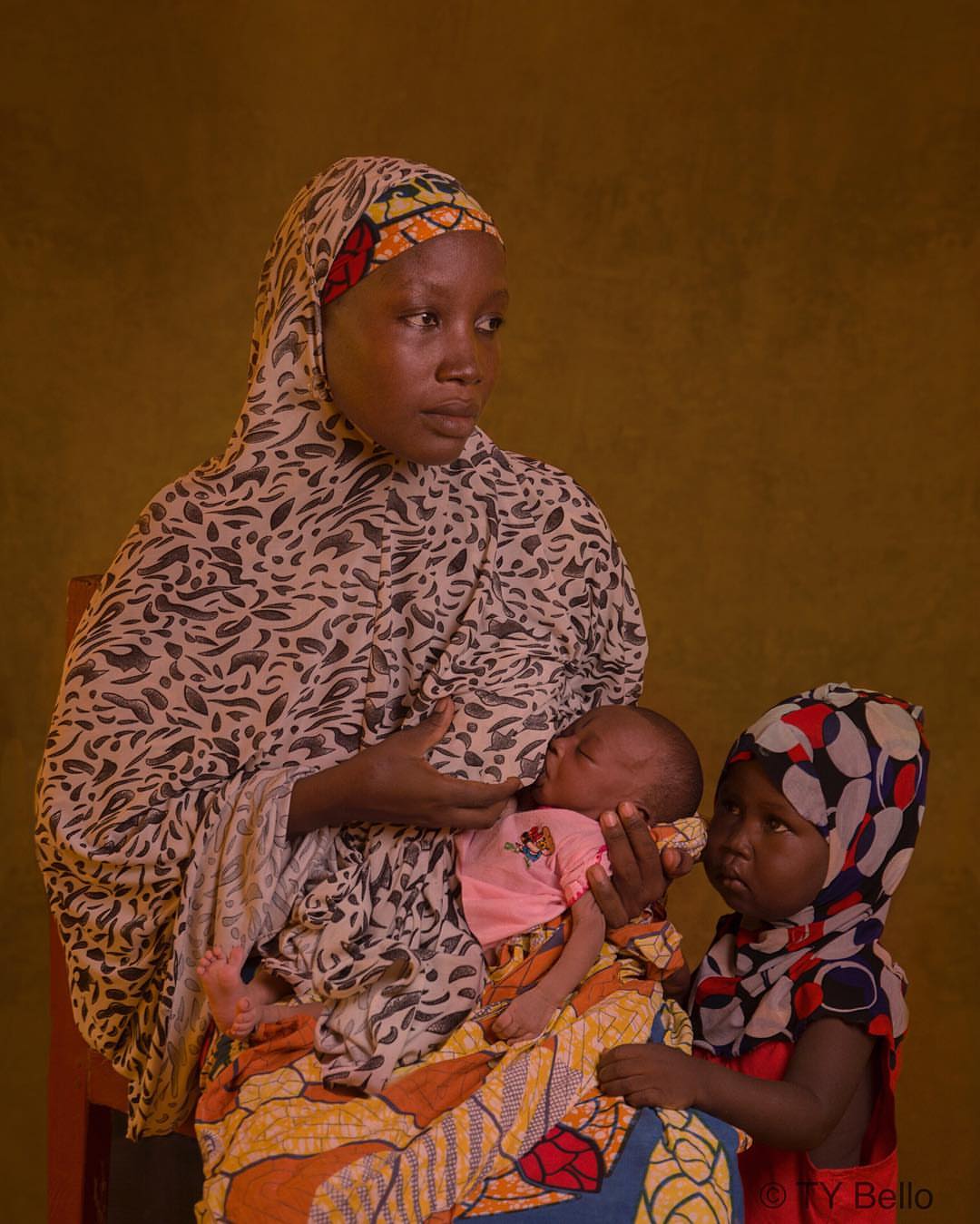 Halima Ali with her children Fatima and Mohammed are from Aulari behind Bama. Bokoharam terrorists burnt down their home. This is a very common senerio here, people knowing very well that they have no where to go when the war ends . 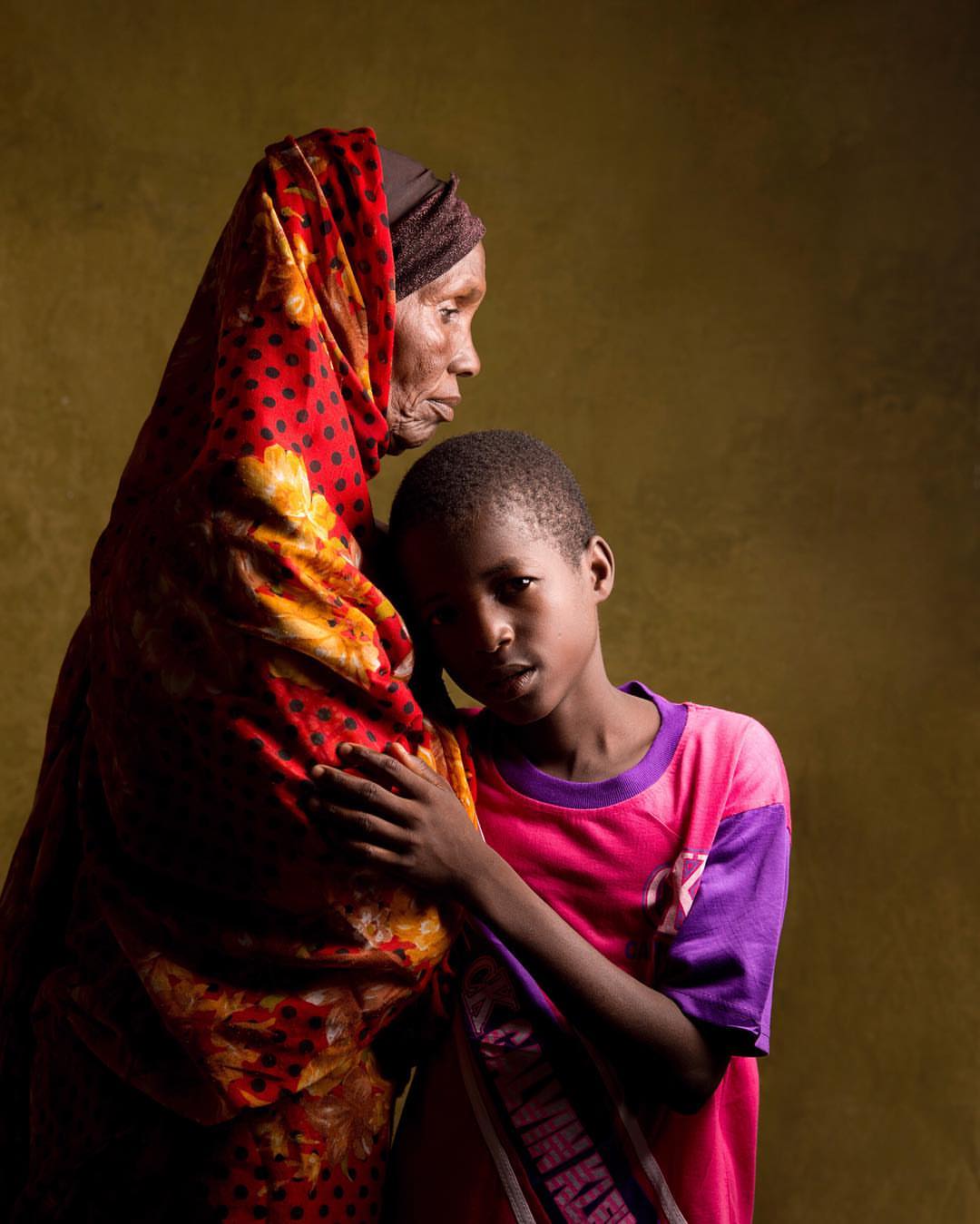 “I am from Monguno.. My son was shot and killed by Boko Haram and his wife died after a brief illness. I am now left to care for my grandson. He is in class two now at the camp and wants to be a teacher when he grows up. “ 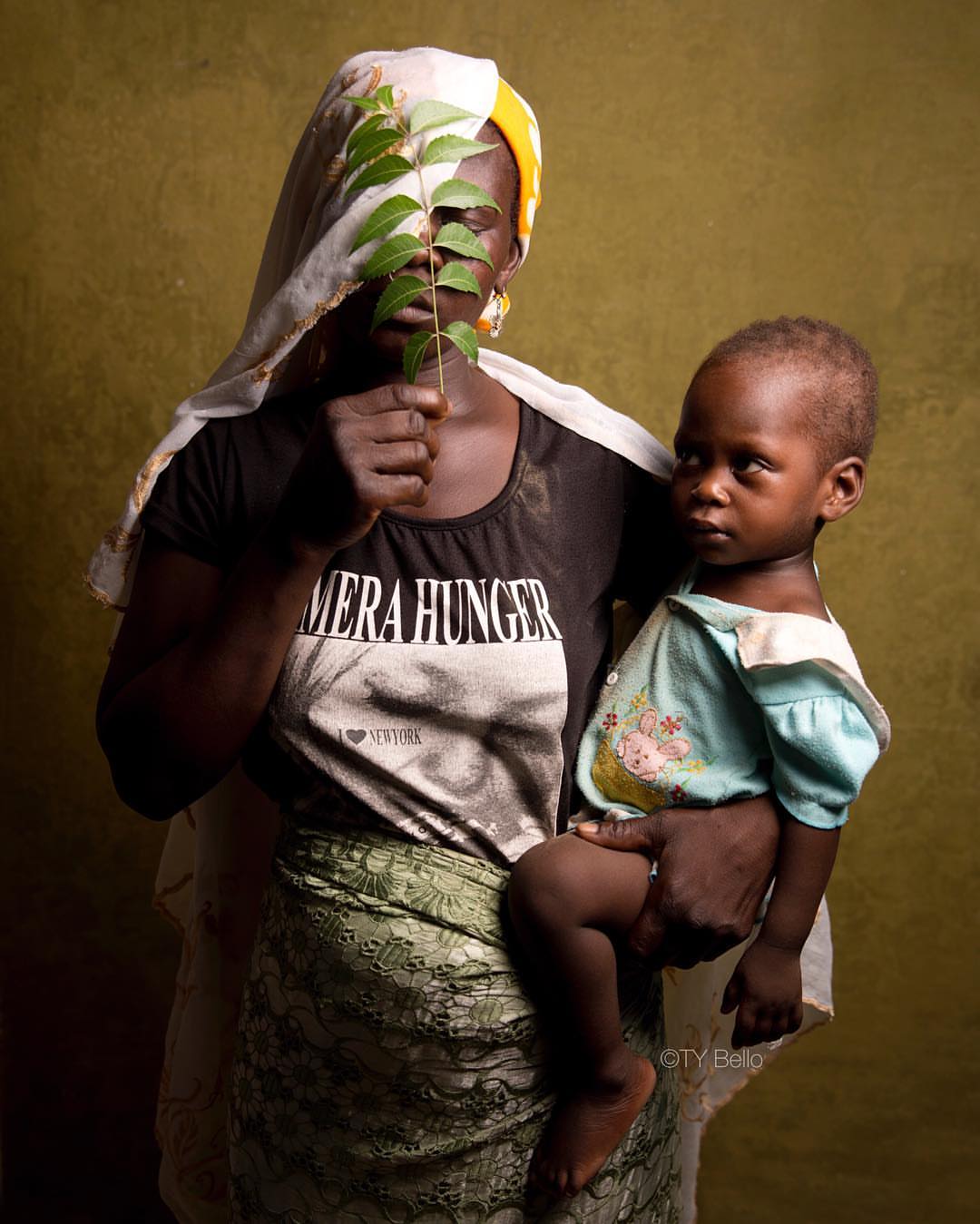 “I was pregnant when Boko Haram attacked Gaba. They killed my husband right in front of me in our home. Some of us ran into the forest. I gave birth to my daughter in the bush. Unfortunately Boko Haram caught up with us and killed all the men. They put a gun to my head and asked that I join them or be killed. I along with the other women were taken to Goshi by the terrorists. They tried to force us into marriage but we managed to escape at night to Cameroun. From Cameroun we traveled here to Maiduguri. We live here at the camp and my daughter is now two years old .” 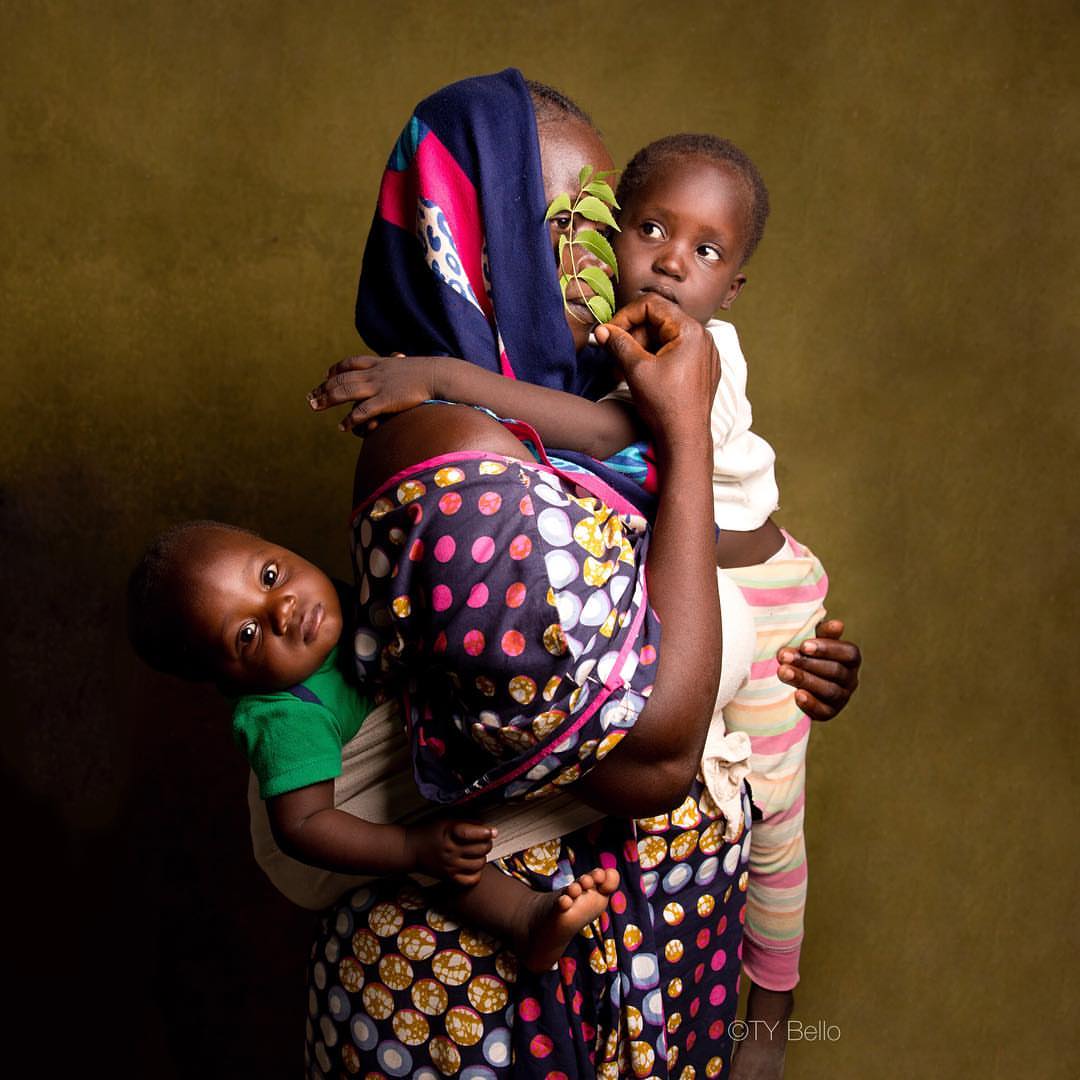 “Boko Haram killed my father when they came and they took us to Gwoza. They tried to force us to convert to Islam and gave us poisoned water to drink when we refused . I did not drink the water and so I survived.Six of us died from the poison.The rest of us were held for two months. We climbed a wall and escaped at night.” 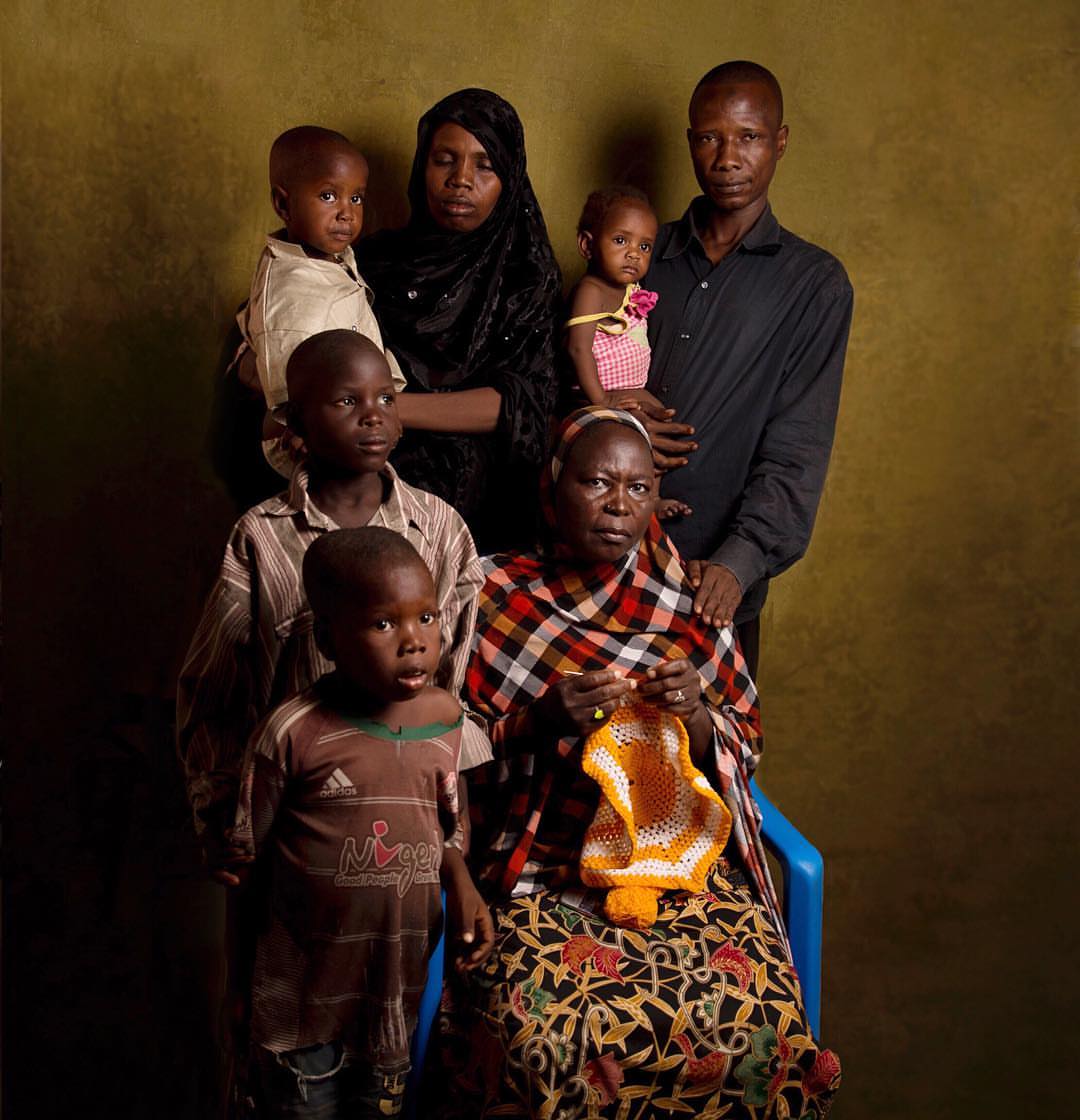 “I am Babagana IBRAHIM 33yrs old and from Monguno. I was a trader and studying to be a teacher at Sir Kashim Ibrahim College of Education. I also did some farming. Everything was normal the day before Boko Haram came at 1am. I was separated from my family in the chaos but we were reunited in a village 20km from home. We walked all the way from Mungono to Maiduguri.. My wife , my mum and the children. My wife was pregnant at the time. It took us six days. I just want things to go back to normal so I can go back to school. All I’m fighting for right now is for my children to get their education. When we arrived it was very difficult but thanks to the agents at NEMA and SEMA things are much better now” 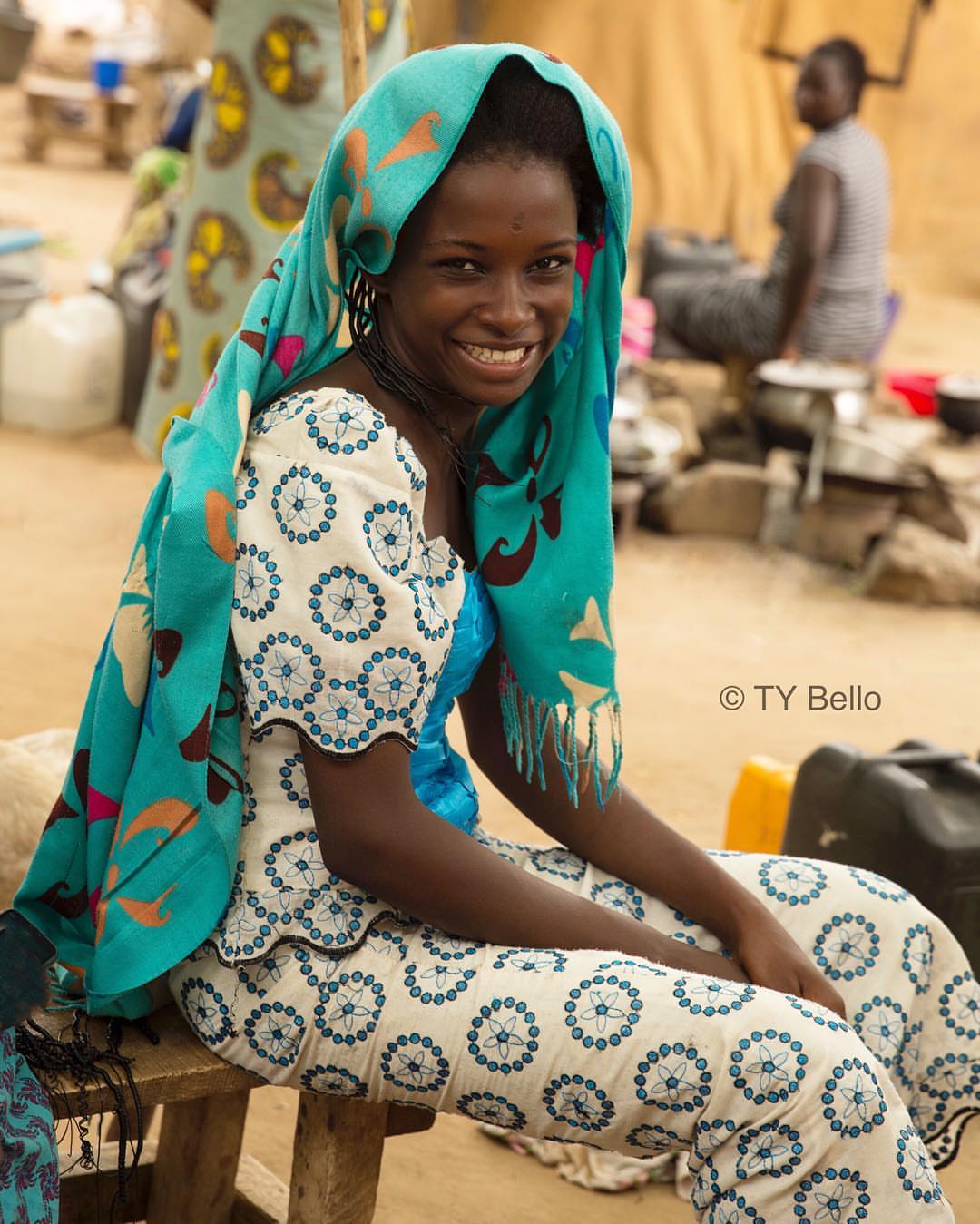 There’s something about the smile of this 15 year old (Dorcas Musa). I can never forget her face. Dorcas is from Baga in Borno state. Bokoharam abducted her and many others and took them to unknown village, holding them captive for a week. They managed to escape in the middle of the night.  The terrorists ran after them but couldn’t keep up. They went back to Baga and were transported to the camp from there. Dorcas also wants to be a doctor. 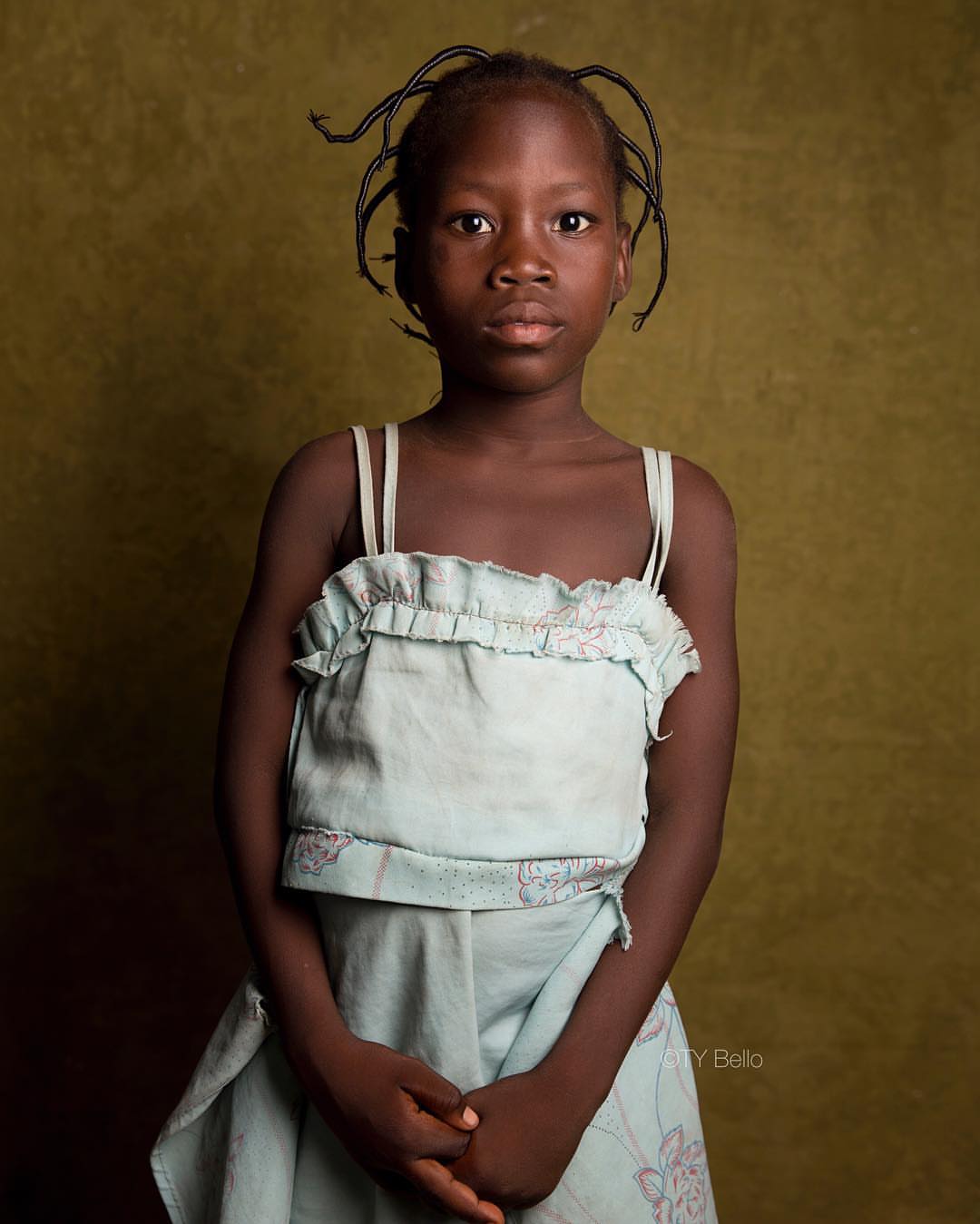 Making these portraits, my hope was to draw more help to #internallydisplacedpersons by telling their personal stories.

There are so many people on ground at the camps and host communities working hard and many are clearly overwhelmed. This is good time for those that have been considering getting involved to do so. I also understand that there’s a big information gap. Most people want to know how to begin or even understand the scale of the problems with the IDPS.

Many people have been kind enough to go to the camps and make direct donations. I’ve also asked for information on organizations that are credible and need support and I’ll keep publishing the feedback that comes to me on this platform .

StyleHacks: When You Just Don’t Have Time To Change & Your Outfit Has Run Amuck!

From Lagos to Toronto: Zazaii opens its first stand-alone store in Canada