Rapper, singer, global icon and cultural provocateur Nicki Minaj has announced that she will be performing at the 2015 MTV Video Music Awards and we can’t wait for what she would wear this season.

Nicki has wowed us over the years with her outfit choices for the VMAs both on the red carpet and on stage and because it evolves with every new season, we are certain this year’s edition will be mind blowing as she will be teaming up with world-renowned fashion designer Jeremy Scott and we would dish it to you as hot as it comes but first we bring to you, her looks so far since her VMA debut. 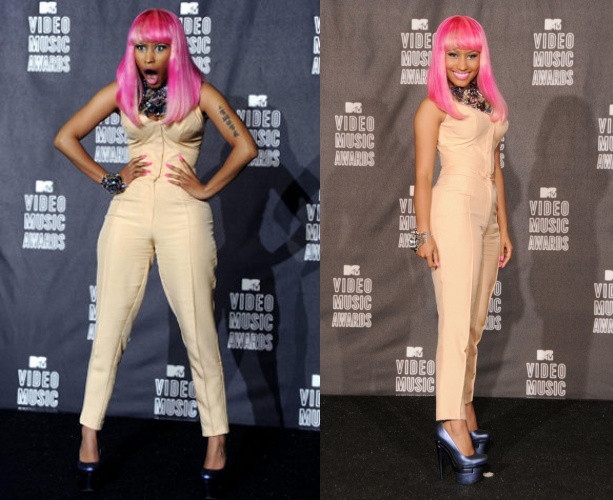 Nicki made heads turn with bright pink hair on the red carpet.

She performed alongside Will.i.am 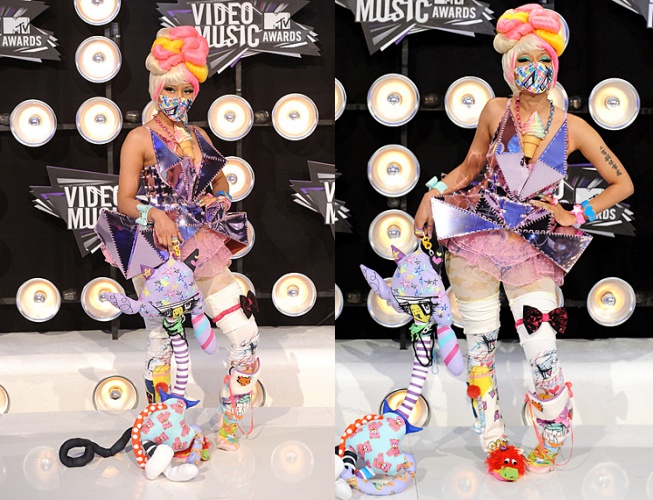 In 2011, Nicki didn’t get a chance to perform, but she was still a presence that was hard to miss. 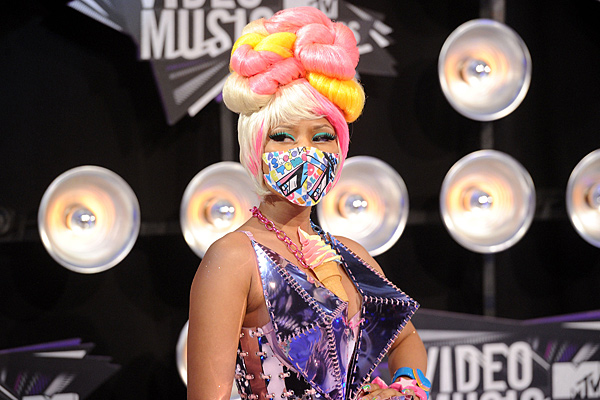 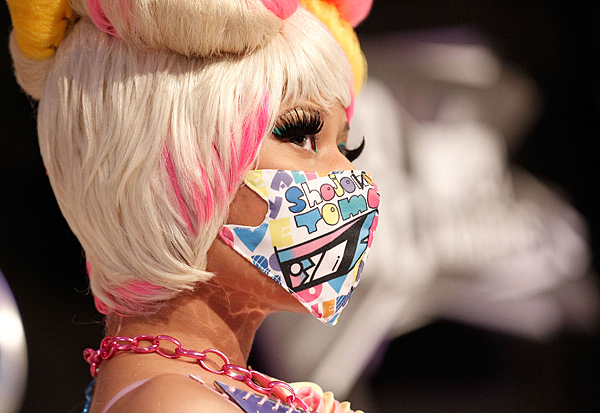 This was mostly because of her colorful and out-of-the-box wardrobe on the red carpet. 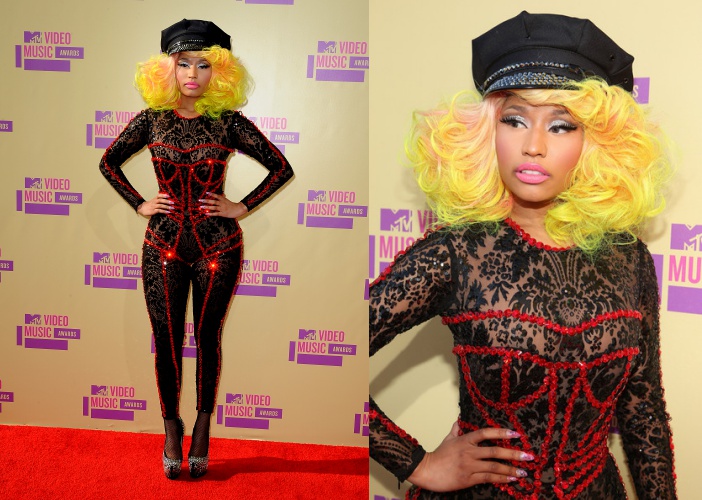 She didn’t just heat up the carpet with bright yellow hair and a skin tight outfit but she lit up the stage as well in a black tight fitting hooded dress. 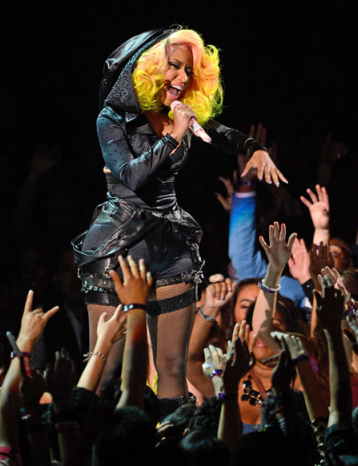 2012 found Nicki back on stage, only this time it was during the main show as she joined Alicia Keys for a rendition of “Girl On Fire.” 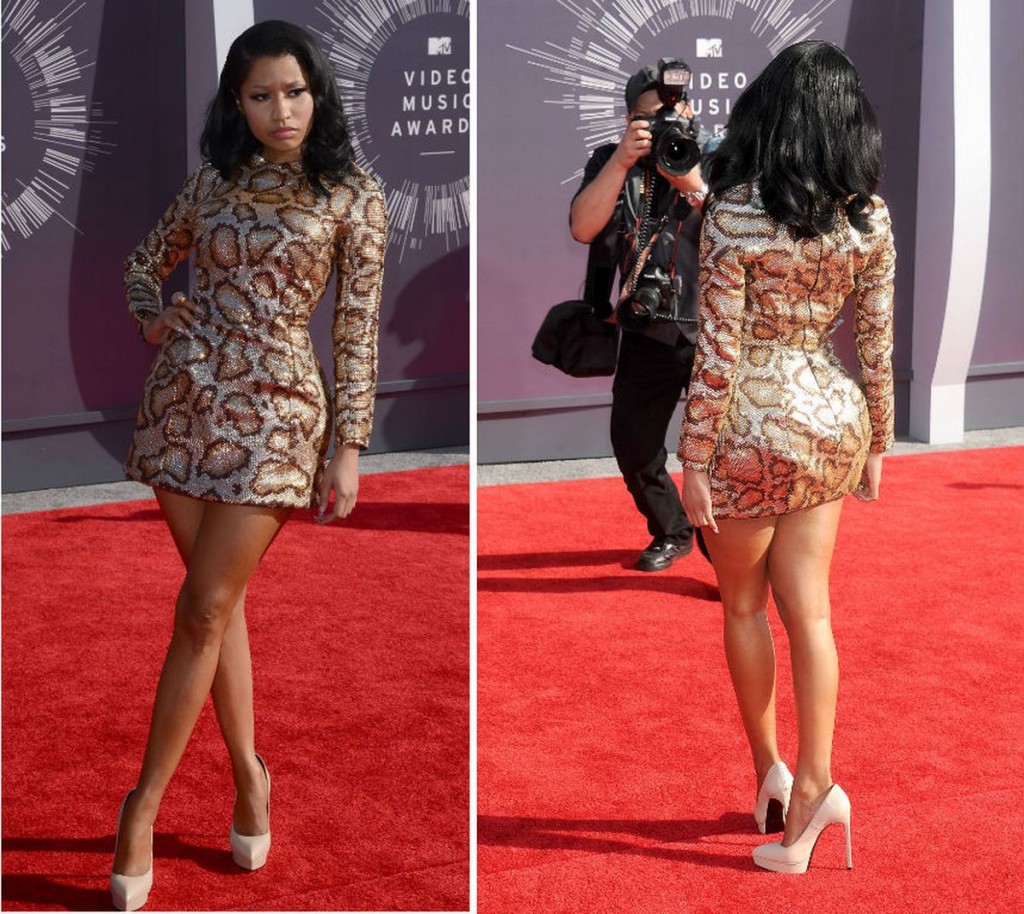 After a one-year hiatus from the VMAs, Nicki returned in stunning fashion and we’re not just talking about the long-sleeve Saint Laurent metallic mini and pumps she wore on the red carpet. 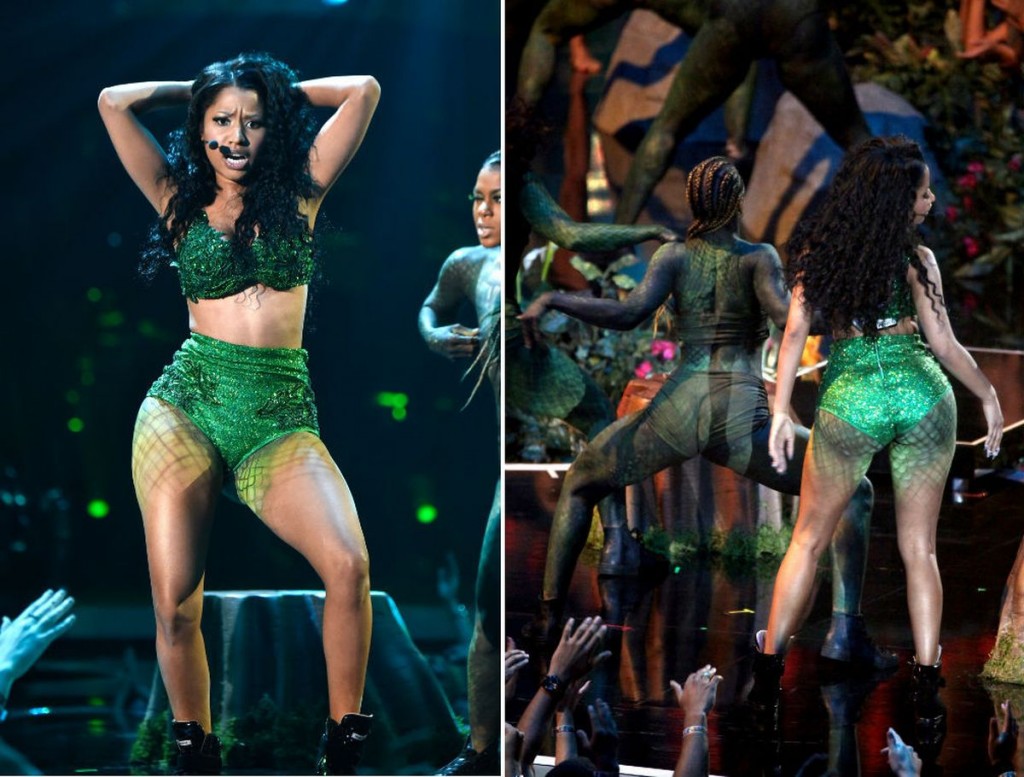 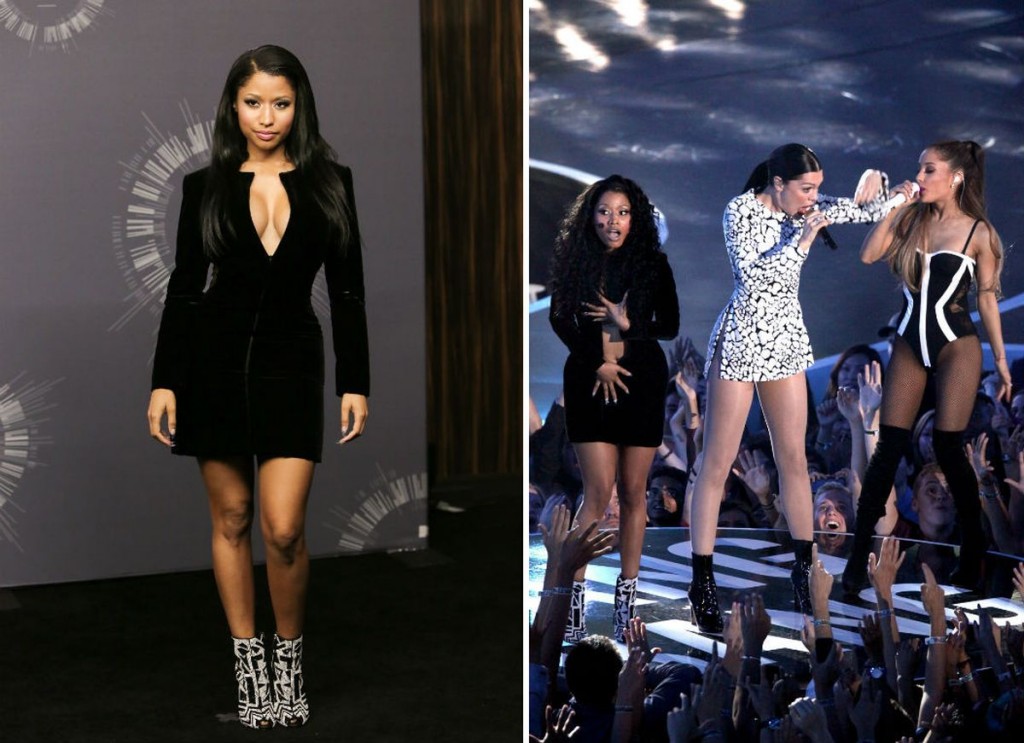 So did her Saint Laurent frock, even though she had a wardrobe malfunction. 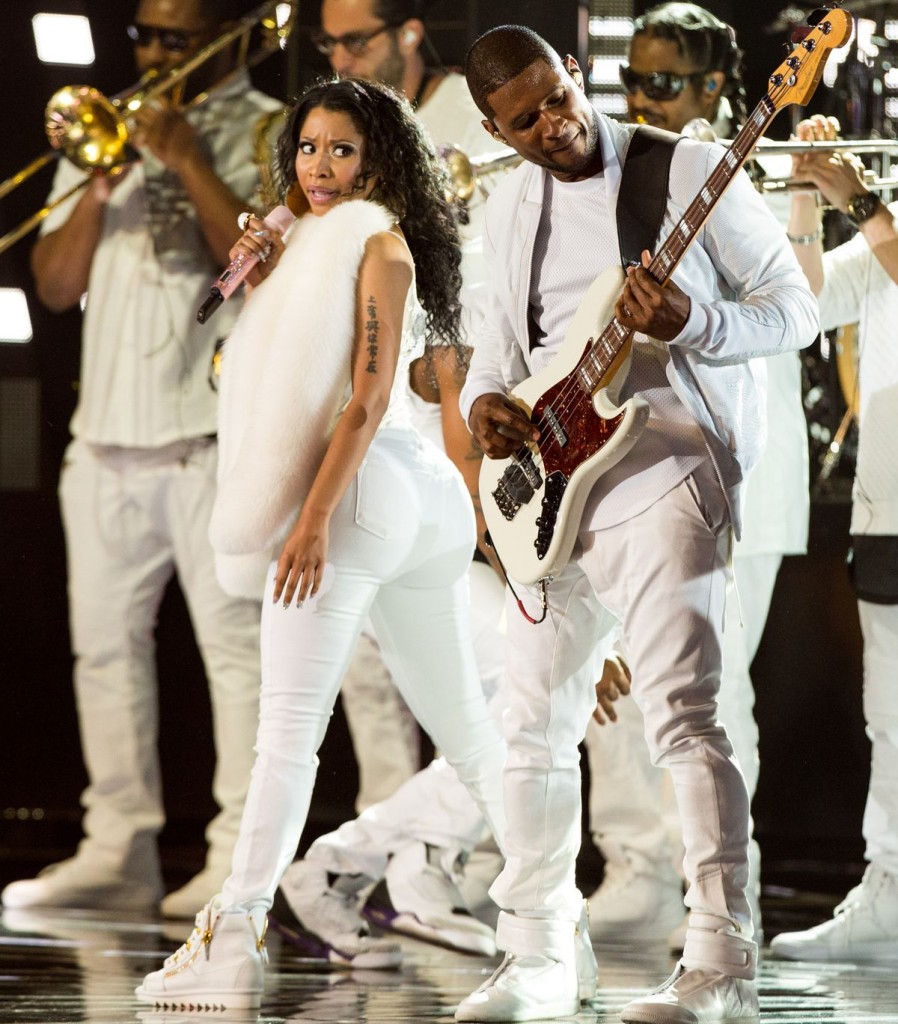 How amazing does she look in these jeans and Giuseppes? 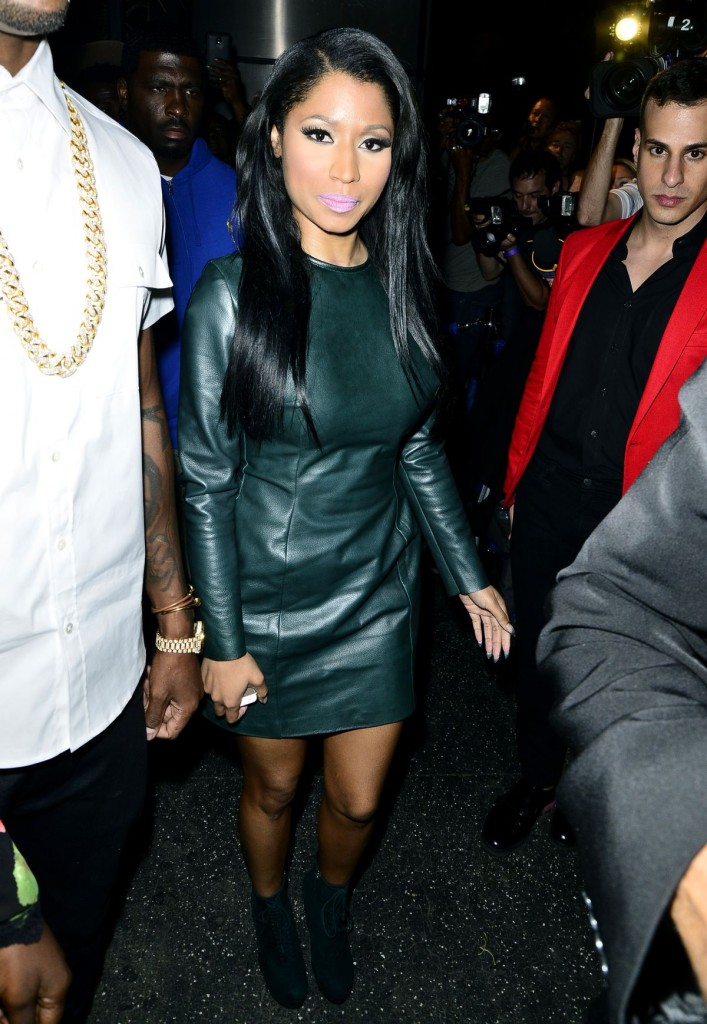 Nicki opted for long, straight strands when she stepped out in her last outfit of the night: a hunter-green leather frock with matching ankle booties and pale-pink lips because after work, you gotta tone it down.

Our Aww, LOL and OMG moments from our Wedding of the week (Volume four)

11 killer party outfits we found on Instagram this Christmas

Ada Oguntodu: 7 smart and fun ways to dress up for work