Nicki Minaj is basking in the glory of her new music topping the US music charts. She is also featured on the July 2018 edition of Elle US Magazine where she addresses the issue of her sexuality amongst other things.

In this feature, Nicki preaches about self-respect while still remaining sexy and it’s a message to young girls. “I love being sexy; I’m never gonna stop being an exhibitionist,” she says.

“Maybe I was naïve, but I didn’t realise how many girls were modern-day prostitutes. Whether you’re a stripper, or whether you’re an Instagram girl—these girls are so beautiful and they have so much to offer. But I started finding out that you give them a couple thousand dollars, and you can have sex with them. I was like, Yikes. It’s just sad that they don’t know their worth. It makes me sad as a woman. And it makes me sad that maybe I’ve contributed to that in some way.”

It is a topic difficult for Nicki because admittedly, she sells sex appeal all the time with her music and fashion. “I don’t know if I’m doing the same thing they’re doing, so I can’t look down on these girls. I may not be having sex with people, but I’m still selling sex appeal.”

However, Elle’s Devon Gordon helps her out when he tells her sex appeal and sex are two different things. “That’s true. But I just don’t know if girls who look up to me think that when I’m posting a sexy picture. I’m actually the antithesis of all of that. I’m more of, like, the snobby girl, like the ‘Uh, what’ type of girl. And I want girls to be like that. I’d rather you be called snobby or a bitch or conceited—I’d rather you be called that than easy, and a ho, and a slut.”

The Story Behind the Shoot

When ELLE creative director Stephen Gan approached Nicki Minaj with the idea of being photographed by fashion legend Karl Lagerfeld, the rapper nearly lost her mind. “I wanted to cry,” says Minaj, who flew to Paris in April for the cover shoot. “All I do is wear Chanel.” The duo had met once before, at a dinner thrown by Gan, “but it wasn’t like we became best friends at that dinner. He was cordial and nice, and we took pictures. But this time I felt like he and I grew up together. Like we were BFFs.” Lagerfeld shot Minaj at Studio 7L in Paris’s Seventh Arrondissement. “He made himself so available to me,” she says. “I thought he was going to be a snob, but in fact, he was so personable, looking me in my eyes and asking me, ‘Do you like this?’” Minaj’s favourite setup, pictured above, is an instant classic. “Karl was sleeping on the couch, and Stephen said, ‘Walk up to him, and try to wake him up.’ I had on this really sexy dress, so I walked up to him and he opened his eyes, and I was looking at him all Marilyn Monroe–type, and everybody in the room started shouting, ‘Stay, stay, take this picture, take this picture.’ It’s so iconic. After that, I couldn’t think straight anymore. I was like, Oh my God, I couldn’t…it felt like a dream.”

Hair by Kim Kimble at SixK.LA; makeup by Tom Pecheux at Calliste; manicure by
Chloé Desmarchelier at Atomo Management; produced by Céline Guillerm at Octopix 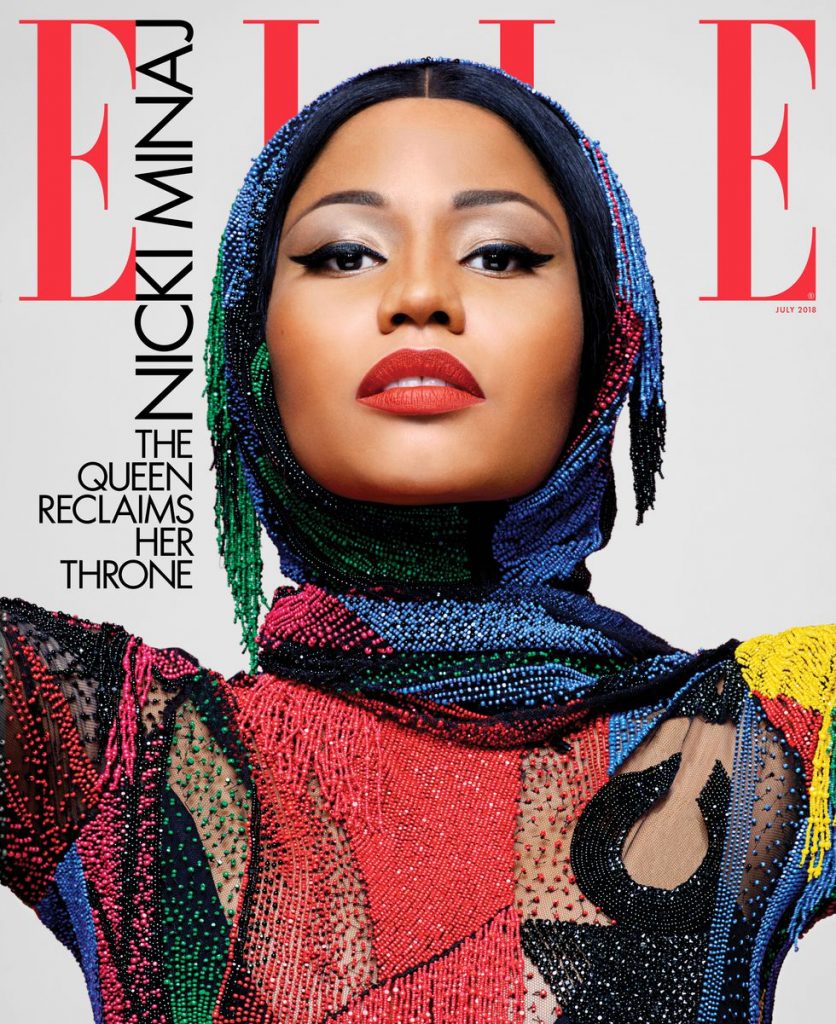 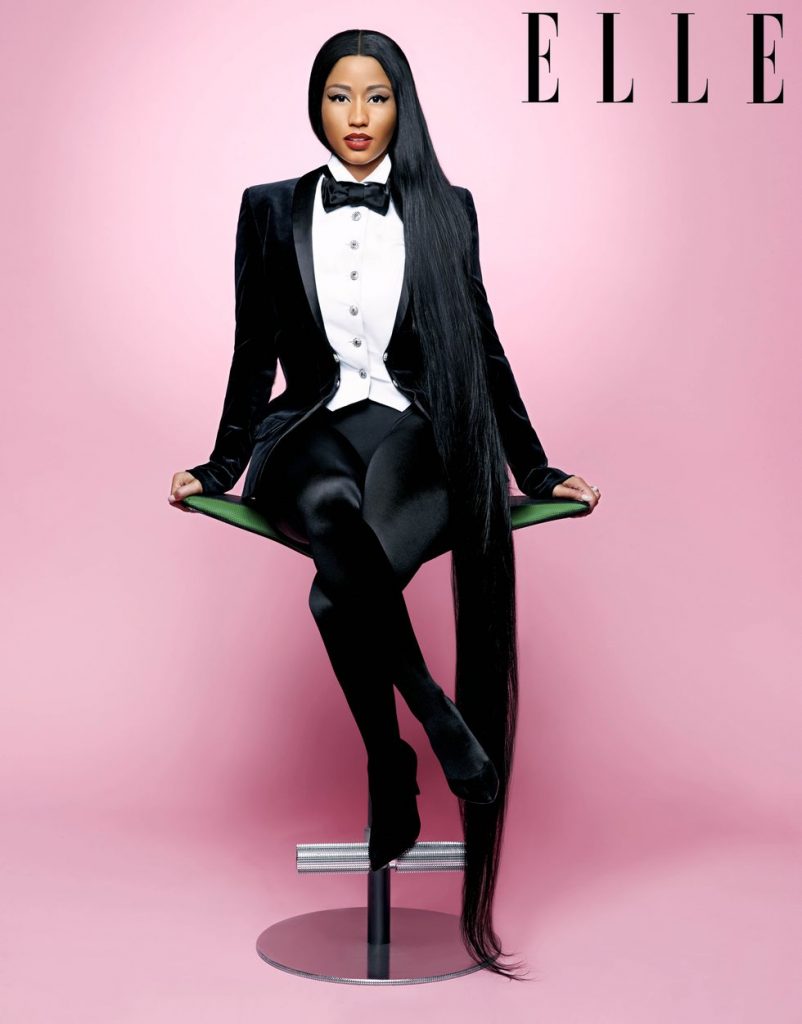 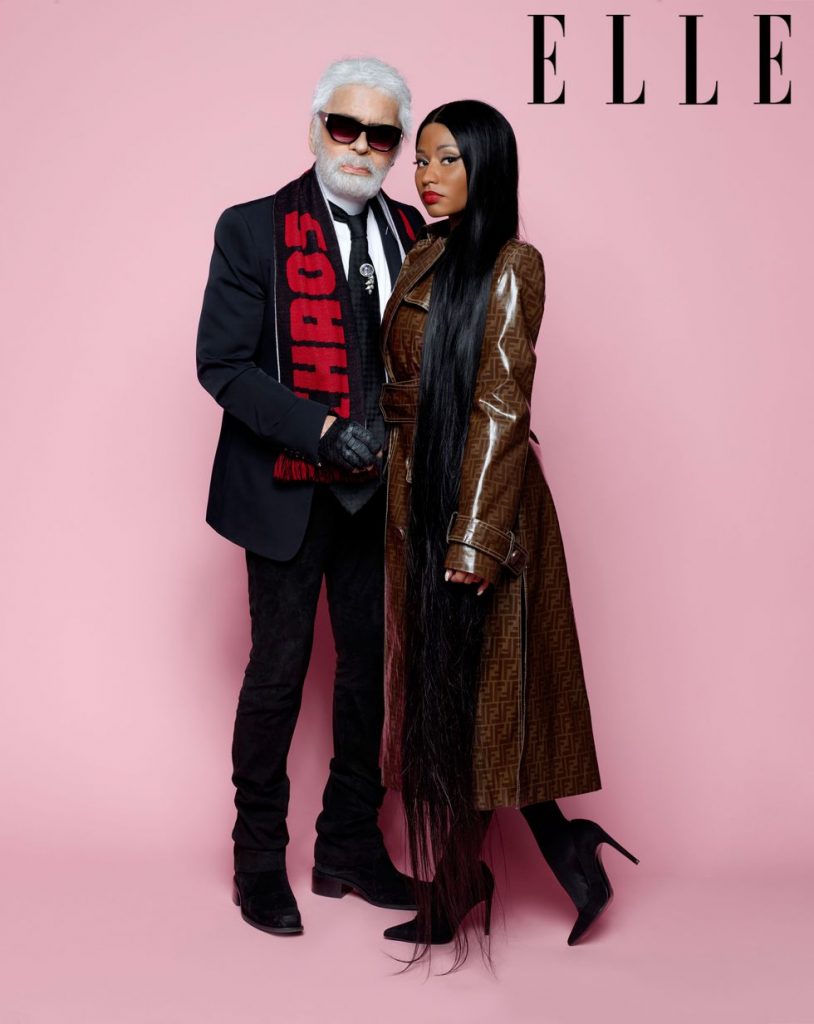 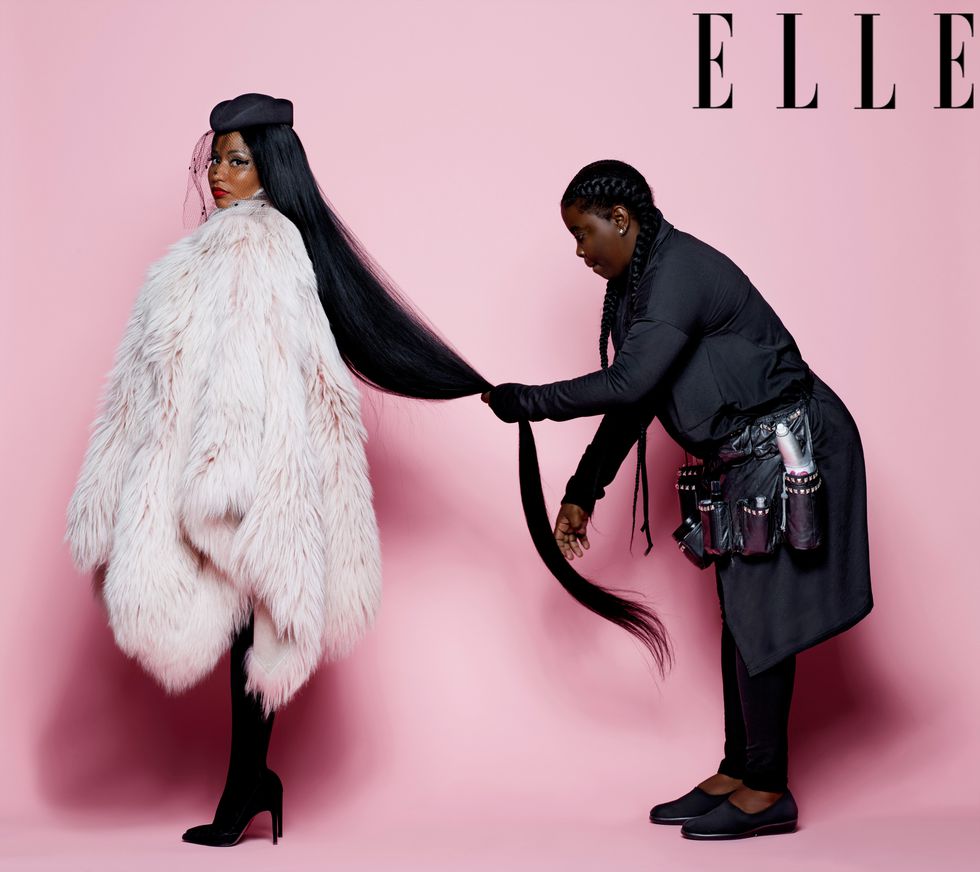 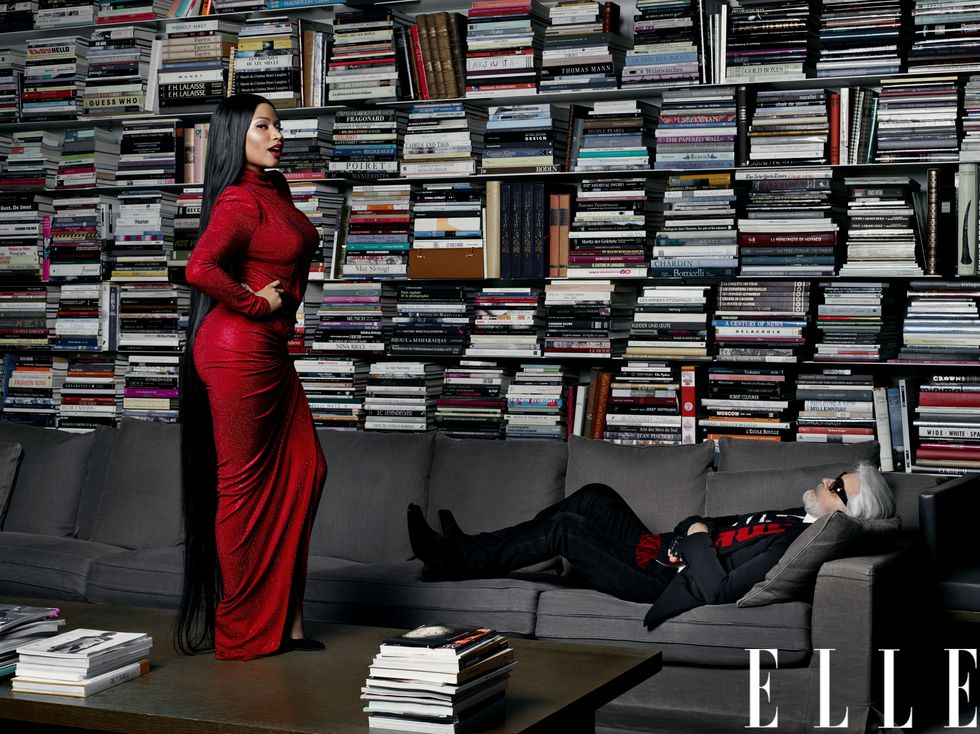