We dubbed it “British Wedding of the Year” and from what we’ve seen so far, our tag is spot-on.

Just as suspected, the bride wore a guipure lace dress made by British designer, Giles Deacon who had been seen leaving the Middleton home with a garment bag a few times months before the wedding.

The bespoke hand-pieced lace dress came with a full skirt, high neck and cap sleeves. According to Sky News, it is estimated to cost up to 40,000 pounds. 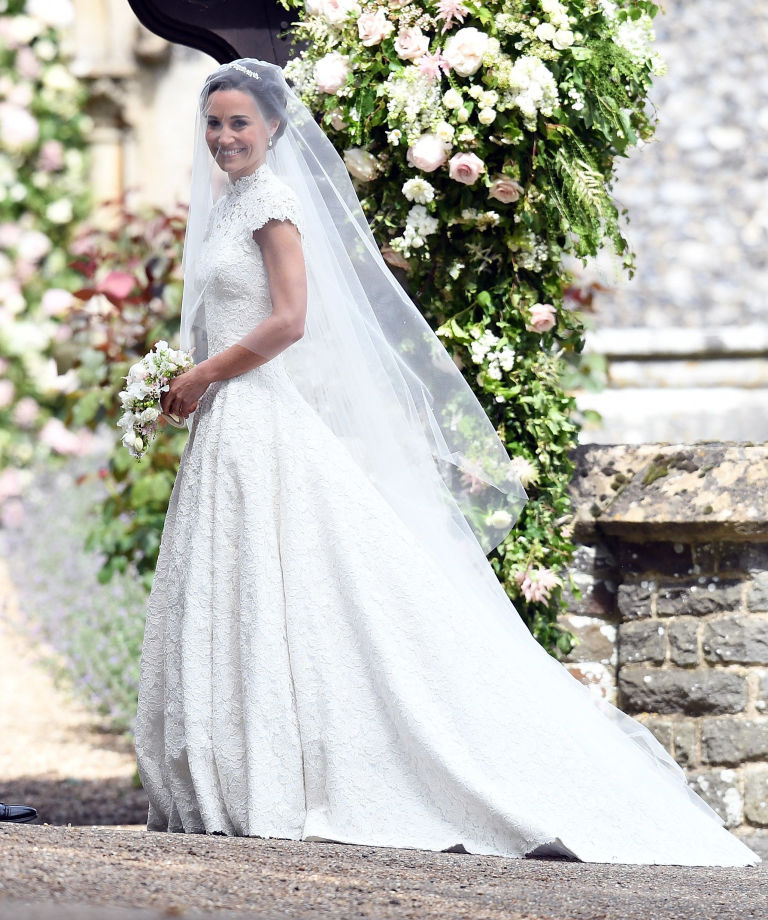 Bride’s sister and Duchess of Cambridge, Kate Middleton settled for an 80’s inspired peach Alexander McQueen custom dress. It was simple, showed less skin yet queenly. Her accessories were a fascinator in the same colour as her dress, silver drop earrings and nude heels.

Kate purposely did not perform bridesmaid’s duties as she didn’t want to steal her sister’s shine but she was seen adjusting Pippa’s veil and making sure the kids stayed quiet and orderly. 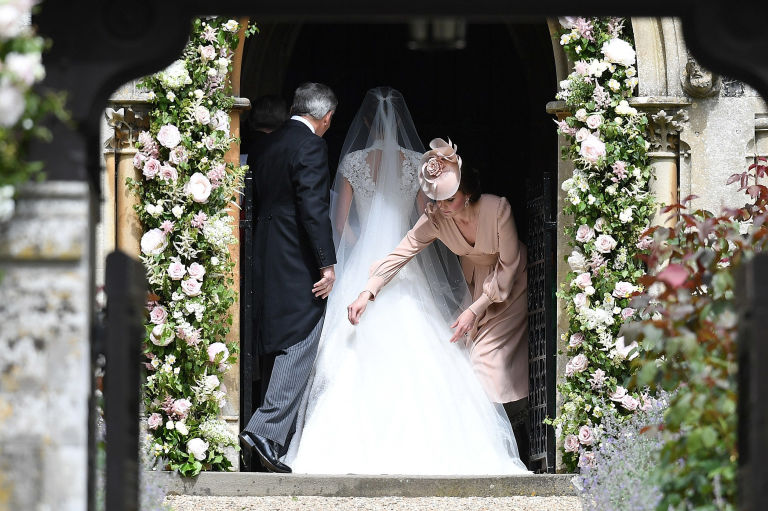 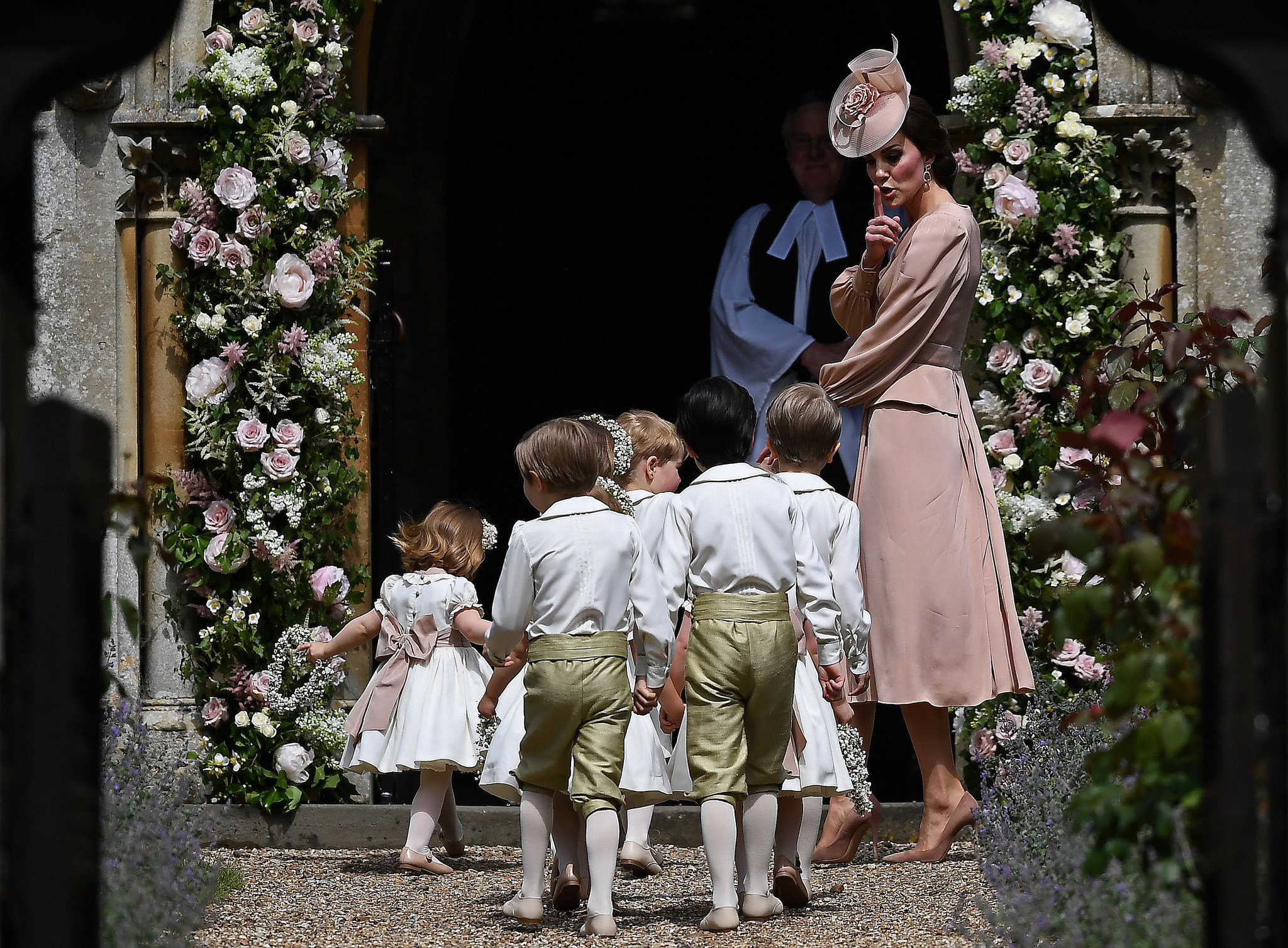 See other photos from the wedding:

British wedding of the year? | 5 things to expect at Pippa Middleton's wedding today