MKO Abiola’s ambitious and powerful look has influenced generations (cue in the agbada gang.) The Agbada gear has become synonymous with philanthropy, affluence and power because of how he wore it in the 90s.

Today is June 12 and the date is all about the man, Moshood Kashimawo Olawale Abiola. This year will mark 20 years since Chief Moshood Kashimawo Olawale Abiola, MKO, died on July 7 but what makes today most memorable, is that President Muhammadu Buhari also recently made the decision to declare today as Nigeria’s new Democracy Day and honoured MKO with a GCFR award- 2 decades later.

To commemorate this day… we wanted to step away from all the politics for a moment and focus on celebrating the man who makes the twelfth so significant. MKO, the man of the people, celebrating his impeccable style that still inspires many Nigerian men today (cue in the agbada gang.)

It’s an aspect of his life not really documented but asides his political ambition, scholarly accolades, outstanding humanitarian qualities, professional career, winning the presidential election and even the women in his life, Abiola was a gentleman of style. He was very ambitious with fashion as he was with politics.

MKO started his professional career in 1956 working in a bank as a clerk with Barclays Bank in Ibadan, Nigeria so his style was more youthful and sharper compared to his political rivals. He was later voted international businessman of the year twice.

However, his penchant for appearance predates his years in banking, he was a man that had a good romance with fashion- as a retired nurse, Oluremi Omotosho recounts. “The late MKO Abiola was my classmate in Owu African School, Abeokuta. We used to act Shakespeare’s plays together in the school. I acted as Juliet and Abiola acted as Romeo in Romeo and Juliet. The teachers always gave him 100 per cent score for neatness,” she told The Punch Newspaper.

He was very particular about his appearance and sending the right message at all times was key. During his campaign and voting in 1993, he was photographed once wearing an agbada embroidered with his trademark initials; MKO. That look was fashion forward at the time and it’s a testament that his style was influenced by the assertiveness of the 60’s and 70’s.

A 1997 BBC article describes MKO as a large, robust man, with a strong voice, a dominating physical presence and a flamboyant taste in clothes. We could see this in pictures featuring the icon in bold patterns and upright caps donning traditional gears- not to forget that million dollar smile.

Today, when most people visualise MKO and his appearance, they will picture him in an agabda, solid or printed micropatterns in clear colours, and a closer look always revealed a few extra interesting details- his outfits were never boring. MKO used his agbada gears to symbolise strength, dependability and authority.

Now young men in Nigeria borrow from this attention to detail. It is the simple sartorial gestures of Abiola that really shaped today’s Nigerian traditional style.

The weekend following his death, the Irish Times reported on the burial procession and described a Lagos State University student leader, clad in black and wearing a black scarf on his head, who launched into a speech to the accompaniment of cheers from his fellows.

We will leave it right there. 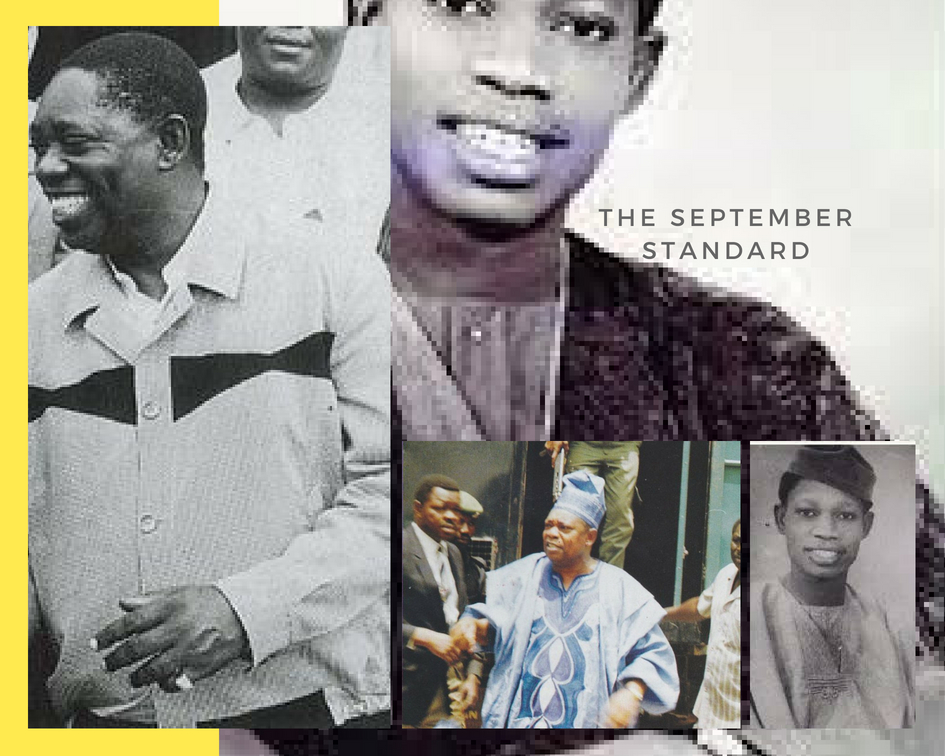 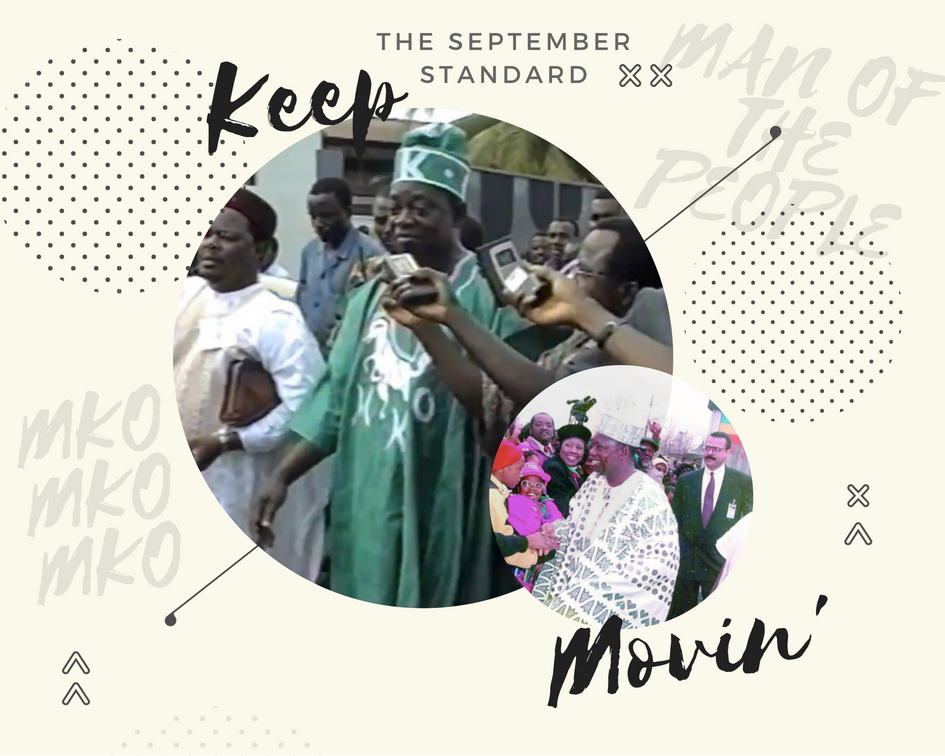 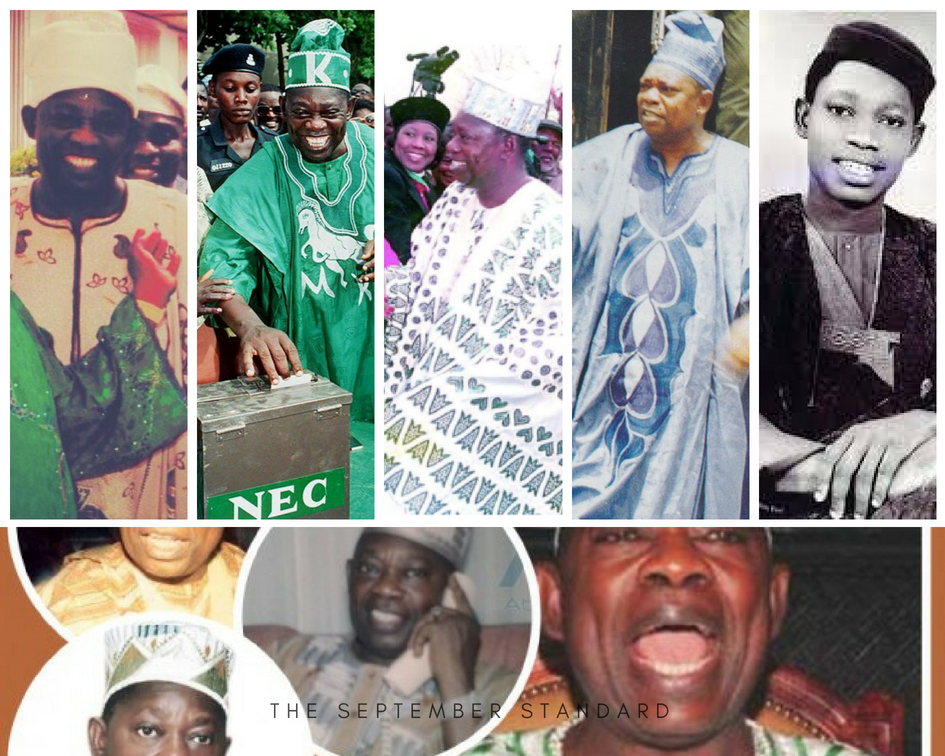 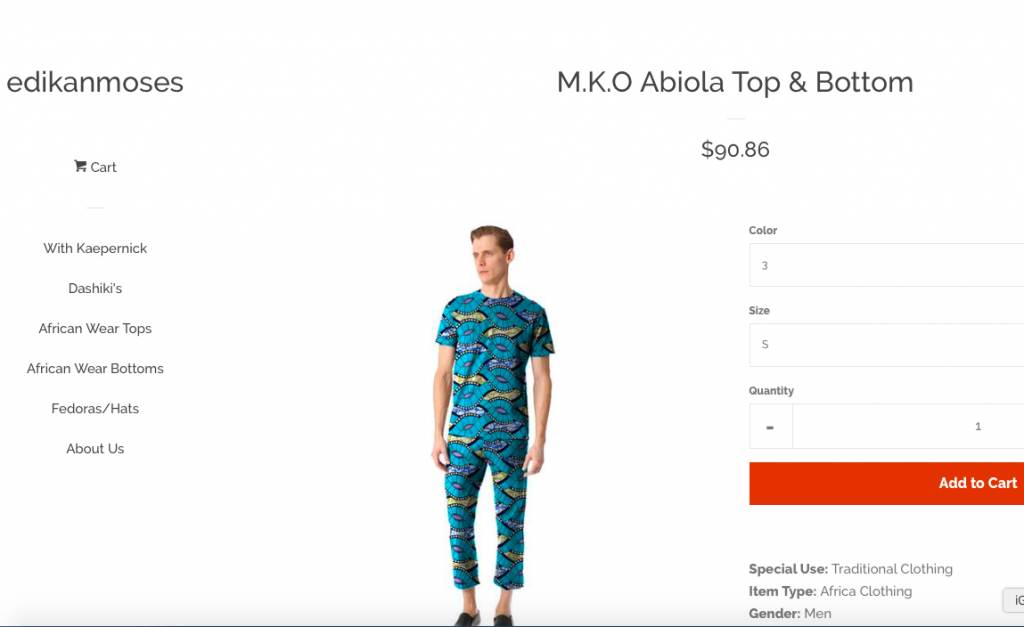