Founder and Creative Director of Orange Culture Nigeria, Bayo Oke-Lawal, sat with Chude Jideonwo in a recent episode of the viral tv show #WithChude, to discuss dealing with bullying and defying the norms, and the rise of his career in the fashion industry.

On the defiance it took to create a brand that wasn’t conventional and deal with the responses, he said, “looking back now, especially as an adult, and I think about these things, I am like, ‘was I that intentional as a teenager, or was I living my truth. I was just like, ‘oh, this is who I am, this what I feel, and it feels like nobody is engaging these issues or having these conversations.” 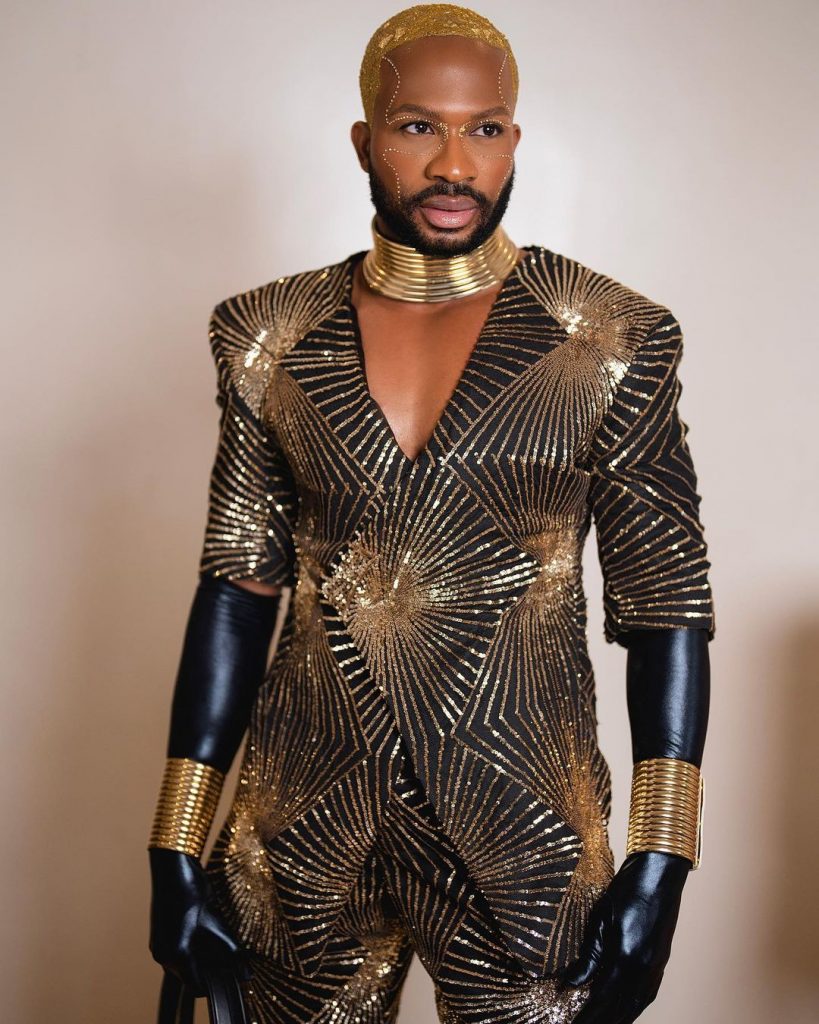 He also mentioned how his work gave him a platform to represent himself as he is. He said, “People are feeling all types of ways, unrepresented, disconnected, suppressed, and not saying anything about it. It was just a way of saying, ‘hi, this is me.’  At that time, it was like, this is what I want to say; this is how I will say it. I don’t want to be a replica of somebody else or a suppressed version of my reality. I want to be exactly myself from the jump,” he said.

On the perceived difference of his brand, he said, “Every time I was in a room, especially with a lot of other men, I was always asked why I was so different. Even when it wasn’t said, it was nuanced; it was how I was confronted, bullied, or attacked. It was so many different things. All those different situations always make me say, ‘Oh, this is who I am; I don’t feel like this needs to be questioned; I feel like you need to accept it. I think that was where the madness started. Even as a teenager saying that I am a boy with a colourful disposition, I didn’t know the impact of how that was going on for the next ten or whatever years and how many people will feel that connection to that little quote. I don’t say it anymore, but through how I live my life, you can see that I am a boy with a colourful disposition”. 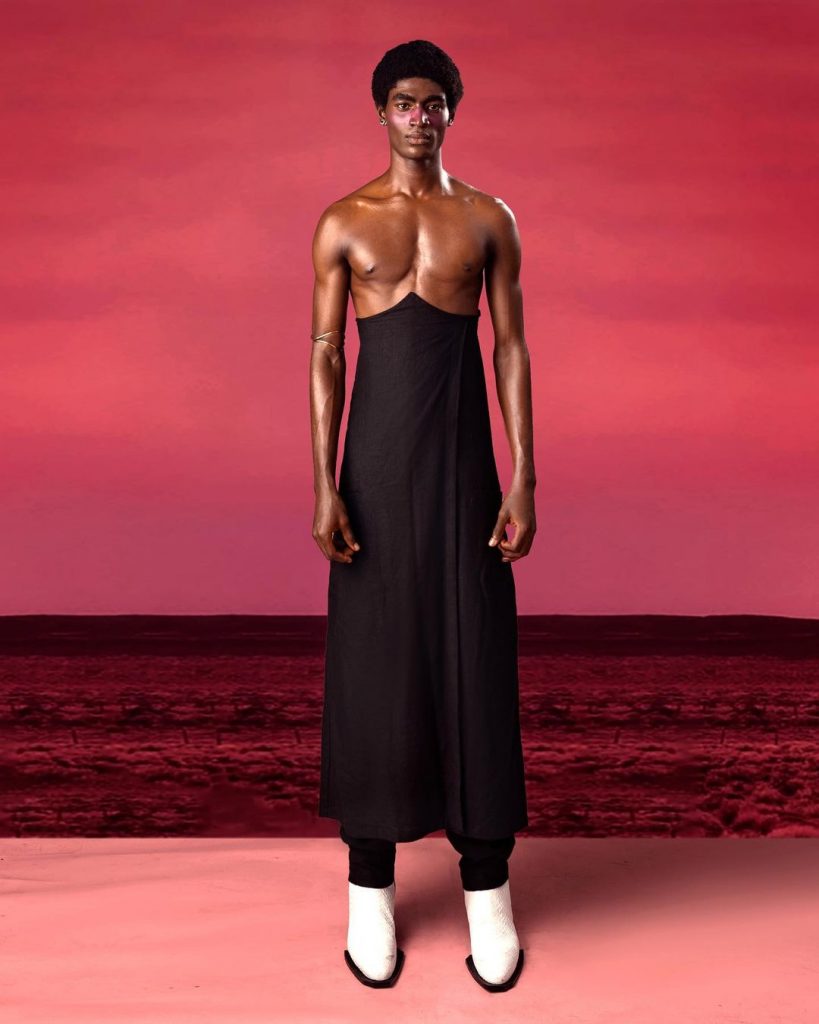 In the interview, Bayo also shared how the journey started, the negativity he has to deal with, and what helped him to keep showing up despite the vicious feedback. He said, “I started my business when I was 20. I was constantly being attacked because I didn’t go to fashion school; there was a lot of pressure. Anybody you see working in fashion and succeeding to some extent is getting half what they should be getting because what they need to succeed genuinely doesn’t exist for them. It is not an easy journey. 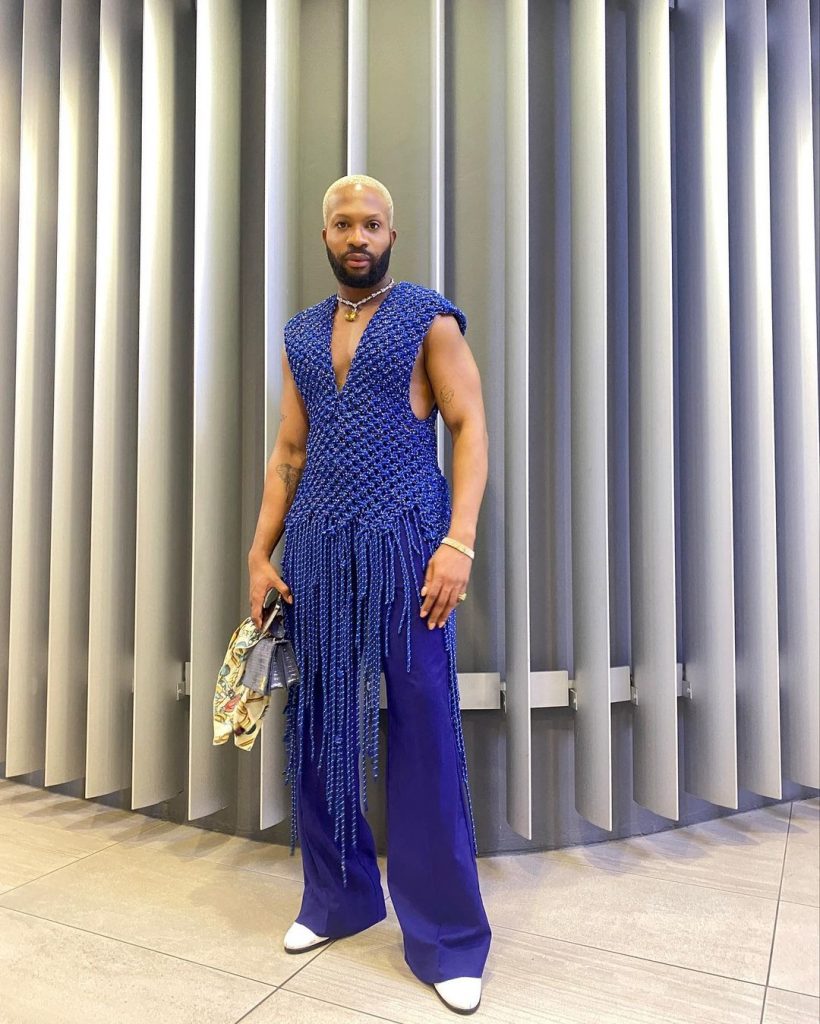 Asides from running the business, there was an emotional story behind the brand and something personal for me, which was what the orange boy article was about. I had always had the idea of confronting toxic masculinity. I realised that the reason I was being attacked was tied to the concept of toxic masculinity. I remember that the collection was about being vulnerable and open,, and this idea of men being vulnerable was such an issue to discuss. So, even when that happened, I saw the need to continue having that conversation, ‘if people are making me feel bad about saying this, maybe this conversation needs to happen, and it needs to go further, and maybe I need to push further.”

He also explained that the reactions from his parents to starting the business were mixed. “My parents are amazing. When I first started, my mom said, you can do this but go to school’. My dad, who is fantastic, too, didn’t understand it. Imagine your child coming to you and saying I want to have this career when there is no yardstick to measure successes. There was nobody at that time, when I was younger, who was successful in fashion in Nigeria at the level that I could have done the thing called successful. He’s like, who do you look up to?'”. 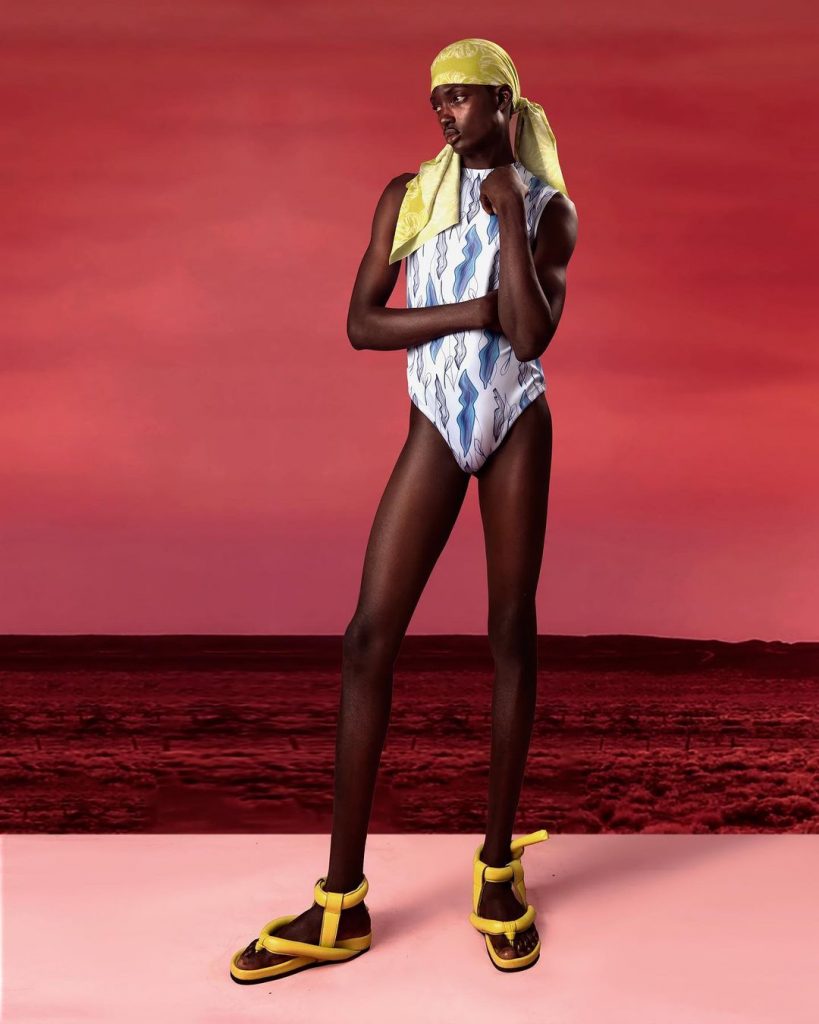 Bayo shared that the most emotional conversation he had with his father was when they had a conversation about a factory he was building. He shared, “although he didn’t say he believes in me, it made me see that he finally saw something there because I stuck to it, and I started showing him that this thing that seems unimaginable is now becoming imaginable”.

World Cup: Prepare to Be Entertained When Traveling Qatar Airways

No Newer Articles
0
yemi 25 November 2022
No Comments Yet