Marilyn Monroe, Audrey Hepburn, Princess Diana – some of the names that fly through your mind when you hear the term: style icon.

These women, in their lifetimes, drew attention, made headlines and knocked down walls with their embodied elegance and glamorous fashion choices; and it’s why they’ve become age-long influences in the world of fashion.

The year is 2017. the place is Lagos, Nigeria and we’re almost certain a new style icon has been birthed in these parts but we’re still watching. Of a truth, we had been playing with the idea in our heads but because it’s hugely debatable, we kept mum about it…until the trip to South Africa happened.

Toke Makinwa, all-round media personality and author, was in South Africa promoting her book: On Becoming last week and she stole her own show while she was at it.

After a total of five remarkable, unbeatable looks for her media outings and press rounds, we decided on something: Toke Makinwa is a style icon in the making.

We’ve watched her evolve through the times and trends and we have seen a woman who is confident in her petite body, who is not afraid to own her style, who sets the standard for the rest of us and constantly captures audiences (you’ll find proof in her Instagram comments section).

Her penchant for luxury accessories from some of the biggest names on the globe, sometimes over-the-top feminine gowns that are bound to never see the light of day after their first outing, her oversized sunglasses and travel looks plus everything else in between are what puts her in the running for this.

We cannot deny that there are few occasions of loose fits and don’t-ever-try-this-again looks but Toke remains a stylist’s delight and we see her on that moving fast on that journey to style perfection.

We’ll stop talking now and let these photos from her SA trip complete the story: 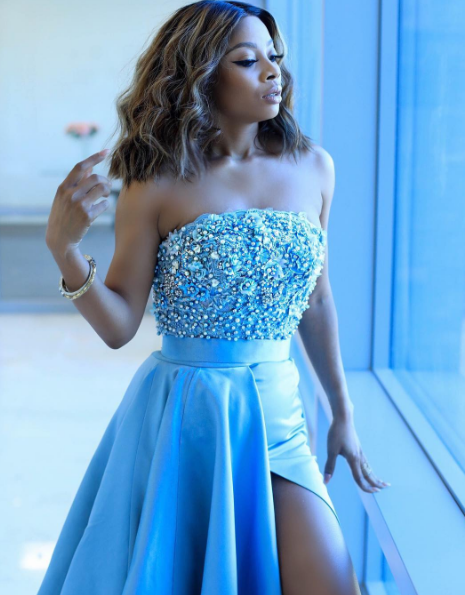 Femme By Yele: Fashion from all around the world to a single destination