This month, W Magazine writes on how the world is witnessing Nigeria’s creative golden age.

The magazine sites 2013 when Beyoncé placed a spoken passage by the Nigerian novelist Chimamanda Ngozi Adichie as the breakout moment. Since then, it says there has been a seeping, decentralized thing. Nigerian global influence today cannot be denied even though we can trace its influence centuries back even before Fela and Sade Adu.

But we enjoy W Magazine’s narrative so we read on.

In literature, music, fashion, or art, with new talents appearing at a relentless pace around the world. All of them feed off the scene in Nigeria itself—and in its megacity, Lagos, a frenetic engine of creativity says W.

An important force behind Nigeria’s cultural dynamism is its collector class, including deep-pocketed banks and corporations. Even more decisive, however, is the vast popular market for locally produced entertainment. It includes the sprawling Nollywood, but also the Hausa-language film industry, which is influential in the country’s north and gets exported to the Arab world. Nigeria’s music scene, too, allows artists to grow careers independent of foreign labels and tastemakers. “I’m able to make music locally,” says the musician Brymo, who began in mainstream pop and then moved to a more recherché singer-songwriter style. “Between downloads, streams, and gigs, people pay to see my group.”

The exponential growth of Nigerian pop music—now often called Afrobeats—tracks with the turn some 10 years ago toward a hybrid sound full of references to prior waves of Nigerian music, sung in English as well as in Yoruba, Igbo, and pidgin, a street vernacular. American, British, Caribbean, and Congolese borrowings add to the blend. It’s this music, not the more formulaic hip-hop and R&B that immediately preceded it, that has taken Africa by storm and merged with global black culture. 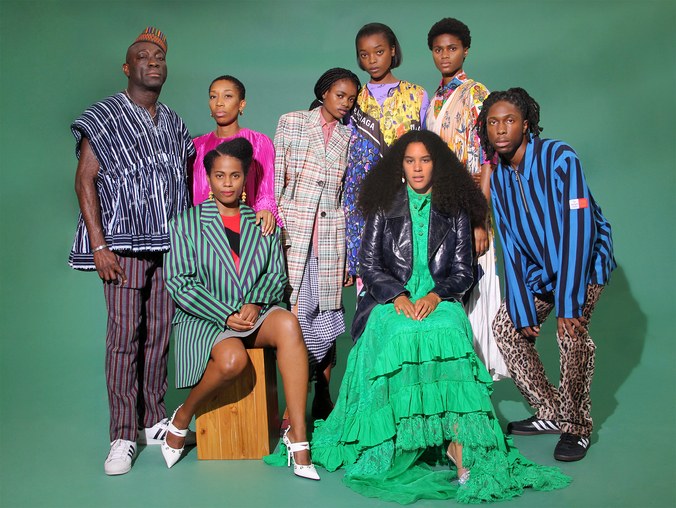 Self-belief is no culture’s monopoly, but talk to Nigerian creatives and you might be convinced otherwise. Here, the writer and journalist Chike Frankie Edozien (far left), whose recent memoir, Lives of Great Men, ruminates on what it means to be a gay Nigerian man today, stands beside the artist Ruby Onyinyechi Amanze (in pink), with Elizabeth Ayodele, Olivia Anakwe, and Imade Ogbewi, all models (standing, from left). In the front row are (from left) the writer Akwaeke Emezi, who identifies as ogbanje—a gender-ambiguous spirit that arrives from outside one’s lineage and inhabits the body—the photographer Ruth Ossai, and the talent agent Michael Rotimi. 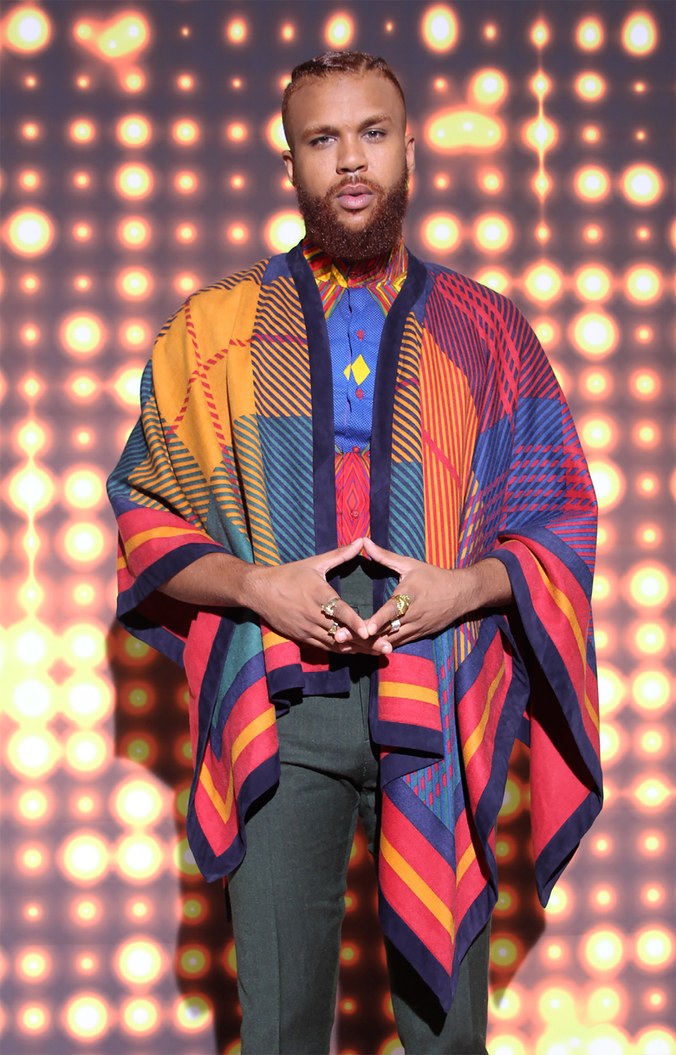 For the past 10 years, Nigerian pop has surged across Africa and the world; the trend has empowered Nigerian diaspora artists too. For the rapper, songwriter, and producer Jidenna (above), who was raised outside of Boston, “it’s a liberating evolution.“

Jidenna wears a Loro Piana cape; his own shirt, pants, and jewelry. 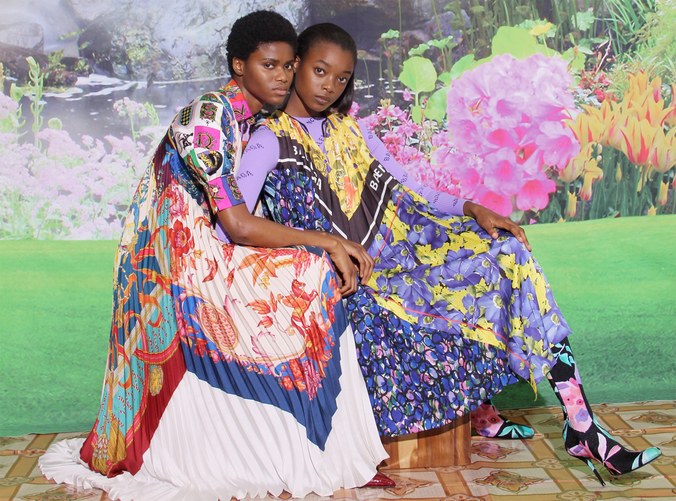 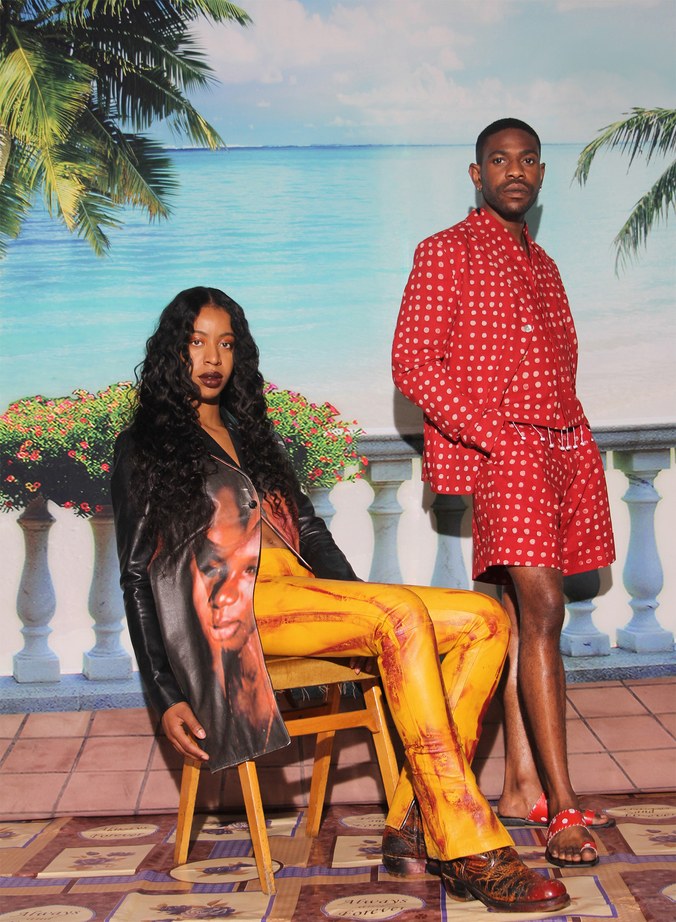 Ogunlesi wears clothing and boots of her own design. Ize wears signature pieces from his spring 2019 collection. 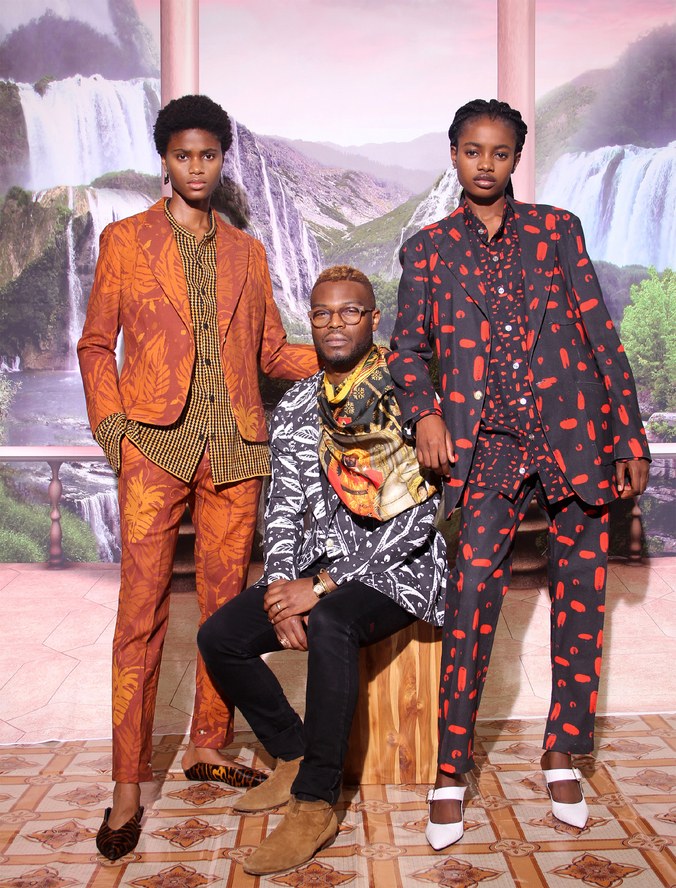 Walé Oyéjidé (middle), the lawyer turned designer behind the label Ikiré Jones, whose lavish work appeared in the movie Black Panther, believes that “clothing is a vehicle to talk about culture.” 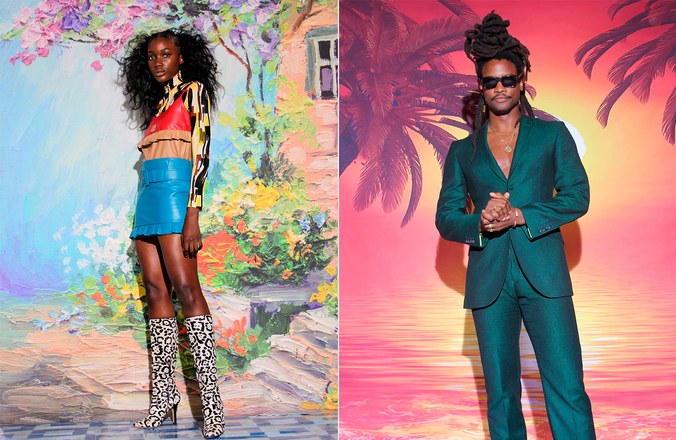 The model Daberechi (left) and London-based Akinola Davies Jr., who is also known as Crackstevens, an emerging art, music, and fashion star, with a recent project for Kenzo, a video for Devonté Hynes, and his own art film, Boot/Leg, on the street culture of counterfeit fashion. 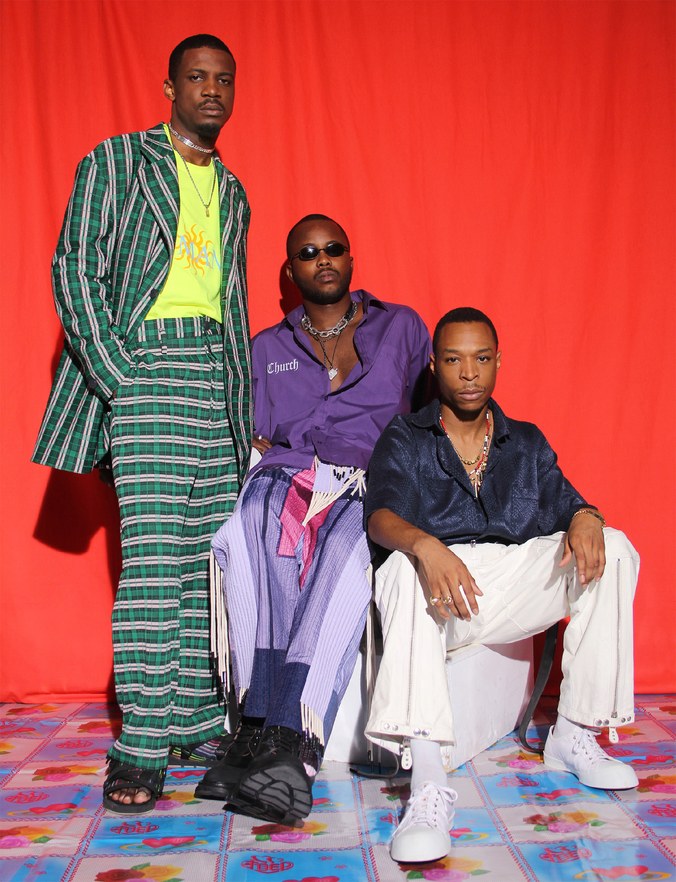 London’s Nigerian-influenced streetwear brand Vivendii, started in 2011 by Jimmy Ayeni, Anthony Oye, and Ola Badiru (from left), collaborated this year with Virgil Abloh’s Off-White and Nike on a limited-edition jersey for the Nigerian soccer team. 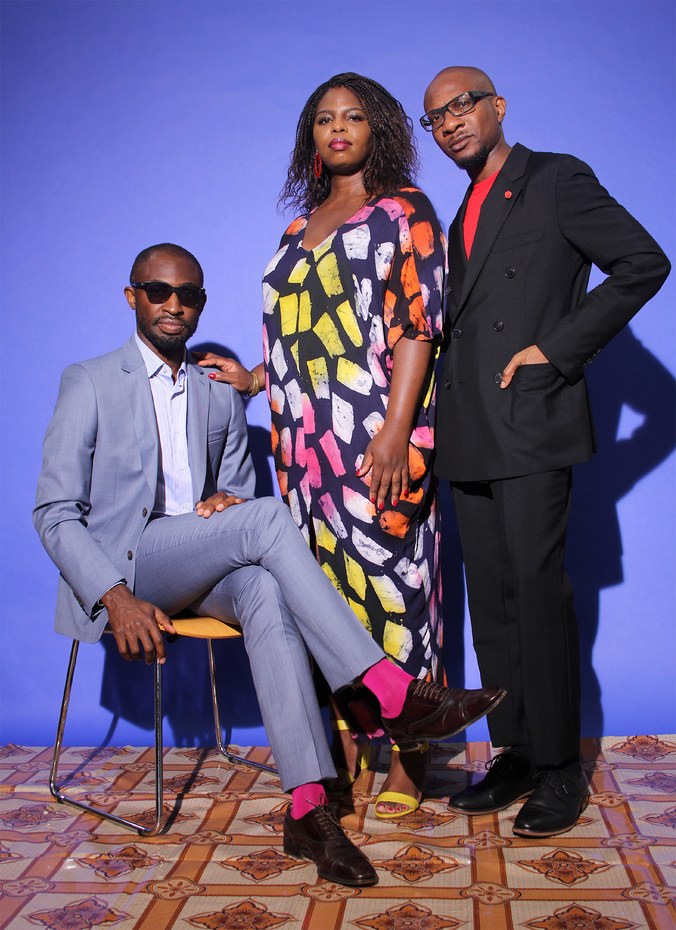 From left: The writer, filmmaker, and medical doctor Uzodinma Iweala, author of Beasts of No Nation and Speak No Evil, and director of the African Center, in New York; the writer and video artist Zina Saro-Wiwa; the critic and writer Teju Cole, who trains a meditative eye on Lagos in his novel Every Day Is for the Thief, first published in the U.S. in 2014.

SEE All The Faces Competing To Become Miss Earth 2018