Unlike many others who are recently venturing into fashion, Funmi is taking on the Nigerian fashion industry with a holistic approach that ultimately seeks to provide a platform for the fraction of players who are struggling for a break.

In this interview with The September Standard, Funmi Coker talks about her vision for MEDRAR Initiative and her keen interest in the fashion industry.

What do you do at Medrar?

Engage fashion stakeholders, models, fashion designers, makeup artists etc
Help them build a profile. Do multiple shoots. Talk about their business and how to make it better.

How long have you been on this journey and how has it evolved from inception?

My journey into the fashion sphere launched out officially in December 2015 where I served as an assistant stylist with Harvella Styles and David Tlale at the Music Meets Runway, Lagos. In September 2016, I functioned as the Media Promotion Assistant for the African Urban Fashion Show in Osun state. Shortly after, in the same year, I conceived the vision of Medrar, my fashion initiative that exists to connect all classes and diversities of the fashion world in a robust and enriched network that connects, unhindered, from bottom to top in the industry but didn’t birth it till May 2017. Done in the University of Lagos, its first edition featured 1 designer, 2 models (which I happen to be one of) 2 makeup artists and 1 photographer. I was called up in August that same year to be the student ambassador for Nigerian Students Fashion and Design Week(NSFDW) held in Lagos State and was called back in 2017 in the same capacity. Still in 2017, I was a member of the planning team for their 2017 African Urban Fashion show, Network and Chill with Sharon Ojong at Ibadan. In June 2017, we held the second edition of the Medrar initiative at Ibadan and this time we had a progressive number of shortlisted participants; 30 compared to the previous year when we had just 6. Beside these major events for me, I have participated and volunteered for a good number of grassroot fashion initiatives and offered my unreserved consultancy to those that sought it. I thrive in my resolution to keep breaking the frontiers of my achievements and limitations in the industry by engaging in more projects while building my brand and every initiatives that springs up from it. 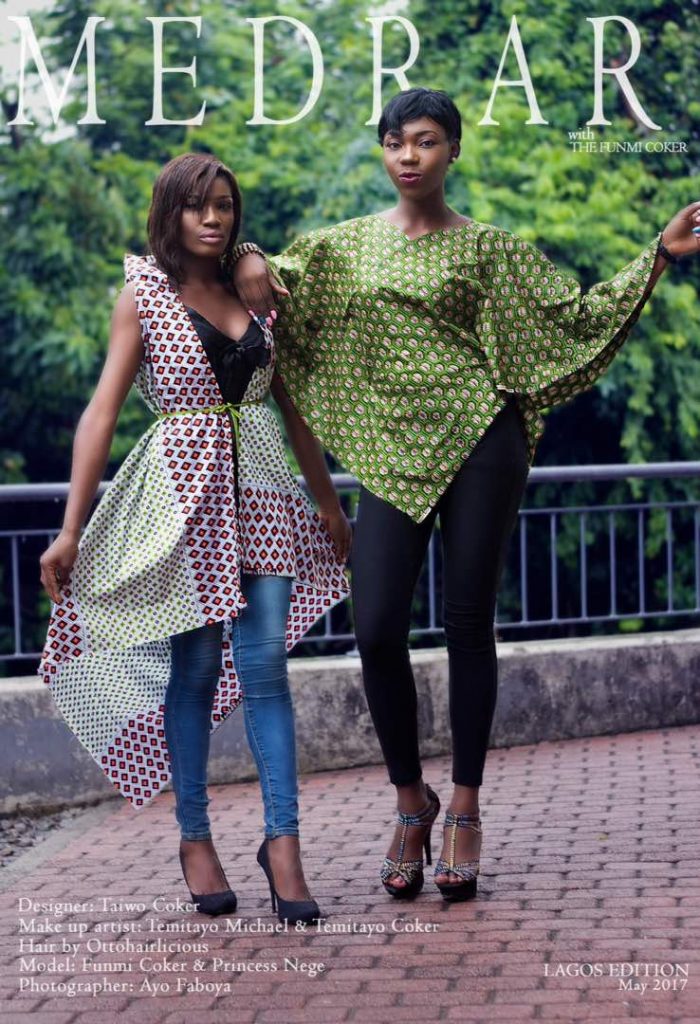 Why do you have such passion for the fashion industry?

I would love to pin a date to my passion but I don’t have one. Born into a fashion loving Lagos family, I drew enormous inspiration from my mum through to friends and everyone between. For someone who has “seen it all” as I thought then but still couldn’t take her heart off fashion I knew there had to be more to my unconditional attachment which led me to try out everything fashion that came my way from sewing to modeling to blogging to vlogging…. and although still evolving I have found an aspect that piques my interests and offers me unlimited expression of my passion and that is show production.
Fashion explores my insatiable desires for inward depth and outward expression. I find nothing else that can get me to that sphere.

At what point did you realize you were not going to follow the industry crowd?

I really wasn’t burdened with the problem of crowd because I always believed that if you are clear on a path and trail it you can’t be entangled in another’s. I just plugged into my passion and concentrated on my craft, no two individual has the same skill set and competence mix and that’s what set me apart. I didn’t exactly decide on not following the popular trend, I just simply followed the direction my passion led me through and found myself distinctly evolving. 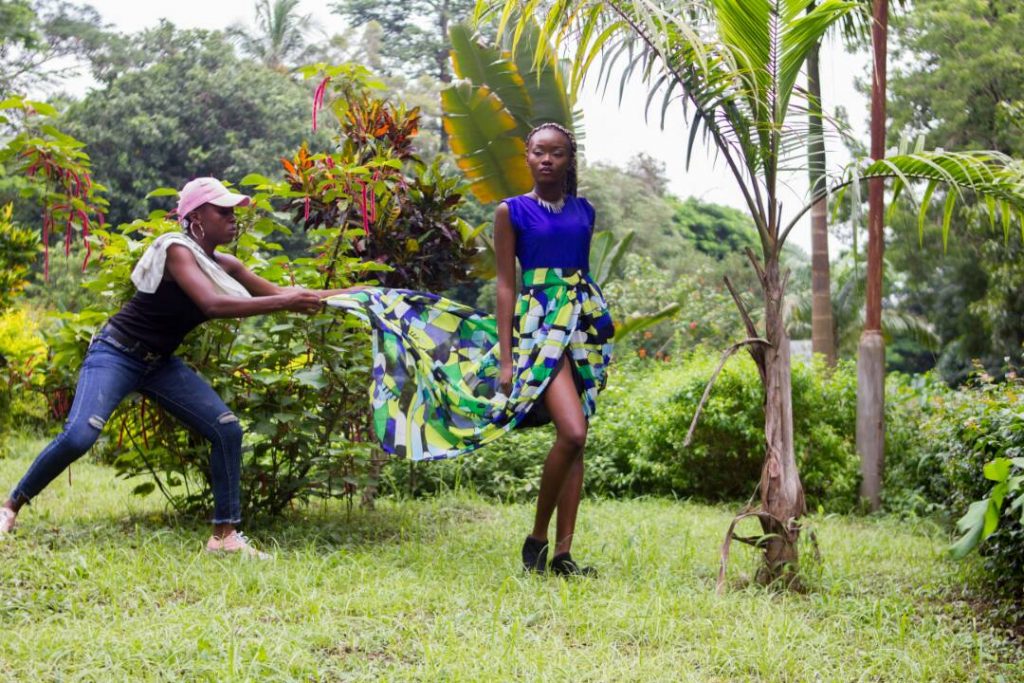 What is that gap in the Nigerian fashion industry that you aim to fill?

There is so much disparity between the industry flag bearers and upcoming talents, like a complete cut off as though it is impossible to every attain a dream height in the industry. My desire is to see a fair and corrupt free progression of talents regardless of their background who are relentless in their pursuit to attain the top. While the issue of complete eradication of nepotism and corruption isn’t a day, month or year project, I hope to contribute my quota in ensuring that a determined, hardworking fashion caterpillar metamorphosing into a butterfly becomes the modus operandi in the industry.

How strong is your team? And how were you able to convince other young people to join you in doing the work?

My team comprises of individuals who are strong in different areas of the fashion industry. Working with them on this project has been made easy by their different working experiences. Oh well I’m a pretty convincing person… LOL! 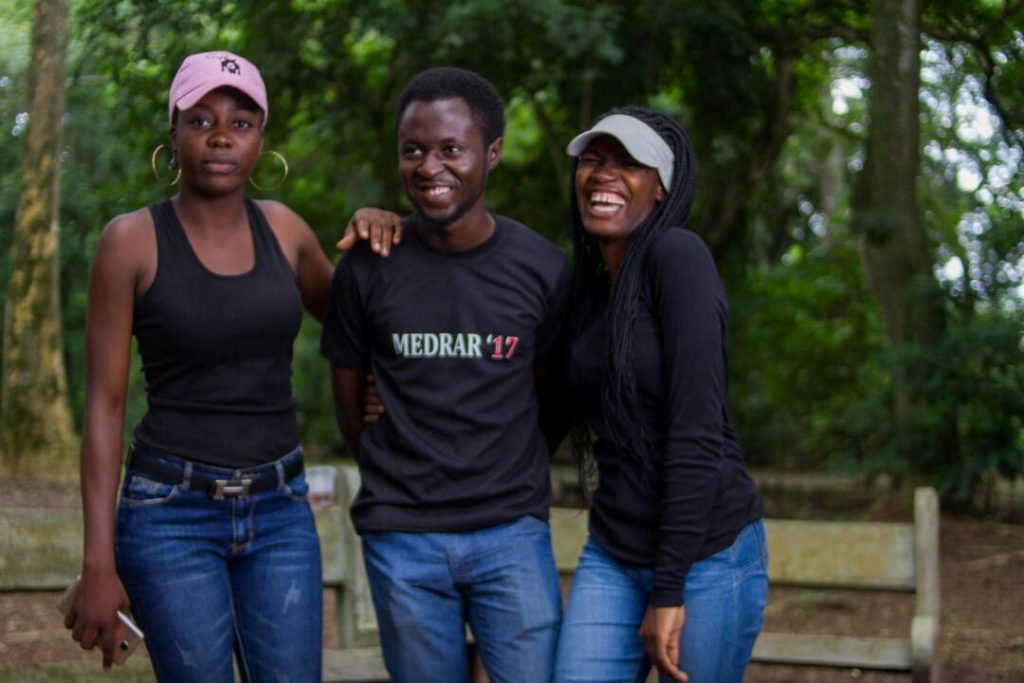 When people see how hard you work towards something you love it’s very hard for them to turn you down. This current generation is filled with people who like to get things done and all want to be a part of something inspiring. This initiative is all about solving a problem in the fashion industry and once I was able to pitch that to them they were excited to work with me and share their knowledge for the greater good for the industry we all love.

How have you funded MEDRAR so far?

Largely personal saving and angel investors. Being more of an NGO in its beginning phase, you would agree that it requires a lot of my personal resources for initial stability before it becomes profitable business that will appeal to external investors. However, the initiative itself remains nonprofit but we intend to create a self-sustainable system around it for its continuous and smooth existence.

Although the big picture requires planned-out years of goals and objectives but we have, since inception, only been making yearly plans and that means we have 2018 planned out alone for now.

How do you merge your work with school demands?

I school in Osun state, my team school there and I have a representative in university of Benin. Also, internet has made work easier. Once we can plan well, it’s really not that tough.

Like Lupita, you too can recreate these 7 hairstyles from J.D Okhai Ojeikere's photo series