In the past two weeks, media personality and luxury bag designer, Toke Makinwa has been updating fans and customers on urgent affairs relating to her newly-released bag line, TM Luxury.

In December 2017, when the debut collection consisting of the Melanie and Roseline mini bags first went up for sale, the latter sold out in about 24 hours with Toke proudly announcing that there would be a restock as it was apparent that people were asking for more.

With the evident kickoff success of the brand also came heavy criticism in the comment section where the N30,000 product price was called out for being far from affordable. Weeks after that momentary stir, it turned out there was a lot more wrong with the TM luxury handbags than its price.

On 11 January 2018, the TMbyTokeMakinwa brand released a statement announcing “a delay in scheduled deliveries due to factory flaws” in some of the product units. We learned from the statement that some of the bags that had already been delivered had been called back for rectification and product replacement for affected customers. 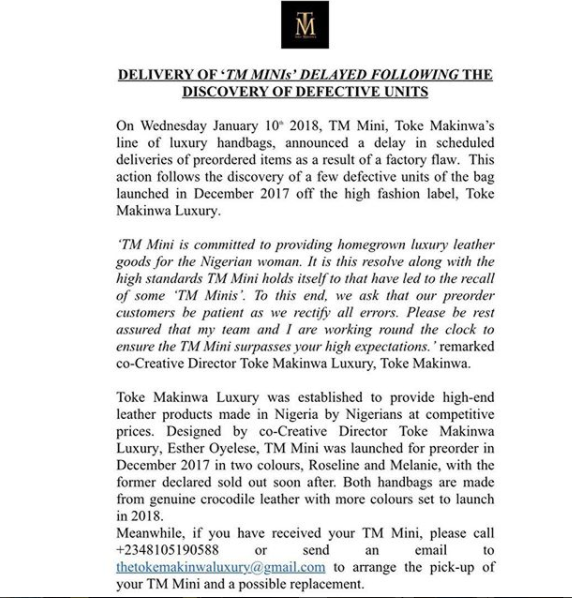 This challenge provided an opportunity for the brand to return to the drawing table. Beyond the said factory flaw, the TM bags seemed pretty basic and had hardly any striking, impressive feature(s) that could send customers back for repeated purchase. To be fair though, it was too early to make such conjecture as the Melanie and Roseline bags were only products of the debut collection that could easy pass for a test run.

Yesterday, Toke shared a photo of a refined version of both bags. Changes had clearly been made and the facelift was palpable. The croc design on the new bags had been reworked and they looked like they had gotten a matte finish unlike the previous ones. 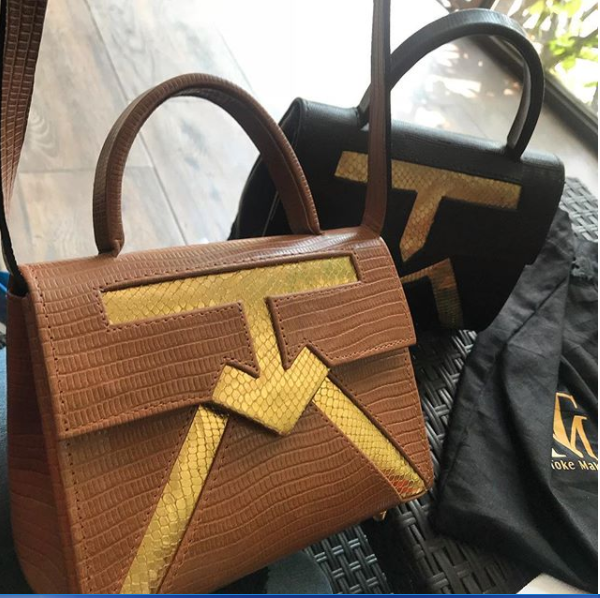 Although we appreciate Toke Makinwa’s honesty and transparency through the entire process in addition to her drive to achieve the highest possible quality, would it now be too much to ask for a complete revamp?

Toke Makinwa ‘flies’ in style! Here are 10 of her best travel looks

How Gert-Johan Coetzee is turning Nigerian female celebs into princesses

Are you ready for Toke Makinwa’s luxury bag line?

5 celebrity looks that blew us away over the weekend