First Lady of the United States, Melania and her husband, Donald have ended their first international trip.

While the president has given the media so much to talk about from dancing with swords in Saudi Arabia to shoving Montenegro’s Prime Minister, Melania has successfully managed to be the star of the trip – thanks to her fashion choices.

From Saudi Arabia to Rome, Brussels to Israel and finally Italy, Melania Trump has proven that when it comes to style, she is one to respect. Though it took a trip across the globe to get that message out there, we think the fashion world has finally come to terms with the fact that Melania is capable of nailing her chosen looks.

Here are a few lessons we learnt from Melania’s wardrobe options: 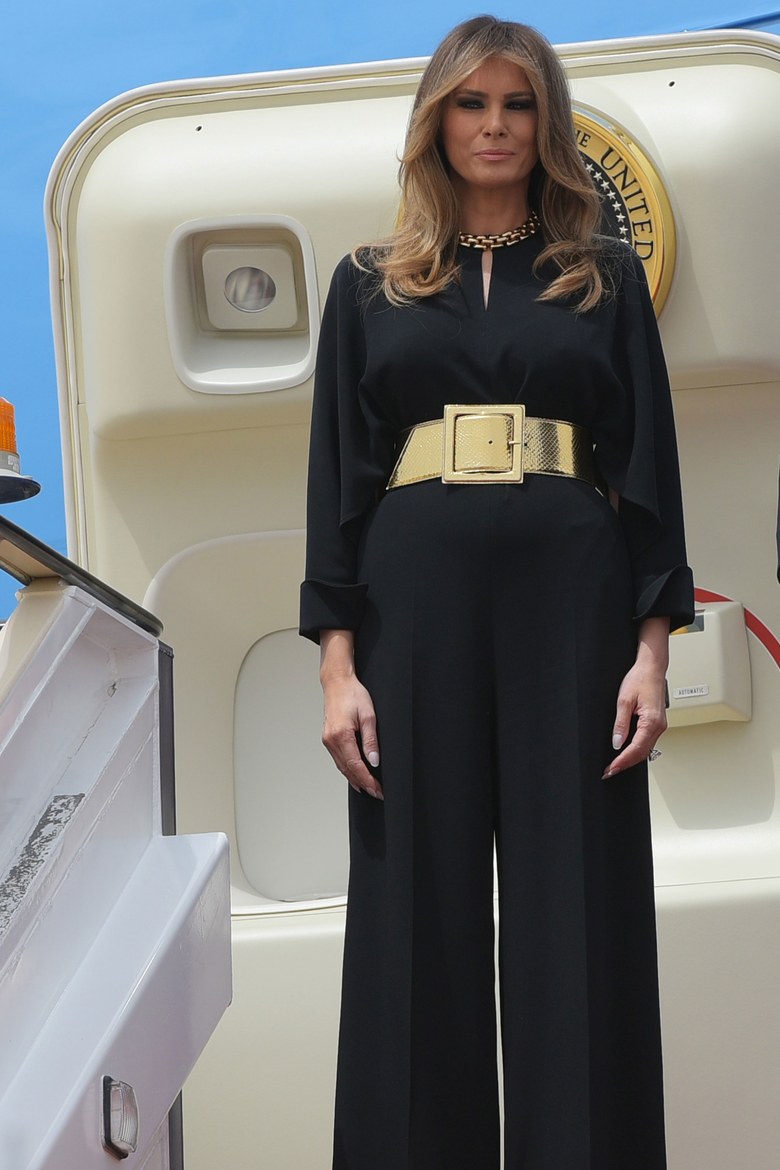 2. Manolo Blahnik is the official FLOTUS shoe designer?: Valid question to raise considering Melania paired more than half of her looks on the trip with shoes from the designer. In Brussels, she wore this beige skirt suit by Belgian designer, Maison Ullens and paired it with snakeskin Manolo Blahnik stilettos. Notice the belt? 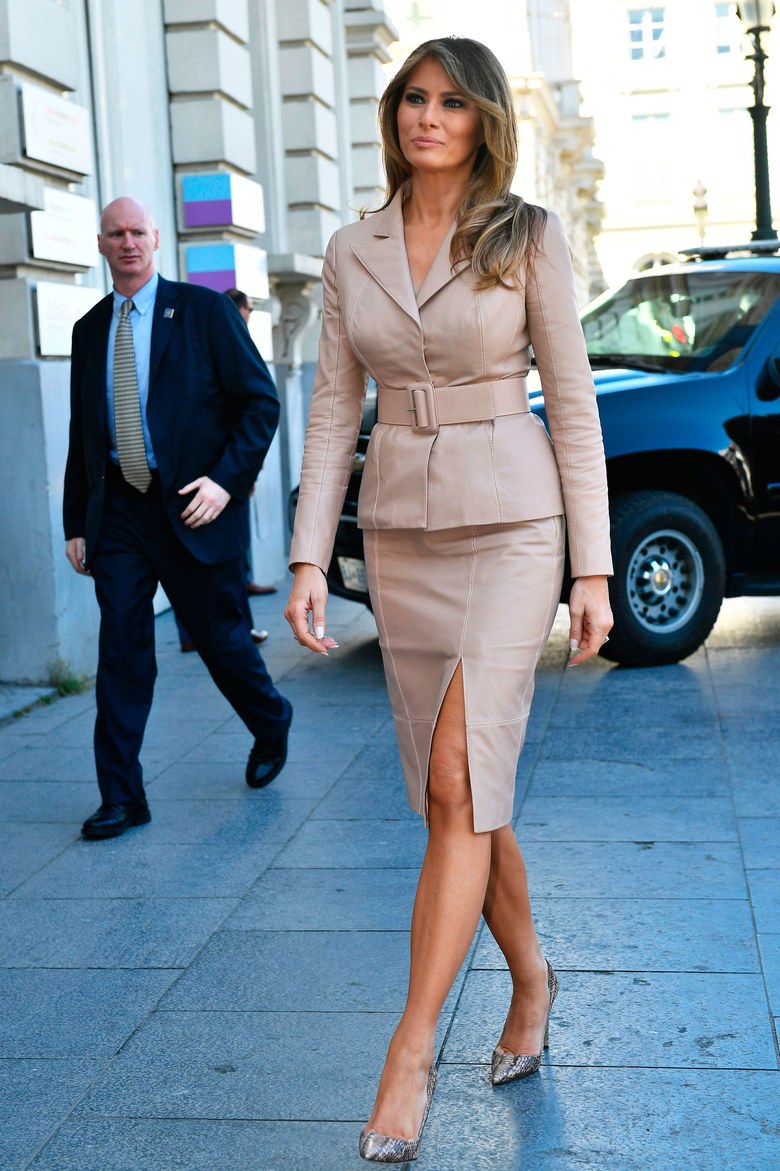 3. We had better get used to her structured outfits: Plus the belts and Manolo Blahniks, we also learn that Melania may not be caught in flowing and flared outfits. For most of the trip, she stuck to structured pant and skirt suits. In Israel, she sported a white Michael Kors suit in a look that features everything we already mentioned. 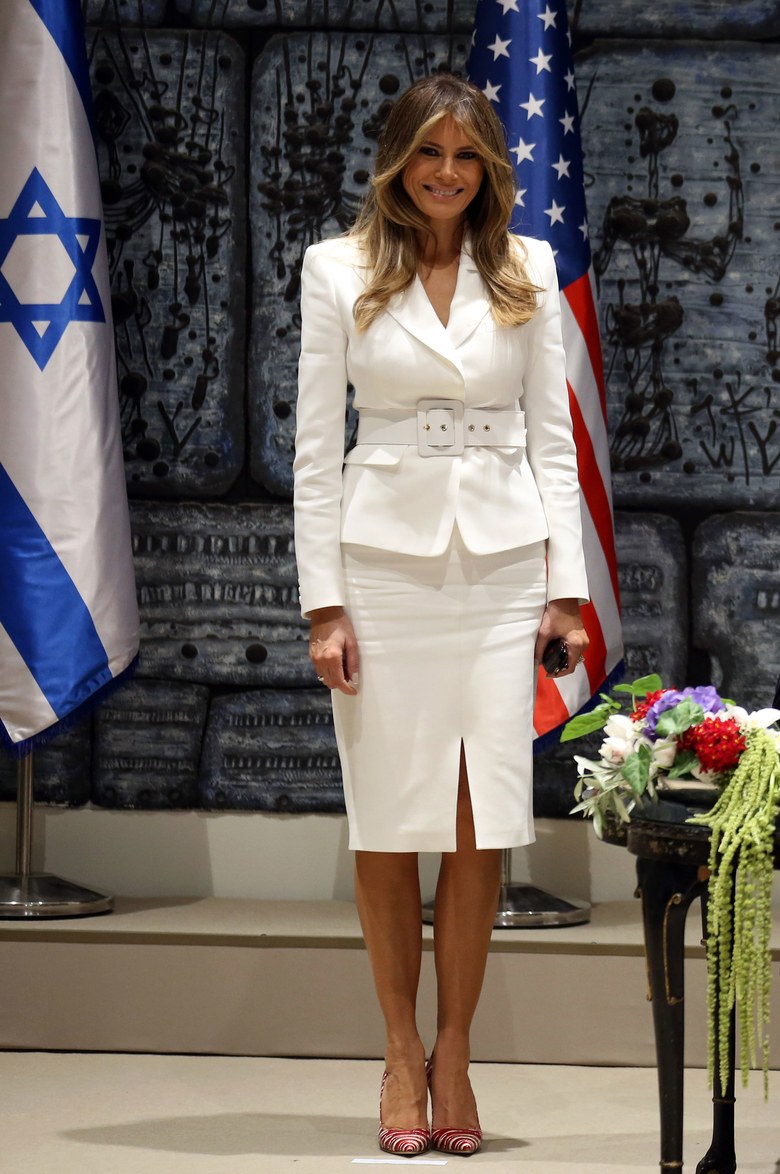 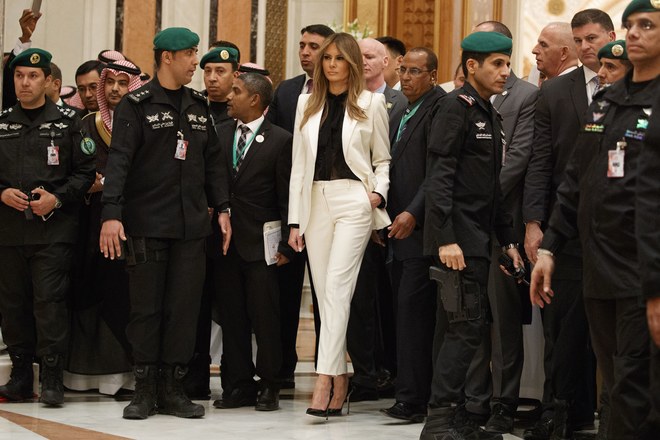 4. Gingham just got sealed by Melania: Few posts ago, we told you that gingham is this season’s biggest trend and the First Lady may have provided the seal of approval for that. Rome was the city where Melania donned her eye-catching Dolce&Gabbana gingham dress and coat paired with matching gingham stilettos from *you guessed correctly* Manolo Blahnik. And of course, the coat came with a belt. 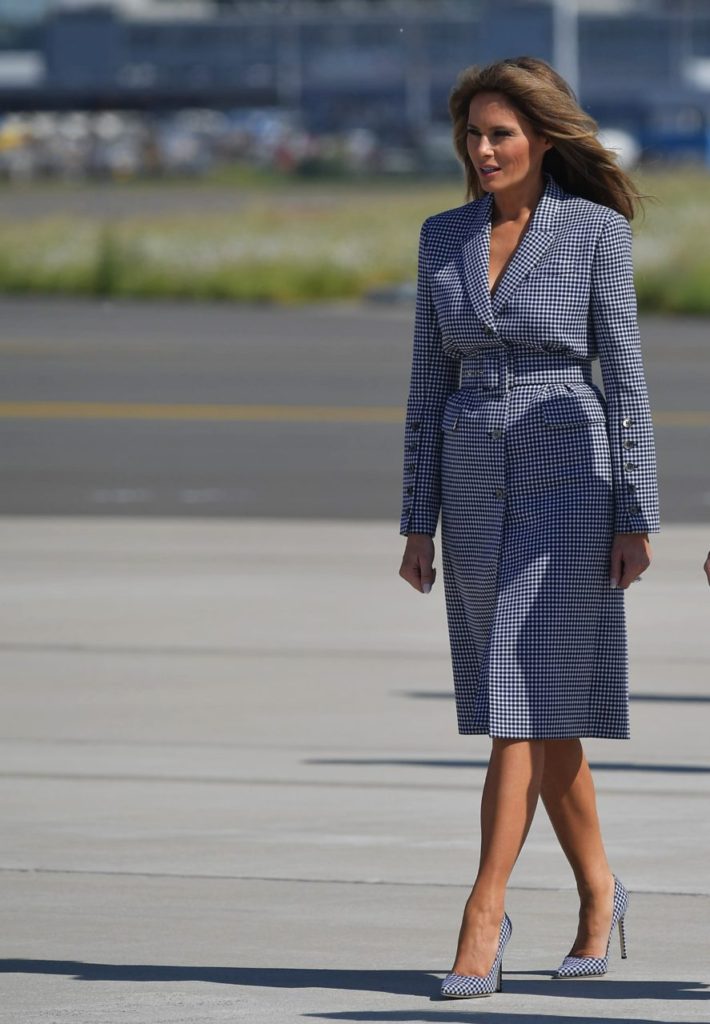 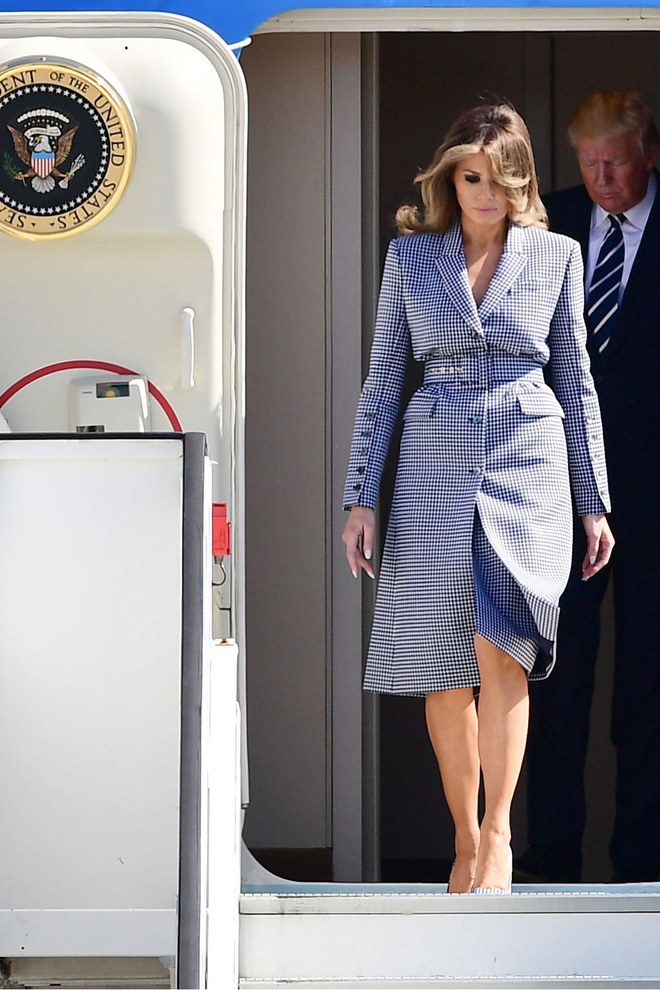 5. Melania studies the environment: She was highly praised for that winning arrival look in Saudi Arabia which reminded a few of the Muslim abaya and she didn’t stop there. On a tour of Murabba Palace led by Saudi’s King Salman, Melania was seen in a floor-length Reem Acra fuschia dress with a cape-style and drape sleeves.

6. She’s the wife of the American President so luxury fashion is always a thing: We needed to be subtly reminded of this fact so for her day out in Sicily, Italy, Melania Trump chose a Dolce&Gabbana 3D embellished jacket that costs a whopping $51,500 and pairs with a matching purse. 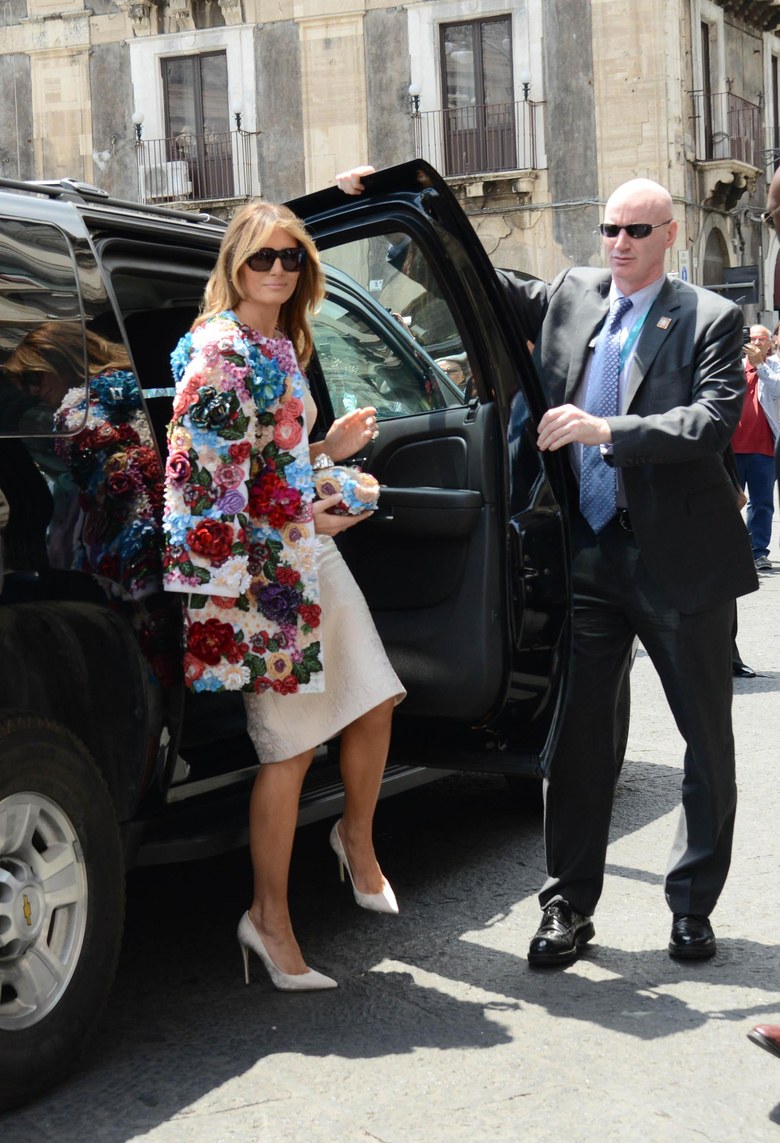 Just so you never forget… 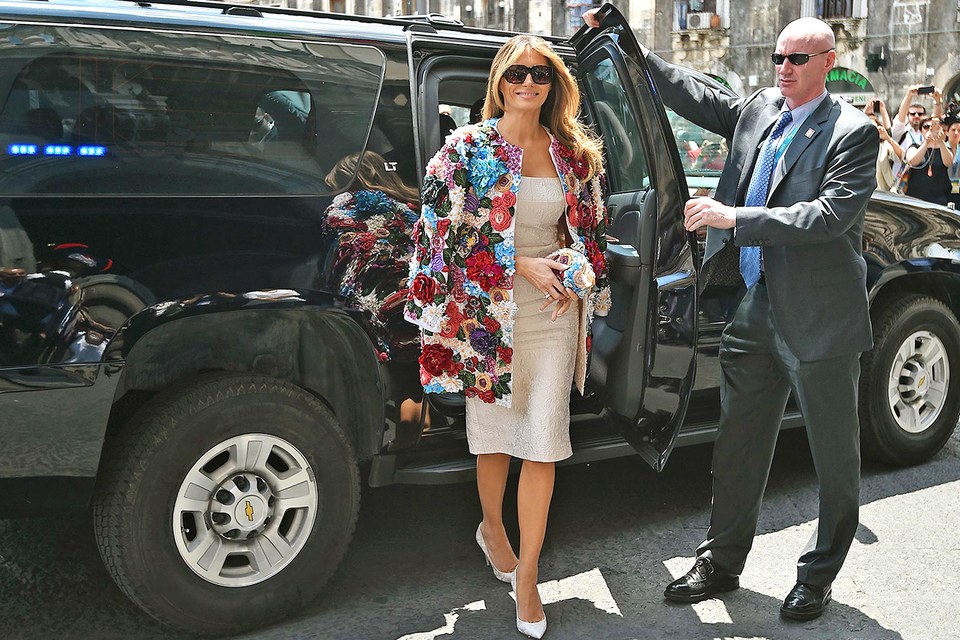 Later that day, she switched to another Dolce & Gabbana outfit but this time, a silver shimmery dress and matching stilettos.

Choosing exquisite diamond rings for the lady of your dreams