Formula One driver, Lewis Hamilton is making a bold political and fashion statement in the latest issue of GQ Magazine. The 33-years-old wore a tartan kilt to ‘make amends’ for his behaviour last year when he posted a video scolding his nephew for wearing a ‘princess dress’.

To show how sorry he was, Hamilton is taking advantage of pride month to show solidarity for all orientations. “I still hold regret for it today, but ultimately I think it’s important in life for people to be held accountable for their actions and particularly their words, and I was,” he said in the interview.

“I’ve been through quite a lot [of criticism], although there are things I regret in my life, I wouldn’t go back and change them, because if I did I wouldn’t be the man I am today, I wouldn’t have the mindset I have today.”

On the GQ cover, Hamilton wears a patchwork tartan kilt. In the fashion editorials, he also wears a black kilt as well. “I wouldn’t have grown if I hadn’t fallen and stumbled and gotten back up. A lot of the getting back up from the things I have experienced has been so tough that I didn’t think I would make it through, particularly with [what happened recently].”

He has also apologised on social media after removing the video. “My deepest apologies for my behaviour as I realise it is not acceptable in the world today for anyone, no matter where you are from, to marginalise or stereotype anyone.” 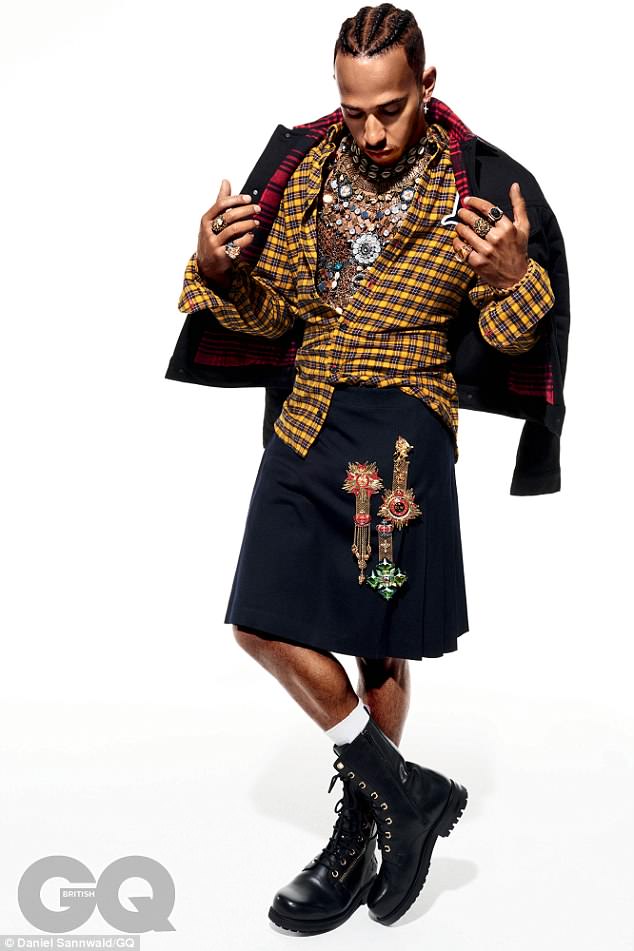